I don’t believe in change for change’s sake: Karen Grega 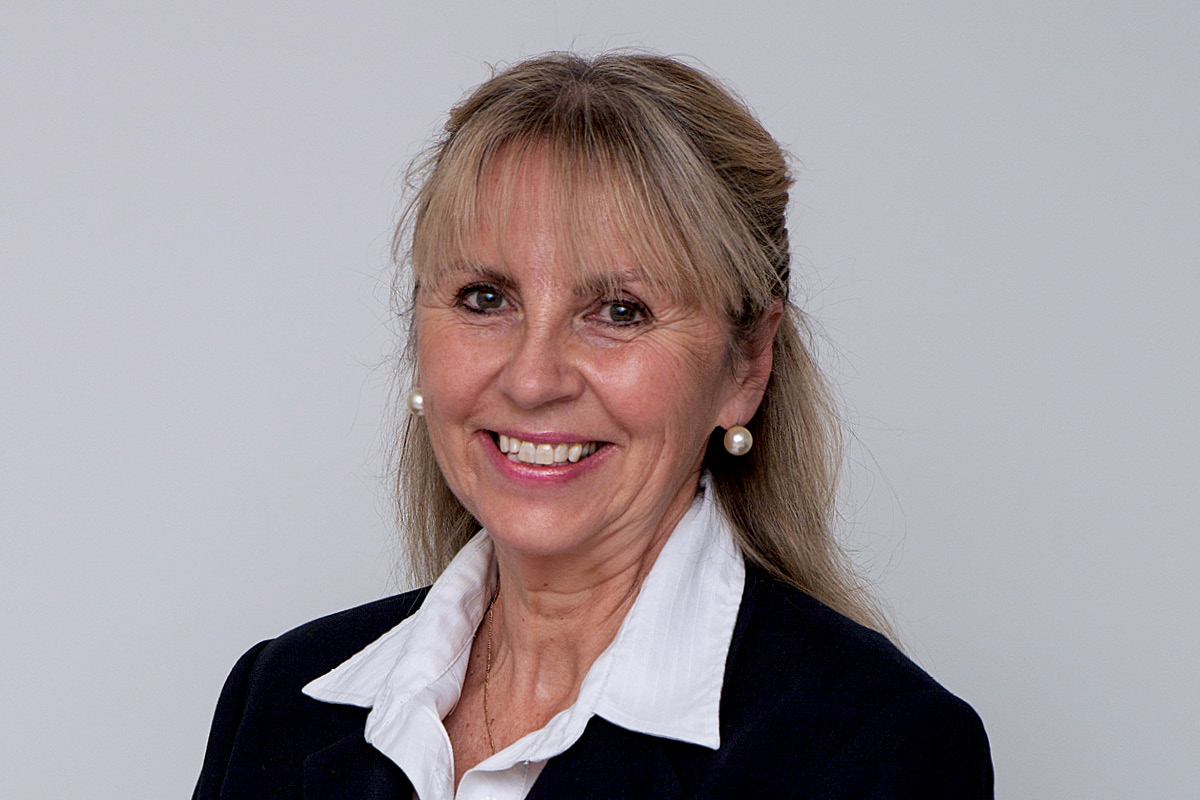 Every year, for the past 73 years, more than 100 vessels sail kilometres across the Tasman Sea and Bass Strait, and through Storm Bay and the River Derwent in yachting’s ‘Everest’ – the iconic Rolex Sydney Hobart Yacht Race. Since 1945, the identity, camaraderie and spirit of this prestigious race has been upheld by the Cruising Yacht Club of Australia (CYCA), a leader in ocean racing and sea safety in the country. “It all started with a group of friends taking a leisurely cruise down to Hobart on Boxing Day when, suddenly, Captain John Illingworth suggested to make a race of it,” says CYCA CEO Karen Grega. “Little did they know that, nearly 74 years later, that race would leave one of the greatest legacies in sailing’s history.”

Karen isn’t afraid to admit that she didn’t know much about sailing when taking on the top job in 2016. What she did bring to the table was more than 25 years’ experience in venue, memberships and event management for some of Australia’s top sporting bodies – from the Sydney Cricket and Sports Ground Trust and Sydney Football Club in the A-League to the International Cricket Council and the Scottish Football League. “I wasn’t hired as a sailing expert – we have a highly experienced sailing department for that. I believed I could add value to the management of events, venues and memberships in the club.”

Throughout her career, Karen has overseen national and international events including the World Cup and Olympic Games Football qualifiers, State of Origins, NRL Grand Finals, Bledisloe Cups, AFL finals series and International Cricket matches – not to mention concerts by The Rolling Stones, Michael Jackson, Barbra Streisand and Elton John. So it would be an understatement to say she was qualified to take the wheel at CYCA. “In my first year, I helped upgrade the look and feel of the Sydney Hobart race villages in both Sydney and Hobart as well as introducing our now annual corporate launch luncheon, where we hear from the previous year’s winner and at the same time raise important funds and awareness for safety at sea,” Karen explains.

Noticing the growth of sailing in Asia and the number of entries received from the region, in 2016, for the first time, Karen had Notice of Race for the Sydney Hobart race translated into Mandarin.

“Realising the impact of Asia’s ageing population and increasing health costs, the Chinese government introduced the 2016–20 National Fitness Plan to promote recreational sports such as sailing – which was once reserved for the elite,” she says. “We’re now working closely with Chinese clubs and associations to provide guidance as to how to grow the sailing industry in their country and assist them entering the race.” CYCA’s race management expertise has also been called on over the years for international sailing events such as the Olympics and round-the-world races.

One of the challenges Karen faced when joining CYCA was finding a balance between preserving traditions and embracing change. “Coming in with strategic instructions from the board, I had to act as an agent of change. But I don’t believe in change for change’s sake,” she notes.

“Preserving the history and integrity of the club and the race is paramount, but we’re also a business in 2018, so it’s important for us to be sustainable. With some 3,000 members, we’re a club with an ageing membership and one that relies heavily on volunteer support, so it is important to continue to attract and maintain our volunteer base in both Sydney and Hobart to assist with the running of the Sydney Hobart Race. This is especially important given there is no financial support from the New South Wales or Federal government despite the race being identified as an event of national significance.”

Karen is excited to announce the launch of CYCA’s fully refurbished clubhouse in Rushcutters Bay in October this year. “It’s been 18 years since the last renovation. There have been challenges in working within our existing footprint given our planning constraints,” she adds. “The refurbishment was also timed to finish well before the Rolex Sydney Hobart Yacht Race in December, as well as prior to the Invictus Games in October.” CYCA’s temporary clubhouse during the refurbishment will act as a base for competitors, families, supporters and the media during the fourth Invictus Games. Founded by Prince Harry, the Games use the power of sport to inspire recovery, support rehabilitation and encourage respect for wounded servicemen and women. This year, more than 500 competitors from 18 nations will compete in 10 different adaptive sports across Sydney. “This is the first time sailing will be included in the Invictus Games and we’re delighted to participate as the sailing venue and location for the medal ceremony,” Karen says.

Next year, CYCA will celebrate its 75th Anniversary, along with it being the 75th Sydney Hobart Race “While there’s a focus on these huge milestones, we must continue to develop a sustainable structure for the club itself beyond that. Like all businesses, we have to be flexible and adapt to change,” says Karen. “The race’s international profile is growing each year,” she adds. “Last year, we had 27 international entries representing more than 26 nationalities participating in the race, so we’re always looking at how we can engage audiences both locally and overseas for the duration of the event.”

Karen says new digital platforms and technologies will play a substantial role in ensuring the longevity of the race, building on the growth of eSport. “Social media has helped us extend our engagement with international markets and, in 2016, the race was livestreamed in mainland China for the first time through LeSport.

“In 2017 through ‘Virtual Regatta’, around 40,000 people were able to sail the Rolex Sydney Hobart Yacht Race from the comfort of their own homes for the first time, which would be ideal for me because I get seasick,” Karen laughs “This virtual platform is only going to grow in the future.”

The 2018 Rolex Sydney Hobart Yacht Race is expecting to see more than 90 yachts lining up at the start on Sydney Harbour this Boxing Day. With supermaxi yachts including Comanche, Wild Oats XI, Scallywag, InfoTrack and Black Jack expected to enter, the race for the finish line will be fierce.

The status of the Sydney Hobart race was elevated to a higher level in 2002 through sponsorship from Rolex – voted in consecutive years as “the most reputable brand on the planet”. “It’s up to us to continue to raise the benchmark as one of the top three ocean races in the world,” says Karen. “Looking ahead, one thing remains constant, and that’s the need to produce sailors to carry on the legacy of the Sydney Hobart Yacht Race.”

“Looking ahead, one thing remains constant, and that’s the need to produce sailors to carry on the legacy of the Rolex Sydney Hobart Yacht Race.”

One of CYCA’s most remarkable success stories is its Youth Sailing Academy (YSA), established in 1993. “The club relies on the next generation to carry on its sailing legacy. This year, the YSA celebrates its 25th anniversary, having developed more than 2,000 graduates who have gone on to participate in America’s Cup challenges, round-the-world Volvo Ocean Races, the Olympic Games, and of course the Rolex Sydney Hobart Yacht Race. Through our longstanding relationship with the Laurence Freedman Foundation, we make sure we give sailing opportunities to school children from throughout Sydney, but particularly those from the western suburbs.”

CYCA is also a strong proponent for women in sailing. Since 1946, women have been fighting for the right to race and, while some barriers have been removed, Karen feels there is always more that could be done. “We have two female board members, and one of the most experienced sailing managers and race organisers in the country, Justine Kirkjian, who will this year manage her 18th Sydney Hobart Yacht Race. “Then there’s renowned Australian skipper Wendy Tuck, who made history in July when she became the first female skipper to win the Clipper Round the World Race, and internationally acclaimed navigator Adrienne Cahalan. Both are club members and perfect examples of formidable sailors, and not just because they are women,” she says.

And in summarising her management philosophy – “It’s about leading by example, treating your failures as lessons, being hands-on and, most importantly, staying true to yourself.” 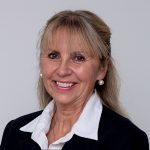