It is said that to be successful, you must love your work. There’s no doubt Mark Chapleski fell hard for golf. His relationship with the sport has been a lifelong romance, beginning as a player and continuing on to becoming boss of the international division of the world’s largest golf management company.

Mark was in his twenties when he teed off with the best of them, competing on tours around the US, including several swings on the PGA. Thirty years later, despite no longer playing professionally, he is arguably an even bigger player as the President of Troon International. Based in Dubai, he is responsible for the international operations of 40-plus golf courses scattered across countries in Asia–Pacific, the Middle East, Africa and Europe.

It’s a huge challenge, navigating the unique dynamics and cultural attitudes pertaining to the various regions, and while best practice models are implemented on central resources, such as agronomy, operations, sales and marketing, individual ownership has to be respected.

“By no means do we have a cookie cutter culture, that’s impossible,” Mark explains. “But we are looking for continuity, whether it be similar standards in the look and feel at reception, or the booking system online. It’s up to us to spend extra money on photography, or upgrading the website; things owners may not recognise as important. We do our best to get them to understand how critical these things are to image.

“Most are pretty good and understand our recommendations are not just a nice thing to do, but have a reason behind them. That’s why they brought us on board, and our work is made easier by their commitment to the brand. Yes, it’s going to cost money, but it’s going to bring money back in. There has to be a level of trust.”

Despite the enormous global reach Troon enjoys, Mark is conscious of the global decline of golf and the need for change in a game dominated by outdated regulations and etiquette enforced by elitist members clinging to a heritage that goes back centuries. Hundreds of golf courses around the world have closed and in the US alone, the number of players has plunged from a peak of nearly 30.6 million in 2003, to 20.9 million in 2016.

“That’s something we’re fighting, year in, year out – trying to get the youth more interested in the game,” Mark says. “Millennials and the younger generation just don’t have the attention span. So, we’re looking at initiatives to attract them.

“Millennials and the younger kids just don’t have the attention span. So, we’re looking at initiatives to attract them.” 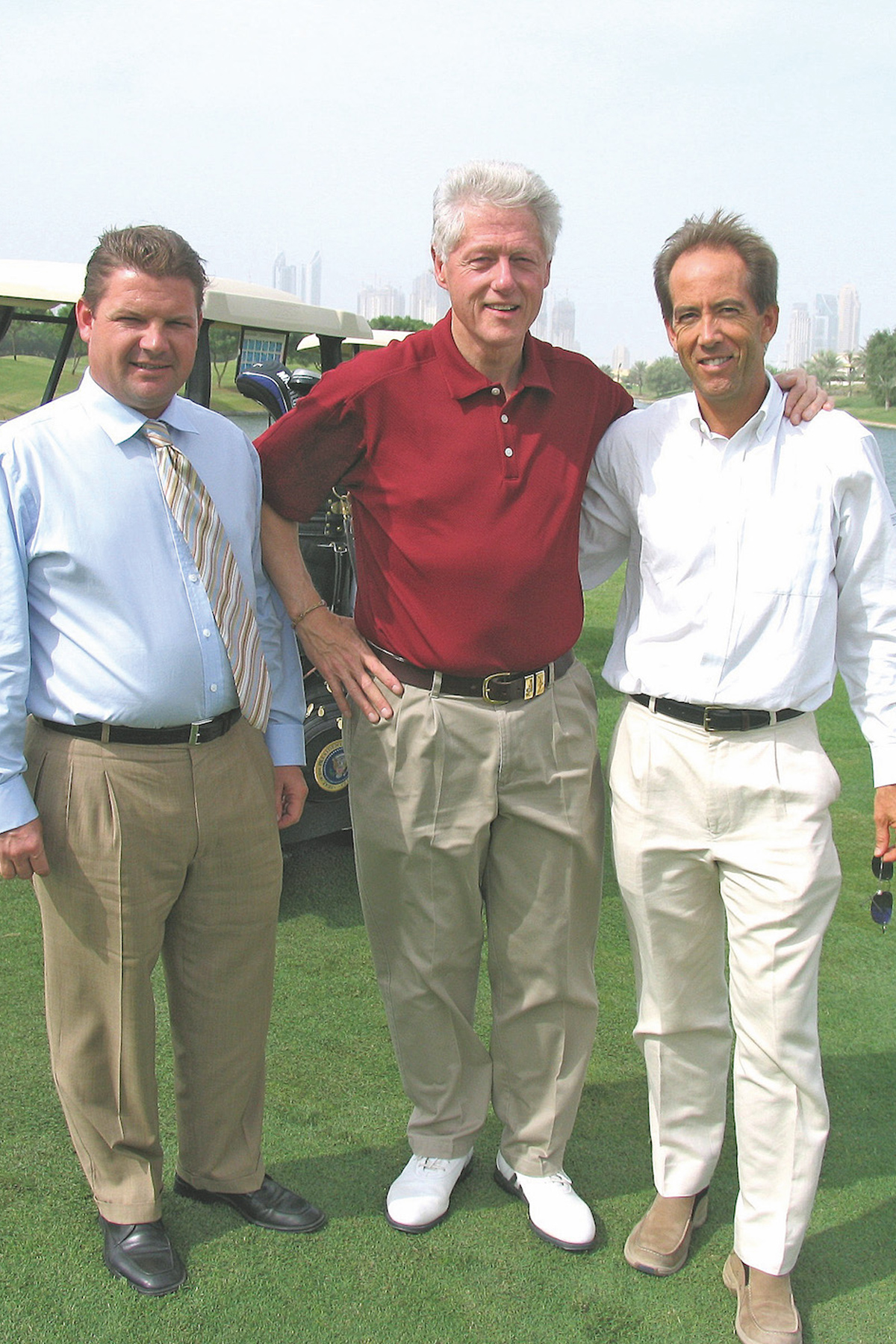 “Our CEO, Dana Garmany, is fantastic with this. He’s very open-minded and not stuck on minor things. He’s relaxed the dress code and is thinking of other ways to engage younger players.”

One strategy proving popular is the introduction of foot golf, where a soccer ball is kicked along the fairway into a 53cm cup. Mark admits when the concept was introduced in Dubai, opposition was fierce.

“Many members were completely opposed, saying ‘How can you do this to our golf course?’ But it has proven to be fairly successful and actually introduced a whole different group of people to a golf facility. We’ve also got Troon Family Golf, a program allowing children to play for free after a certain time, and the Troon Junior Golf program, which allows the kids to join for a nominal fee and use the practice range for free during certain hours. Another idea is getting music on the golf course and promoting the fact that if you want to listen to your stereo while you’re playing a round, go ahead.”

GolfBoards are proving to be another valuable attraction to younger players. Available at more than 250 courses around the world, the electric vehicles, powered by an environmentally friendly lithium-ion battery, are less cumbersome and clearly more fun than carts.

“My kids are a perfect example. When they rode them the first time, they were like ‘Can we go again?’ There are things we’re trying to do just to get people exposed to the game and to participate.

“Obviously, change doesn’t work for every club,” Mark adds. “I’m not suggesting for a second that you’re going to change clubs like Muirfield or Pine Valley. You don’t need to in such well-established venues where their facilities are unique. But clubs like that are few and far between. We’re talking about how to get the masses back into the game.”

While Troon is looking to expand, particularly into Korea and South-East Asia, it is focusing more on existing courses, especially those needing help to survive. In China, for example, which experienced a boom in golf during the 1990s, the old-style models of selling US$50,000 memberships are not attracting the public today. 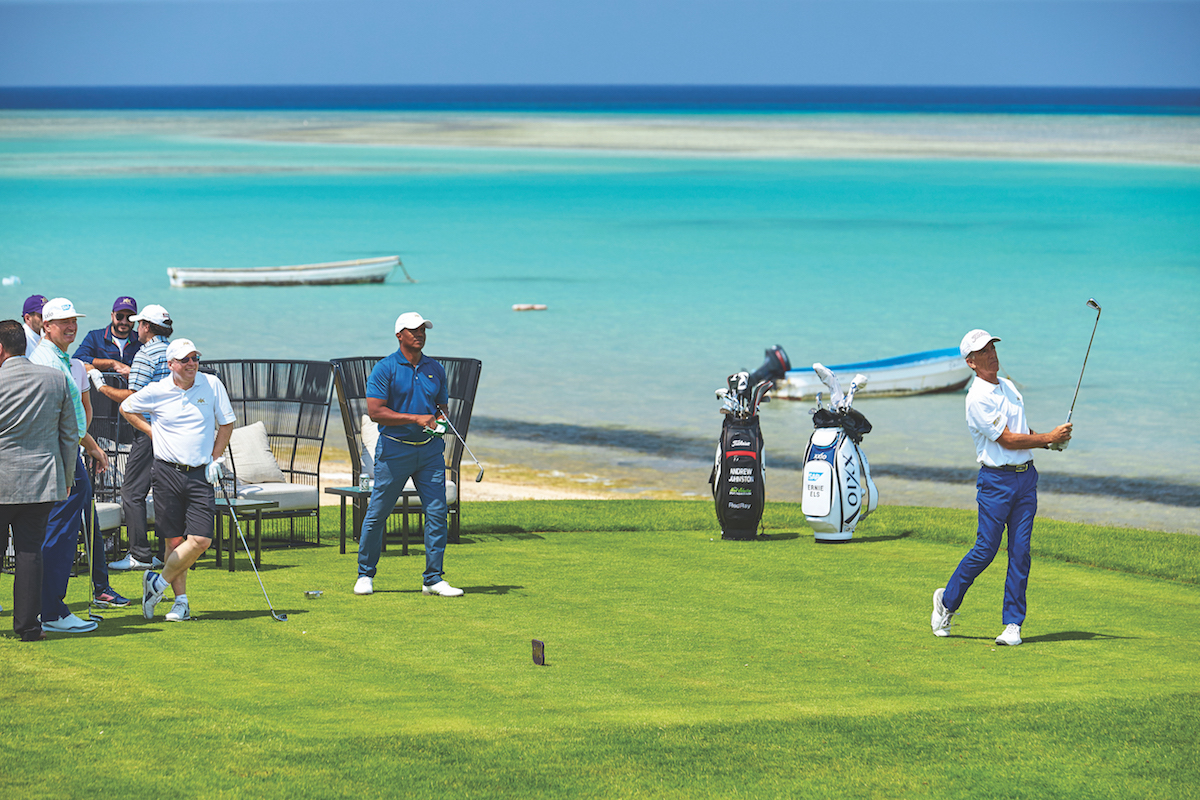 “We need to do new things,” Mark says. “There’s not a lot of promotion to drive people to golf courses, to utilise them for food, beverages and entertainment. I do think there’s potential there.”

One advance in technology, appealing to players of all ages, is the introduction of the Troon International app, which allows golfers to book tee times for any number of players at numerous Troon locations in the Middle East and Asia in just a few clicks.

“We’ve had a Troon app for a long while, but the Troon International app is a big change for us,” Mark explains. “It makes it much easier for someone to put together a golf vacation themselves. It’s so easy and slick, agile and flexible, and so many other applications can be added to that technology in the future. These are things we see as game changers and huge improvements for us over the next few years.” 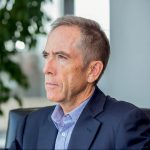