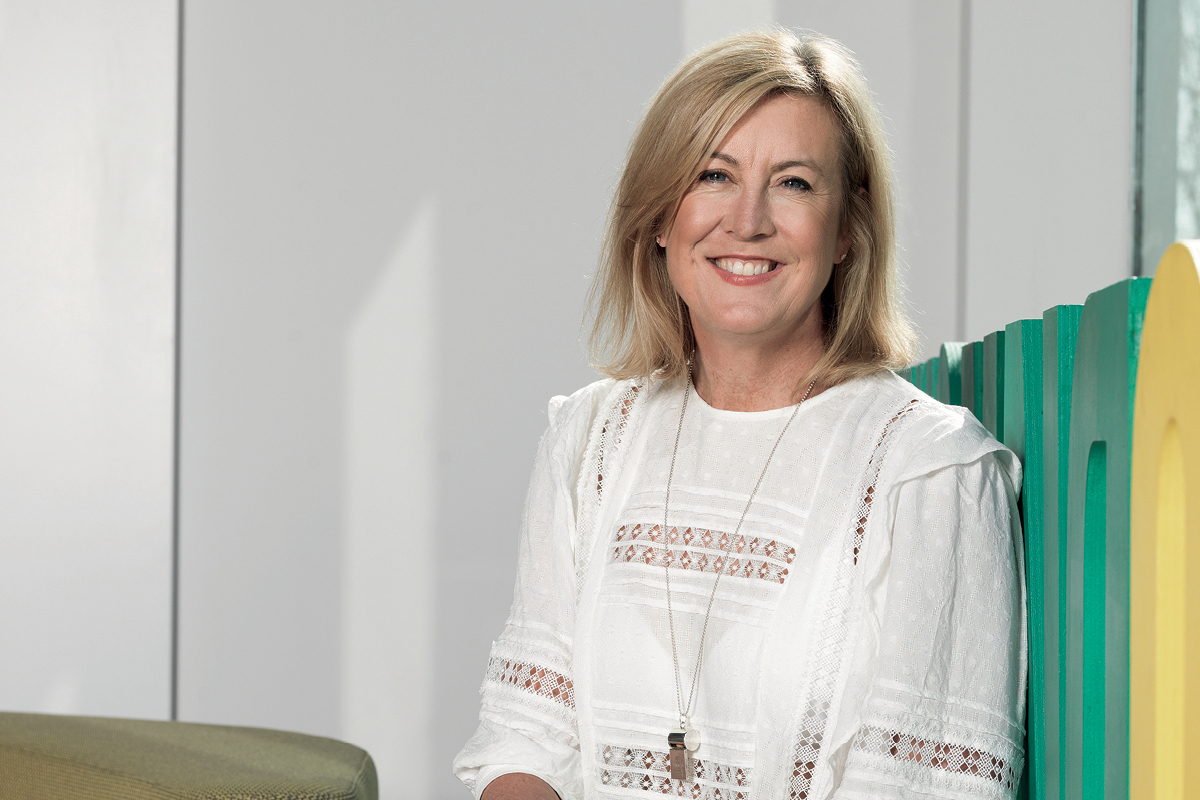 Sport has always been a driving force and passion in Marne Fechner’s life, and she has turned the dream of sporting success into one focused on the success of the sport and its participants. As a child she loved swimming and athletics, and dreamed of being accepted into the Australian Institute of Sport (AIS) in Canberra.

But it is off the court that Netball Australia CEO Marne has delivered the greatest impact by lifting the profile and position of netball within the community, and most importantly, empowering her staff and the thousands of players – professional and amateur – across the country to believe that they too can dream.

After she finished high school, her dream did come true and she was offered a place at the AIS, albeit not in the way she imagined at the time.

“I originally hoped it would be for swimming or athletics, but it ended up being for netball,” Marne explains. “The ambition and drive to achieve that goal was always there; it just ended up being a different sport.”

Many young girls play netball throughout primary school; however, Marne didn’t fall in love with the sport until she was a teenager. After spending so many years focused on individual pursuits, she relished the opportunity to compete in a team environment.

“The support network that netball created was like nothing I’d experienced before. I loved being part of the team,” recalls Marne, who became CEO of Netball Australia in 2017. “The fact that netball provides an opportunity for every individual on the court to contribute to the ultimate aim of scoring a goal is unique.”

For a couple of years after leaving the AIS, Marne tried to juggle being an elite athlete with full-time roles in sports management. Eventually, she was forced to choose between the twin passions in her life.

“I’ve been very fortunate to be appointed to a number of roles within netball that have kept me connected to my passion but have also allowed me to earn a living. It’s a real privilege to be involved in delivering successful outcomes for a sport that’s given me so many opportunities,” she says.

“It’s a real privilege to be involved in delivering successful outcomes for a sport that’s given me so many opportunities.”

“I love the fact that netball has such a big impact in communities across this country. We empower women and girls to shine, and netball has done that proudly for the past 90 years,” she adds. 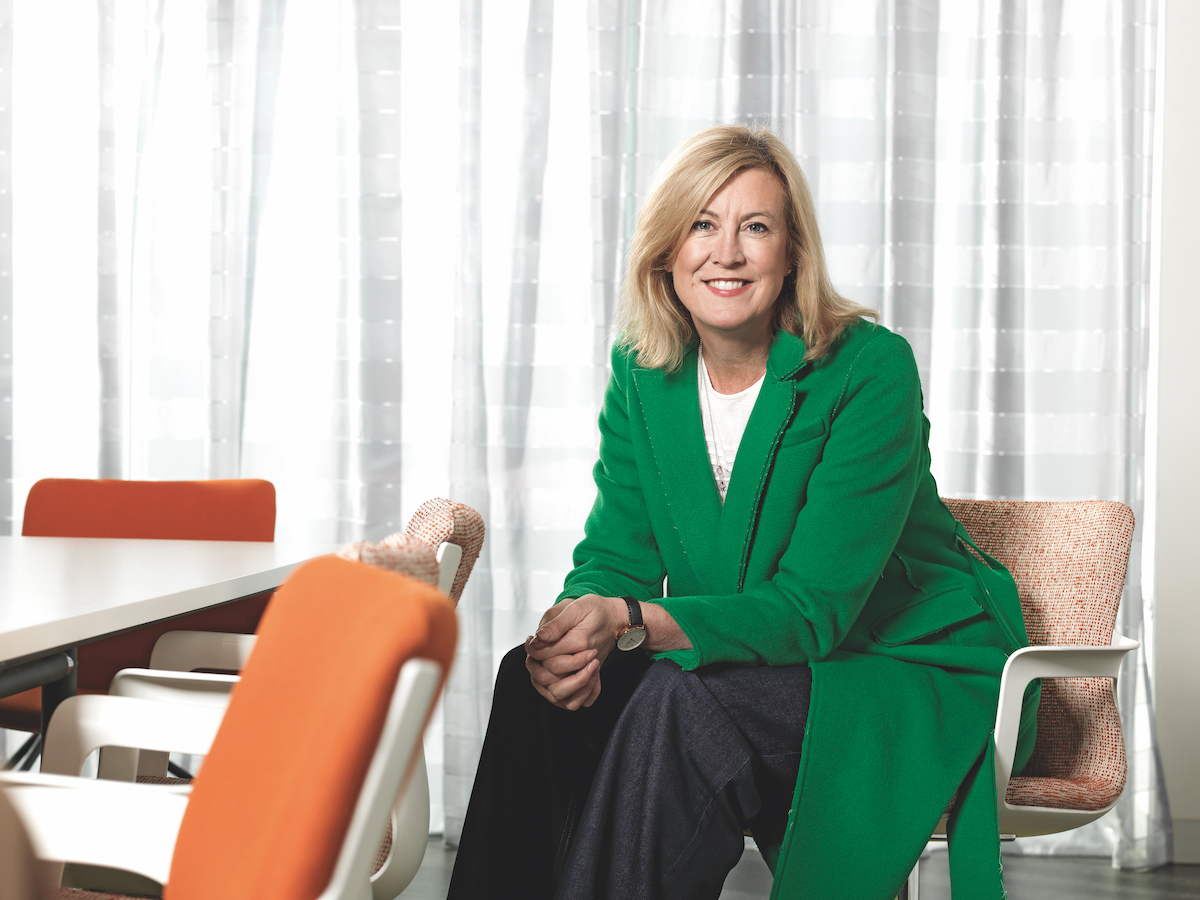 Although Marne no longer plays professional netball, she believes many of the skills she learned on the court can be applied to the corporate world.

“That’s the beauty of team sport at any level. It’s given me the determination, resilience and courage that’s required to drive an organisation forward. From a leadership point of view, being a team player makes a huge difference in bringing out the very best in our people,” she says.

“The other key thing for me is that I still remember the pure joy and fun of actually participating in sport. I try to bring that fun to working in the sport as well. Sport and business can both be very serious, but the majority of people play this game because they love it, it’s fun and they have a really strong connection with it.”

Netball has undergone some big changes in Australia over the past couple of years, and is rightfully claiming more and more space on television channels and the back pages of newspapers to match its participation levels, alongside the growing demand for greater recognition from all female sporting codes.

A new national netball league, Suncorp Super Netball, was launched in 2017, replacing the former Trans-Tasman Netball League. Marne played a pivotal role in securing Suncorp’s sponsorship of the new league, as well as a five-year broadcast deal with the Nine Network and Telstra.

“It’s been extremely exciting and positive for us,” Marne enthuses. “We’ve seen extraordinary growth in our commercial deals, in digital, our fans, audiences and the number of people coming to games; it has changed the paradigm for netball. I think the success has come from building genuine partnerships with brands that are aligned to our vision and purpose.

“I think the success has come from building genuine partnerships with brands that are aligned to our vision.”

“Prior to signing any deal, we spend a lot of time working closely with brands to understand the value that netball can bring. From an elite level on TV and major events down to small communities, we have a presence around Australia. Regardless of whether you’re in a city or regional area, netball has this amazing, thriving footprint and a community that makes it happen every week,” she says.

Other sporting codes have only recently begun to recognise the importance of women in sport. Marne acknowledges that the increasing popularity of WBBL and AFLW means more competition for talent and audience share; however, she believes women’s sport is something that should be celebrated.

“Regardless of whether you’re in a city or regional area, netball has this amazing, thriving footprint and a community that makes netball happen week in, week out.”

“Fundamentally, we will compete for fans of the sport as well as participants, but my view is that this is fabulous for women. The more choices that women have, the better. I think the investment we are making in women’s sport reflects a movement within Australia that recognises the importance and value of women.”

Looking back on her 12 years at Netball Australia, Marne says her role leading the organising committee for the 2015 Netball World Cup was a career highlight. “I didn’t play in a Netball World Cup, but being appointed CEO of Netball World Cup 2015 when we hosted in Sydney was a privilege. That opportunity was extraordinary, ” she smiles.

This is one reason why Marne is so passionate about Netball Australia partnering with the New South Wales government to bid for the 2027 World Cup. “Netball Australia will celebrate its 100th year in 2027,” she adds.

“This is not only a chance to bring an elite netball competition back to Sydney, but also a fabulous opportunity to show the role that netball plays in the empowerment of women and girls globally.” 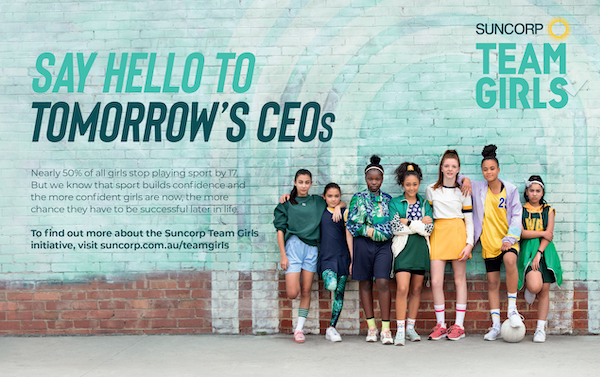 OMD on behalf of Suncorp