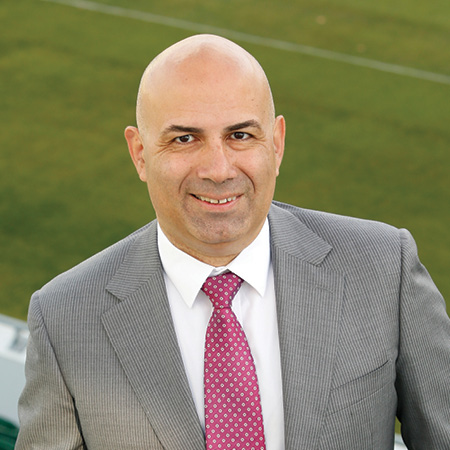 When Peter Filopoulos packed up his family to relocate from Victoria to Western Australia in August 2015 to take on the CEO position with Perth Glory Football Club, he was in for
a hefty challenge. The team had just experienced its most difficult and controversial season to date, with a salary cap breach causing it to miss out on the finals, despite leading the competition all year long. Luckily, he was up to the task, with more than two decades’ worth of experience in the sporting industry behind him.

Now, more than twelve months later, Perth Glory is entering an exciting new phase under Peter’s leadership. The organisation has set out a clear vision of where it wants to be in the future and is taking the steps to become an even greater club both on the soccer pitch, and off it.

Seeing opportunity rather than tribulation

Peter says that when he accepted the role, he saw opportunity rather than tribulation. “The only trials were early on when we were overcoming some of the legacy issues arising out of the breaches to the salary cap; but once we overcame those we were able to recreate the landscape and the building blocks for a stronger environment,” he explains. “I had a good team around me and we launched a fresh, four-year strategy. I truly believed in the opportunity and knew we could achieve our new vision as a united group. I think it’s great that we’ve rallied as a club and we’re now heading in the right direction.”

The strategy which Peter and his executive team unveiled was titled ‘The Perth Glory Way’ and it outlined the organisation’s overarching goal to be the leading football club in Australia. The three key pillars underpinning it are: Stakeholder and Growth; Football; and Engagement.

“We want to engage at least 50 per cent of the 42,000 people that play football in Western Australia, either as fans or members.”

“We want to be a club that all Western Australians are proud of, that’s one of the outcomes we hope will arise from the new strategy,” Peter says. “We are focusing on making bigger things happen on and off the field so that our people are successful and bound for glory. Some of the milestones we want to achieve are to sign up 10,000 members, and to have an average of 12,500 people in the crowd at our games. We want to increase our revenue by $3 million dollars within those four years, and we are also working closely with the government to develop a state football centre — a training and administration headquarters that caters to all of the needs of football in Western Australia. Furthermore, we want to engage at least 50 per cent of the 42,000 people that play football in Western Australia, either as fans or members.

“We’re also working with Football Federation Australia on a new broadcast deal, which will come into effect from the 2017–18 season. We are working really hard as a brand to engage the football community, and to connect them with the Perth Glory brand.”

Perth Glory has a long legacy: It was founded in 1995 and is the oldest club in the A-League. This rich history, combined with its commitment to support home-grown talent, has positioned it favourably in the marketplace. Currently, out of a playing squad of twenty-three people, fourteen of those are born and bred in Western Australia. “Each of them are outstanding players and, given our focus on the Western Australian community, I think it’s a major advantage that we have over our competitors,” Peter notes. “We’re developing talent right from the grassroots level, and some of those players are then working their way up through the club to join the A-League side. It’s fantastic to see them grow and develop.”

Peter is confident that the club will retain this positive reputation well into the future as it grows and prospers. He says that the passion that he shares with the people involved will be the key driver in Perth Glory achieving all of its future pursuits. “My biggest job every day is to unite every person on the one path, aiming for the same outcome.
I think we’ve been able to put the strategy together in a way that incorporates everyone and, ultimately, resonates with them. Some of the things in it might be aspirational, but I don’t mind; it still means that we are shooting in the right direction.” To disseminate this message, Peter doesn’t shy away. He makes it a priority to converse with fans and to keep them engaged with what the Perth Glory brand is up to. It might be via social media, on the street, or at the games. Wherever it is, Peter loves talking to people. “We’re working hard to make the right decisions, to demonstrate what our vision is, and to get our fans to buy into that. Being accessible as a CEO is very important. I think that approach is resonating with our fan base and we are working hard at rebuilding the sentiment that we held before the whole salary cap saga. Our crowd numbers last season started at 7,000 on average, but towards the end of the competition they were more than double that. So we’ve been able to win back a lot of our fans and instil belief back into them.” 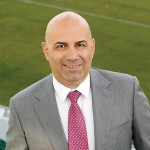