We provide a product that improves people’s lives: Philip McGlade One could be excused for thinking it was just Trek Bicycle Corporation’s passion for cycling that drew Philip McGlade to the role of Asia Pacific Managing Director. After all, he’s always been an avid cyclist, having raced bikes while he was still studying at the University of Canberra. In more than 40 years, Trek hasn’t lost its dedication to quality bikes, having begun in 1976 as a small enterprise between Wisconsin locals Dick Burke and Bevil Hogg. But Philip’s attention was caught by more than just an enthusiasm for cycling.

“The company clearly had a passion for the product but also had a strong passion for the retailers we sold through,” Philip says. “Prior to working in investment banking at Deutsche Bank Japan, I’d worked for Ernst & Young and what I enjoyed most was working with the smaller product-sector clients.

“Whether it was family-run or small businesses, there was real passion. What Trek does around the world is work with small business operators and help them run a better company.”

As far as Philip was concerned, Trek represented the best of both worlds. He started with the business in 2001, as the General Manager of Japan in Kobe, before moving to Beijing. From there, Philip ended up making the voyage home to Canberra, where he now oversees Trek’s operations in the Asia–Pacific region.

Joining was logical as the bike industry continues to thrive, now driven by the proliferation of e-bikes (bicycles aided by an electric motor).

Representing the next generation of cycling, e-bikes began as a trend in Europe and Philip is now helping to promote its spread throughout the Asia–Pacific region. It’s a central element of Trek’s business in New Zealand and is now being adopted in Australia and Japan. Back in Europe, data indicates half of Trek’s retail sales are e-bikes.

Smoothing Trek’s uptake of the technology is Bosch, a provider of e-bike systems. The two companies have been collaborating for four years now and business has boomed in the past two.

“When Bosch enters a market, it makes sure it’s done right,” Philip says. “The technology is cutting edge. It’s an obvious partner for Trek to work with but Bosch also seems to have an incredible mindset of making sure it provides great hospitality to the end consumer.

It’s all about making sure the technology is seamless and easy to use for the customer and, if there’s ever a problem, Bosch ensures that product is well-supported.”

As the world’s number one bicycle brand, Trek oversees one of the largest research and development departments in the industry. “But it’s not just our R&D team that provides feedback,” Philip says. “Most people in the company actively ride. In my offices, a good percentage of the workforce rides to work and it’s common for people to go for a lunchtime ride. Sometimes they’ll ride different bikes.”

Eliciting the opinions of the workforce is a practice common throughout Trek. Philip’s belief is that the sales, marketing and customer service teams can offer valuable insights, thanks to their contact with numerous stakeholders. Executive teams take on these insights and quickly act on them, unfettered by needless bureaucracy. Trek’s flexibility goes towards ensuring all stakeholders remain engaged, by quickly responding to changing needs. Trek University serves as an online academy for associated retailers, educating them on the brand, the product and even offering advice on how to run their businesses.

Philip also takes pride in the company’s customer experience and with good reason; though Trek has produced millions of bicycles to date, even that first bike from 1976 remains covered by Trek’s lifetime warranty.

But Philip believes the greatest benefit to customers is the way Trek’s bikes can improve their lives. “We’re providing a product that helps solve some of the world’s biggest problems, including urban congestion, pollution and health issues,” he says.

“People are happiest when they do something enjoyable during the day. We provide a product that improves people’s lives and makes those lives more enjoyable.” 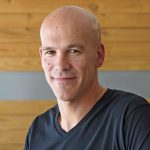