More than 20 years ago, Scott Levy took a risk. He was working as a media supervisor for a New York-based advertising agency when he realised that something was missing. He paused to consider the scope of his role and the scale of his duties, when suddenly, it hit him. “While my title and responsibilities were international, I wasn’t travelling anywhere,” he tells The CEO Magazine. “I was sitting in meetings and discussing strategies for countries, and I hadn’t been to any of them.” This didn’t stack up for Scott. How could he advise businesses on international strategies if he never left the office? The solution was easy.

“I quit. I bought a one-way ticket to Beijing with my wife, who also quit her job, and spent the next six months travelling around Asia. I met all the colleagues and industry contacts I had been having conversations with on the phone. I learned as much as I possibly could from them, while experiencing unfamiliar cultures and countries for the first time,” he recalls. The experience was a revelation to Scott. “The opportunity to totally immerse myself in an experience rather than just being on the phone was enlightening. I found I was learning so much more.”

“The opportunity to totally immerse myself in an experience rather than just being on the phone was enlightening.” 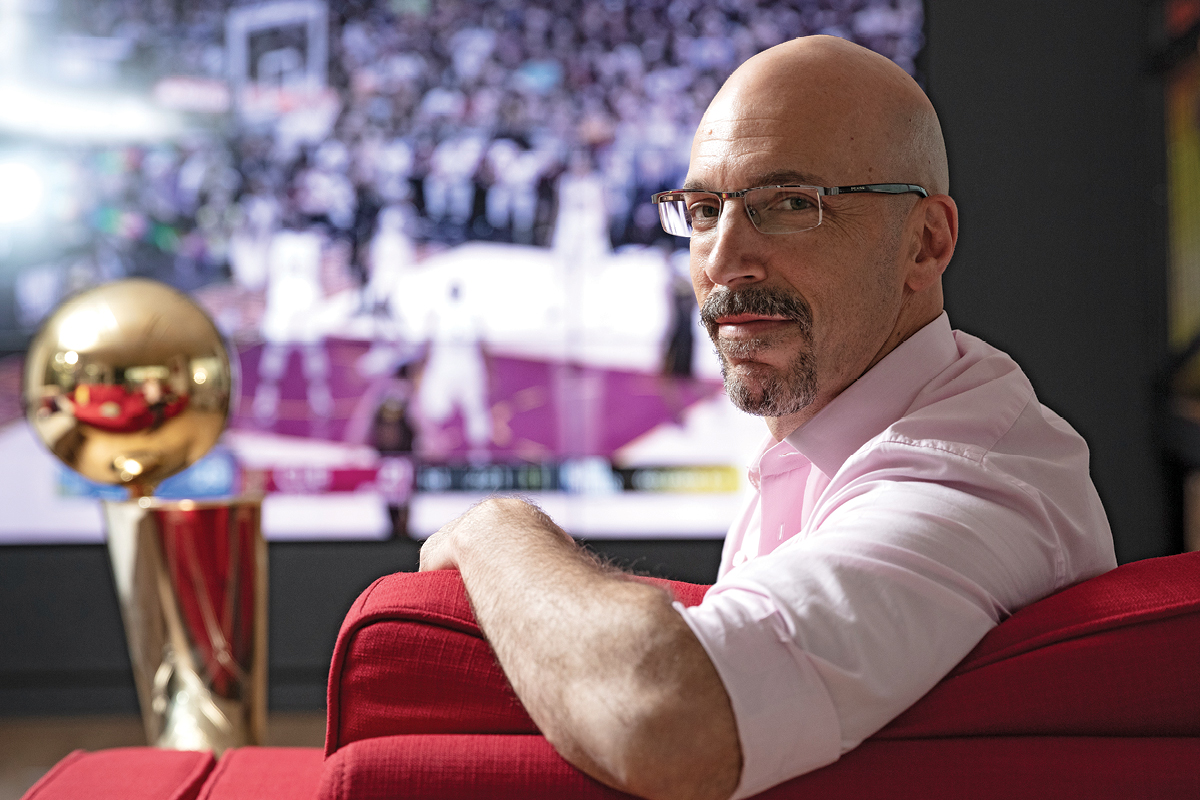 When Scott returned to New York, he knew that this was how he wanted to conduct business from now on. He actively sought roles where he could learn on the job and be directly involved with partners globally, engrossing himself in many different cultures. He got exactly that when he began working with the NBA, progressing through a series of media and sponsorship positions before taking the role of Managing Director for the Asian region in 2009.

“The NBA was my dream job,” he says. “I work for the best global sports property and get to travel the world. I’m rarely in the office for more than three weeks in a row without going to another country. It’s invigorating.” As Managing Director of NBA Asia, Scott oversees countries as diverse as Japan, the Philippines and Australia. With an impressive list of players who travelled to Asia in 2018 to help promote the NBA, including Draymond Green of the Golden State Warriors, Jaylen Brown of the Boston Celtics, and Danilo Gallinari of the LA Clippers, basketball is a game with no global boundaries.

The league’s link with Asia dates back to the 1980s when former NBA commissioner David Stern invested heavily in the then-emerging market in China. Today, the country boasts almost as many fans of the NBA as there are people in the US, with revenue from broadcasting rights, sponsorships and merchandise accounting for much of the business’ international earnings.

However, even with a market of that scale, Scott insists that the NBA’s strategy in the Asian region is not focused on any single country. “This is a global company, and the business will always look at opportunities around the world,” he says. “The NBA has more than 300 people based outside the US focused on analysing and implementing localised campaigns and strategies.”

“This is a global company, and the business will always look at opportunities around the world.”

Scott makes it clear that the NBA’s success in the region is driven by dynamic strategies that focus on the interests and concerns of individual markets. “Localisation is critical,” he reiterates. “No matter where fans are, games, news and merchandise must be conveniently available to them. That might mean being able to purchase merchandise by credit card in one country while being able to buy a game via NBA League Pass through a mobile service provider data plan in another. It’s all specific to the way consumers are purchasing or interacting with content.” Encouraging people from all locations across the region to take part in the sport is the NBA’s intention. Having a targeted strategy for each country while collaborating across borders is critical to ensuring effectiveness in a global space, Scott says. “In the Hong Kong office, we have employees from all over the world. It’s imperative to ensure that everybody comes together and understands one another. That takes effort so we spend a lot of time on office culture. That means understanding how people approach the business and how we can work together to maximise opportunity,” he says. “Indonesia and Japan have little in common, just as Thailand and Australia have little in common. We need dedicated strategies for each country, which takes time, energy and knowledge. All of us must spend time in these markets, travelling, and identifying and implementing unique strategies.”

Besides the NBA’s efforts to provide content to local fans, Scott devotes a great deal of attention to encouraging kids in Asia to play basketball, both recreationally and competitively. Through the Jr. NBA program, which teaches fundamental basketball skills at an early age, the NBA has taken a keen interest in fighting childhood inactivity and getting kids excited about sport. The program, which already reaches millions of kids in Asia and continues to expand, provides support to schools, including supplying a curriculum, donating equipment, and educating teachers and parents on how to coach children effectively.

“All research suggests that if kids play a sport at an early age and enjoy it, they are going to continue to do so throughout their lifetime,” he points out. “This isn’t about telling kids, ‘Here’s how to be healthy’. It’s about saying, ‘Let’s play sport and have some fun’. We want to make sure that kids are having an enjoyable experience and that sport becomes part of their lives.”

“We want to make sure that kids are having an enjoyable experience and that sport becomes part of their lives.”

In addition to the Jr. NBA program, the NBA helps identify and train elite prospects through its academy program. The NBA Global Academy, located in Australia, serves as the league’s hub for top international prospects from around the world. 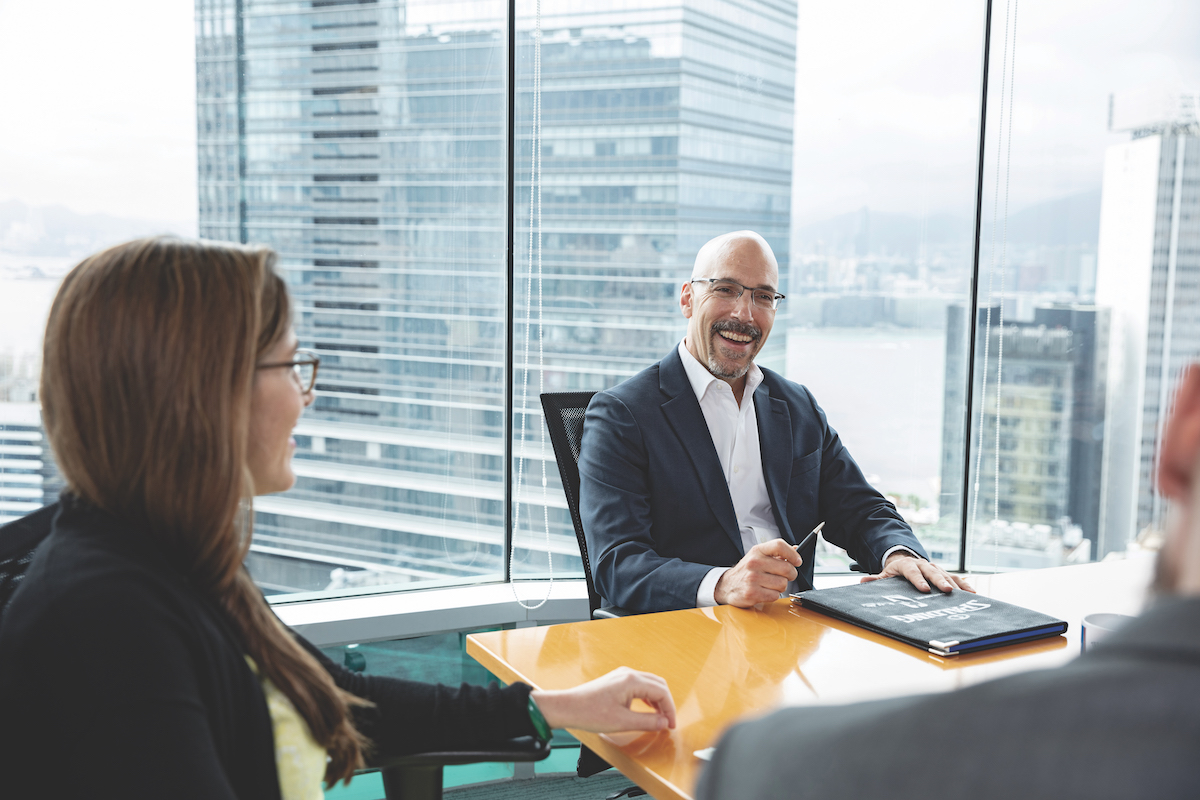 “It’s about development for both male and female prospects from outside the US,” Scott explains. “Not only do they learn from professional coaches, but they have a chance to play at a higher level. This provides them with an opportunity to measure their skills against the world’s best and figure out where they fit in.” It’s all part of the NBA’s calling to inspire play, incorporating basketball in everyday life all around the world. “There’s no need to translate basketball. Everybody learns the game in school,” he adds. “It’s inclusive, gender-neutral, fast paced, easy to play, and requires little space.”

It’s Scott’s passion for global outreach that has led him to experience tremendous success with the NBA. He admits that to get to where he is, though, you must be honest about your objectives. “For me, it took time to figure out that I wanted to travel and learn about other countries. I took risks. I quit my job and got the experience. I identified my weaknesses and made them strengths.

I put myself in challenging situations and worked hard to overcome them,” he confides. It was from this that he learned his most valuable lesson. “The world is a big place, and everyone approaches things differently. You must be open to listening and learning from others. There’s so much knowledge in the world, and if you expose yourself to new people, new places and new cultures, you’ll travel far.” 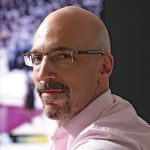