“We won’t stop until everybody is connected.”: Darren Seow 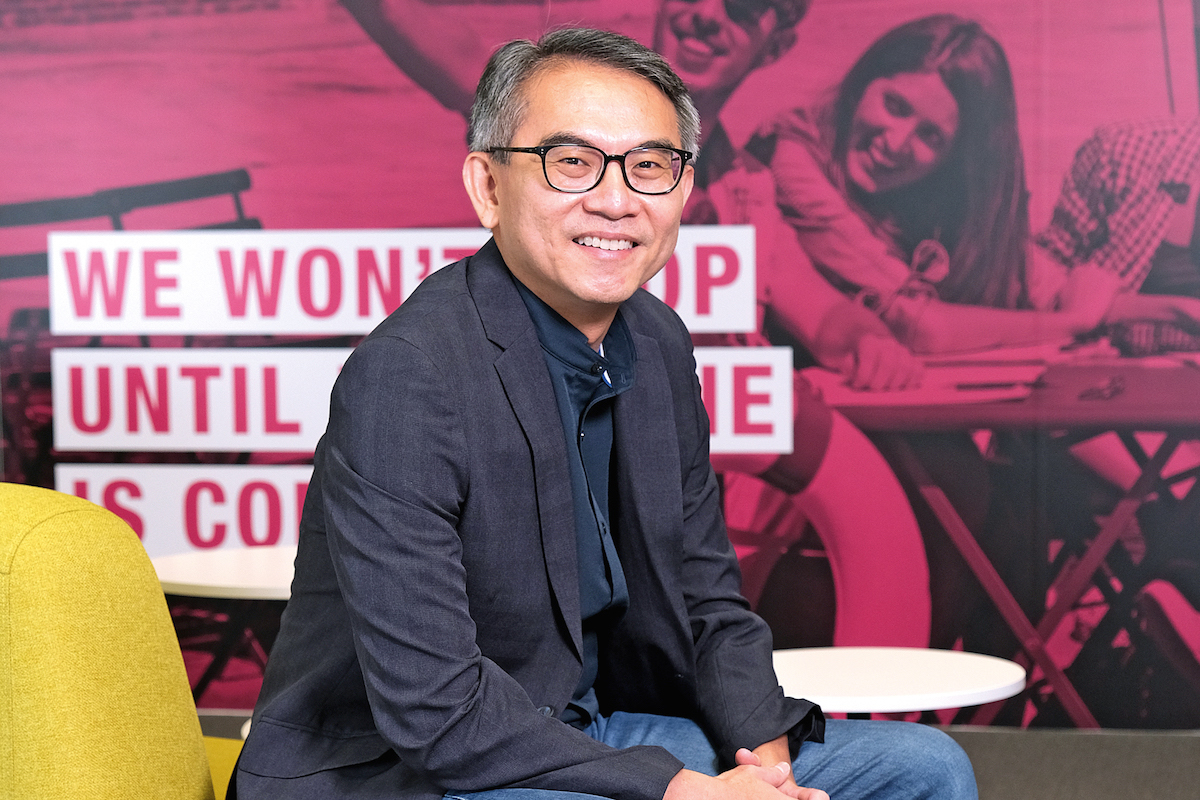 Darren Seow joined Deutsche Telekom Global Business (DTGB) in 2000, a time when the telecommunications sector was booming. That is until the dotcom market crash of that same year led to some culling.

Those still standing – and DTGB is very much one of them – have experienced much change in the past two decades. The pandemic has been the latest challenge to hit the industry, and so it probably helps that Darren has such a laid-back approach to life. “People worry too much,” he says.

“I would say that more than 90% of the time, people’s worries come to nothing. For the other 10%, you just make modifications and adjustments to overcome them. I just do what I think is right and then leave it to life.”

It’s a philosophy that has seen the Singapore-based Managing Director establish the German telecoms giant as one of Asia’s biggest players – coming a long way from his first role. “I was working in a small local business in 2000,” Darren explains.

“I was then approached by DTGB at a time when big consortiums were formed with the likes of BT and AT&T to try to build networks around the globe. The consortium model doesn’t really work that well, though, so eventually DTGB decided to work by themselves, and that’s when they asked me to join.”

Over the past two decades, Darren has seen a big shift in the industry in terms of technology and market behaviour. “With mobile technologies such as 4G and 5G, businesses like Uber have been made possible,” he says.

If you read any economic report, Asia is always being mentioned as one of the upcoming markets. It has a very young population that is hungry for success.

“We’ve also had a lot of OTT services come into the market, including Google and Amazon – mega-size players who weren’t around 20 years ago. Incumbent carriers like AT&T, DTGB and Verizon are still around, but we’ve seen a lot of new entrants into the market.

“The battle right now is the software-defined wide area network, or SD-WAN. Nowadays, you see a lot more competitors coming from different industry segments – like hardware manufacturers and even software players.”

The more immediate battle for everyone has been the COVID-19 pandemic – although DTGB has fared well, according to Darren. “Being a communications provider, the demand for our services actually increased,” he says.

“People realise that they need business continuity, and they also need diversity in their working life. People need to work from home, or indeed from anywhere. We managed to surpass the US$118 billion revenue last year, which is a significant milestone for the DTGB group. 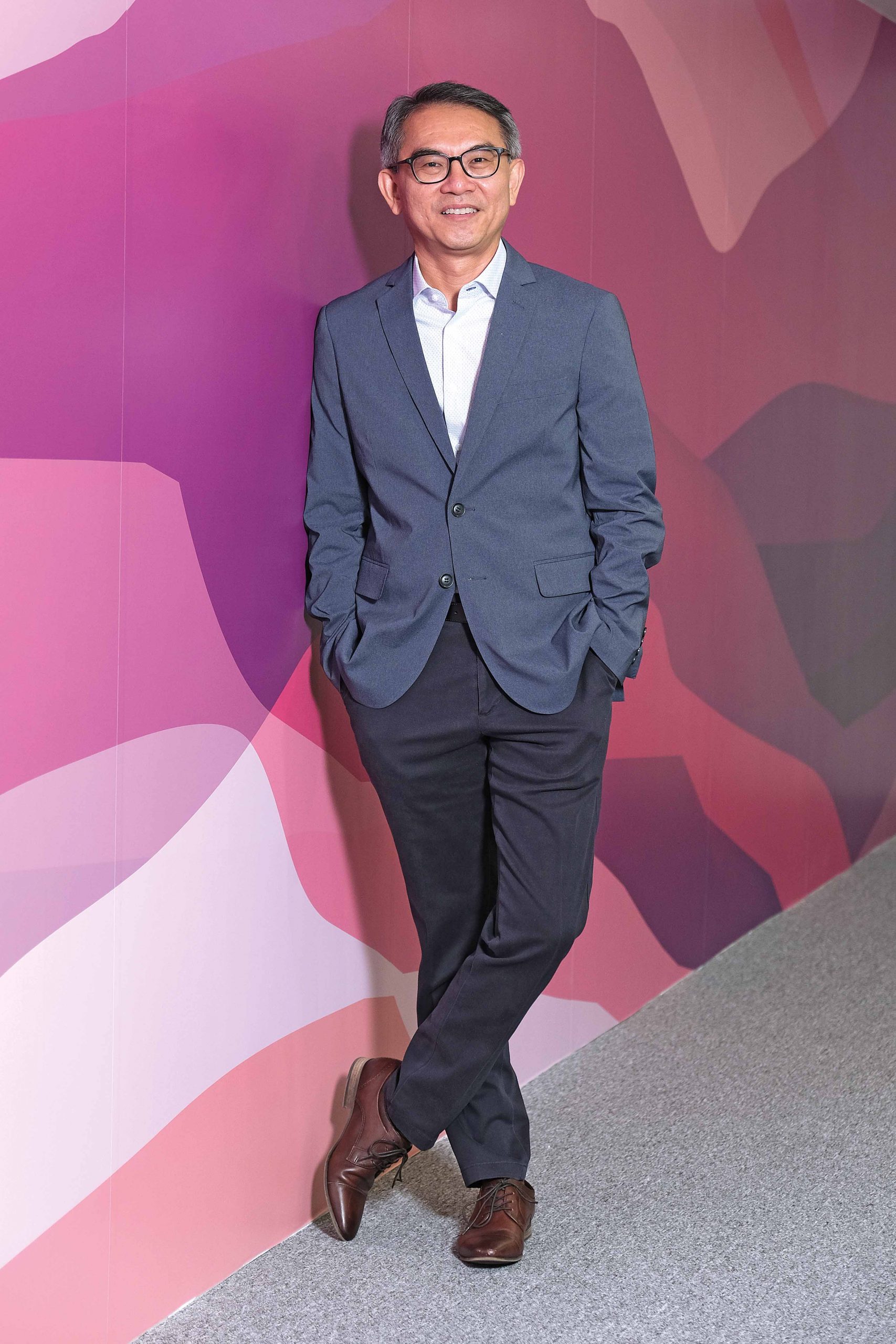 “Our vision was to be the leading European carrier because of our German roots, and I think we are already there. Certainly, our brand value of US$51 billion is the highest telco branding in Europe. Now with the merger of Sprint and T-Mobile in the US, we are really challenging the incumbents like AT&T and Verizon in the US market.”

Having largely conquered Europe and the US, Asia is very much the future for DTGB. “The next phase should be Asia, and I’m very optimistic,” Darren says.

“If you read any economic report, Asia is always being mentioned as one of the upcoming markets. It has a very young population that is hungry for success. Indonesia, Vietnam and the Philippines all have massive potential and are still very young compared to Europe or the US. This is really the place to be if you want to grow your business around the world.”

As a German company, though, the planning is very methodical. “We are meticulous about the details and the process. Darren says. “We make sure that when we go into the operational phase, there are no gaps in understanding, and so no chance of outages. I think that’s the stability and quality that the customer is looking for, and that really differentiates us from our competitors.

Nowadays, people tend to roll out services as fast as possible and try to fix the faults later. Being first to market is important, but the quality is very important as well.

“DTGB is also both flexible and agile. As our Vice President for International B2B business Dirk Lukaschik says, we have the power of the elephant and the agility of the tiger.” As with elsewhere around the world, DTGB’s work in Asia will be done in consultation with trusted partners – something Darren refers to as an ecosystem of partners.

“No company can do everything by themselves,” he says. “So we are trying to have a healthy ecosystem that we can rely on and work closely with to deliver the service that is required by our customers.

As Darren explains, part of the DTGB motto is, ‘We won’t stop until everybody is connected.’ At the same time, it is very aware of the environment alongside its expansion. “If you look at the press recently, one of the key acronyms is ESG, which stands for environmental, social and governance,” Darren says.

“I think this is a very important aspect, and Europe is really at the forefront of it. In March 2021, our board of management adopted new, even more ambitious climate targets. By 2025, we want to be climate-neutral in our direct operations and, by 2040, in the entire value chain. “I’m glad that we are leading the way and showing how this can be done.” 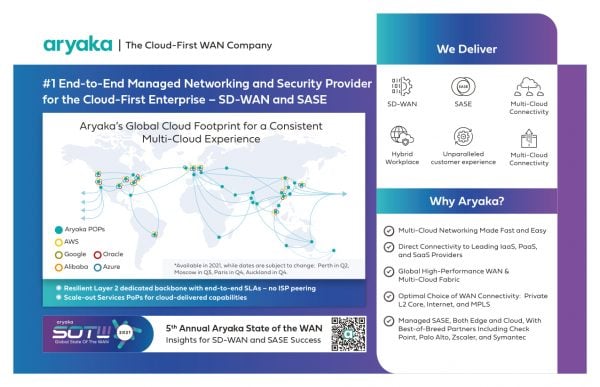