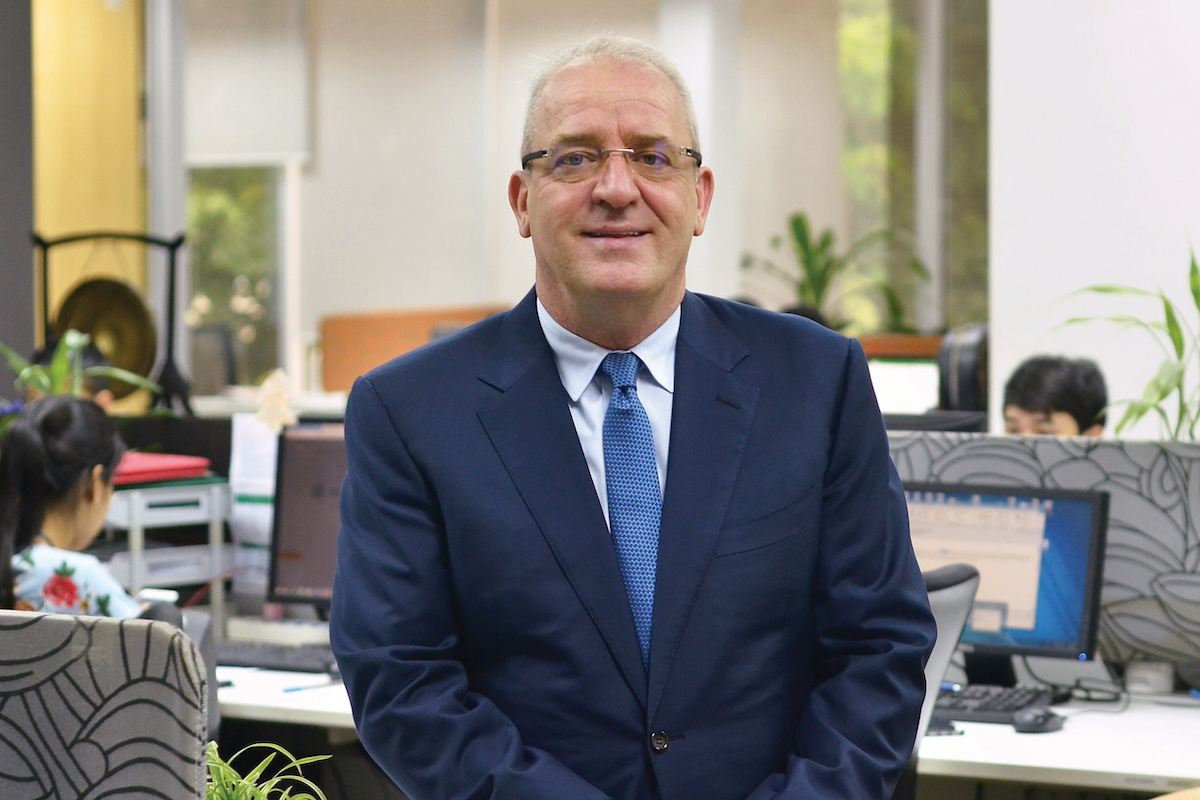 Widespread internet access is a cornerstone of any modern society, and mobile internet is a key component of this. In countries such as Cambodia, where the economy is developing rapidly – the rate of economic growth went from 7–7.5% in 2018 – a robust digital environment facilitates a more globalised economy, and more empowered citizens.

Ian Watson, CEO of Cellcard Cambodia, is spearheading this mission, out of a sense of civic duty to Cambodia. “It’s not business talk,” says Ian. “We’re focused on delivering around how we use digitisation, 5G and other data networks to improve people’s lives. We’re going out into the provinces, the remote villages, and building this huge data network, so no matter where you are, you’ve got connection to super-fast mobile data.”

Improving mobile coverage provides a real measurable benefit to a country’s economy. Ian cites data that indicates a 10% rise in mobile broadband penetration amounts to a 1–1.5% increase in GDP.

To date, Cellcard has achieved nearly 90% coverage of the nation; this is in contrast to global coverage, which still fails to reach around a billion people. Given the extent to which Cambodia struggled with poverty and devastation last century, it’s an impressive accomplishment.

“By building this super-fast data network, our contribution is helping Cambodia to grow in a more structured manner,” Ian explains. “If you look at the speed of our data network and the coverage, every single one of our sites is fully 4G and super fast, with an average download speed of 50 megabits per second. Compared with other more advanced economies, we stand tall in terms of delivering a good, consistent data network.”

The speed and quality of Cellcard’s service is promising, but the real transformative potential comes from what that speed and quality enables. The scope of digital capabilities offered by Cellcard’s network cannot be overstated; Ian points to VR and AR technology for education, remote healthcare access for regional populations, sustainable farming, smart cities and transportation.

For Ian, it’s about enabling Cambodia’s digital economy, delivered across a 5G network. “I firmly believe, for Cambodia, 5G will be the lever for the Fourth Industrial Revolution, for the digitising of Cambodia,” he says.

“It’ll bring benefits to all Cambodians; whether it’s a business, an SME, a corporate or an individual in areas such as education and health care. There’s a whole new host of relevant services that we can deploy across Cambodia. At the end of the day, we’re a business, but we will help improve people’s lives. As we build one of the world’s best data networks, part of that is to help Cambodians in their day-to-day lives.”

It’s not going to be cheap to achieve this – given the diversity of terrain and geographic locations, installing the necessary infrastructure will be a challenge. On top of this, literacy levels and education in some areas of Cambodia are low, though improving. 5G is in a relatively early stage of its life – the first country to fully adopt it, South Korea, only did so in April – and Ian says the difficulty lies in balancing the network rollout with the right ROI. 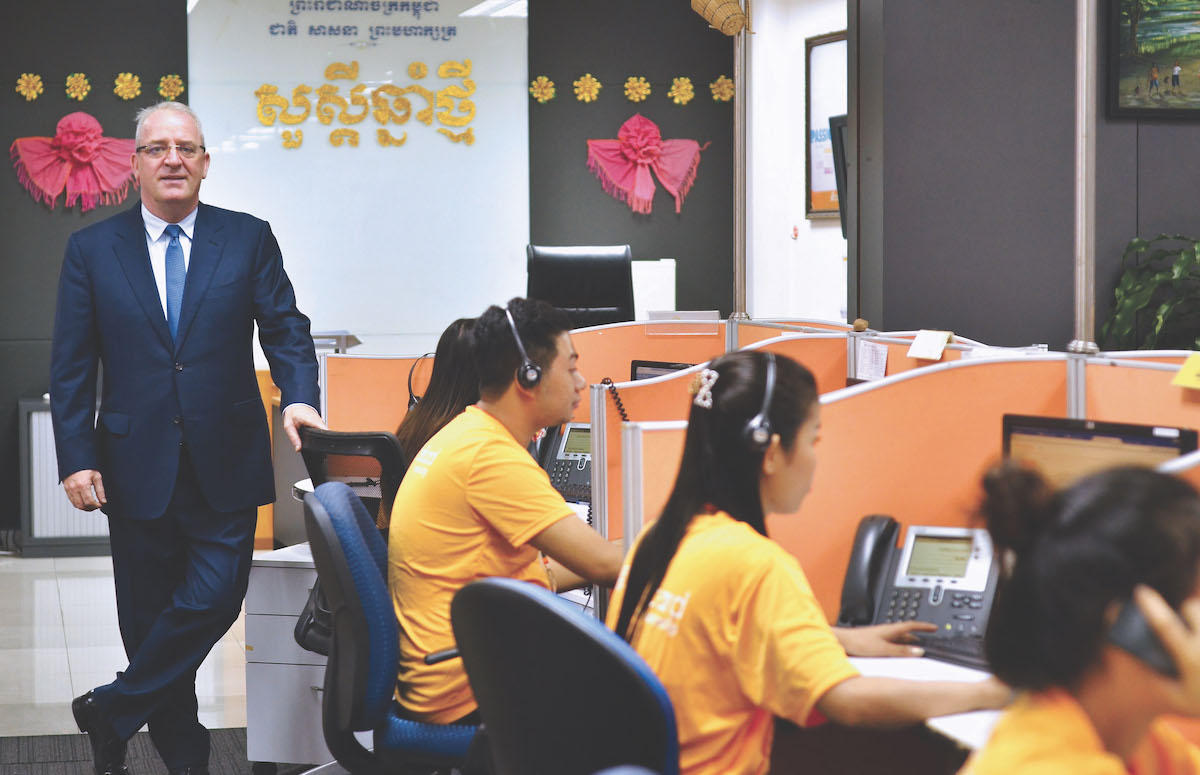 But if anyone can oversee the implementation of a 5G mobile network, it’s Ian. He’s been in the cellular industry for more than 25 years, and this won’t be the first generational transition he’s experienced – 2G, 3G, 4G and now 5G.

Despite this long-term experience, he describes himself as an “old dodderer” compared to the rest of the management team, who are, on average, in their early 30s. It’s a reflection of Cambodian demographics – 65.3% of the population is under 30 – but it’s also evidence of a dynamic, ambitious, youth-driven ethos within Cellcard, one that can understand what the market needs.

“We’re reaching out now across all of Cambodia,” Ian says. “We’re delivering a Cambodian network, from a Cambodian company, built by Cambodian people, into the market. It’s important that we’re Cambodian. Even when you’ve got people like me, a foreigner, we’re conscious of the Cambodian culture – how the people work, how the people operate – and building our internal delivery to match that.”

“We’re delivering a Cambodian network, from a Cambodian company, built by Cambodian people, into the market.”

Cellcard is the country’s only locally owned operator (as well as its fastest), doubtless a contributor to its civic-mindedness. For Ian, empowering and building up his team is a facet of this social obligation.

Staff development is a priority for him, training young Cambodians as well as empowering female professionals. In fact, 60% of Cellcard’s senior management team is female, while a company Ian is responsible for has just appointed Royal Group’s first female CEO, both huge achievements in a world still overshadowed by patriarchy.

The mobile service provider also works alongside private and public organisations to enable those innovative services like health care and education. This also includes, for example, a partnership with a refurbished phone supplier, providing Cambodians with network-connected mobile devices at a reduced cost.

Cellcard is also undertaking initiatives such as 5G service to entrepreneurs and heads of new start-ups, as well as giving advice on creating websites and using data analytics.

Cellcard offers full transparency to each entity it works alongside, as part of this collaborative mission for the benefit of Cambodians everywhere. At the same time, however, it’s a complex ecosystem, and no doubt stressful, but this doesn’t make Ian any less committed to Cellcard’s mission. “It’s an enjoyable stress level and it’s manageable,” he says.

“When you see what we’re contributing to Cambodian society, it makes it that much easier. To give you an example, we introduced a new, state-of-the-art billing system three months ago. We worked 24/7. It was tiring and stressful, but when we saw, the following weekend, people saying how much easier it is to do business with Cellcard, that itself eases the stress.” 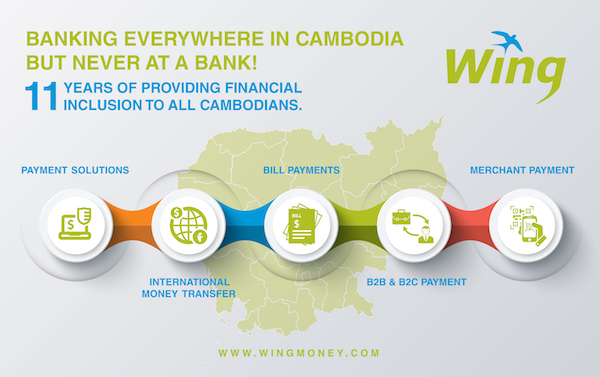 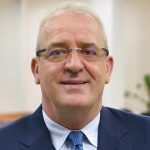