Having seen Ian Watson revitalise the fortunes of Wing Mobile Money in Cambodia, the Chairman of the Royal Group asked him to head up his telecommunications division. Initially, Ian was reticent, recognising the huge challenge to evolve the company, Cellcard, from a voice-led to data-driven operation.

Now, four years on, Ian wouldn’t be anywhere else; he loves his work and is a passionate advocate for bringing high-speed telecommunications to the developing country. “It’s common knowledge that for every 10% increase in either voice or data mobile penetration, the Gross Domestic Product of a country can be lifted by 1%,” Ian explains. “So, we started planning two years ago how to build the biggest, fastest, widest data network in Cambodia.”

The kingdom is still a developing nation, but Ian says it is among the world’s fastest-growing economies and its energy and dynamism make it an invigorating place to work. “Cambodia has gone from an emerging market to a lower middle-income economy in just 6 to 7 years, which is very exciting.

“Cambodia has gone from an emerging market to a lower-middle-income economy…We feel Cellcard has played a big part in that.”

We feel Cellcard has played a big part in that, as we’ve built a dynamic, extensive network. Tied in with that, a recent independent report on the role of telecoms in transforming Cambodia recognised Cellcard as the leading operator in terms of transparency, affordability and ease of use. It’s a valuable reminder of what we’re doing right.”

Changing the dynamics of the market to give affordable access to mobile data nationwide has been no easy feat in a country where the regulator had traditionally overseen prices. This is on top of a US$300 million investment in network infrastructure, which involved tearing out and replacing almost 3,000 data sites across the 25 provinces of Cambodia.

Now, Cellcard’s network is delivering coverage in both urban and small rural towns, joining roads and communes that had previously been data black spots.

This approach has paid off with a network capable of delivering 60–70 megabits per second in the major cities. It has also led to year-on-year data growth of a staggering 60%.

With the majority of Cambodians aged under 30, this data has been snapped up by a youthful population who see it as a tool for social mobility. “Cambodian youth are driving the rapid rise of social media channels as well as apps for news, entertainment, transport and payments. It’s a fast-evolving space showing that we need to be on the pulse of trends and be prepared to enable a full digital lifestyle as we edge closer to 5G. The network overhaul is part of our strategy to deliver a whole new range of future products and services.”

Proof points of Cellcard’s success have included a host of awards in 2017 and 2018 – the most recent being the Ookla® Speedtest Awards for the second year running. With a speed score of 22.91, Cellcard was the only operator to have improved from the previous year, increasing from 19.64. In the three major city areas of Phnom Penh, Siem Reap and Sihanoukville, the gap between Cellcard and its two competitors is significant. “It’s like an athlete improving on their personal best, but knowing that the race never ends because there will always be new technologies and challenges. Society and the economy will shape it all,” says Ian.

The past 18 months have been a tremendous period for Cellcard requiring hardworking and cooperative staff. Ian says a lot of credit must go to his team, which includes locals as well as people from across South America, Europe, the US and South-East Asia. “It’s a great mix of people who have a shared vision and have worked in emerging markets,” Ian explains. “The team needs to be unified, working towards the same goal with the same ethics.”

Ian believes it is vital for management to be visible and approachable. Thus, he operates with an open-door policy. He spends time talking with customers and with showroom staff every day. This has helped to foster a close-knit group. “This may sound like corporate fluff, but it’s not – we are like a family. The Cellcard family, as we call it, is good for Cambodia and good for us. We’re profitable but we’re also one of the few companies that is reinvesting everything back into the local market.” 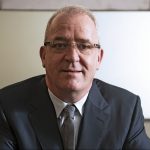