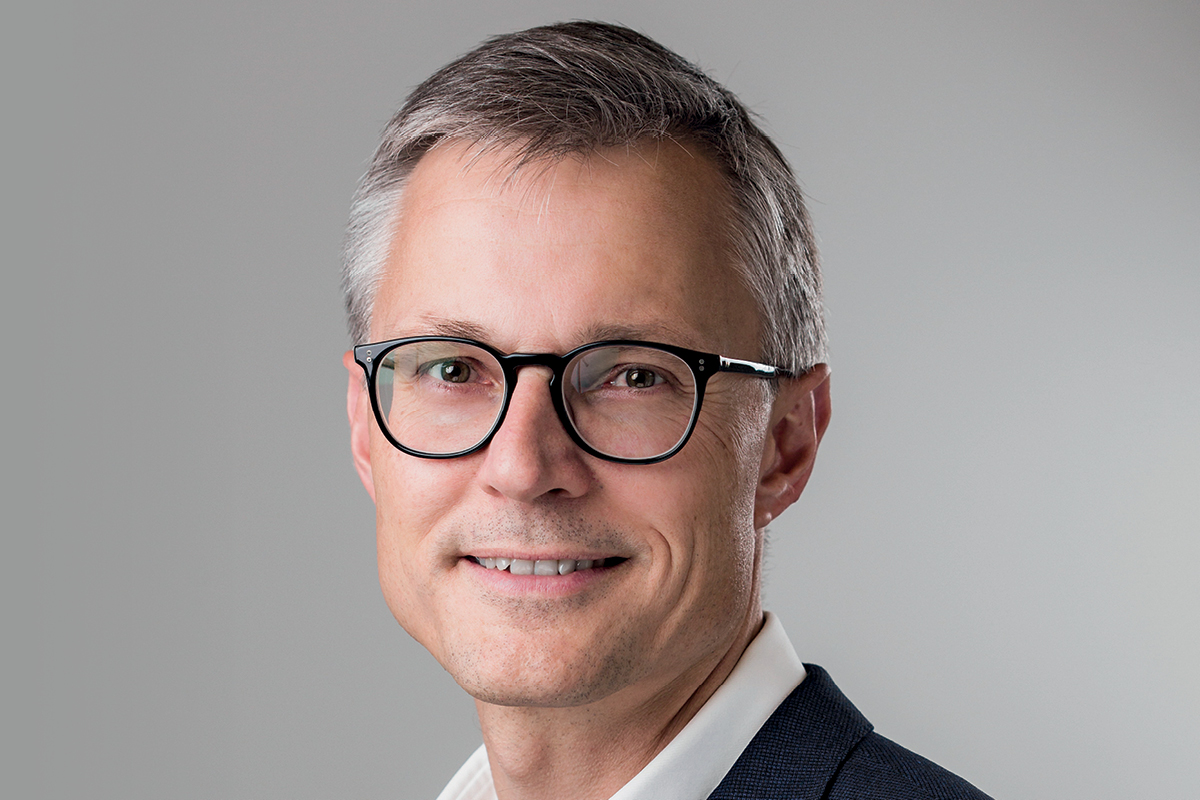 In the highly competitive world of telecommunications, a company must grow in order to survive. This is one of the crucial lessons Jan Trionow has learned throughout his years in the industry, including 10 years as CEO of the mobile communications services provider Hutchison Drei Austria.

Launching in 2003 as Austria’s only pure 3G operator, the Drei brand went on to enjoy what Jan calls the “boom phase” of mobile communications, when new technologies were being rolled out for the first time and providers were attracting millions of customers.

After the boom phase, however, came the inevitable “phase of consolidation,” when demand flattened and the economy could no longer sustain the number of providers who were jockeying for customers.

“This industry is so competitive, we’ve had to become a consolidator in order to avoid being consolidated,” Jan says.

Fortunately for Drei, the consolidation effort was led by a CEO who, in addition to having a lifelong fascination with technology, has also developed a passion for problem-solving his way out of tough business situations.

Jan’s first taste of telecommunications came in the early 1990s at the Technical University of Dresden, which was one of the first universities in Europe to offer research opportunities in mobile communications technology.

The research was funded by the German conglomerate Mannesmann, which gave Jan his first job after he graduated. The job gave him the opportunity to further explore his interest in technology, but more importantly, it opened his mind to the possibility of one day running a business.

“It was very exciting for me because I love mobile communications and electronics, but more and more, I became interested in the business side of the telecommunications industry, learning not just how innovations happen but what happens in the world as a result. I became a fan of the industry and had dreams of running a telecommunications business,” Jan says.

Since joining Drei as CEO in 2010, Jan has led the company’s acquisition of numerous competitors and adjacent businesses, including the mobile operator Orange in 2013, the mobile phone discount brand eety in 2015, and the internet services provider Tele2 Austria in 2017.

Today, Drei counts nearly four million customers in Austria and the powerful coverage area, paving the way for the company’s current ambitions to leap into the future. 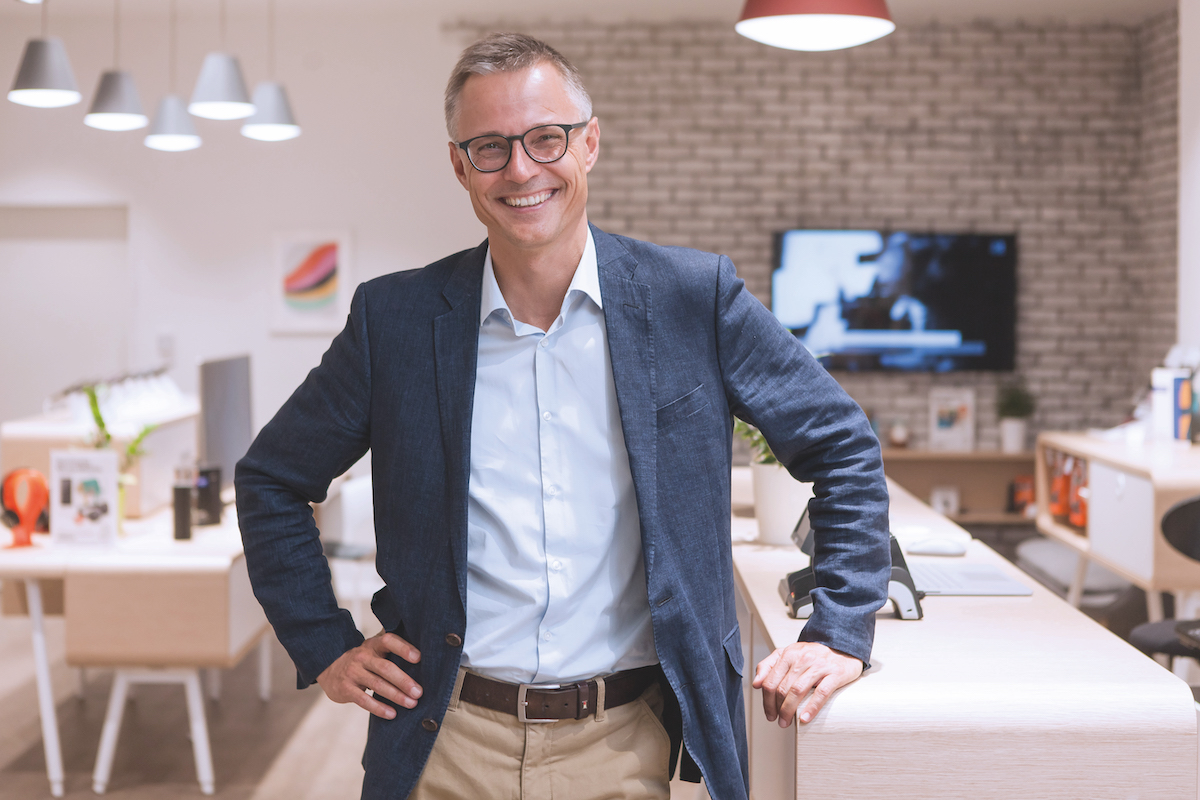 Since it started as a pure 3G operator, Jan says, it has been Drei’s destiny to be an innovative player in Austria’s telecommunications market.

“We did a lot of things early on, including enhanced multimedia services, mobile TV, enhanced video applications and location-based services. The customisation of these services to the mobile device became an important part of finally being the leader in mobile data communication. Using the mobile network to provide broadband services to households became one of the crucial success factors of our business in Austria,” Jan says, adding, “Drei’s success in mobile broadband was also based on close cooperation with ZTE as its supplier or the network modernisation.”

Jan goes on to explain that customers used to have to buy an ugly black box and hide it somewhere in their flat, while broadband connections for households were cumbersome to install. “We broke these conventions,” says Jan. “This is how we entered the phase of consolidation so strongly and survived.”

Now, Jan has set his sights on a number of new challenges to solve. The first is the tension between the eruption in data usage and the cost of energy.

“So, becoming more energy efficient is more important, both from an economical point of view and an ecological one,” Jan says.

For this reason, he is pushing Drei to become a leader in the use of renewable energy. Already, a sizeable portion of the company’s electrical energy consumption comes from renewable sources, including the solar panels that provide power to its Vienna headquarters and datacentre.

“Our next move is to become a producer of energy, helping to manage energy consumption for our own business as well as for our customers,” he says.

“Becoming more energy efficient is getting more and more important, both from an economical point of view and an ecological one.”

The other area of innovation Jan intends to conquer is the development of a 5G network. “5G is a game changer in our industry, driven by the technological capabilities of being one network that serves all purposes in the ‘Internet of Everything’. So, we see a lot of growth opportunity initially from providing faster internet connections using 5G technology to Austrian households,” Jan says.

“But as we go along, we are also seeing a great deal of potential in many areas of society for 5G to provide mission-critical, low-latency services to innovative products for the Austrian market, for consumers as well as for businesses. This goes along with our strategy to strengthen our B2B business.”

– Drei has 3.9 million customers in Austria and 1,500 employees.
– Half a billion gigabytes flow through the Drei network every year.

In June 2019, Drei – a recent leader in 5G – announced its first major move towards 5G dominance with its announcement of a ‘real 5G’ network serving the company’s commercial customers in the Austrian city of Linz.

As Jan puts it, “Other vendors are just ‘5G ready’ or have upgraded individual transmission masts across Austria. We are launching the first true, contiguous 5G network that is worthy of the name.

“While the others only talk about the future, in Linz it is already a reality today. The race for the 5G leadership
in Austria is officially open.” 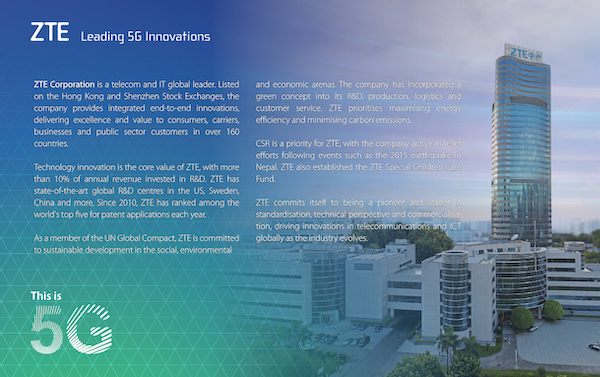