Shooting for the stars: Khalid Balkheyour 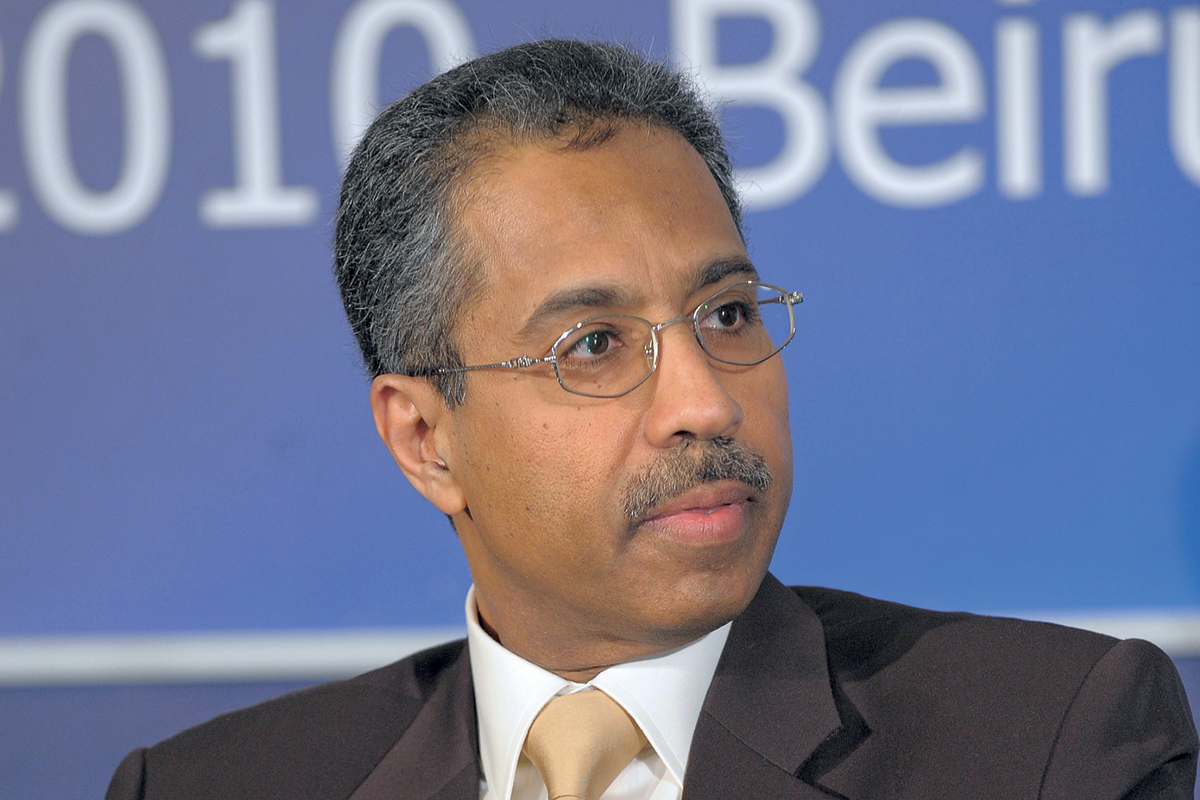 Khalid Balkheyour, CEO and President of satellite telecoms company Arabsat, came to the company after 20 years’ experience in the terrestrial telecoms industry. The move seems like a pragmatic one but, in truth, Khalid was equally inspired by that same youthful enthusiasm for space that many of us pick up early in our lives.

“The romance of space captivates me and everyone I’ve met in this line of business,” he says. “No matter how much we age, we always turn into excited young kids when we watch a rocket launch or watch a satellite in the clean room, knowing that it will shortly be in the vacuum of space, or watch it stream across the sky in a small, barely visible dot of light. Nothing is more rewarding and I’m honoured to be a member of this unique club.”

In 2003, Khalid took over as President and CEO of Arabsat (Arab Satellite Communications Organization). That initial period wasn’t easy, but he nevertheless “accepted without hesitation”.

The company only had one fully functional satellite and a rapidly dwindling customer base but, with the support of his “excellent team of brilliant people”, Khalid managed to get Arabsat back on its feet. “We made it known to everyone on the value chain that a new Arabsat was in play,” Khalid recounts.

Since then, Arabsat has launched 10 satellites, bought Hellas Sat (one of south-west Europe’s biggest satellite communications solutions providers), and partnered with all major terrestrial players. The company has also expanded beyond the Arab world into Europe, Africa and Asia, while increasing revenue sixfold.

Enabling broadband and satellite broadcasting across the MENA region, the Arab League-owned company continues to expand today, operating the youngest fleet of satellites in the region.

No doubt Khalid’s favourite piece of advice was invaluable in pushing him through that turmoil. “When you find yourself amid chaos, take a moment and try to extract yourself mentally,” he says.

“When you find yourself amid chaos, take a moment and try to extract yourself mentally.”

“Look at the bigger picture. Only then will trivial problems become trivial and you’ll be able to put things into true perspective. Many times, people lose themselves in arguments or fight wars that are a constant drain on positive energy for no added value, except to make matters worse.”

It’s still a challenging ecosystem – more than 25 satellite operators compete in the region, creating oversupply. Consequently, prices have dropped 75% since 2014.

This is a challenge for an industry in which assets (that is, satellites) have a lifespan of 15 years. Although Arabsat still sits above the market average, the gap is closing rapidly. Khalid expects a few operators will be driven out of the industry, eventually presenting opportunities largely in the realm of mergers and acquisitions.

“Despite the tumultuous environment surrounding us, Arabsat stands on solid ground,” Khalid says. “We enjoy a robust balance sheet, we have a large, young fleet of satellites and have earned the trust of customers who know and appreciate the value proposition we offer. We also have a talented team of smart, hard-working individuals who are ready to steer Arabsat out of these turbulent waters and into calmer seas.”

There’s a noticeable theme that recurs through Khalid’s responses – the value he places on his team. “I’m a strong believer in the power of the team,” he says.

“That’s what I have preached and practised throughout my career. Leadership is not about one person alone. It’s about one person with a vision, who can harness the knowledge and power of those around them to achieve a common goal in an efficient manner.”

Khalid views the people within the business as friendly, professional but extremely competitive, a result of the industry being small enough that everyone knows everyone else.

“This industry boasts some of the brightest minds,” he says. “Its global nature forces you to interact constantly with satellite professionals from all over the world. It’s rewarding and enriching on professional and personal levels. Over the past decade and a half, I’ve built up a portfolio of strong personal connections that I count on to last a lifetime.”