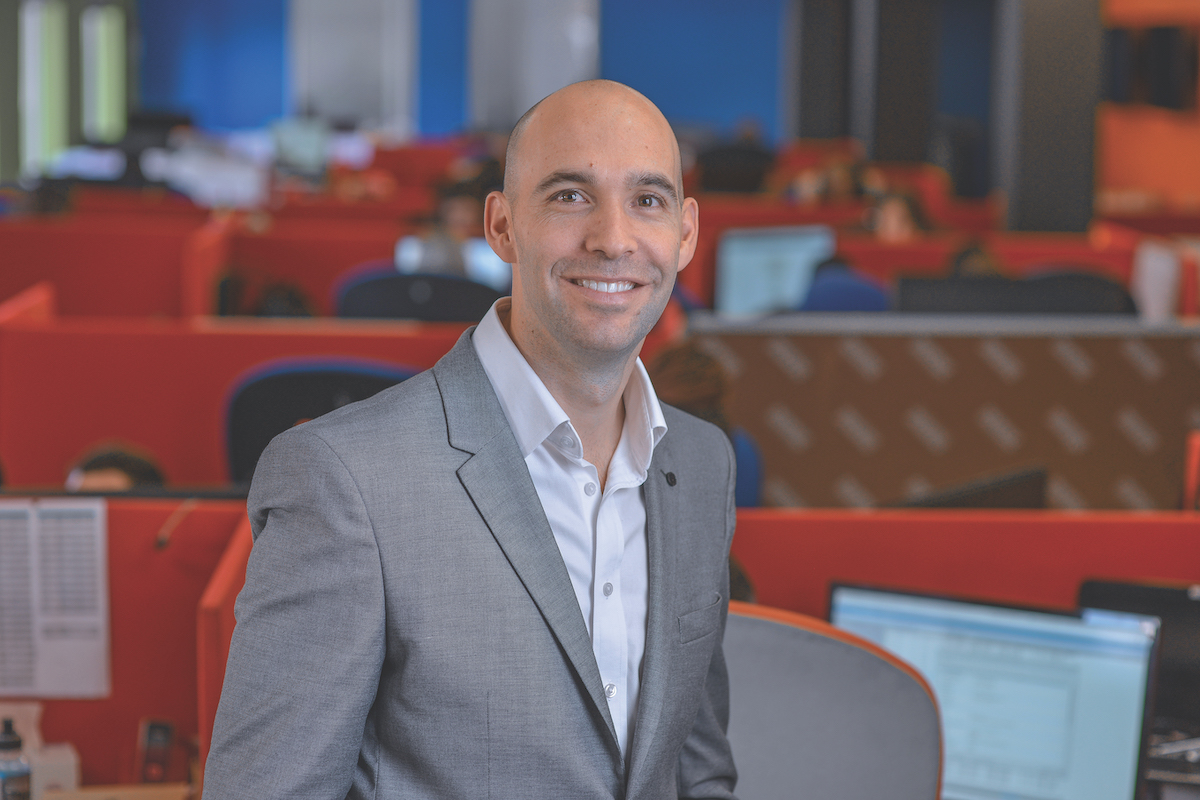 According to Saicom CEO Kyle Woolf, the key to success in business is hiring well. “You can always add a product, you can always add a solution to your bow, you can find a partner who can help you give something back,” he says. “But if you don’t have the right staff in place, and you don’t have a culture of excellence and a culture of team players, then I think you are always going to be on the back foot.

“Often, as a management team, we hire for our individual weaknesses, as opposed to complementing our strengths. So, areas where we’re actually deficient, we will hire for. That has been critical to our success.”

Saicom is a South African telecommunications service provider that exclusively uses cloud-based services and focuses on telephony systems for small businesses, corporate clients, VoIP operators and resellers across the country.

Over the past few years, it has grown organically, with an eye to potential acquisitions both locally and offshore. But the most important element of that growth is expansion without sacrificing the Saicom culture. “That’s my leadership style,” Kyle explains.

“It’s people-centric and it’s output-focused. I don’t care where you are, I don’t care what you’re doing – as long as the output is there. If the output isn’t there, then it’s about making sure that you at least have the tools at your disposal to enable you to do your job to the best of your ability.”

Kyle came to the communications industry from an unusual perspective. Trained as a chartered accountant, and with most of his prior experience coming from the banking sector, he admits that taking over the reins at Saicom was “a major baptism of fire”.

Originally, he came aboard to shadow one of the original founders, who was stepping away from day-to-day operations, and take over as Financial Director across three companies within a larger group.

Three years later, and with only those three years’ worth of experience in the industry, Kyle took over as CEO of Saicom Voice Services. It was a challenge that suited this son of an entrepreneur. “A theme in my life and I suppose how I manage people within our organisation, is if you have the right attitude, you can learn anything,” he says. “Attitude can’t be taught, but skills can be.”

That non-traditional path to the top has served Kyle well in the big chair, where he takes a less-structured view of how the organisation is functioning than someone who has climbed a more straightforward career ladder. “Most people have specific jobs and are siloed in those jobs,” he explains.

“They have quite a narrow, specialised focus in terms of what they do every single day. But I think being in management and running a business gives you a much broader view of what’s going on.

“I think that’s actually the most gratifying part of running a business. It’s really being able to sit back and say, ‘Wow, I had a small part to play in that.’” 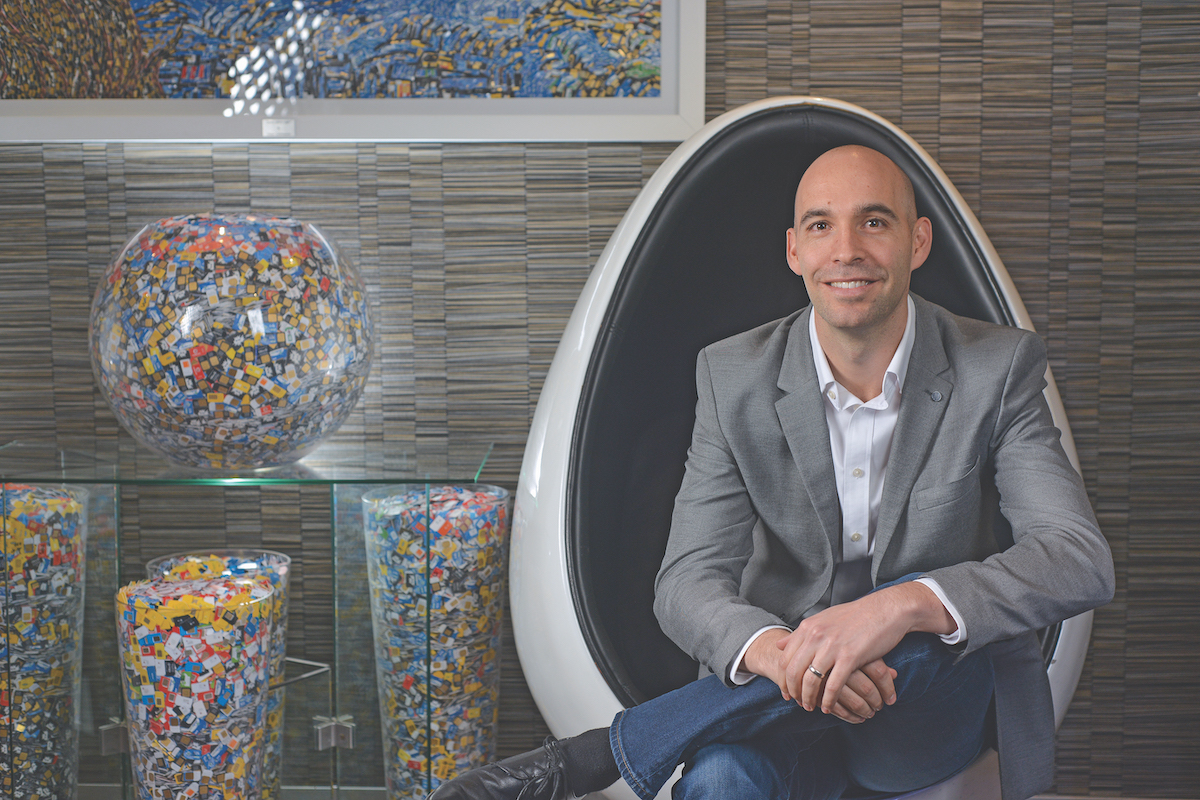 The telecommunications industry has always been driven by technical innovation, but for Kyle, the most interesting aspect is the human one. “The challenge of people and understanding what makes them tick is the most enjoyable,” he says.

“When you create a culture that allows people to grow and display excellence in their chosen job, that gives me a huge amount of satisfaction. And being able to add value at a strategic level – I don’t think many people get the opportunity to look at a business from this vantage point.”

Hiring the right people is the first step, of course, but that strategy only works if you are also fostering a company culture that allows them to do their jobs in their own way, without the fear of being punished for exploring less-trammelled paths.

And Saicom does just that. “Just as a general concept of not being scared to try even if you fail,” Kyle says. “You can’t be innovative if you’re scared to fail. You have to be allowed to fail. The culture we created within our business is one where our engineers have the room to play. To break. To fix. To learn. And that is ultimately where the innovation happens.

“You can’t say, ‘Okay, cool, on Monday from two to three we’re going to do an innovation workshop.’ Innovation is something that potentially happens at 12 o’clock at night when no-one’s around. So if you can give people the platform to innovate and make mistakes, without getting fired or given warnings and having a really bad consequence to their failing, then that change is something people can adapt to quite quickly.”

“If you can give people the platform to innovate and to make mistakes, without getting fired or having a bad consequence, then that change is something people adapt to quite quickly.”

That mindset is invaluable in a sector that is constantly looking into new and innovative practices, such as SD-WAN (Software-Defined networking in a Wide Area Network), which is adding massive value in application management and network control, and is now being offered to customers at both the click of a button and in real time.

Another major development in the telecommunications industry in recent times is the concept of omnichannel. “We’re voice and connectivity experts – that’s really our game,” Kyle explains. “One of the big changes we’re starting to see now – omnichannel – is where people, when they’re talking to a customer, want to understand that customer end to end.

Continuing on the topic of the future of the telecommunications industry, Kyle has a lot of thoughts about how the space will be shaped, and reshaped, by some nascent technologies – though he won’t be drawn on specific blue-sky predictions. “I don’t think anyone really understands what it’s going to look like in five years’ time, let alone 20 years’ time,” he says.

“From our perspective, we haven’t really dabbled in the IoT space yet, for example. I think the key in that space is trying to understand what type of niche you really want to play in. There’s so much noise around it – let’s get rid of the noise, understand what the value proposition is and make sure that the application you choose can be used and accessed by the masses, as opposed to something that is almost too niche.

“AI is also interesting, in terms of how it’s going to replace ordinary tasks and jobs. We all know the stat that 60% of jobs today will not exist within the next 20 to 30 years.

“That’s a scary thought but artificial intelligence will have a huge role to play in taking those menial tasks and creating efficiencies for both service providers and customers alike. As a technology provider, we hope to be at the forefront of that technological wave.” 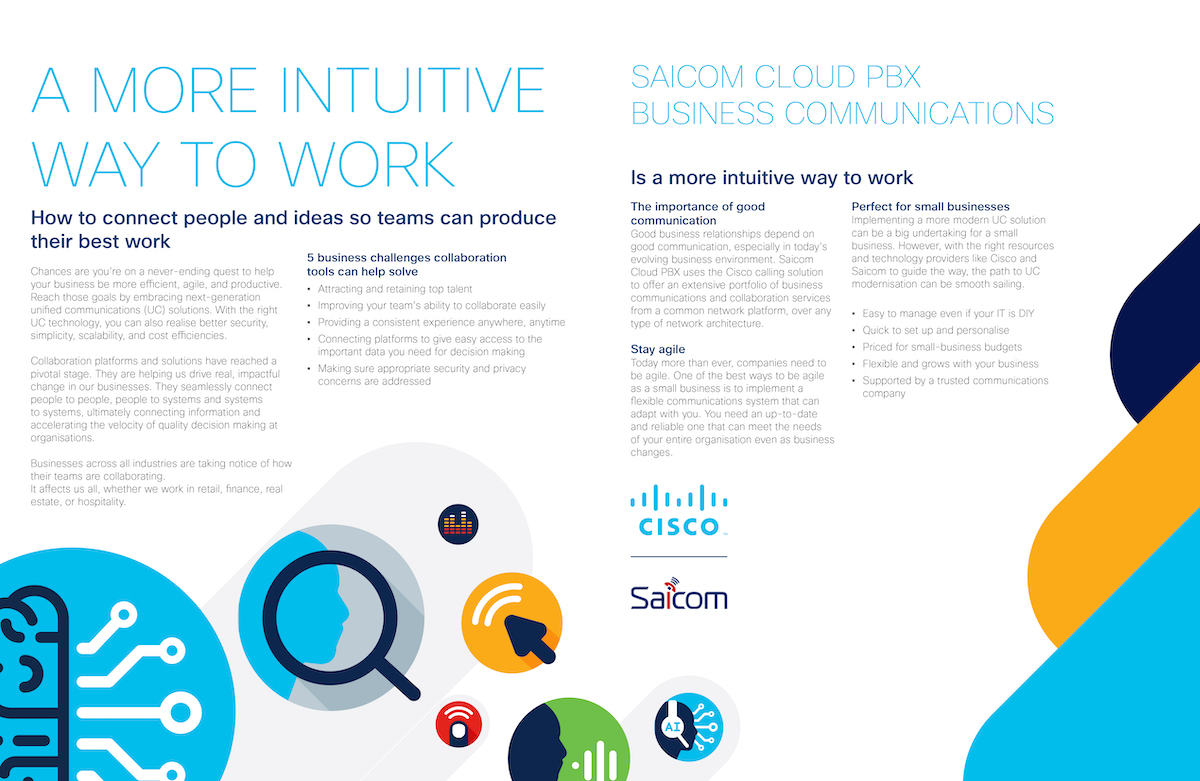