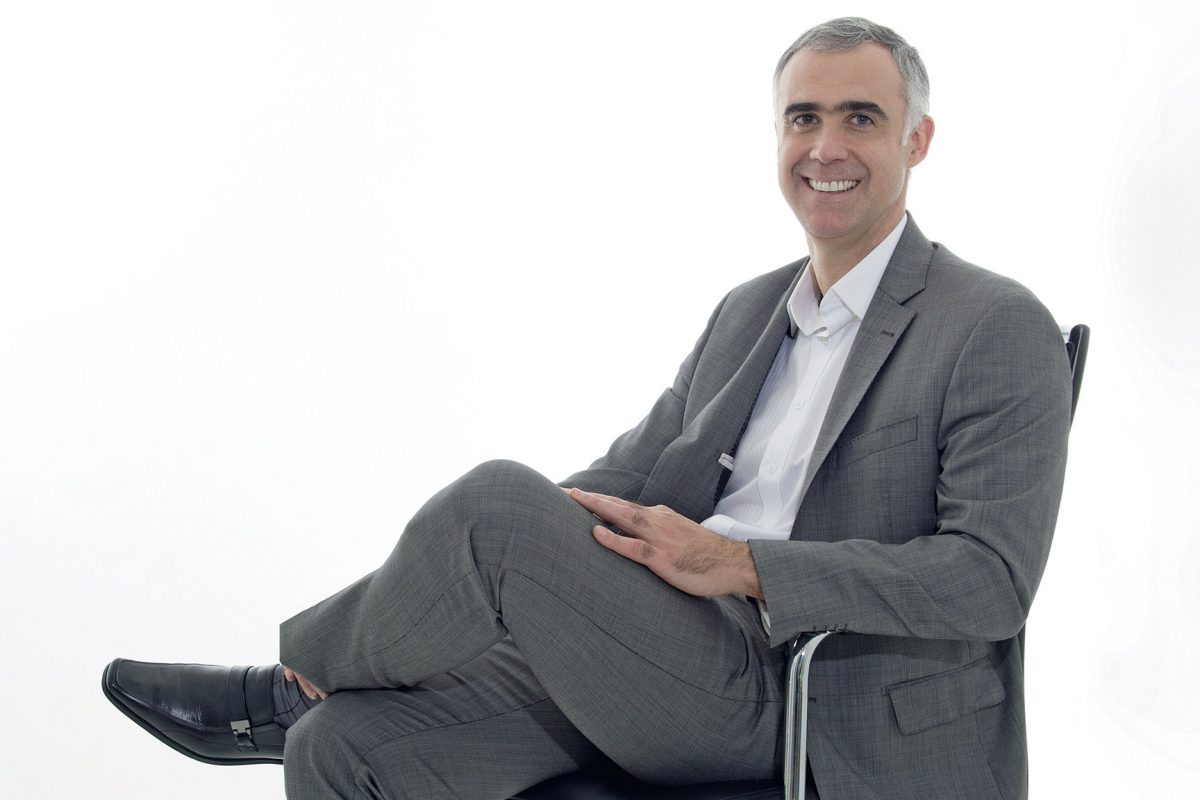 As CEO and President of one of Colombia’s leading telecommunications players, TIGO (known as UNE EPM Telecomunicaciones), Marcelo Cataldo knows that targeting urban centers would be the easy way to do business. The country of more than 50 million has 81% urbanization, according to World Bank data.

“Focusing on just the big cities would save us time and energy and make us money,” he acknowledges. But while access to the internet may be on the increase (the country has set the goal of becoming the first country in Latin America to adopt 5G), Colombia suffers from what Marcelo refers to as a “huge gap” in connectivity, especially when comparing urban and rural areas (or even neighborhoods in the same city).

Bridging this connectivity divide is his main focus in the role – and the purpose of the company. “The overall medium- to long-term goal is to keep the connections growing,” he explains.

On the back of being awarded 40 megahertz in the 700 megahertz band (which reaches Colombia’s underdeveloped and rural regions) at the country’s spectrum (bandwidth) auction in December 2019, over the next four years, TIGO will expand its network to 1,600 towns in rural areas that have no internet connection. Many have a population of less than 1,000 people.

Any company with the money can buy technology or sign an agreement with Amazon or build a data center. What allows us to set ourselves apart is the way we do things in our culture and how we put the customer in the center.

“We are going to cover 95% of the country.” It’s not a goal without challenges, however. Along with the regulations that make it difficult to deploy the network at speed, Marcelo identifies two primary obstacles: “The first one is wholly up to us and that is to keep on building the networks,” he says.

Of the US$300 million in capex TIGO spends annually in Colombia, 90% is dedicated to building mobile and fixed networks, both fiber and 4G. “We are the only telco in the world with 40 megahertz in the 700 spectrum because we know that there is a huge requirement for connectivity.”

Then there’s also the cost-prohibitive nature of mobile handsets: in a country where the minimum wage is around US$300 a month, in order to buy a 4G-capable phone at the lower end of the market (the US$60-70 pricepoint is the example Marcelo gives) still represents a significant proportion of the average income. 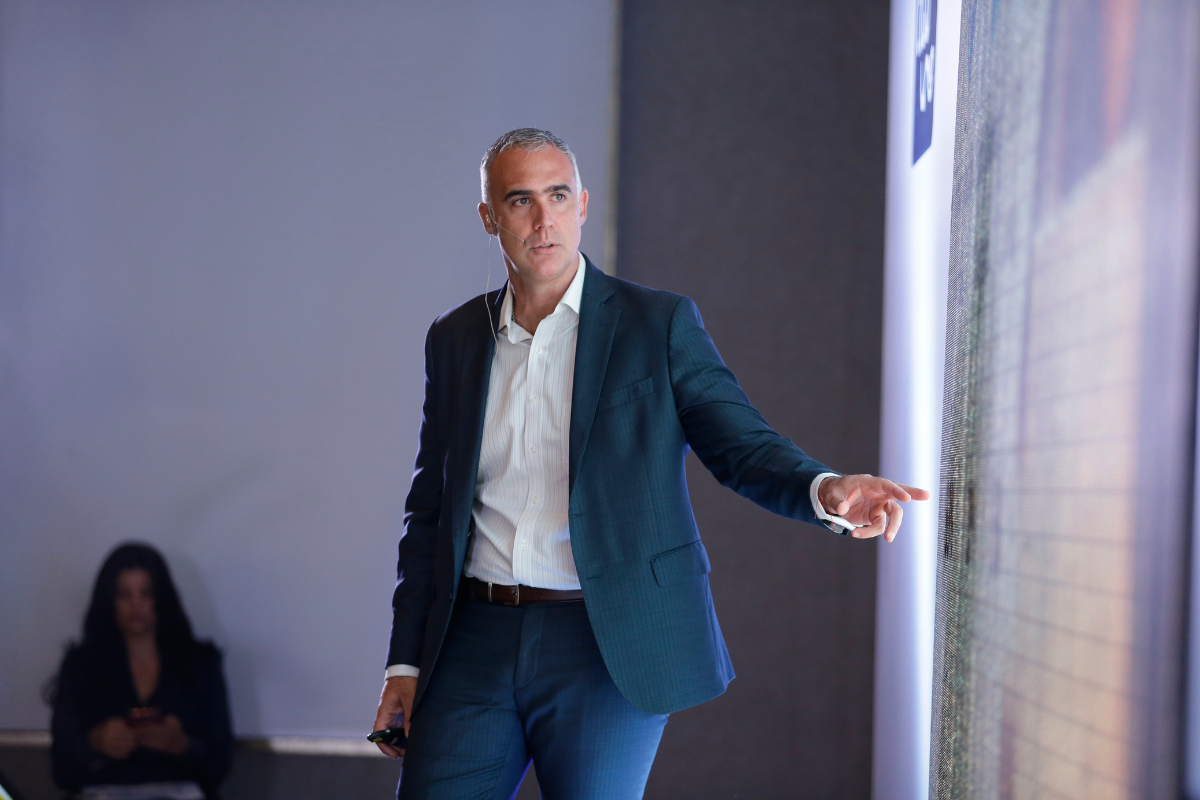 Although the country has stated its intention to wind up its 2G services, Marcelo explains that, “In the mobile ecosystem, only 60% of the population has a 4G device and less than half has a broadband connection in their house.”

But delivering connectivity is just the beginning, the base from which the business can construct a whole range of services to offer both personal and business customers. This is a competitive market and TIGO is joined by Claro, Movistar, Avantal and ETB.

Therefore, on top of network reliability and quality, and attractive pricing, “consumers want to know what else we can bring them,” Marcelo explains. On the B2C side, the answer is TIGO’s ONEtv integrated television and internet service, which was launched in 2017.

“This is where we combine on-demand content from platforms such as Fox, HBO and YouTube with Linear TV in one ecosystem,” Marcelo says. The service also features live TV recordings and an intelligent decoder that personalizes suggestions based on viewing history.

“We also have an agreement with Amazon,” he continues. “Depending on the plan they sign up to, customers are able to access Amazon Prime Video and/or Amazon Music, or to buy it as an add-on to their plan.”

It’s a win–win partnership: “There are companies that produce better content than we can certainly produce. We are focused on connectivity, network and infrastructure to deliver that content in a very easy way.”

Especially in a region where not everyone has access to a debit card to sign up to automated billing systems. “For the B2B consumer, we have built the largest and most modern data center in Colombia because we know that, for them, it’s not just about connectivity, but also about cloud computing, IoT, capacity on demand and machine to machine,” Marcelo says.

Located 2,640 meters above sea level in the capital Bogotá, the 770-square-meter modular facility was built in 2017. Marcelo, who has been in the role since August 2016, started out his career in the finance industry.

After graduating from university in Paraguay with a degree in software engineering, he was employed in what he calls “techie roles” at Citibank that took him to Brazil and the UK.

“After about a decade, I saw a great opportunity to move into the telecom business,” he explains. It was the mid-2000s and the industry in Latin America was still nascent. “It was mainly mobile with some TV. Internet was quite a new thing.”

TIGO’s headquarters is in Medellín. It is Colombia’s second-largest city and has undergone a radical rebirth since Time magazine labeled it “the most dangerous city on Earth” in the early 90s. Over time, the drug barons have been replaced by “law-abiding entrepreneurial folk”, as Britain’s The Telegraph wrote in 2018. The ‘city of eternal spring’, as it is known thanks to its mild, year-round climate, is now lauded as one of the most innovative in the world, a title it was officially awarded in 2013 by the Urban Land Institute. As a further demonstration of its rebirth, in 2019 Newsweek’s Momentum Awards crowned Medellín The World’s Smartest City, citing an “extraordinary urban transformation led by technology and data”. In augmenting its average annual contribution to the city’s budget to US$400 million a year, UNE’s parent company EPM helped fund many of the programs that contributed to this transformation.

Decision made, Marcelo’s first foray into the telco world was with TIGO in Paraguay. “My expertise was on the technical side, in database systems,” he says. But as he crunched information, he developed an understanding of consumer behavior.

“It really alerted me to the business opportunities and the business angles to look at.” A switch was made to the commercial side of the business. A move to Miami as well as titles such as Director of Business Development at LatAm, Chief Officer for the Solutions Category and CEO for the Corporate Business Unit followed. In 2013, he arrived in Colombia.

It was the year before TIGO – the digital lifestyle brand of telecommunications service provider to Latin America and Africa, Millicom – merged its Colombian operations with UNE, the broadband and fixed-line subsidiary company of Empresas Públicas de Medellín (EPM) to form the entity it is today.

“I came here to officially manage a mobile business unit,” Marcelo explains. A promotion to the C-suite – and the CCO role – came next. Seven months later, he was appointed CEO. For Marcelo, it was all part of his long-term plan.

“Obviously, when you start growing on the commercial side, you aim for the big job,” he says. “I’ve been preparing myself for the CEO role since I arrived in Colombia in 2013.”

He inherited the leadership of a business which, two years after the merger, still had distinct TIGO and UNE cultures. In pulling these divergent forces together, TIGO has been able to focus on what matters most: its customers.

That, Marcelo says, is what sets it apart in the competitive Colombian telecommunications market. “The key thing for us to evolve and stand out from our competitors is not the network,” he explains.

“It’s not 5G nor the fiber optics. Any company with the money can buy technology or sign an agreement with Amazon or build a data center. What allows us to set ourselves apart is the way we do things in our culture and how we put the customer in the center.”

TIGO’s commitment to social responsibility is also an area where the company distinguishes itself in the market. A topic Marcelo considers particularly critical is the digital habits of Colombian children and young adults.

In July 2018, in collaboration with EAFIT University in Medellín (where TIGO is headquartered), it undertook a formal study of internet users between the ages of nine and 16. “We are the only private company in Latin America to have commissioned such research,” he says.

The latter presents “a huge opportunity” for Marcelo. The report helped form a CSR strategy that promotes the responsible use of the internet, a tool that Marcelo reminds us can be wonderfully creative and educational when used the right way.

“We have 800 employees who have volunteered to visit schools throughout the year to teach students about the risks and the opportunities,” he explains. “We take material such as books and board games to try and get them thinking about the internet, password security, what happens when an image appears in their WhatsApp, and so on.”

He estimates that the program has already reached 180,000 children in more than 40 cities. But in a country where the average age is 31.3 years, there is still a lot of the younger population to reach.

“We asked ourselves, ‘What could we do to create even more impact?’” Marcelo says. The result is a five-part miniseries called Patchers! Guardianes de Internet, which educates viewers about the challenges and opportunities presented by the digital world.

Featuring a cast entirely made up of Colombian actors, the series has been a resounding success, with more than five million YouTube views, according to Marcelo. It’s just one example that backs up his affirmation that “We don’t just sell the internet. Our commitment is to connect all of Colombia.” 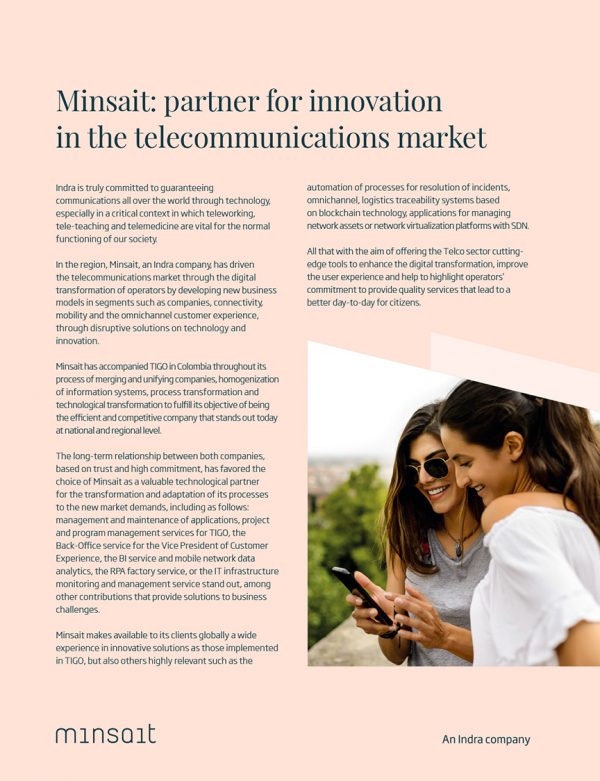