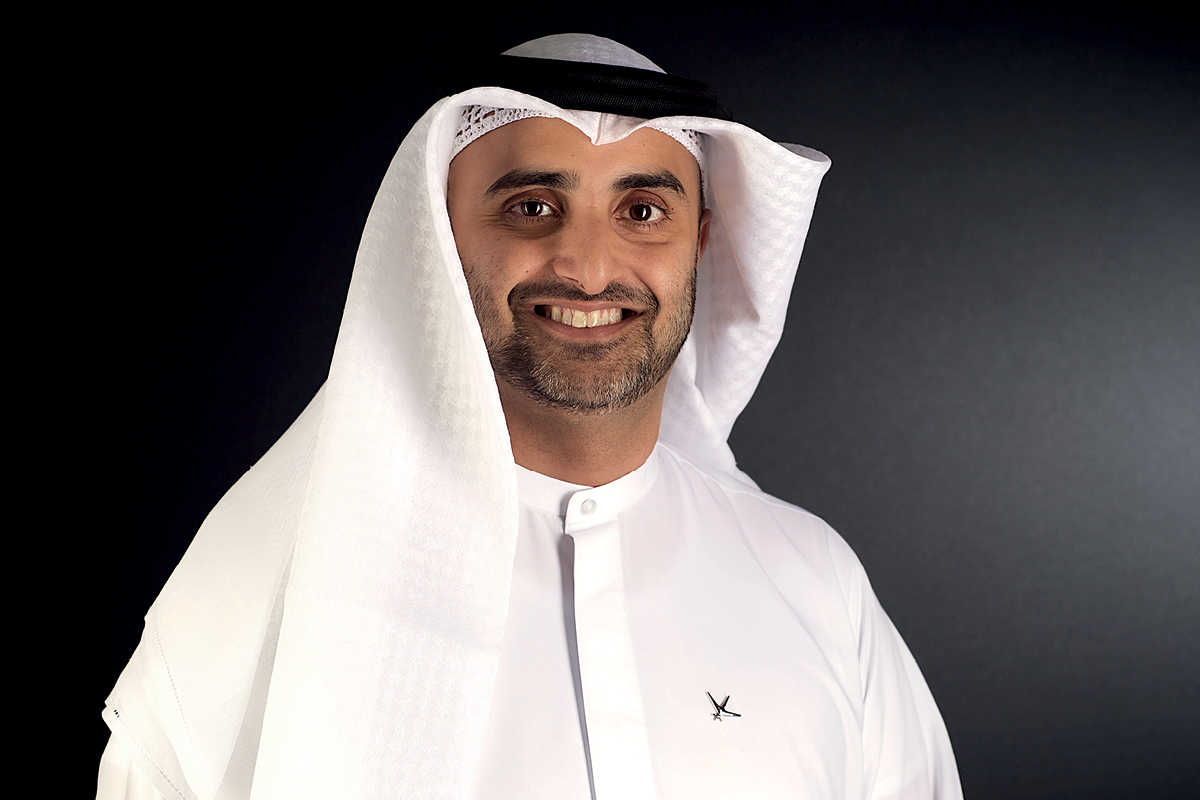 It was founded only in 2007, but with its stellar performance and growth in this time, Al Yah Satellite Communication (Yahsat) has already secured a reputation as a prominent global satellite player.

The company lays claim to five satellites covering over four billion people, with operations on the ground in more than 160 countries. It is the leading satellite broadband provider in Africa, and has more than 100 million viewers of Yahlive, the satellite broadcasting platform that’s a joint venture with SES, a satellite fleet operator from Luxembourg.

Based in Abu Dhabi, United Arab Emirates, Yahsat is the first company in the Middle East and Africa to offer multipurpose satellite services for both government and commercial customers, with a reach extending across the Middle East, Africa, Europe, Brazil, Central and South-West Asia.

CEO Masood Mahmood sees the company’s phenomenal success as a tribute to his team of specialist workers in a highly technical industry that changes as rapidly as the technology it relies on. Yet that is an integral part of his fascination with it, says Masood, providing both excitement and challenges to inspire him.

Masood has impeccable credentials in the communications technology arena. In addition to being the CEO of Yahsat, he is on the boards of Yahlive, the UAE Space Agency, EMEA Satellite Operators Association (ESOA), Abu Dhabi Financial Group, du, a Dubai-based telecommunications company, as well as the Yahsat-Hughes joint venture in Brazil. He is also the Chairman of du’s investment committee.

Yahsat is a wholly-owned subsidiary of Mubadala, a global strategic investment company based in Abu Dhabi with more than 100,000 employees, interests in 13 sectors across 50 countries around the world and more than US$227 billion (€209 billion) in assets. Its major shareholder is the government of UAE.

“We are the leading partner for satellite solutions on land, sea and air to the UAE Government and the UAE Armed Forces,” says Masood. “We are committed to national success by providing unique opportunities to local people while attracting the best international talent. It is a great feeling to know we are able to play the role in connecting people across the globe, breaking the digital divide in unconnected areas, connecting troops to base camps and patients to doctors, and saving lives in disaster-struck regions. We have a fleet of five satellites, which we are planning to expand.”

In the past two years, the firm has made significant moves to cement its global position. In 2018, Masood orchestrated the acquisition of Thuraya, UAE’s first mobile satellite operator, and its subsequent integration into Yahsat, complementing its fixed satellite services with Thuraya’s mobile satellite offerings to offer a more comprehensive product portfolio. 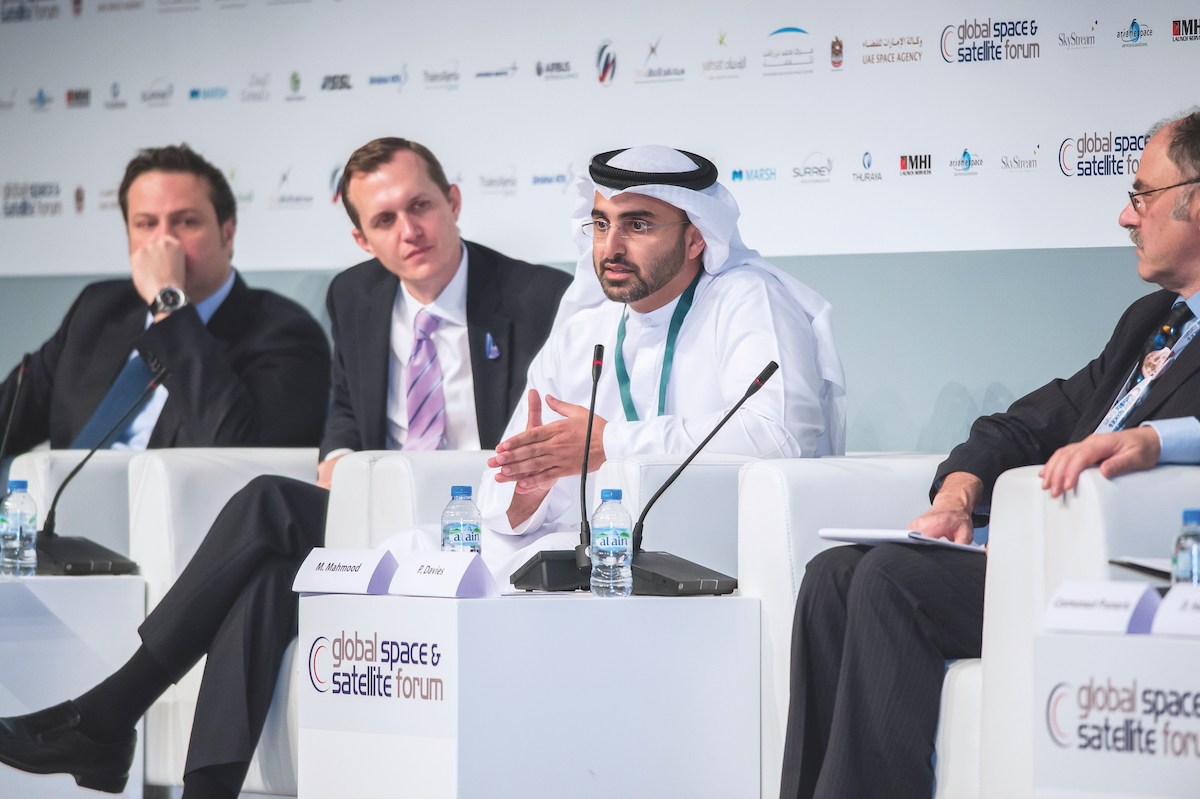 That wasn’t all for 2018. That same year, Yahsat also launched the MySat-1 CubeSat satellite, which was built by students at Khalifa University, where three groups of students graduated from the master’s space program developed jointly with Yahsat.

“Technology and innovation are in our DNA,” says Masood. “Yahsat has made its mark as a pioneer in driving innovative satellite communications solutions for both government and commercial applications – we are the first multipurpose satellite operator in the region. When we think about innovation, we always lean towards technology, but we should also remember how much innovation goes into business models. I am proud to say we have broken many norms in our industry and taken new business models to market, which are now being followed by others.

“As an example, Al Yah 2 and Al Yah 3 are among the first generation of satellites to harness the re-usable Ka-band satellite frequency powered by multi-spot beam technology. We are the first satellite operator to introduce this technology to Africa, and we are also a pioneer in Brazil,” he says proudly.

This embrace of technology goes beyond commercial imperatives. Yahsat’s collaboration with Khalifa University extends to ongoing research and development that will serve the region well into the future.

“Our joint initiative with Khalifa University and the UAE Space Agency to establish a space research and development centre of excellence should also be seen as our commitment to not only train the next generation, but to embed skills that will allow the development of new technologies in the UAE for export across the globe in years to come,” he says.

Critical to Yahsat’s ongoing growth is its reliance on relationships with suppliers. They are, says Masood, paramount for ensuring that Yahsat’s technology and commercial edge is not lost in this fiercely competitive industry.

“We’re very proud of the relationship we have with our anchor customer, the UAE Government, to whom we provide secured satellite connectivity solutions on land, sea and air platforms, and for whom we play an advisory role in space-related projects and initiatives,” Masood points out.

“We strive to excel at what we do and deliver maximum value to all our stakeholders. So far, I’m proud to say that we have created a very positive mark among all of them. Yahsat’s philosophy is always to work with partners to ensure our core capabilities are complemented by what others do best, creating and sharing value for everyone, including our customers. 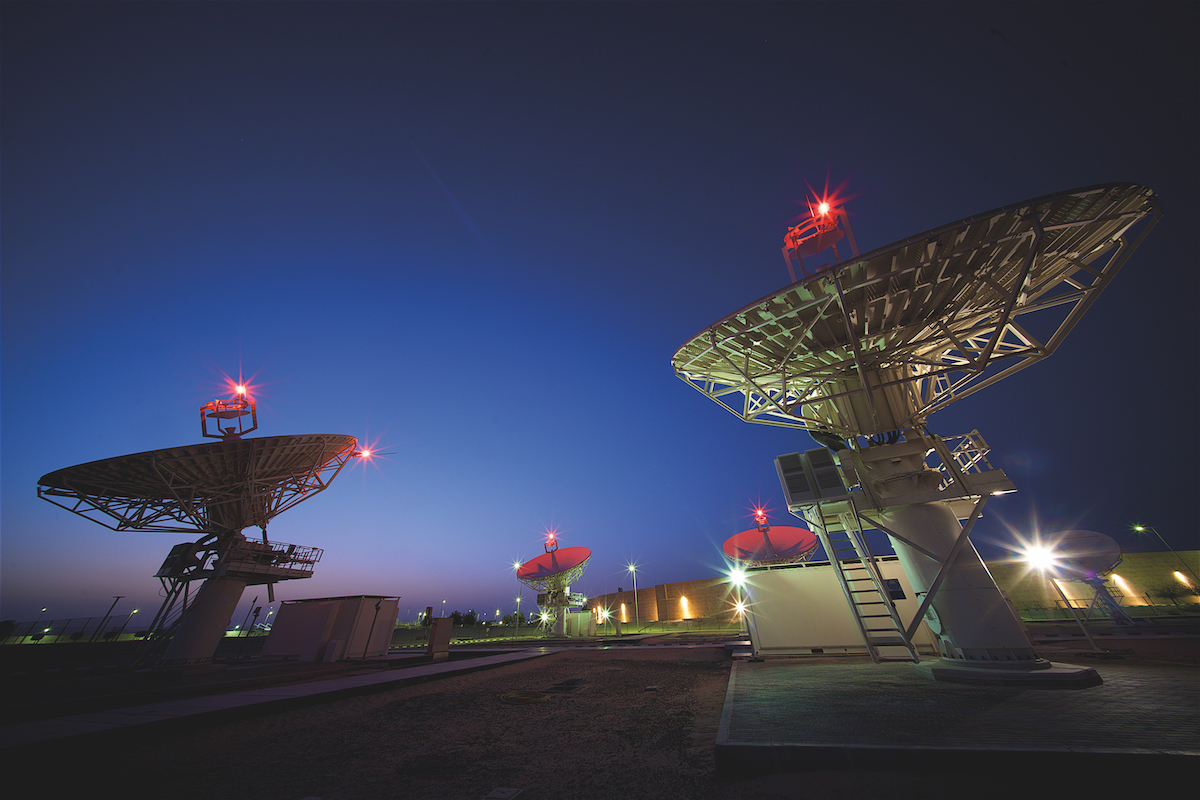 “Worthy of note is our partnership with Hughes. We have been working together since 2011, with Hughes providing the broadband ground systems for the Al Yah 2 satellite, which was launched in 2012. More recently, this has evolved into the Africa and Brazil joint ventures, which combine the strong value proposition from each party in each market and across the value chain.”

While technology partnerships prosper, it’s the personal connection between them that really keeps them grounded and focused. People make the difference in each partnership, Masood says, and provide the essential energy to maintain relationships.

“I have to acknowledge that this is a passionate industry in continual change, and I have the honour to lead a strong organisation of talented employees, which has the full support of our shareholder, Mubadala,” he adds.

“I have to acknowledge that this is a passionate industry in continual change, and I have the honour to lead a strong organisation of talented employees.”

For the immediate future, Masood is focusing on four areas of interest for Yahsat to build its portfolio of services and its reach into new markets. He’s keen to expand the company’s services to the UAE Armed Forces and other UAE government bodies, and build on its already thriving broadband businesses in Africa and Brazil with Hughes.

Yahsat also has the potential to capitalise on opportunities in commercial mobility markets such as shipping, which would give it extra reach into new markets, especially in Asia as the region’s economies enjoy continued growth.

“We aim to make Yahsat a place where kids dream of working, and a company of which our young generations feel proud.”

“We also wish to drive our IoT and M2M commercial offerings, which have been enabled through our acquisition of Thuraya,” says Masood. “These represent an extraordinary opportunity for us in the near future.

“I envisage a very bright future for Yahsat. The space industry will continue to play a critical role in the social and economic development of the UAE and of the world. It’s great to be able to lead a company at the heart of the UAE space journey,” he enthuses.

“It’s great to be able to lead a company at the heart of the UAE space journey.”