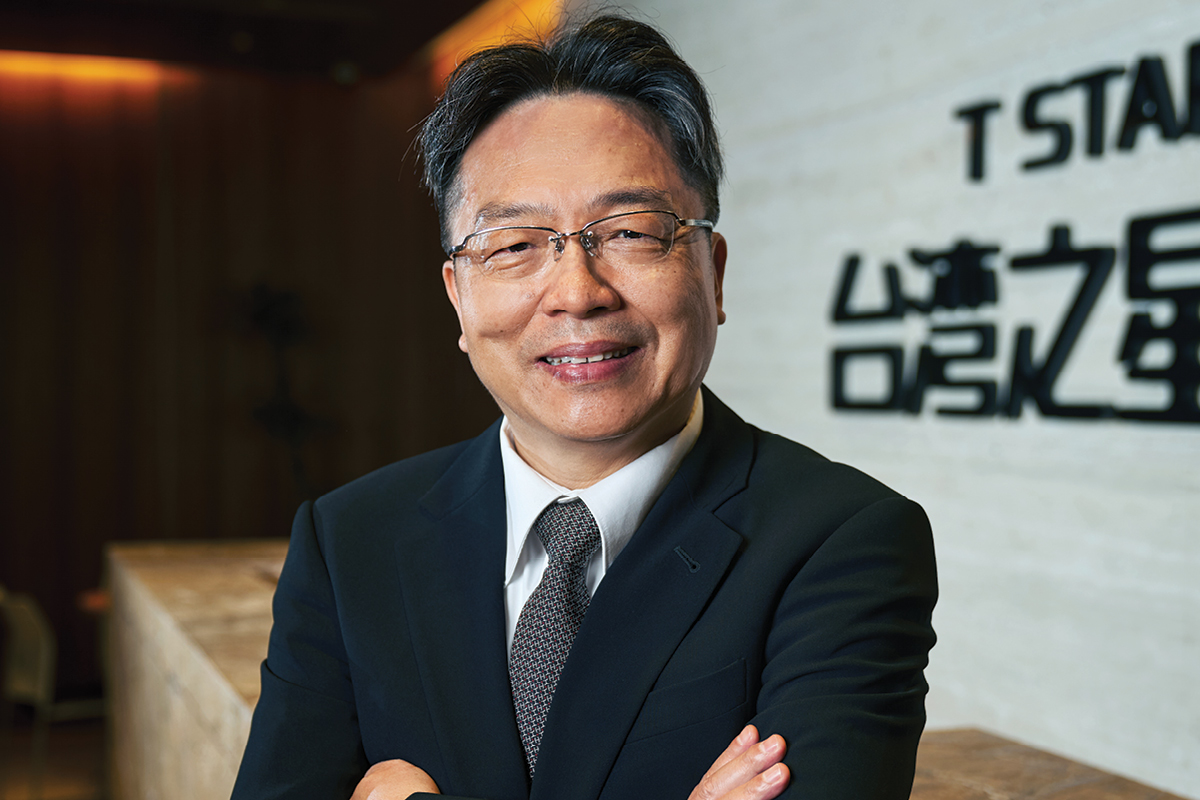 Who would you think has most inspired the leadership of Cliff Lai, CEO and President of Taiwan Star Telecom? Is it a mentor, a figure in the telecommunications industry or a member of his family?

Surprisingly, it’s Sun Tzu, the Chinese military strategist who authored The Art of War, a treatise held as influential by the likes of David Petraeus and Ho Chi Minh.

What does Cliff see in one of history’s most influential thinkers on modern warfare to admire? “He wrote that war is governed by five principles,” he explains to The CEO Magazine.

“They are: The Moral Law, Heaven, Earth, The Commander, and Method and Discipline.” Cliff says that he studied Sun Tzu’s concept of The Commander closely and learned how to lead in a way that was consistent while avoiding conflict.

That was particularly important to him when he joined the telecommunications provider and had to map out his business strategy. “When I joined the company, I thought about how The Art of War could be applied to the business structure.

“I defined a strategy and ensured that everyone was aware that our core values were accountability, excellence and teamwork. That meant frontline employees would have a clear understanding of what they needed to do and what I expected of them, which led to them becoming much quicker and more capable of responding to their duties. It’s because of Sun Tzu’s theories that everyone in this business has become motivated to seek challenges and strive for success.”

“It’s because of Sun Tzu’s theories that everyone in this business has become motivated to seek challenges.” 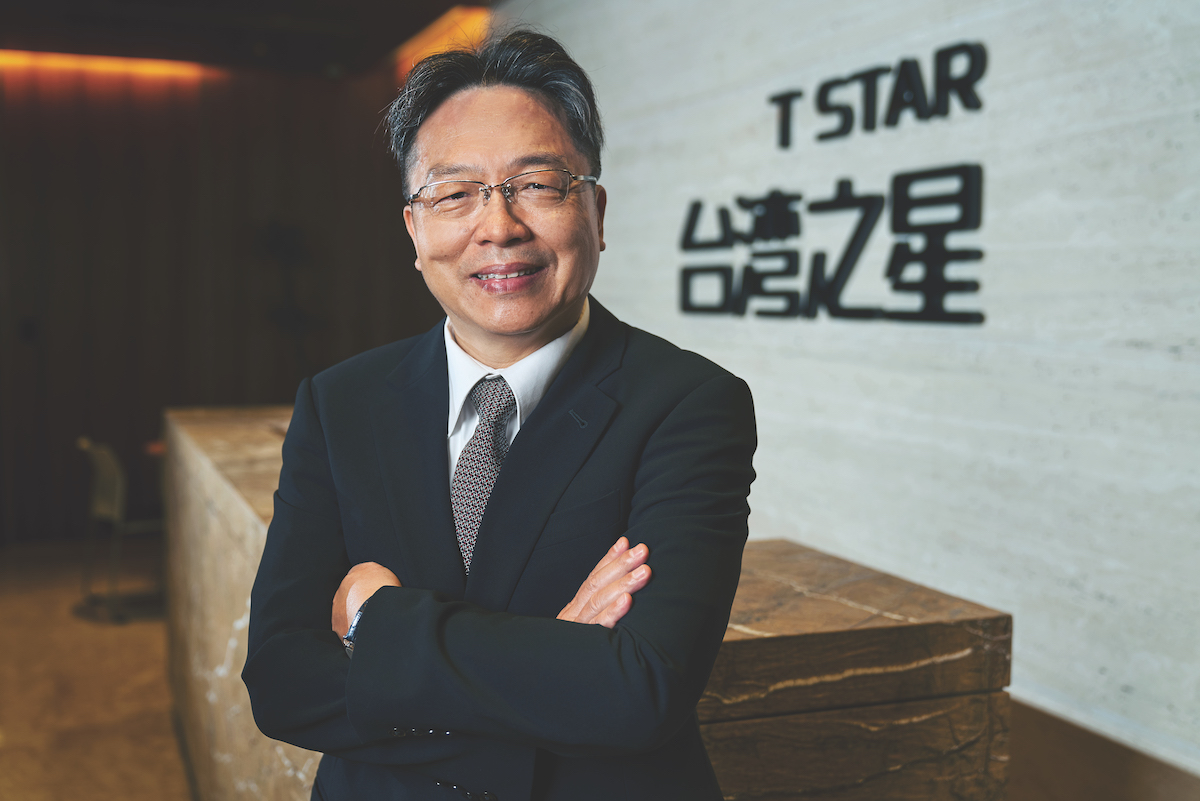 One of three siblings, Cliff was raised in Taichung City by his mother. His father passed away when he was five, leaving the family to fend for themselves. “We had limited resources, so I had to figure out how to be independent quickly.”

Despite the difficult circumstances, however, Cliff says his mother taught him to be optimistic when confronted with adversity and to value the opportunities he had. “She was instrumental in encouraging me to go to university and take my education seriously.”

Attending National Taiwan University, Cliff received his bachelor’s degree in electrical engineering, before going on to receive a master’s degree from North Carolina State University (NCSU) as well as an MBA from National Chengchi University.

“I was successful in my studies because of my experience and upbringing. I had problem-solving skills and I was able to achieve goals because I had the determination and resilience to continue. That helped me later in life because I learned to never surrender.”

During his undergraduate studies, Cliff became interested in communications engineering, learning about telephone and satellite communications. “That sort of thing wasn’t mainstream at the time, but I found it very interesting and decided to study it for my postgraduate degree.”

While at NCSU, he says he was inspired by the “beauty of digital signal processing” but found that most of the jobs available in that field were only in the military or national security.

Eventually, he managed to find work at Fujitsu as a firmware engineer. “I was able to improve my skills there but didn’t feel motivated. There was this voice in my head telling me to pursue my dreams.”

From Fujitsu, Cliff went on to Lockheed Martin, before eventually being offered a job with Nokia Bell Labs, the historic research company responsible for innovations like the transistor, the laser and radio astronomy.

“It was phenomenal to be able to work at one of the most well-regarded research centres in the world. I learned so much about the telecommunications field that was extremely helpful for my later career.”

When the Taiwanese telecommunications industry was privatised in 1997, Cliff went home to find work in the field he cared so deeply about, working in a variety of executive positions before joining Taiwan Mobile in 2007. Serving as COO and CBO, Cliff was eventually appointed President of the company, where he recognised the increasing need for mobile internet services and oversaw the carrier’s adoption of 3G technology.

At the same time, he recognised the need to pursue a better standard of customer service, setting ambitious standards for employee training and flagship stores across Taiwan.

When he left Taiwan Mobile in 2014, Cliff didn’t plan to work for Taiwan Star.

“I planned to spend time with my family. However, I was approached by the Wei Brothers of Ting Hsin International Group who had established Taiwan Star and acquired VIBO Telecom. They wanted me to lead the company and help guide its embrace of 4G technology.”

Cliff knew the job would be difficult; Taiwan Star was much smaller than the country’s three other major mobile carriers, and the company’s existing infrastructure and support were underwhelming.

“On an emotional level, though, I knew it was a once-in-a-lifetime opportunity. So, I took the risk.” When he joined Taiwan Star, he sat down with the shareholders to discuss how the company could evolve.

“I was honest with them. I told them there was a 1% chance the company would ever succeed.” With Cliff in charge though, he concedes wryly, “The chances were probably a little closer to 2%. In that sense, I guess you could say my leadership helped double the odds of success.”

Cliff was confronted by myriad challenges when he joined Taiwan Star in 2014. The competition was dominant, the company’s subscriber base was largely inactive and technological infrastructure was underdeveloped.

He says, however, that because he understood how to implement military strategy and take advantage of his competitors’ passive attitudes, Taiwan Star was able to gain a grip in the market by providing customers with tiered services that offered more per dollar than competing mobile carriers.

“The telecommunications market in Taiwan was an oligopoly for more than two decades. When I started, Taiwan Star was a new player with fewer resources, and I knew right from the start that we were never going to succeed if we just copied everyone else. I knew from The Art of War that Heaven and Earth were not in our favour. To be successful, I redefined The Moral Law and overturned the rules of the market. By competing aggressively, we could stake our place in the market and customers would receive better services.” Results have been encouraging for Taiwan Star ever since, with the company exceeding two million subscribers and achieving positive earnings before interest, taxes, depreciation, and amortisation in 2018.

“We’ve been able to invest in the deployment of infrastructure and our 4G network now covers 99% of the country. Because of that, we now have a 98% rate of approval from our customers.” Cliff says he can’t believe the success he has seen in his five years with the company.

“Before 2014, nobody would have believed that Taiwan Star could become the fourth-biggest mobile carrier in Taiwan. I am enormously proud of our team because they’ve made the impossible possible. Today, I’d say that success is close to 90%; the day we break even, I’ll confidently be able to declare the odds of our success are 100%.”

“I am enormously proud of our team because they’ve made the impossible possible.”

Taiwan Star is aiming to embrace 5G technology and to investigate how the company can incorporate the Internet of Things into its services.

Further, with a growth in the company’s base of subscribers, Cliff believes Taiwan Star will soon achieve profitability, increasing the amount it can invest into new opportunities.

He remains cautious, though, about how ambiguous the business model is about the implementation of updated technology, especially when it comes to transitioning to the 5G network.

Still, as it is now the fourth-biggest mobile carrier in the 4G era, “Taiwan Star could grow to become the third or second-largest carrier in the market in the coming years so we can’t count ourselves out just yet.”

Reiterating his admiration for Sun Tzu, Cliff sounds a defiant note when asked about how Taiwan Star will confront the challenges it faces in the coming years.

“I believe that because we started with so few resources and so few people believing in us, we have become a business that is resilient and willing to explore new opportunities and investigate new frontiers.”