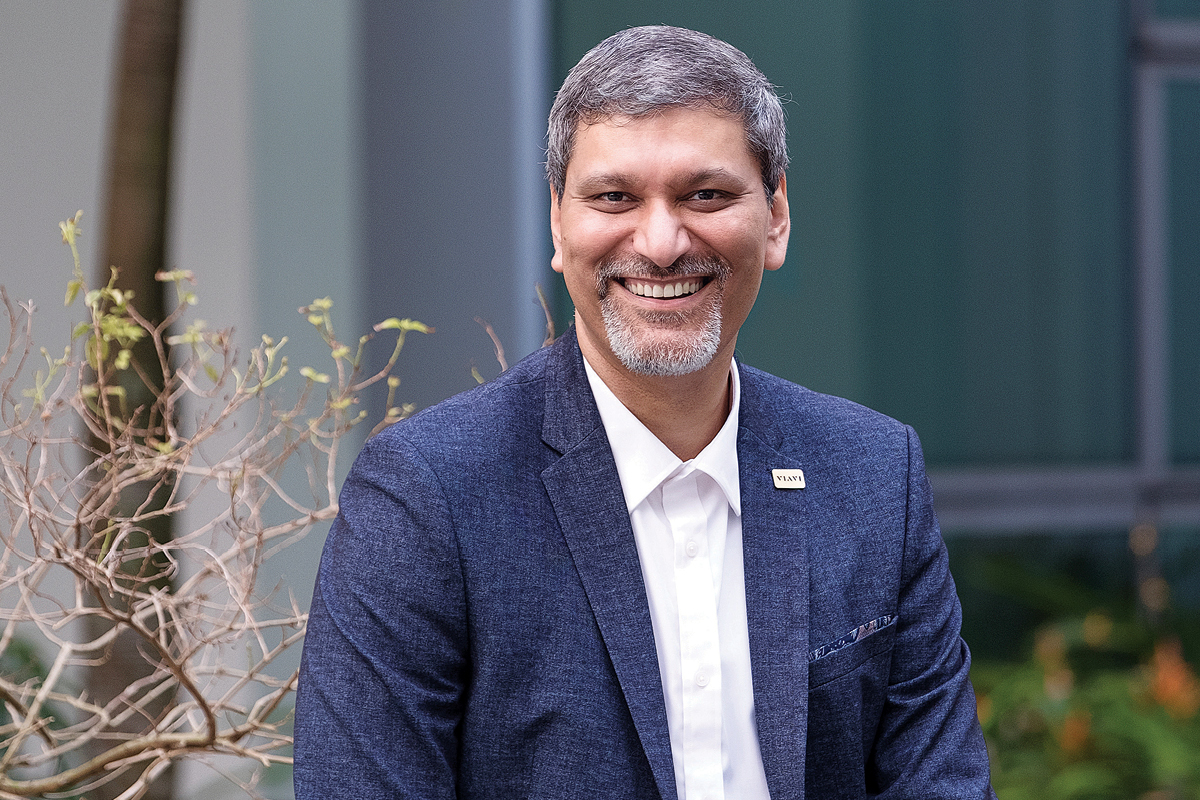 Singaporean with Indian ethnicity, Rajesh Rao hails from a history of family business. With an ardent passion for technology and business, he learned quickly when he started out in IT sales. He now leads as the Asia–Pacific and Japan (APJ) Regional Vice President and Director of Viavi Solutions, an extensive role in a business that enables innovative communications technologies across lab and field networks.

Under the leadership of Rajesh, Viavi dominates the market as a test and measurement company across a wide portfolio. In the APJ region, its solutions enable hundreds of thousands of kilometres of fibre across network base stations, offering high-speed telecommunications.

Without Viavi and such companies, we probably wouldn’t be watching uninterrupted high definition TV, having conversations with crystal-clear sound quality across mobile networks, or experiencing ultra-fast web browsing on the internet.

Before joining Viavi, Rajesh held various sales and business development roles at IT company Hewlett-Packard in India, where he worked for eight years, and Agilent Technologies in Singapore, where he spent nine years in regional and global leadership P&L roles. Rajesh joined Viavi at a transitional moment when it acquired Agilent’s communications business in 2010.

In 2015, Rajesh had what he says was a key turning point in his career. “I was sponsored to study business leadership at Stanford Business School as part of my leadership development plan. Earlier, having been shaped by Agilent’s next generation leadership development program, this was not only a privilege, but a humbling moment to meet people from various walks of life with brilliant minds.”

Since then, Rajesh has scaled the business for high growth, with people and culture at its core, thus earning the distinction of the top-performing region twice over a span of three years. He firmly believes the next big technology shift is here and now with the start of the 5G (Fifth Generation) upgrade lifecycle of the wireless systems. This new mobile standard will offer mobile internet speeds that will enable data transmission from one location to another, or one object to another, at high speeds up to 100 times faster than 4G.

“This is the growth engine for the entire mobile communications industry in the next decade. What’s fascinating is the machine-to-machine communications that promise a completely new paradigm,” he says, adding that there are currently more than 30 billion unconnected devices in the world, which far outweighs the human population of seven billion.

“This is the underlying technology that will enable smart cities, autonomous vehicles, and remote health, surgery and monitoring, to name a few,” Rajesh explains. “Imagine downloading an HD movie in a couple of seconds, or a car travelling at 100km/h brakes and stops within a number of metres.

About 20% of this is the thinking distance for the brain to register the danger. In 5G, we are talking of close to 60% reduction of this thinking distance, thanks to a network of sensors and on-board computers in a driverless vehicle.

While specifics can’t be revealed, in Japan, Viavi has been testing networks that will be used to stream the 2020 Olympics to 4K and 8K TVs worldwide. Elsewhere, in major European and Asian cities where a smart city infrastructure is being deployed, Viavi is collaborating with government officials to test terabytes of traffic and monitor thousands of kilometres of fibre.

The company has grown more in the past three years than at any known point in its 96-year history, under the current executive leadership team, according to Rajesh. “We are growing faster than the market,” he says. “We are number one in more than 80% of our businesses, and we’ve got a lot of businesses within our portfolio.”

Rajesh has built a team of best-in-class channel partners across APJ in order to get Viavi’s products into the hands of as many customers as possible. He says it’s all about coverage. “My leadership team and I built a scalable, dynamic model that constantly evolves based on market dynamics. We follow the money and where we can win, hence execution is an integral part of strategy. One is useless without the other.”

To cater to the large and diverse region, Viavi fosters strong partnerships with external companies, which helps the business achieve its goals. “Asia–Pacific is a very broad region and we can’t have our people everywhere, it’s economically unviable,” Rajesh says. 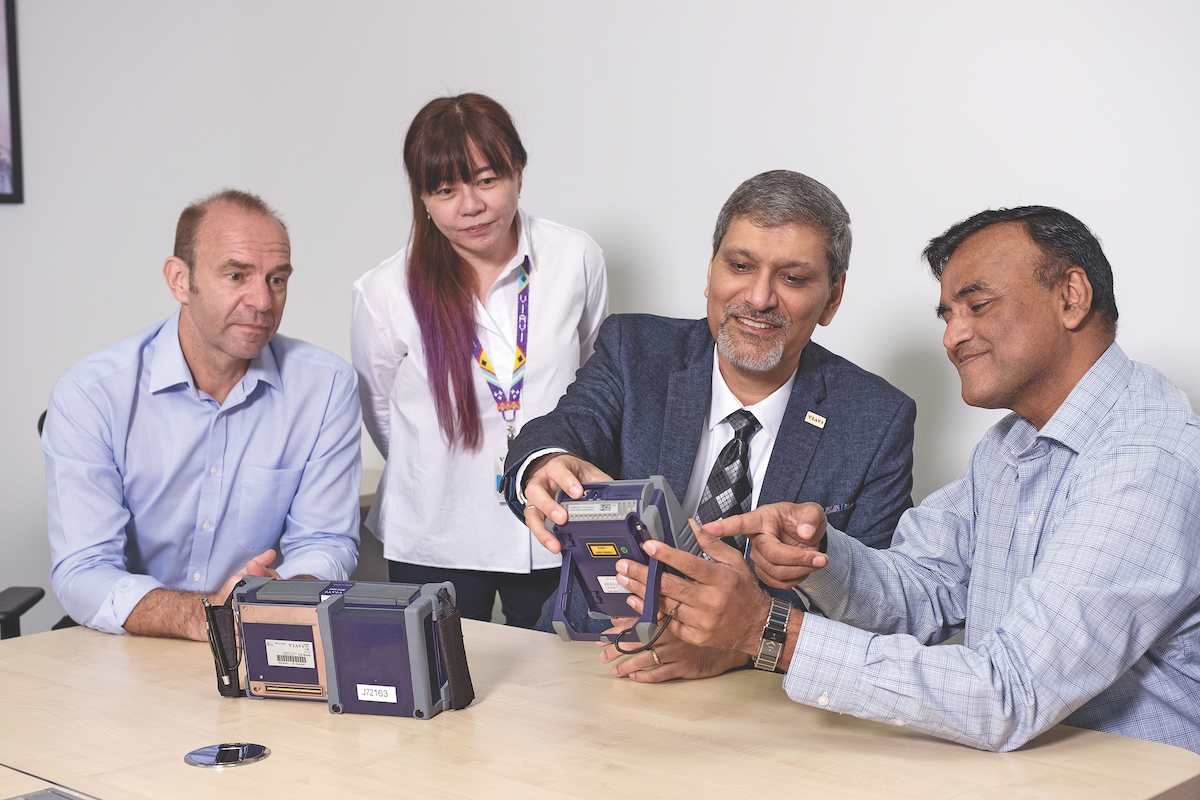 “We increase sales by partnering with external channel organisations and 30% of our business comes through this segment. They are an integral part of the Viavi family.” Rajesh drives a hard standard with its core principles around people and culture. Aptly named L3V2 internally – which stands for Listen, Learn, Love, Voice and Value – he says the words are emblasoned across the office and are “central to everything we do”.

“If we listen to the customer’s needs or issues, we learn about their environment with a curious mind and drive hard with the passion and love for the job, our voice will be heard and value registered, with a seat at the table,” Rajesh says.

When it comes to running a business, Rajesh believes leadership should be an entrepreneurial practice, agile and nimble like a start-up.

His leadership role brings in various functions across the organisation together, like marketing, finance, human resources and operations, to get the job done and provide a rich experience for the customer.

“Leaders on my team and employees on their teams must feel equally comfortable to storm into my room, with doors open, and say, ‘Hey, Rajesh, can I have a word with you? I need some help,’ or ‘I want to bounce something off you.’” He adds: “You have to be humble that success is not a given, take informed risks and innovate at every level. In business you follow the money, but only where you have the formula to win.

“Success is not a given … You have to be in the trenches with the team.”

“You have to be in the trenches with the team, on the plains fighting the battle, on the hill earning the trust and commanding the team, and in the sky seeing the big picture,” he says. “People are the cornerstone to success.” 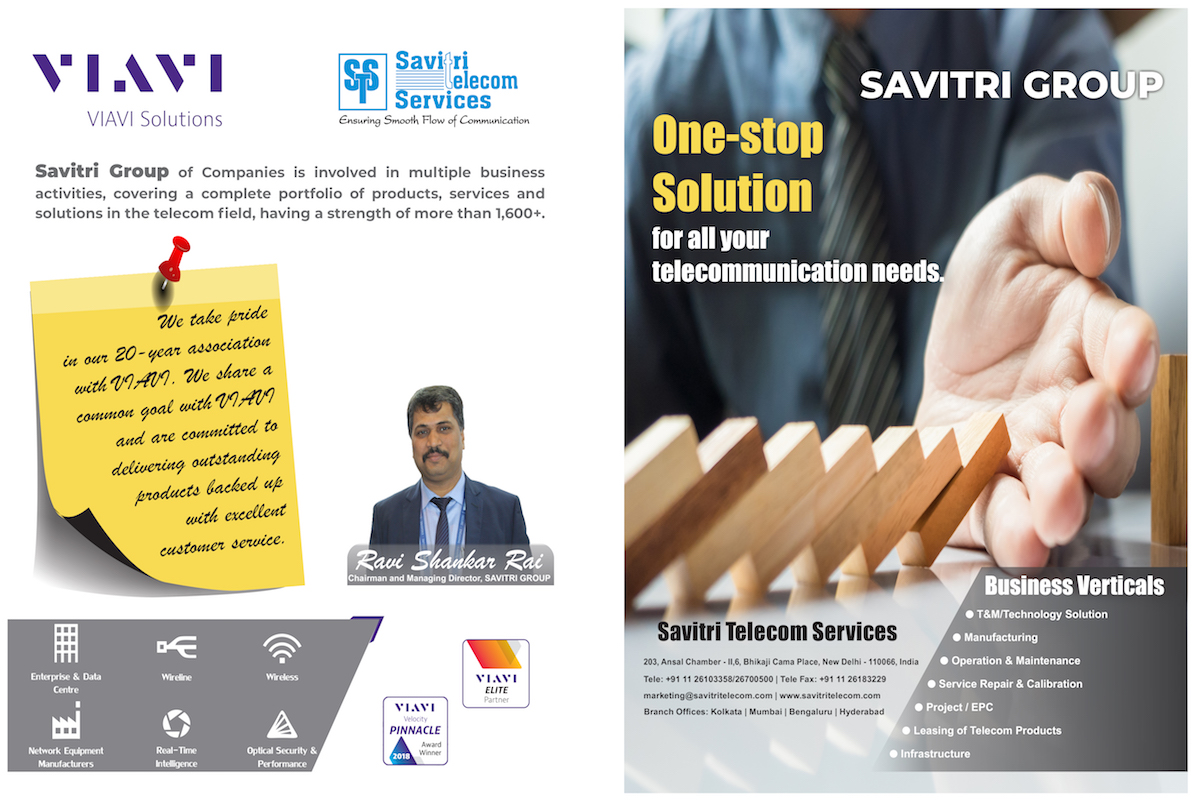 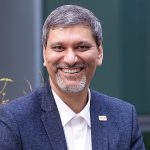