Following in his fathers entrepreneurial footsteps, Scott Stavretis left school aged 15 and had the foresight to start a business in an industry that was just starting to take off. The teenager recognised a need for an internet service provider in Victorias Mornington Peninsula where he lived, and developed a concept which would allow locals to easily connect.

It was at the time when the internet was still dial-up and needed to make a phone call to connect, and the Mornington Peninsula wasnt a local call to Melbourne, Scott explains. It was prohibitive for anyone in that region to connect to the internet. I saw an opportunity and managed to raise some moneyit was going to cost about $35,000 to set up the infrastructure and to get a few months service connected to the internet backbone. I pre-sold 100 internet accounts, which was $350 per year, to fund the launch. Once I had done that, my father gave me his blessing to leave school and continue on with it. I continued some of my education in the background for a few more years by correspondence, but I ultimately left school to focus on the business.

While most of the already established internet providers on the market dismissed Scotts operation as childs play, he managed to form one solid relationship which helped him out in those first few months by guiding him through some of the processes. His company experienced a consistent stream of growth, but when Scott turned 21, soon after the passing of his father, he decided it was time to sell up.

It was at that point in time where I didnt want to just stay around the Mornington Peninsula anymore. I wanted to move to Melbourne, experience more of the world, and have a complete change of scenery. Thats when I met Larry Kestelmana man who, at the time, was looking to form an internet company of his own. We knew some mutual suppliers, so got together, and thats when I started with Dodo in 2001. 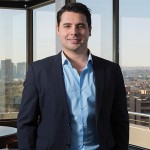