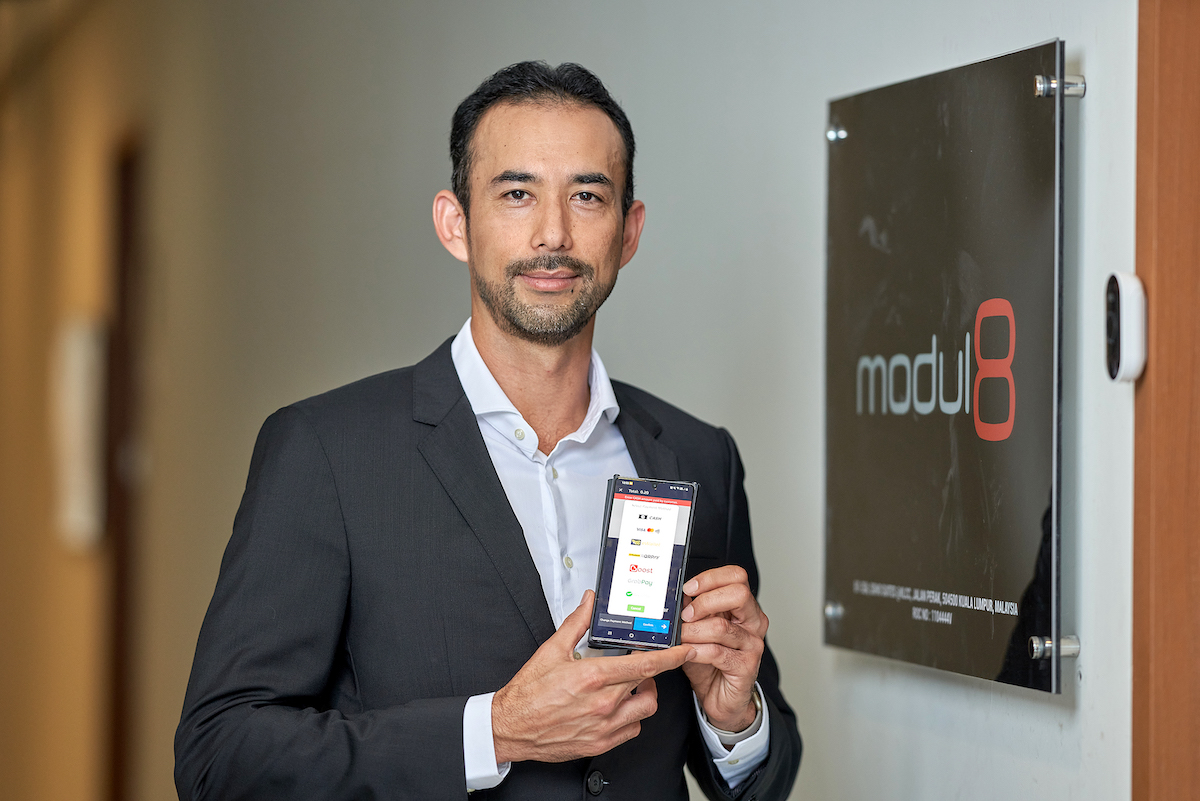 He is the first to admit that his journey to founding ModulEight Technologies was anything but conventional. While majoring in a Bachelor of science and economics at the University of Birmingham in the United Kingdom, Syed Omar Almohdzar was also representing Malaysia – his home country – at an international level in the equestrian field.

“It was a good learning curve, working out how to juggle my time between being a university student and a full-time athlete – taking the bus and the train to the stable yard an hour away and trying to make it to classes as much as I could, so that I could still have that paper to graduate with,” Syed laughs.

After university was over, Syed still had his sponsorship program and with that funding in place, he decided to continue living overseas and pursue his career as an athlete.

“So, I stayed in Europe and continued competing,” he explains. “I went to all the tournaments, the world championships, the world cups. I competed at the highest level. At my best, I was ranked 42nd in the world.”

I believe the world is round – what you give is what you get back.

As well as competing, Syed started a side hustle of sorts, trading and selling horses to sustain his sporting career. “I was travelling a lot with clients, so, that kind of sales mentality was ingrained in me,” he tells The CEO Magazine. “I had to learn on the fly. The clients were from all different markets and regions which gave me a very good basic EQ.”

But after 17 years living in Europe, Syed hung up his helmet and jodhpurs and relocated back to South East Asia. He swiftly founded ModulEight in 2014, working on software integration and reselling for international companies. From there, the organisation expanded at a rapid rate, diversifying its offerings and client portfolio, and garnering a reputation as one of the most innovative in the industry.

It shouldn’t come as a surprise that the principle at the heart of ModulEight’s philosophy – a software and system integration solutions and services provider, whose driving force is connecting people – is communication. “I believe that communication should be transparent,” Syed says. “In my company, everyone can speak to anyone. There’s no such thing as having to go through layers of management to get to me. That’s just not allowed. We avoid secrets – we try not to hide any information. That’s very important to the operation of the company.”

That culture of integrity, inclusivity and honesty is something that ModulEight prioritises in every step of their supply chain as well. Syed believes that for any business to prosper, loyalty is essential, as is the alignment of personal values with those of the company’s.

Mesinkira is a fintech that will be a game changer for the Micro SME landscape.

“I believe the world is round,” he smiles. “What you give is what you get back. When you keep this value intact, you have a very strong ecosystem which nothing can break. That’s the key to success. We make sure that we are treating our partners with the highest gratitude, because we know these are the main source of funds to keep us going in being able to diversify and pivot our company. We value them very highly.”

In terms of developing ModulEight, there’s one particular new product that Syed is particularly excited about. “Mesinkira is a fintech that will be a game changer for the Micro SME landscape,” he explains. “It’s being launched in Malaysia as its home base, and will grow across many borders in Asia, the Middle East, Africa and Latin America. It will not only digitise the micro SME segment, but it will also empower them to grow their net earnings and improve their credit worthiness.”

It’s this ability to think of the bigger picture that has undoubtedly helped Syed grow ModulEight’s success. In the same regard, when it comes to ModulEight’s suppliers, Syed prefers to think of them as equal partnerships – mutually beneficial, and with long-term relationships. And as he explains, it’s essential to have the right systems, and the right processes, to ensure every party is getting the most out of these partnerships. “The latest buzzword is RevOps – revenue drives the operation,” he says. “That’s how we operate.”

A lot of tech companies get bogged down in building things but forget that your P&L has to look good. You still have to make money. Using our RevOps is why we haven’t done any fundraising. It’s completely funded internally in the company. In order to have a healthy revenue line, our core business, being the software reseller for all our international partners, means we have had to nurture long-lasting relationships with every partner.”

The majority of us have embarked before on some sort of an entrepreneurial adventure, so we know the trials and tribulations.

Like Syed’s atypical trajectory into telecommunication solutions and the tech world, he views the varied backgrounds of his staff as one of ModulEight’s greatest assets. “The biggest differentiator within ModulEight is that the team I have behind me come from very diverse industries,” he enthuses.

“From the banking industry and Telco industry, for example. The majority of us have embarked before on some sort of an entrepreneurial adventure, so we know the trials and tribulations. We are risk takers, but at the same time we also understand the pitfalls. Experience has taught us that we move forward by ensuring that everyone works in a very agile manner. That’s the path to success.”