“Communication is the heart of life.”: Wole Abu As a student of chemical engineering at the University of Benin in Nigeria, Wole Abu learned about the importance of connections. It was there that he studied those formed at the atomic level, which are the building blocks of all matter on Earth.

But in his professional life, it’s a very different type of connection that has captured his interest: that between people. “Communication is the heart of life,” Wole says. “For human beings, it’s an absolutely fundamental way of interaction.”

It was this belief that drove him into a telecommunications career where, over the past 12 years, Wole has witnessed the remarkable transformation of an entire industry. “Technology has become an enabler,” he explains.

“I see telecommunications as a transport system for various things such as voice, data, financial transactions and – if you are connecting with a loved one – human connections.”

But more than being a tool for socialisation and sharing information, telecommunications is also a vehicle for change and development in communities. If the former was what brought Wole into the industry, the latter is what has kept him in it for so long.

It’s also his main focus in his current role as the CEO of Pan African Towers (PAT), a young yet rapidly growing telecommunications service provider with its headquarters in Lagos, Nigeria.

“Most of the issues we face in Sub-Saharan Africa stem from pervasive poverty caused by a lack of job-creating industries. The telecommunications industry, which contributes 10 per cent to Nigeria’s gross domestic product, has the power to change this,” he asserts.

“When we build a telecommunications tower, the labour-intensive construction process creates direct jobs. “After the structure is completed, it remains functional for at least 25 years, requiring maintenance that continues to create employment. In addition, the towers serve as a source of income for the landlords, and of taxes for the government and local municipal authorities.” 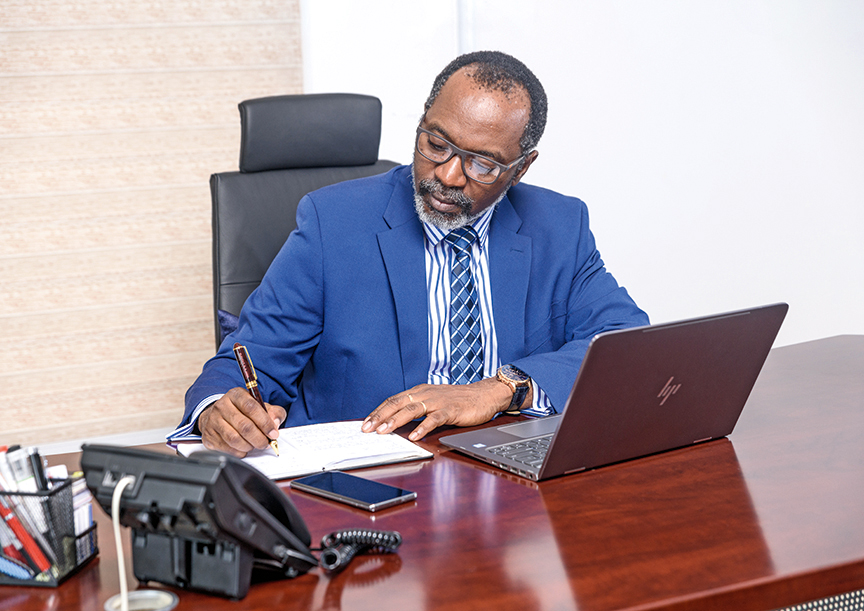 The benefits that telecommunication infrastructure projects have on communities are not merely economical. “They also bring the world to these locations,” Wole says.

“With access to the internet, local farmers, teachers and doctors get access to life-enhancing tools that can drive education, health care and financial inclusion – all of which are the key indices of development in today’s world.

“PAT’s network of towers covers almost every corner of Nigeria. We are in all 36 states and the Federal Capital Territory, driving the broadband agenda of the country.”

Technology has become an enabler. I see telecommunications as a transport system for various things such as voice, data, financial transactions and – if you are connecting with a loved one – human connections.

A young nation, Nigeria only gained independence from British rule in 1960. Developmentally, it has a long way to go and this is reflected in the general lack of infrastructure across the country. In the telecommunications sector alone, Wole cites that the infrastructure gap is worth US$136 billion (about €115 billion). The bridging of this gap, he believes, begins with good governance.

“The ease of doing business relies heavily on government-driven policies. We have seen it all over the world. Think about the UAE, where cities like Dubai have transformed from third-world locations in the desert to cutting-edge metropolises. It takes a conducive business environment, where companies can be registered, investors can come in, and macroeconomic factors such as the exchange rate risk can be managed in the long-term.”

The government has its part to play and so has the private sector. “Companies like PAT have the responsibility to show good corporate governance in order to attract capital. There is enough capital in the world; it just needs a destination and people who can be trusted to manage it,” Wole says.

“When picking their investments, private equity companies pay a lot of attention to corporate governance and how a business intends to stay sustainable over the longterm. African companies have typically been stereotyped as poorly managed entities that are not viable. It’s a challenge for local companies to change this perception.”

These negative stereotypes are a symptom of a much larger issue – Nigeria’s general reputation on the international stage. “The country has not done very well in managing its brand,” Wole admits.

“It’s usually in the news for the wrong reasons. We have issues, like any other country, but they are often magnified beyond measure. The truth is, these problems simply represent opportunities for the smart investor. We just need to tell better stories about Nigerian companies and the nation’s potential, and sell it as a good destination for investor capital.”

Attracting investment is something PAT has proven itself to be capable of doing time and again. It’s the receiver of NGN3 billion (about €6.6 million) from the Nigeria Infrastructure Debt Fund (NIDF), managed by investment banking firm Chapel Hill Denham.

The country’s first listed infrastructure debt fund, NIDF was set up to channel the population’s long-term savings, such as pensions, into secure and predictable infrastructure developments in Nigeria.

The funding is expected to contribute to PAT’s ambitious plan of building 35,000 more towers within the next five years. “We need more than 70,000 towers in Nigeria,” Wole says, quoting figures previously shared by Adebayo Shittu, the country’s former Minister of Communication, and Umar Garba Danbatta, the Executive Vice Chairman of the Nigerian Communications Commission.

This is the number of towers Nigeria is estimated to require for reliable 4G and 5G coverage. Currently with a little fewer than 30,000 towers, the country has less than half of what it needs. “The market already exists and we are playing catch-up,” Wole points out. 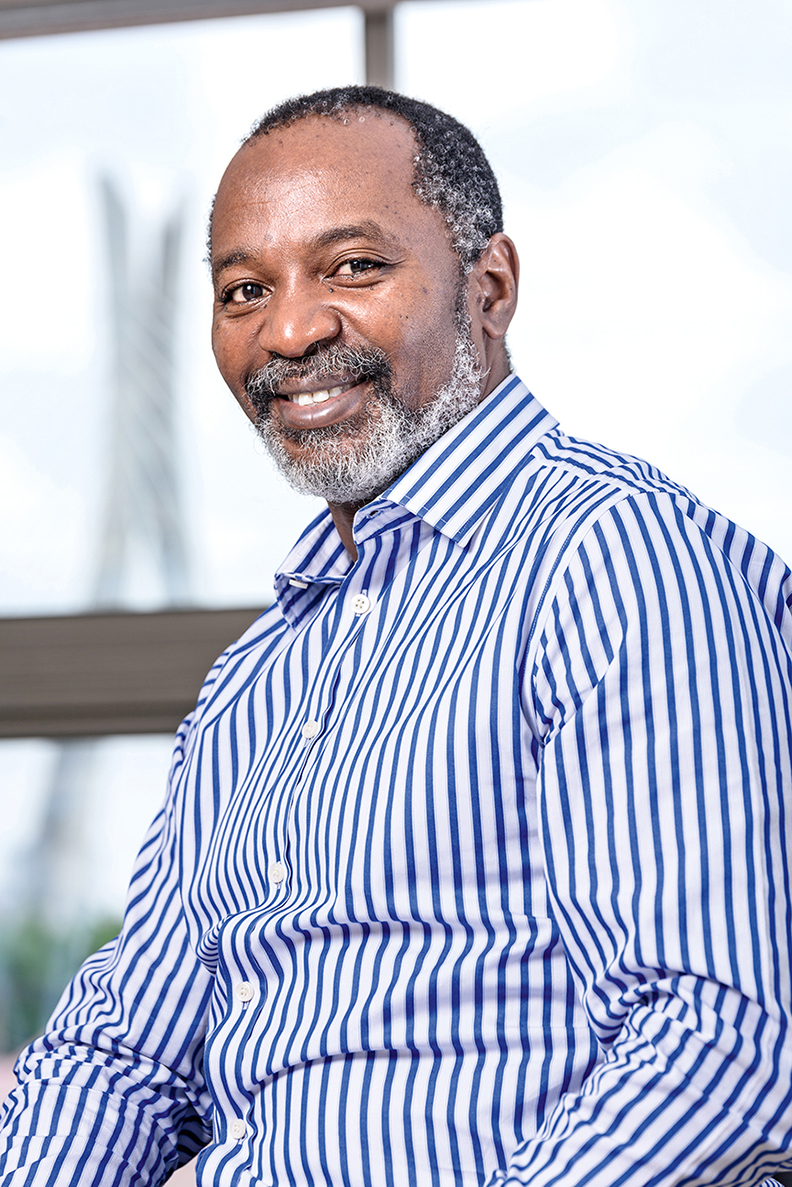 “Nigeria is growing at a rapid rate. In addition to that, we have one of the highest populations of young people in the world. Around 45 per cent of our 200 million people are under 18 years old. They are the gen Z, the people who understand how to use technology. The wealth of Nigeria is in the youth.”

Wole recounts the period of time between late 2014 and 2015, when Nigeria’s move into the digital era really began. The nation saw a big shift in data usage and became a mobile-first country, and the majority of the population access the internet via their phones.

“We now have a new generation of entrepreneurs who have built entire businesses on mobile infrastructure; they don’t even own computers,” he attests.

Nigeria’s situation is not unique. Nations across the African continent are experiencing the same infrastructure gap and exponential growth in demand. To Wole, this represents only one thing: ample opportunities for regional expansion.

“Quite a number of countries on the continent are still very open; I don’t think there are any that are saturated in terms of infrastructure development,” he says.

“There are wide swathes of rural areas that still have nothing. We are working on coming up with rural solutions so that we can reach every nook and cranny of Nigeria, as well as other African countries where these needs exist.”

Already, in the three years since its founding, PAT has expanded into Ghana with 300 towers. The way Wole sees it, there’s only one way the telecommunications industry in Africa can go: up.

“Between what infrastructure companies like PAT are trying to do and giants like Facebook and Google exploring opportunities in Africa, I believe that we will see 5G broadband penetration reach 70–80 per cent in the next five years. Paradoxically, the COVID-19 pandemic has accelerated the development by heightening the need for digital services and infrastructure. Developments that used to be stretched across five-year road maps for many companies had to be shrunk into two years. There’s a lot of activity in the continent’s telecommunications industry. With the resulting impact on GDP and productivity, Africa will soon present a very different image to the world.” 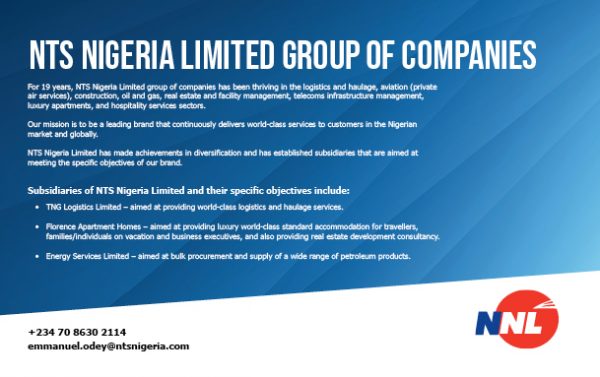