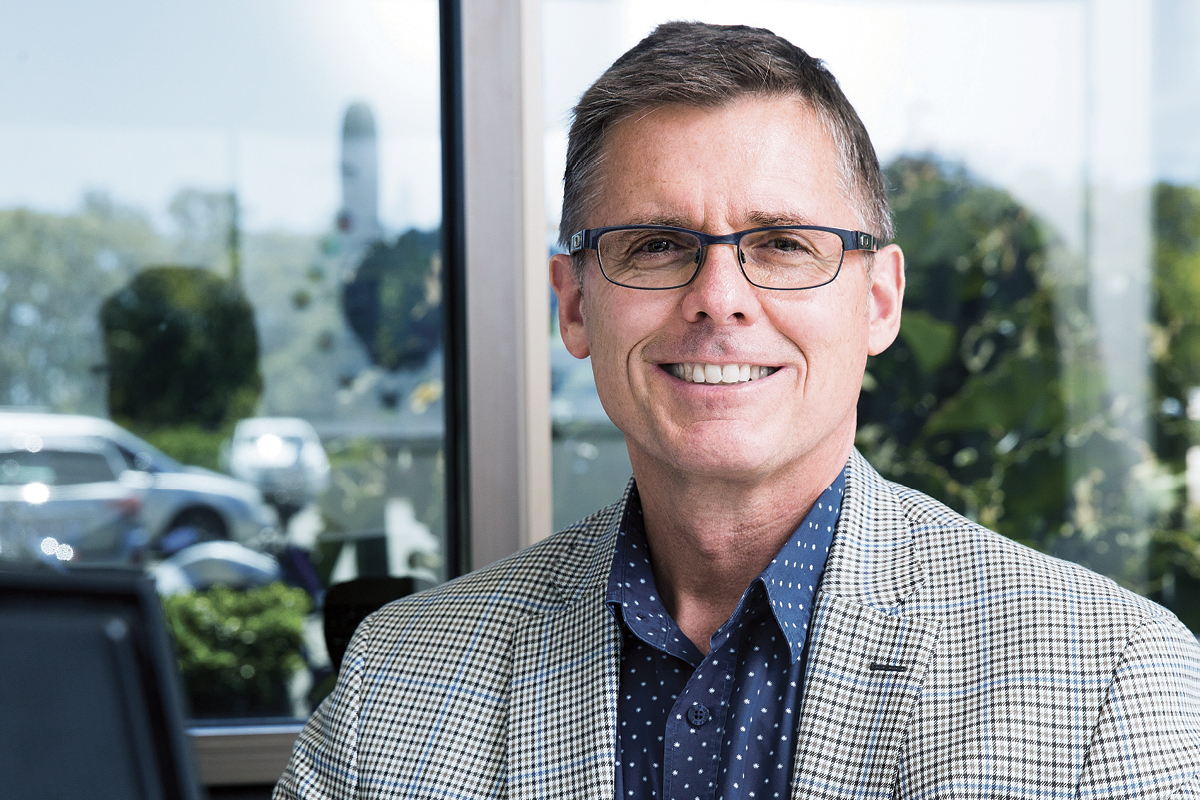 “We want our customers to feel like we’re going above and beyond,” Alex tells The CEO Magazine. “That’s the message I convey to my team: that the more we can work as a business to make people feel extraordinary about the job that Greyhound does, the better.”

Alex speaks fondly of his early days in the tourism industry; from studying tourism management, to working at big name hotels such as the Hilton and Hyatt (in Australia and abroad), and serving as CEO of Tourism Tropical North Queensland and Director of Marketing at Tourism Queensland. 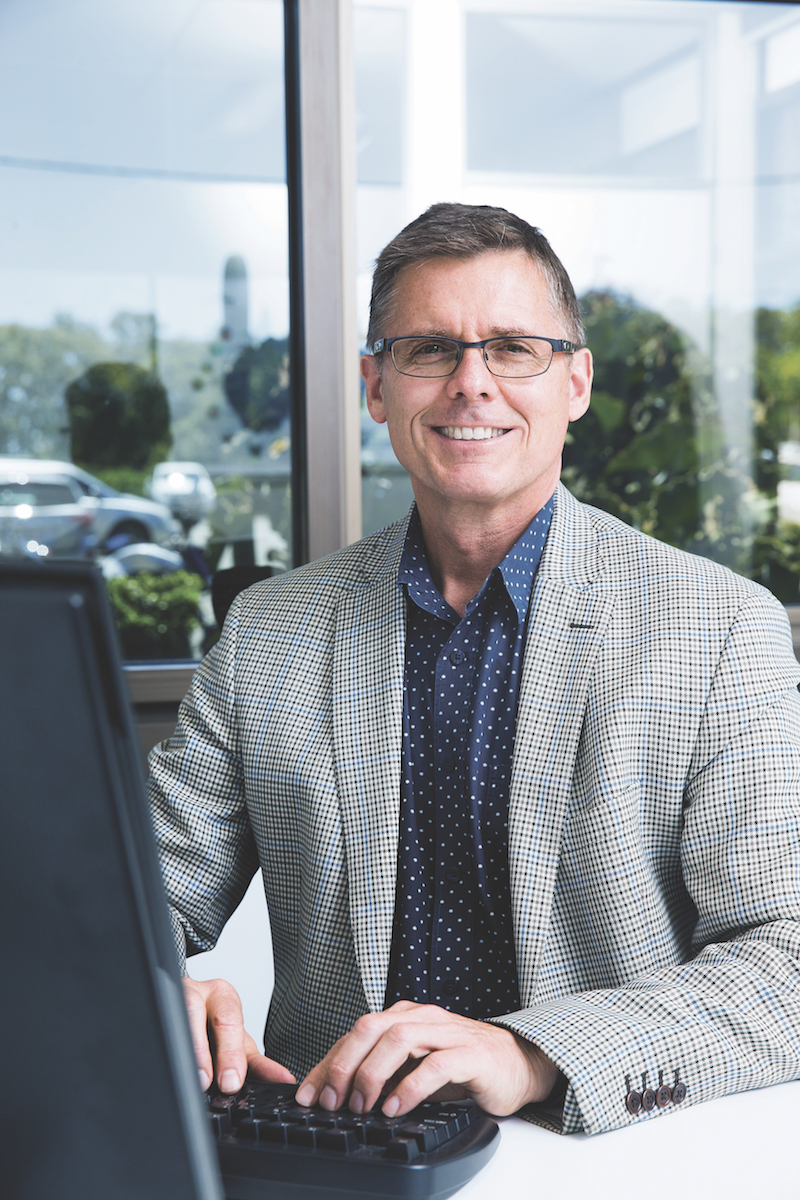 “I have a passion for tourism but regardless of the industry, I love developing teams and helping them do extraordinary things,” he says.

“I’m a firm believer that no matter how ordinary you are, you are able to achieve extraordinary outcomes if you’re given the right resources, environment and support.”

In August 2017, Alex was appointed Greyhound Australia CEO and although he has been in the role just shy of two years, his pride for the business is obvious.

“A lot of people think the brand started in the US,” he says, referring to the US bus service of the same name. “Greyhound Australia actually started in Toowoomba, Queensland, in 1928.

The vehicle that carried the first-ever Greyhound passenger was a 1927 Whippet, which is still registered and drivable. I’ve had the pleasure of going for a drive in it.

It’s incredible to be able to touch the genesis of a brand.”

Greyhound employs more than 600 workers and has a national network of routes extending from rural to metropolitan regions of Australia. It provides 24,000 scheduled services a year, with 40% of its customers travelling for tourism. The remaining 60% are domestic travellers.

“You might have a customer going down to Canberra for the day from Sydney, or from Toowoomba to Brisbane for a doctor’s appointment,” Alex explains.

Greyhound Australia is establishing the Australian Coach Captains Academy, the first holistic training course for coach captains. “I want to create an environment where young people coming out of school have an interest in becoming a coach captain,” Alex says.

“Currently it’s a spontaneous, organic process where somebody gets themselves a medium rigid or heavy rigid driving licence, maybe drives a milk truck or a semitrailer for a couple of years, then applies to Greyhound to drive a coach.

I’d like to see more young people and women in the workplace, because our drivers are ageing. We want to create jobs. We’re not sitting back just trying to recruit people. We’re creating a new environment where we can actually create that demand.”

Over the past seven years, Greyhound has invested heavily in the resources sector, particularly in Queensland’s Bowen Basin – the home of Australia’s largest coal reserves. It has had transportation contracts with mining giants including BHP and Anglo American, as well as major oil companies such as Chevron.

The biggest resources project Greyhound has had so far has been transporting workers for Chevron’s Wheatstone LNG (liquefied natural gas) project in Western Australia. The project involved building the LNG production plant, 12 kilometres west of Onslow, from scratch.

“It was an enormous project, where we had 150 coaches deployed to the one mining site,” Alex says. “Over that seven-year period, we moved more than 11 million passengers, and travelled 16 million kilometres, which is the equivalent of transporting the Australian population around the world 200 times. And we delivered 500,000 individual services.

“The Wheatstone site, which is now in wind-down phase, was like a choreographed ballet in terms of the 150 coaches leaving within 30 minutes of each other. You can imagine what it was like moving that number of people in the morning and again in the evening. It was a bit like watching synchronised swimming. It’s a fascinating logistics exercise.”

Greyhound’s success to date wouldn’t have been possible without the support of its highly valued business partners. In particular, Alex mentions the collaboration the company has had with bus manufacturer Irizar and its partner Volvo, which has worked with Greyhound since 2008.

“Greyhound has a long history of focusing on quality products,” Alex says. “We haven’t gone for cheaper coaches in the marketplace; we haven’t cut corners. And Irizar has made sure that its products are always top-notch.”

It is this product and service quality that attracted Greyhound to Irizar in the first place.“With the number of kilometres we do – we have some coaches in the West that have driven three to four million kilometres – it is extraordinary for a vehicle to continue to perform well for so long,” Alex says.

“That can only be achieved through the service regimen we have and the coach being a high-quality product made to withstand the rigours of what we put it through. So Irizar/Volvo have been a fantastic partner in that regard.” 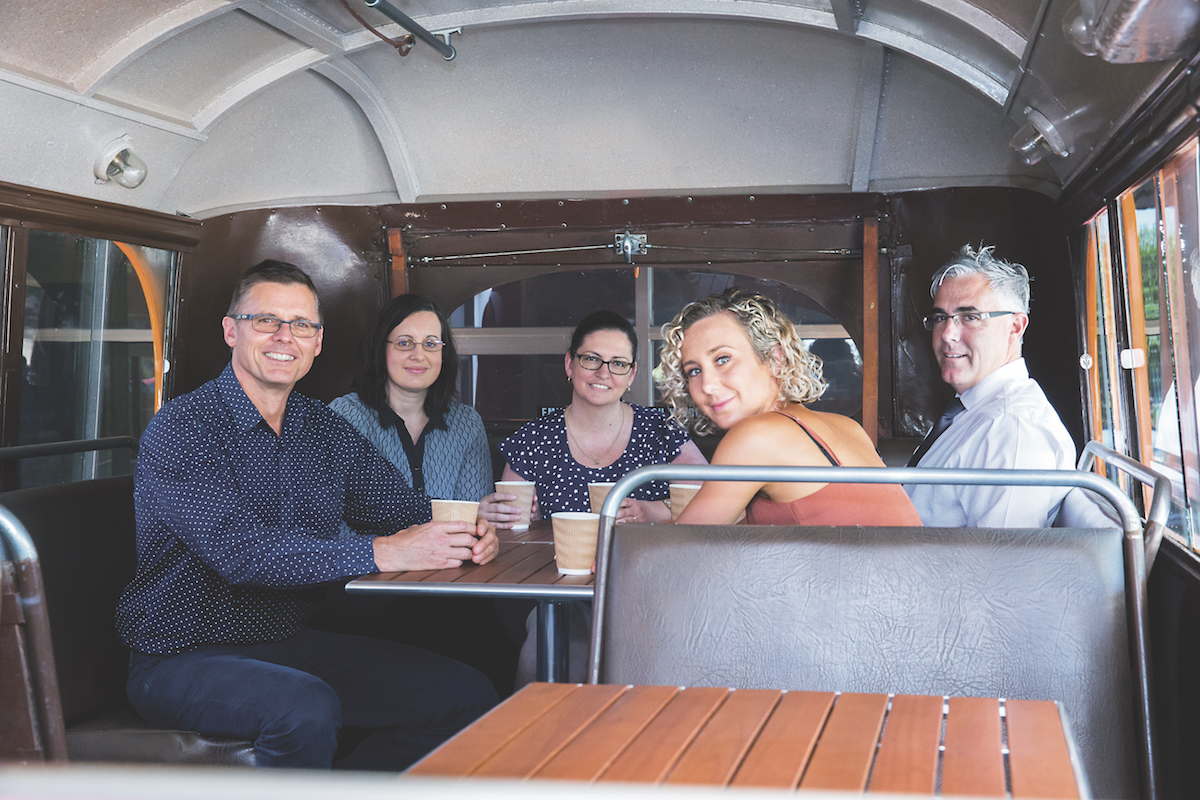 What makes the partnership even better, Alex adds, is that Irizar doesn’t just provide Greyhound with the product it has on hand. “The team has been instrumental in designing, redesigning and creating products specifically to meet our needs,” he explains. “So, for instance, we came up with requirements to improve the toilet design in the vehicles and Irizar developed those.

Then, if you look at the resources sector, we’ve just re-signed a transportation contract with BHP for mining sites in Bowen Basin and Olympic Dam, and we have ordered another 49 coaches through Irizar and Volvo to service that demand.

BHP was really interested in activating a new fleet as soon as possible, so Irizar and Volvo took the risk of pre-producing and pre-ordering parts and components for that order even without a contract in place yet. We couldn’t guarantee them the order but through our communication of exactly what the circumstances were, they took the risk. And that’s pretty extraordinary. We’re really appreciative of that type of commitment.

”A large part of Greyhound’s success in securing that highly competitive contract, Alex says, was because it developed a high-tech bus with Irizar and Volvo in 2016, two years before the contract was awarded. This demonstrated to BHP the safety and innovative features that Greyhound was committed to providing.

Alex believes the reason Irizar and Greyhound have stayed in partnership for more than a decade is trust and open communication. “It’s a reciprocal relationship,” he says. “Honesty, forthright communication and both parties doing what they say they’re going to do is important. And looking after each other’s interests.”

“When I leave here I want to make sure this company will be around for the next century.”

Greyhound officially adopted its name in 1928 however, the firm’s origins date back to the AA Withers Bus Company, which began in 1905. This means it has provided well over 100 years of service to the people of Australia. And as the company steers into the future, Alex wants to continue its incredible legacy. “When I leave here I want to make sure this company will be around for the next century.” 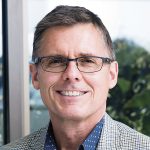