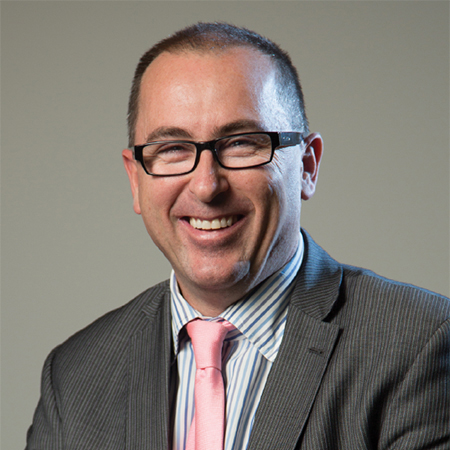 As Victoria’s population continues to grow, the need for transport infrastructure grows with it. One of the most significant projects for the state’s rail system is focused on improving services to Melbourne’s burgeoning western fringe with the construction of the Regional Rail Link.

CEO of Regional Rail Link Authority, Corey Hannett, was appointed to his position in 2009 following a prolific career in project management across the public and private sectors. He sat down with The CEO Magazine to discuss his gamut of responsibilities and the importance of remaining in touch with the communities affected by the project’s work.

The CEO Magazine: I understand the government has recently expanded your role and responsibilities across various projects. Can you explain this further?

Corey: What I’m responsible for now is a series of mega projects, being the Melbourne Rail Link, the western section of the East West Link, the Cranbourne–Pakenham Rail Corridor Project, and the CityLink–Tulla Widening Project. So four big things where I’m going to have four project offices report to me. It’s called the Coordinator-General, Major Transport Infrastructure Program. Really, I’m going to do what my boss’s job was here, plus more.

With the recent State Budget and the program that is coming up, the position was created by the sheer fact that there are these mega projects, which got the go-ahead from government, and they need someone to sit across the projects and ensure a coordinated, collaborative program approach. It’s certainly a big challenge. It is the same type of work that I’ve done except it is over four projects.

I’m not worried about the work; the challenge is getting good leaders to drive a good culture and have a common goal to do the right thing. When you’re a CEO you get to have a fair bit of say about how a team is structured and how it works. But in my new role I’ll have CEOs reporting to me who will have to lead their own teams, which makes my role a bit different and a bit more complex. My focus, particularly in the early stages, will be to get good people from across government and industry, establish our long-term goals, build the right culture and gain buy-in from the community. Those are the ingredients we need to get right to be successful in delivering this program of major projects.

Looking at the Regional Rail Link, what is the key purpose of this project?

It is to effectively build infrastructure, giving value for money to the public. So to spend taxpayers’ money in a way that you get the best outcome; so that’s efficiency, safety, and connection with the community. It’s about delivering more for less and it’s about delivering positive relationships and growing legacies for the future. There is no doubt in my mind that my children and my grandchildren need future infrastructure. It’s so important in our lives, whether it’s a freeway network or a new train system. They’re all things we need and it’s no secret that there’s a challenge for the future with infrastructure and how Victoria’s growing.

I come from the country. I was born in a little country town called Navarre, in north-central Victoria, and we moved to the city when I was about 15. Regional Rail Link is building dedicated lines for the V/Line trains from Geelong, Ballarat, and Bendigo via Sunshine into Southern Cross Station. We’re creating infrastructure so country people get better access into and out of the city. The problem we have at the moment is in morning and afternoon peaks when the train lines get clogged up with trains; there is not enough space for any more services on a number of lines. By creating an extra set of lines, we’re able to increase the capacity and reliability of the country system, plus the metropolitan system, including the Werribee, Williamstown, Craigieburn, Upfield, and Sunbury lines.

Taking the V/Line trains off those tracks and having their own dedicated line means that you can also run lots more metro trains in and out of the city. I now live in Essendon, so in some ways I’ve become a beneficiary of the project and what it does, which is good for me, my family, and the public. To have that background of growing up in the country, it’s probably the first project where I feel connected in a way I haven’t felt before. Melbourne CityLink certainly was a game changer for the state of Victoria, but I wasn’t the CEO; I was a project manager at a younger age, whereas here I’m actually accountable for the delivery of the project and its outcomes, which is a bit different.

Considering the scale of the project, are you enjoying the added responsibility of managing the Regional Rail Link?

The thing that I enjoy most is my connection to the public, to the community; my interaction with the construction industry and key stakeholders; and ultimately, when you’re doing something that is worth billions of dollars, you’re really under the spotlight. You’ve really got to be the best leader you can be, drive the culture, and make sure that everybody is heading in the same direction. A key thing that I have learned from this job, and over the last five years, is that when you’re doing something in the public arena, if you get something wrong, you’ll get caught out pretty quickly.

A lot of my focus has been making sure that my team—how they interact with the community, with the constructors, with government—are good people doing the right thing and have a positive culture. And we’re working together, so collaboration has been a key driver in the success of the job.

Focusing on people has been a big priority. To make this job work I knew we needed people with different skills and experience, from both the public and private sectors. In fact, integrating the public sector and the private sector was a challenge in itself. But from the outset, right across the organisation, I made sure we had the right people, who shared our vision and knew what we had to do to deliver it. As a leader, you need to make sure standards are understood and adhered to. We’re not quite finished yet, but we’re getting there. Major projects have a history of having problems during delivery. The thing for me is that we’ve got through five years in a way that I’m proud of, so once we get finished, that will be great.

Why do you believe community support and involvement is paramount in a project like this?

If you don’t get the community behind you, you can’t drive success, so you’ve got to be really clear in your communication about the benefits of the project, you’ve got to be really clear with the community about what you need to achieve, and when and why you’re working close to their homes and businesses. We had to do extensive rail closures for periods of time that had not been done in this state before.

A few years ago, we went to the government and said, ‘To effectively deliver this project we need to do some extended rail closures that we haven’t done before of this size; we want to work with the community and get cracking with it’. Buses replaced trains, and we did an extensive communication program with the community. We had organisations like Flemington Rotary Club cook sausage sizzles at Flemington racecourse and we interacted with the commuters to make sure they knew about the journey to improve their network they were about to go on.

What became apparent to me early on the job is that when you add the word ‘billions’ to the cost of a project, the scrutiny you get compared to a smaller project is incredible. If you do the right thing consistently over a period of time, you’ll win over your stakeholders; if you do the wrong thing and ignore the community, it’s at your peril. We have challenges on the job where we have to work at night, on weekends and close to homes, so building relationships with homeowners, businesses, councils, and local stakeholders is super important when you’re dealing with something that is 50 kilometres long.

Whether it’s closing roads, or doing lane closures on freeways, or bus-replacement services on train lines, there is a huge interface with the community. Our key driver is making sure that the community understood the benefits of the project, so it was important that we communicated what we were doing as we went along. If you look at the Regional Rail Link website, I think we have a pretty good tool there for future projects and how we’re going to communicate, and next time we want to do things better.

With the Regional Rail Link project approaching completion and so many other projects under your watch, are you prepared for the increase in work?

I don’t see it as four times the work. For me, it’s leading something that is a good legacy for the future. We want to set up the program to really run in a similar way, to get lessons out of the project, and to do it better. I’m really now only as good as my next job, so I’m starting again a bit there. But from the point of view of the community, I think there is some good trust and some goodwill there that we need on these big projects. Like I said earlier, we need more infrastructure for the future, and the social benefit of what we do is just fantastic.