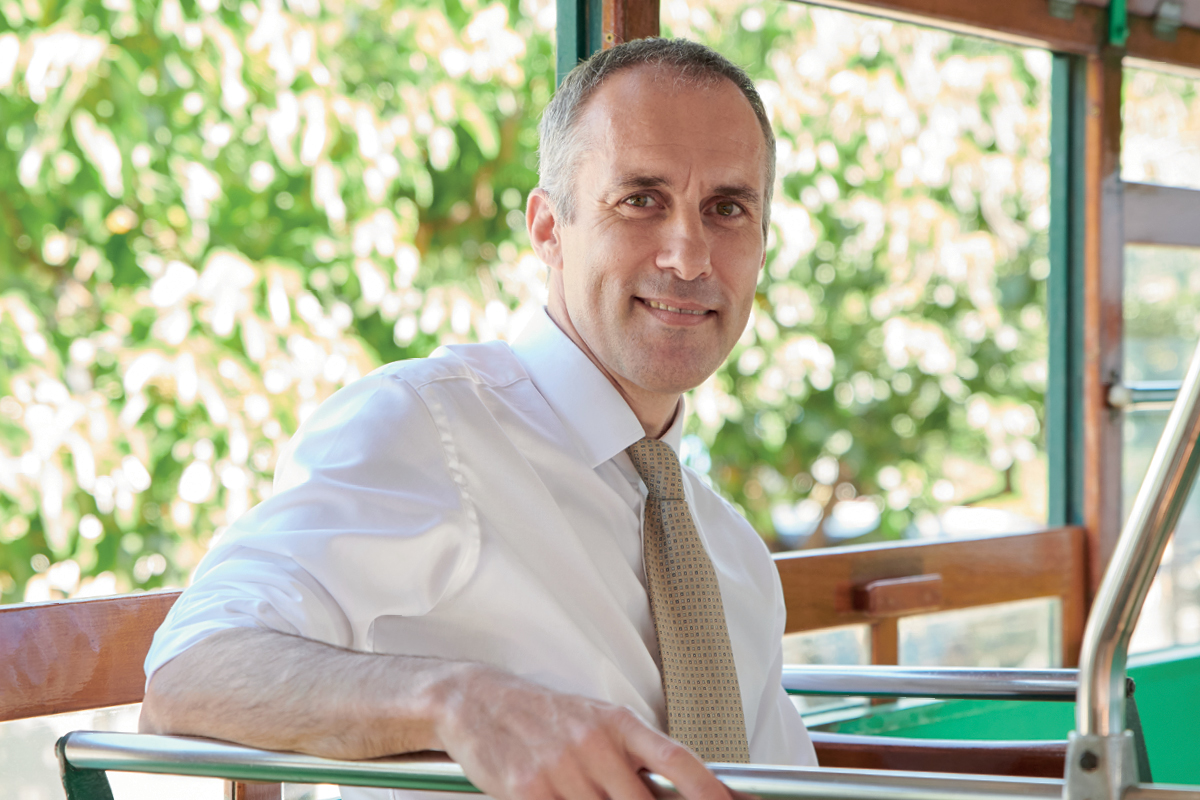 Cyril Aubin’s love for transport definitely wasn’t fostered as a young boy. He didn’t collect model trains or buses. Instead, growing up in Tarbes, France, the Managing Director of Hong Kong Tramways woke up to fresh mountain air with stunning views of the Pyrenees.

Not a hint of the ding ding of a tram, nor the rumble of a bus. “There was no real public transport around at all, so it was not something I was interested in,” he reflects.

In fact, Cyril’s passion lay with architecture, industrial architecture to be precise, and it was a design job he landed in Paris with metro and tram operator RATP that led to his role as head of one of the most iconic tramways in the world.

“It was 2000, and I was recruited to work on some big industrial workshops, a specialised area I loved,” he remembers. “Naturally, the nature of the job meant I was in touch with operators providing transport services every day and my fascination grew from there.”

After four years working as an architect, Cyril moved across to fill various RATP operations including Bus Line Manager, Operations Director, Head of LRT Division and Project Manager of RATP Dev, before he was relocated to Hong Kong in 2016.

Hong Kong trams provide as much a sentimental journey as they do an efficient commuter service. Last year, they celebrated 115 years of operations, an extraordinary achievement considering the island’s changing face over the decades.

Hong Kong Tramways is a subsidiary of RATP Dev Transdev Asia, operating 165 double-decker tramcars, transporting up to 200,000 passengers a day across Hong Kong Island from Kennedy Town in the west to Shau Kei Wan in the east with another track circulating through Happy Valley.

Dubbed ‘Ding Ding’ by locals due to the unique sound of their bells, the shuttles make up the largest operational fleet of double-decker trams in the world.

Less than 15% of passengers travelling the six tram routes with 120 stops are tourists with the service used more by locals to get across town or commute to work. Cyril is among them, enjoying the 30-minute ride from Wan Chai to Sheung Wan most mornings.

“The trams are special for many reasons. Apart from being very convenient, this very old public transport system has strong links to the past and is well loved by Hong Kongers,” he enthuses. 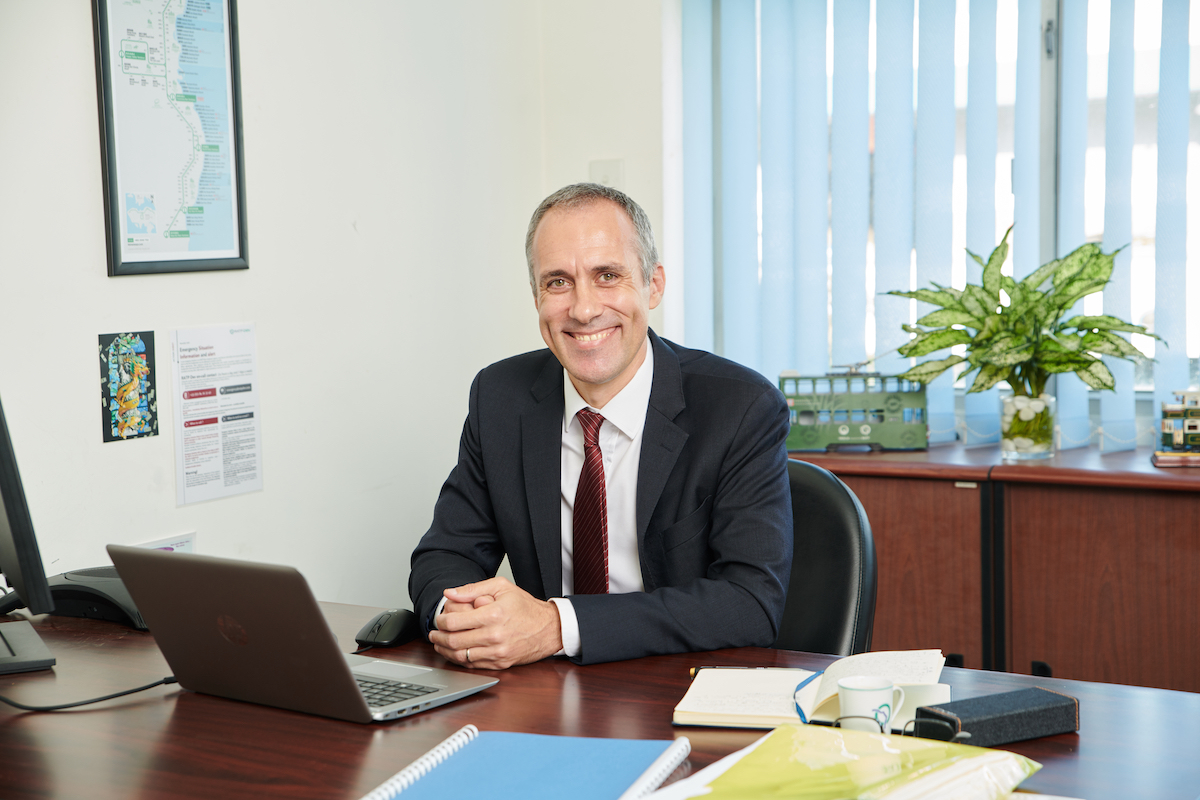 “It’s also the cheapest ride in town, offering a completely different way to travel. It’s like going back in time, but in reality travelling quite slowly, allowing you to relax. It’s super fancy. The windows are open and you have a good view from the upper deck so you can really connect to the city. You won’t see many people glued to their mobile phones when they’re on board; they are enjoying the city instead, looking at the people and the shops. There’s a kind of magic when you’re on board the tram that you don’t get on the metro or bus. It’s a unique experience you won’t find anywhere else but in Hong Kong.”

“There’s a kind of magic when you’re on board the tram that you don’t get on the metro or bus.”

Cyril was not oblivious to the sentiment surrounding the trams when he arrived in Hong Kong, understanding he had an enormous responsibility to respect their history while ensuring they were well maintained and efficiently run.

He admits he was relieved, if not surprised, to find an impressive team working tirelessly behind the scenes keeping operations on track. “We have 600 people making sure this icon runs smoothly every day for Hong Kongers,” he says. “Some of them have worked 30 or 40 years for the company, hardworking people keeping a low profile, but with a huge commitment.”

Cyril was also impressed by the system, integrated more than a century ago, but still running efficiently despite modern-day challenges, such as increased traffic and pedestrian congestion. “It’s a pain and does impact the business,” he admits.

“But considering when this system was built, the integration is amazing. Of course, behind the scenes, it keeps evolving, with the addition of the latest technologies such as regenerating braking systems or onboard computers, but the iconic outward appearance is the same.”

While Cyril still appreciates good architecture – he can’t help but notice – he has no regrets over changing the course of his career; an interesting insight considering becoming an architect was a vocation he’d harboured since school.

“I have absolutely no regrets; it was probably my best decision,” he reflects. “I feel that what I am doing is really useful. Our daily priority is to provide smoothly run operations, ensure the safety of passengers and, at the end of the day, have happy customers. And every day, we start again from zero.”