On the right track: Gregory Enjalbert 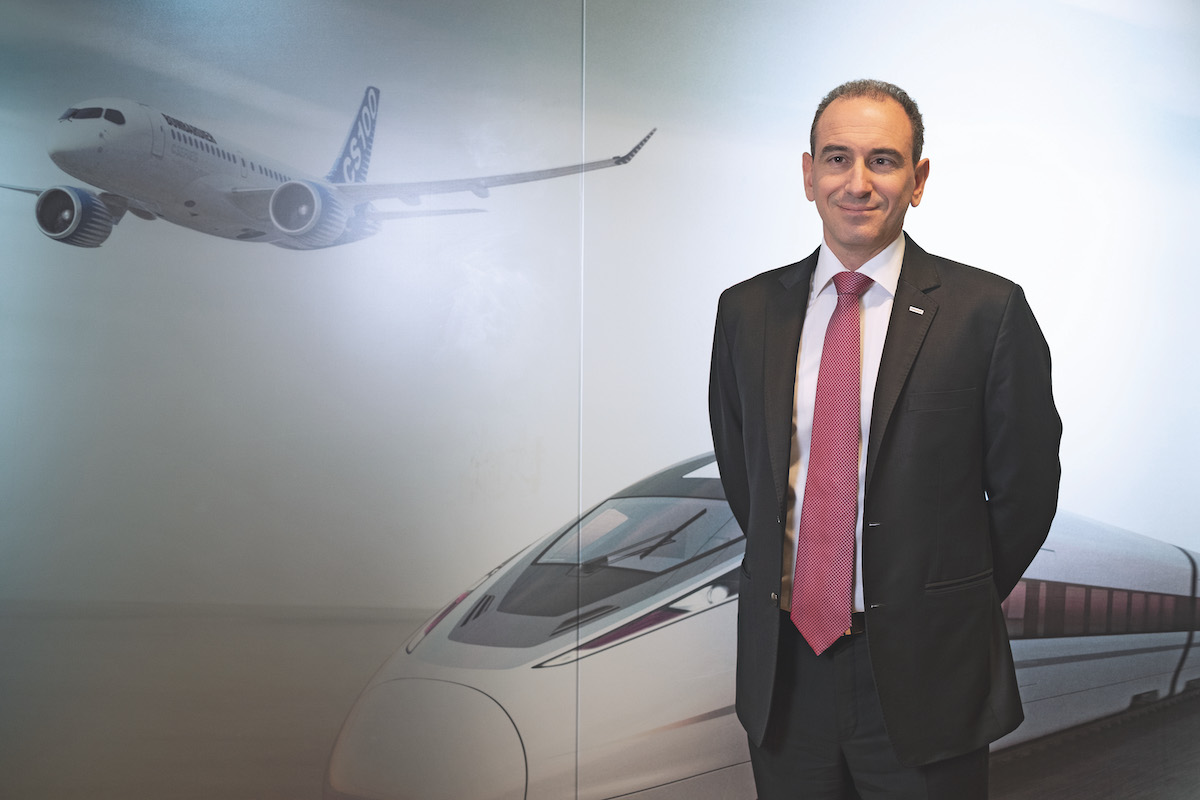 Trains are often taken for granted when they work well; it’s when there is a breakdown that passengers get frustrated. “Because people are so used to the convenience of train systems, we need to make sure they keep going,” says Gregory Enjalbert, Bombardier Transportation’s Vice President, Rail Control Solutions Asia Pacific and Managing Director Thailand.

When Bombardier Transportation was first established in Thailand in 1997, it was an engineering hub that purely focused on signalling. Since then, it has expanded as one of Bombardier’s major hubs in Asia Pacific to encompass a broad range of integrated railway solutions. “The first contract we completed in Thailand was for an interlocking on the mainline network. This was also followed by a signalling system upgrade on the Bangkok Skytrain,” Gregory explains.

“Recently we have also been delivering system integration for the latest 31-kilometre Skytrain extensions, which includes the wider scope of wayside sub-systems such as power supply, platform screen doors, telecommunications, as well as the signalling. And last year, we won complete turnkey system projects for two new monorail lines in Bangkok; known as the Pink Line and the Yellow Line.”

The company has been involved in the delivery of larger rail control, turnkey wayside and system integration projects in recent years and has plans to continue to expand its services across east Asia and the broader region, including Australia, India, China and Taiwan.

“For over a decade, AMR Asia has worked closely with Bombardier in rail control systems for BTS, MRTA and SRT. Together, we have developed a strong working relationship based on mutual trust and confidence in rail technology and people development.” – Marut Siriko, Managing Director, AMR Asia Company Limited

As with any major infrastructure works, creating a railway system takes a lot of planning. “When you work with cities and governments in different countries, you need to see if there is a mobility need to ease congestion,” Gregory says. “Bangkok, for example, is one of the largest cities in the world with one of the highest levels of congestion, so there’s a very strong need for public transportation.”

The company works with government planning agencies and several partners to implement new rail systems. “If you want to build a railway, you need to have somebody who is going to put the different pieces of the puzzle together,” Gregory continues. “You need to bring those systems together, and you need to make them work so you have an efficient, valuable railway system; something that passengers can rely on and that can make their life better.”

The man behind the company

Gregory, who is originally from France, first joined Bombardier 18 years ago when he moved to Canada. He initially worked in the aerospace sector before he moved to Germany to work in the company’s railway business. From there he eventually made his way to Asia and took on various roles of increasing responsibility before stepping into his current position, which includes the role of Managing Director of Bombardier Transportation in Thailand. “When the Bangkok site was created in 1997, we had four employees,” Gregory recalls. “Now we have more than 620 employees in Thailand. And in a year, we will be 700.” 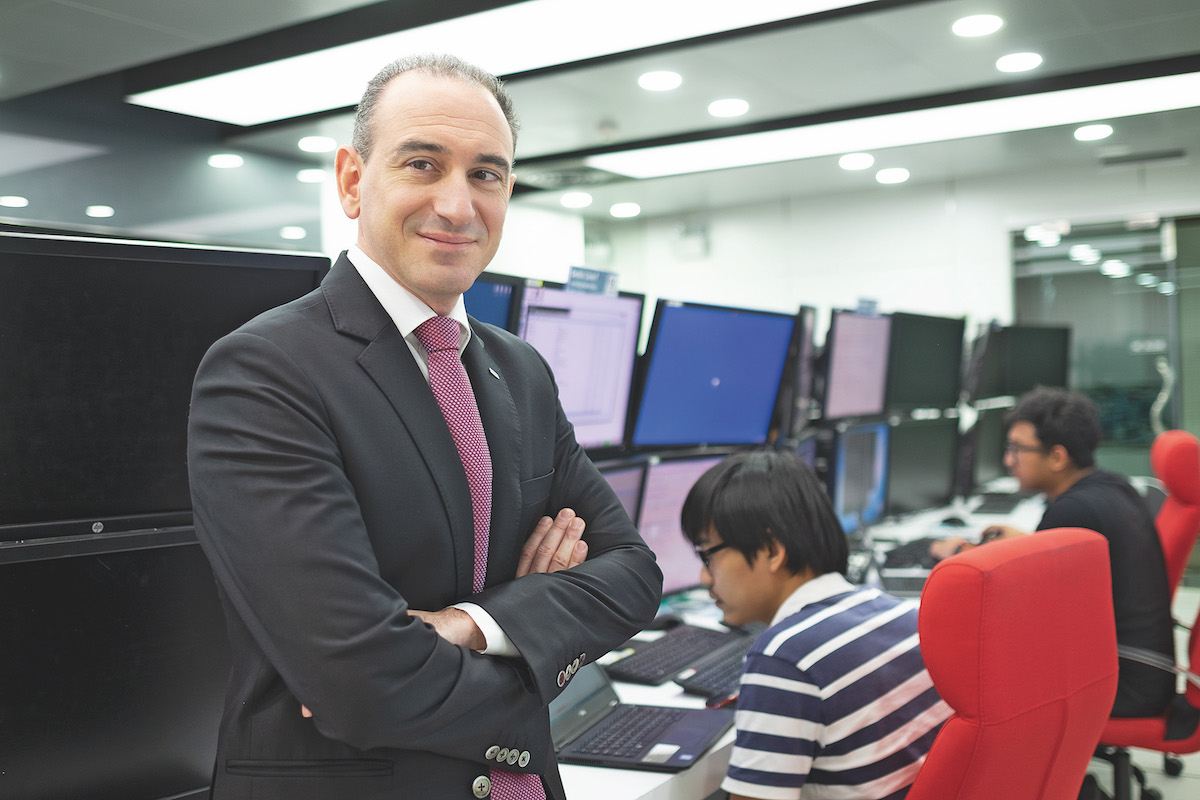 High on the priority list for Bombardier Transportation is ensuring it employs people with the right skills for its highly technical roles. “We usually employ people with bachelor’s degrees, master’s degrees and PhDs because our business is about engineering, project management, and software development,” he says. “We also do research and development at our site in Bangkok for new products.

“Because, in Thailand, we have moved from being a signalling company to total rail system integrator, we also need new skills. And we need to bring the right mix of people from Thailand and beyond.” This is a direction the company has been heavily driving, he says.

“We have people working with us from all around the world,” Gregory continues. “80% of our staff in Thailand is Thai, and the remaining 20 per cent is made up of people from more than 25 different nationalities. It’s a good mix of local knowledge, local development, and international experience and expertise.”

With a large focus on its staff, Bombardier ensures it constantly provides training and development opportunities. “We’re probably one of the most international railway companies in the world,” Gregory says. “As is normal in any business, some of the people that we train may join other organisations such as our suppliers, partners or the government, and can look at positions in other countries or fields. So, in a way we are not only a training centre for ourselves, but for the rest of Asia.”

“We need to select the right place we want to be, because we cannot be everywhere.”

Gregory is a big supporter of the professional development of employees. “It’s about the fact that people should have interesting jobs,” he says. “I believe in people having development plans – a plan that they work on by themselves but also supported by their managers. I think one of the most important things for anyone to understand is that there is a vision for the business and they are a part of that story; their work contributes to something bigger.” As a result, Gregory’s leadership style is centred around mentoring and coaching people. “It means ensuring they develop as a person, in both skills and capabilities, and also in personal leadership,” he adds.

The company is gearing up to address the railway trends ramping up in Asia. “There’s a huge amount of development in the railway business right now in Asia,” Gregory notes, “whether it’s greenfield projects or renewal of systems that have been running for a long time. And there’s increasing urbanisation and the development of a middle class.”

“There’s a huge amount of development in the railway business right now in Asia.”

It will mean the company will have to choose the best markets to target. “We need to select the right place we want to be, because we cannot be everywhere,” Gregory says. “What’s important is that we work with some specific ecosystems, specific cities and countries, where we can add value as a supplier. There are places where we can work the best with our partners – notably in Thailand. We’ve always had a very good partnership with BTS Corporation to develop the Skytrain. We’ve worked with Bangkok Expressway and Metro Public Company, related to the Purple Line, and we also have good partnerships with a number of our suppliers such as ABB, Huawei and AMR Asia. We consider that we don’t just have customers and suppliers, but effectively we have partners.”

Words to live by

Gregory’s favourite quote is ‘Know Thyself’ which had been inscribed on the Temple of Apollo at Delphi. “The reflection behind this is the fact that to be able to interact in society, to be able to be wise, and to actually work and interact properly in life, you need to start by knowing yourself. Once you know yourself, you can know others and you can interact in the best way.”

A brief history of Bombardier

From there, Bombardier diversified into other transportation sectors including rail and aerospace to create a legacy that is still here to this day. “We have always had a strong culture of innovation,” Gregory says. “It’s about developing new products and services, and bringing new value as the company evolved with the rest of the world.

“There have been a number of firsts for the company; obviously, the invention of the Ski-Doo; the entry into the railway market with Montreal Metro in the 1970s and New York Metro in the 1980s; the takeover of the Learjet business and launch of the Canadair regional jet in the 1990s. Many new aircraft have been launched since then. On the railway side of business, there’s been tonnes of innovation; whether it’s in new vehicles, systems or products for railways or solutions for advanced rail control.”

Gregory is very proud of the internationality of the business. “While the Canadian headquarters is in Montreal, around 90% of its revenue comes from outside of Canada,” Gregory notes. “If you talk to people in Bombardier across the world, what you will notice is the many different nationalities. If you look at the other railway players in the market, for instance, you will see there is usually a strong nationality behind it; it can be German or French. But if you look at Bombardier, it’s a huge mix.”

Moreover, there is a very big push for diversity within the company. “In terms of gender diversity, I am particularly proud of what we’ve achieved here in Thailand where more than 30 per cent of our team is female,” Gregory continues.

“It’s a very high percentage because the railway industry is traditionally male-driven. Diversity is our DNA. There are many studies that are proving more and more that a diversity of opinions, meaning diversity in many areas including gender, culture and age, around the table in management teams and in the teams we have all across the world is a competitive advantage. It helps us have a global view of the business and, at the same time, to understand the local aspects of the culture in every market in which we work.” 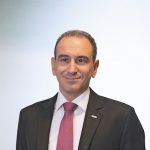