In early 2019, near the Brazilian town of Brumadinho, a tailings dam at an iron ore mine burst. The ensuing landslide wiped out a train owned by freight rail company MRS Logística just as its workers were preparing to load it up with cargo. Four of the workers were killed, along with more than 250 other people. 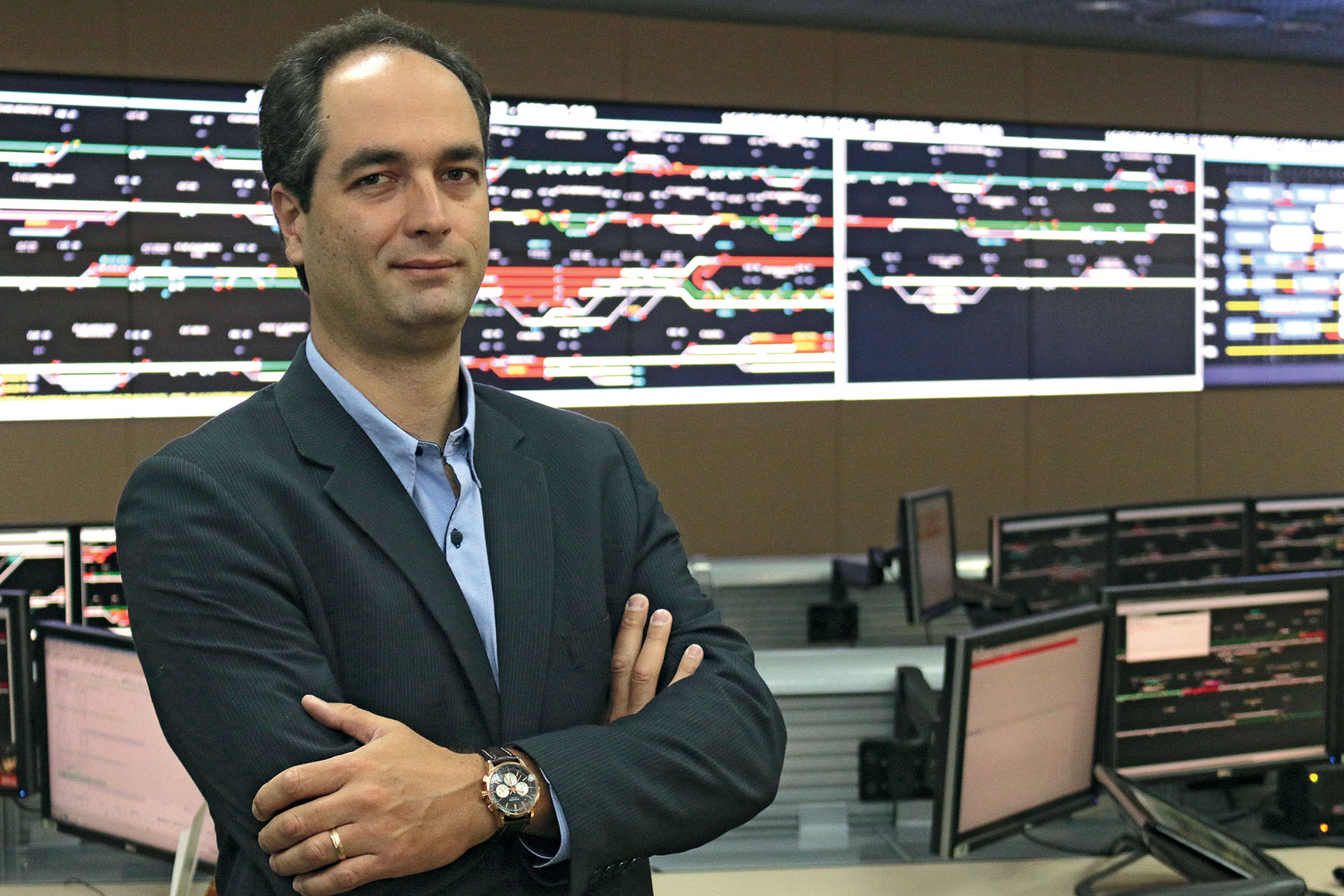 “That was a very, very sad year for us,” says CEO Guilherme Mello. “I’ll never forget 25 January, 2019.” More than two years after the tragedy, tailings dams in the area are still under observation and MRS’s trains now go driverless for a five-mile stretch as a precaution against another disaster.

The disaster set MRS back about 10 years in terms of its growth plans, according to Guilherme. But as often happens in the aftermath of extreme adversity, it also brought the company and its people new strength.

Although the disaster led to a 20% decrease in its border transport business, the business still had a “healthy” 2019. “It ended up having an effect on the team here to make sure we invent new solutions,” he says.

The driverless train solution, which has allowed MRS to resume transporting ore for export, was just one example of the company’s adaptability. When the COVID-19 pandemic hit the following year, it was once again forced to perform amid adversity.

Whenever we run a train, we’re measuring CO2 emissions and aiming to use less fuel. Every conductor receives feedback to show them how well they did in terms of accelerating and braking.

To ensure its long-term prosperity, MRS made sure to look after both its staff and its smaller suppliers during the health crisis. Conductors take at least 14 months to train, so Guilherme knew laying off workers would have been short-sighted.

He also knew it was in MRS’s best interests to ensure the survival of smaller, third-tier suppliers who take care of vital details, like catering for staff or replacing small yet important parts for the company’s locomotives. Guilherme decided to make advance payments for future business to these suppliers to help them through the crisis. 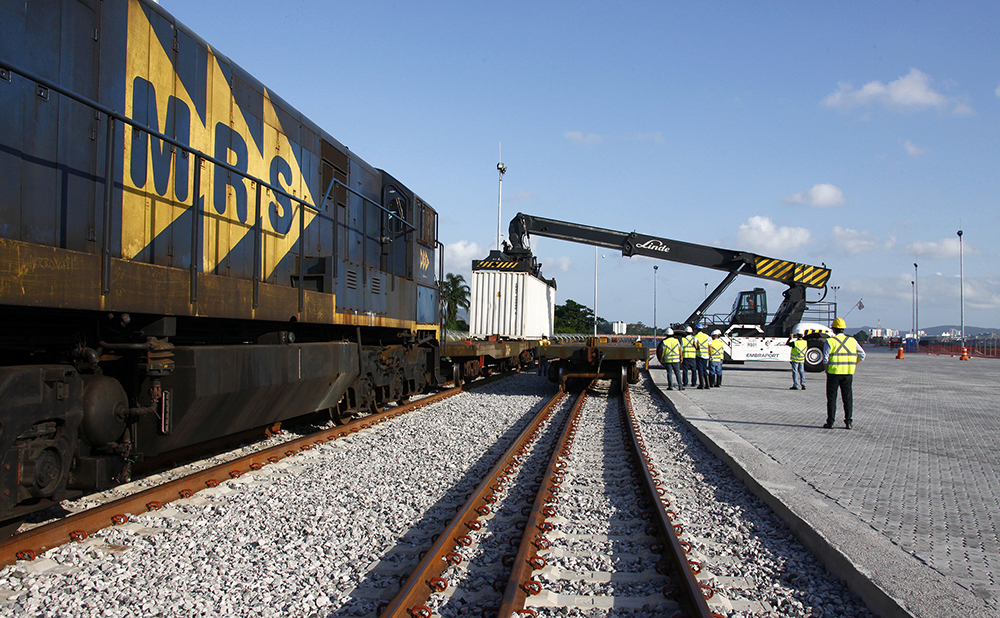 “These guys don’t have the balance sheets to survive a couple of months with no pay,” he explains. “We made sure those companies would prevail because we knew we’d need them when things got back to normal.”

MRS employs around 5,900 staff and has another 3,500 people who work as contractors. It operates just 1,021 miles of track, but this is an area dense with opportunity, connecting Brazil’s lucrative mines to its ports, which serves a key role in international trade. The company’s trains are enormous, typically almost one mile long.

“I mean, a typical MRS train weighs the equivalent of 15,000 cars. It’s an almost unimaginable weight, right?” Guilherme says. “It’s a very long train and a lot of responsibility to deal with any kind of event with a train like that.”

It takes about 3,280 feet to stop a train traveling at average speeds, and if a conductor hits an incline at the wrong speed, the engine might stall, which can be enormously costly in terms of both time and fuel.

So planning ahead for adversity is not something MRS only learned in 2019; it is integral to the operations of a freight rail company. “You have to be masters of managing peaks and valleys,” he says.

The topography of the business environment can be just as uneven as the physical one where it operates. In the 24 years since it became a private company, MRS has worked hard to expand and strengthen the business ecosystem it depends on. “What we try to do is know the capacity and needs of the other railroads in Brazil,” Guilherme says. “We also have discussions to keep a minimum feed of volume to these industries because we know we have to be in Brazil for decades, through multiple currency changes, and inflation of double digits for several years.”

Guilherme’s passion for technology arose at a young age. “I was really curious ever since I was a little kid. My nickname was Short Circuit. I used to try to disassemble everything, to the point where it was never going to work again, from radios to telephones to TVs,” he recalls.

“I’ve always tried to understand how things work, what’s behind it. Why was it conceived this way?” His curiosity inspired him to go on a mission – interrupted by the COVID-19 pandemic – to ride every mile of track that MRS operates alongside the conductor.

“I’ve already done trips inside the cabin for about 746 miles, and I plan to do the rest.” (Except, of course, those five miles in Brumadinho.) Armed with this firsthand experience, Guilherme is pushing forward with system-level tweaks and changes aimed at making things more efficient for customers and reducing costs for the company.

This undertaking will also have environmental benefits, including slashing fuel consumption. “A typical train of ours replaces 360 trucks, but it’s not enough – we need to be better against ourselves,” Guilherme says.

“Whenever we run a train, we’re measuring CO2 emissions and aiming to use less fuel. Every conductor receives feedback to show them how well they did in terms of accelerating and braking.”

Looking ahead, the challenge for the next three to five years is to keep improving efficiency within the heavy cargo side of the business. Guilherme has also been working closely with local governments to identify areas where investment is needed in rail infrastructure to allow more efficient journeys between major cities.

After two extremely tough years, MRS is still doing what it does best: planning ahead to keep things on track for the future. 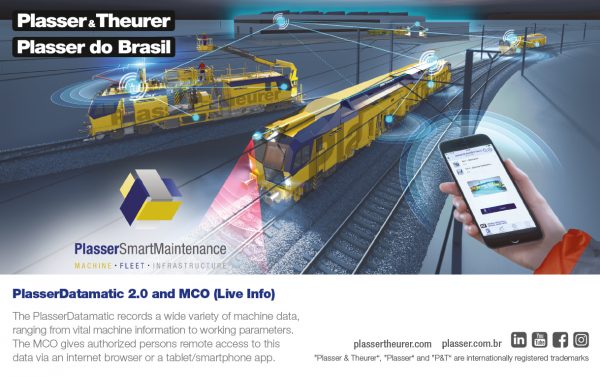