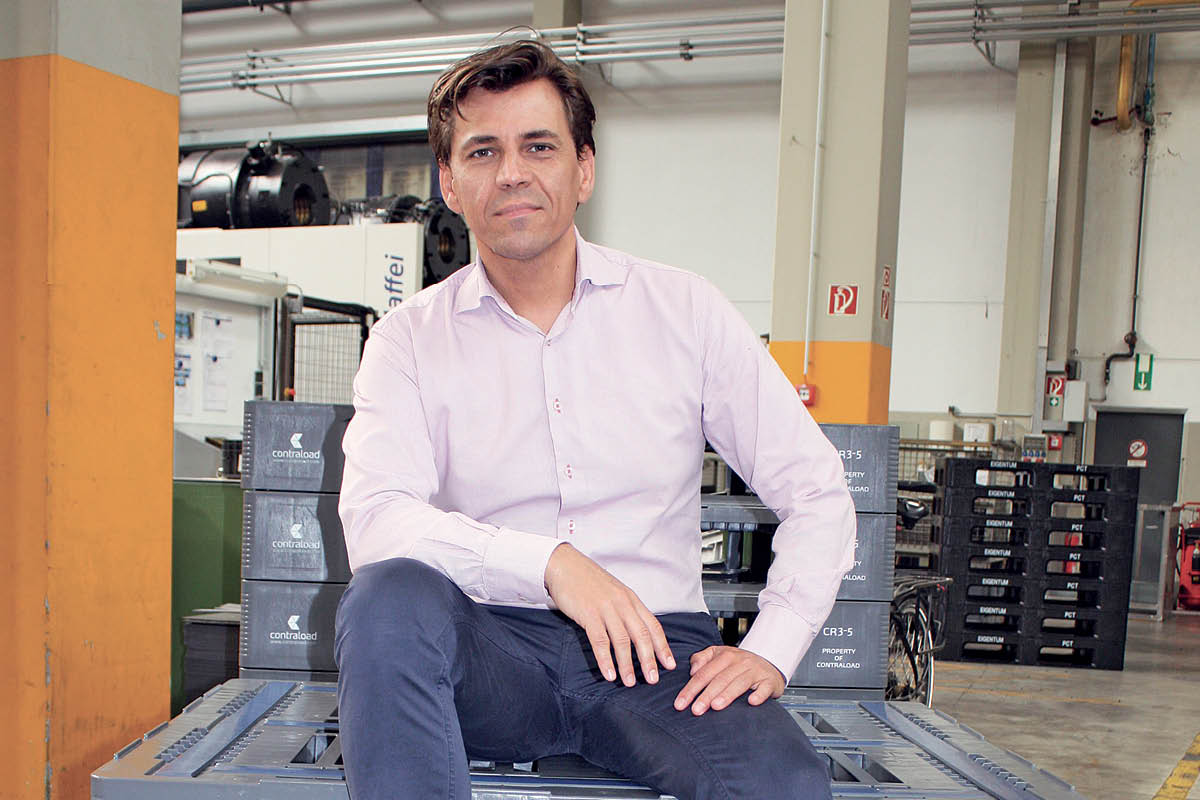 When Jesse Sels and Sylvain Neats were working for pallet and container giant CHEP, they were just two youngsters with energy, ambition and a great idea. They had noticed that customers were often seeking plastic pallets, but came to the company for wooden pallets after not finding what they wanted.

“We thought at the time that we had the answers,” Jesse says. They decided to go for it, breaking away from the company and forming their own business, Contraload, in their native Antwerp. “We wrote the business plan and started looking for believers,” Jesse recalls. “We started from scratch.”

The passion with which Jesse tells his story is a reminder that every new business venture is a massive emotional investment, and that those who leave an established company to start their own business face the stress of possible financial failure and the human toll of rejection.

There is an almost evangelical tone to how Jesse describes the company’s early, white knuckle days; they didn’t just want financiers and suppliers, they also wanted believers. The decision to form Contraload wasn’t simply a business gamble, it was a “leap of faith”.

Jesse and Sylvain were not blinded by their own zeal for success, however, and ensured they never competed directly against their former employer. “We targeted different industries and different markets. We didn’t steal any customers from CHEP. We started a whole new niche for ourselves and luckily it paid off.”

Although they knew their idea was strong and they had some guiding principles in place, there was a powerful element of the unknown. “We started together on this journey and we had no idea where it would go. It was do or die. We didn’t know the rules of the financial world and we didn’t think about our futures, we just felt it was an interesting market.”

“We started together on this journey and we had no idea where it would go.”

They may have lacked expertise in finance, but they had something hugely valuable: a customer need that was not being met. Catering to this demand allowed the company to instantly gain traction; it made a profit in its first 12 months and has never recorded a loss-making year.

Scaling up the company also required some nerve. “We just jumped. There were several moments where it could have gone wrong. It grew so fast and you come across all sorts of people who want to invest. Some of them are malicious. Luckily, we’ve been able to make the right choices, to keep it growing and to avoid the potholes. In the beginning, we were quite naive.”

As account managers thrust into running a company, Jesse and Sylvain had to upskill in a hurry. Tasks such as building a strong IT infrastructure and recruiting staff were outside their comfort zones. They also needed an injection of capital and after investigating several different avenues, found a family-owned company that could offer funding and guidance while letting the co-founders retain some equity. “That allowed us to grow from being a small child to an adolescent,” Jesse relates. “We were staying under their wings and we stayed there for seven or eight years.”

The company grew and evolved along the way and Jesse became increasingly interested in sustainability, recycling and saving resources through pool balancing. To change direction, Contraload formed a new holding company called SURECA. Entering this new phase meant that Contraload needed further investment and had to extricate itself from its original funding partner. “That was a fight,” Jesse laments. “They didn’t want to let go.”

Still, the change in direction was successful and today Contraload is a leader in pooling and rental services for pallets and storage bins. Jesse has moved from a hands-on operational role to crafting the vision for the company’s long-term future. “People can probably work for 50 years without making that change,” he reflects. “At some point, though, I suddenly got inspired by other CEOs, by articles in magazines and books.”

Jesse had no experience in building relationships with suppliers when he co-founded Contraload. The founders got this aspect of the business right, however, and many of their initial suppliers are still on board. Jesse says the support Contraload has gained from its suppliers has gone beyond financial and operational assistance.

“They’d seen others try and fail, but they did buy into our story and, for that, we are still grateful. They took a leap of faith with us in the beginning, but, year on year, the growth kept coming. Our partners grew with us and some of them I would even call friends now. It’s been a very good evolution.”

“Our partners grew with us and some of them I would even call friends now.”

Economies of scale mean that now Contraload’s customers, which include multinationals such as Nestlé and Unilever, reap the rewards. The benefits flow both ways as some of its partners help Contraload by keeping pallets on hand, making it easier to deal with fluctuating demand. “That is very important because, in a pooling company, the pool is not very stable. The worst thing that can happen is that we don’t deliver to our customers when they need us.”

Contraload co-founder Sylvain has since moved on to other projects, but Jesse makes it clear that he remains a major part of the company’s story. “He’s still a valued adviser. We remain good friends and he is a very positive force for the company.”

The company continues to evolve. Today, SURECA has 125 employees and a revenue of €40 million, and it recently acquired UK company PLS. “We are interested in M&A and are going to spread our wings. It’s stupid to limit yourself to one trick if there is so much more you can do as a company.” And Jesse still feels that same passion that inspired Contraload’s formation. “I made this company part of my heart,” he says. 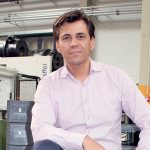