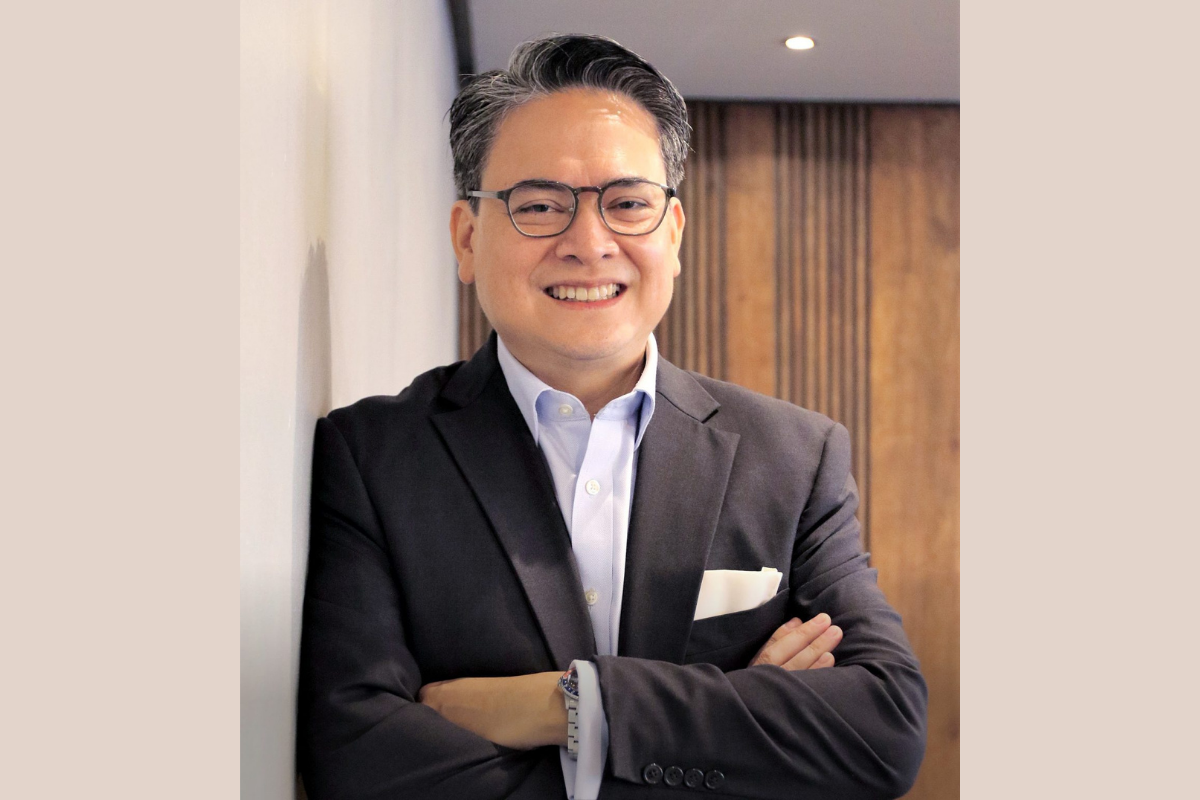 With a significant extension, new signalling system and brand-new fourth-generation trains already on the cards for its LRT-1 line, private operator Light Rail Manila Corporation (LRMC) is fast evolving. But with so much more potential yet to be realised, the key to unlocking it is to innovate, says President and CEO Juan Alfonso.

Big things are happening for the LRT-1 line, specifically the ongoing rehabilitation, optimisation and expansion of the rail business that LRMC expects to be further fuelled by increasing investments in rail projects by the Philippines. Juan tells The CEO Magazine the LRT-1 Cavite Extension project is a much-anticipated development for South-East Asia and the Philippines’ first light rail system. The project is currently underway to connect its present Baclaran station to Cavite.

“We’ve started the construction of the first five stations, known as Phase 1, and we’re about 60 per cent done,” he says. “The viaducts, or the bridges for the trains, are almost complete and we hope we’ll finish the entire system, stations and tracks, by the end of 2023 or early 2024.”

Once LRMC extends the existing line, LRT-1 will stretch 32.4 kilometres (from its current 20.7 kilometres) and will serve future high-growth centres in the south such as Parañaque, Las Piñas and Cavite. Since the start of civil works in September 2019, construction remains in full swing despite the limitations brought about by the COVID-19 pandemic. The viaduct of LRT-1 extension is due to be completed by the first quarter of 2022, while the electro-mechanical works are set to begin soon after.

Keeping the project on schedule, particularly amid the turmoil of the pandemic, has been hugely reliant on the strength of LRMC’s relationships with its suppliers. In fact, nurturing these partnerships has been a top priority since the company was first established to operate and maintain LRT-1.

We’d like to be able to understand more of the people and their commuting behaviour patterns so we can tailor better solutions.

“When we started off, it was very difficult to establish supply chains,” Juan admits. “There had been challenges with some suppliers before, and I think we had to demonstrate that LRMC was a professional organisation and if we asked suppliers and essential parts of the supply chain to help us, we weren’t wasting their time.” Now, the organisation’s track record speaks for itself.

Juan shares that LRMC believes in leveraging best-in-class practices and collaborating with the best partners. Together with partners Bouygues Travaux Publics as the engineering, procurement and construction contractor, and Alstom, both global players known for their railway projects, LRMC uses an above-ground launcher method. A first for the Philippines, this special engineering method allows for faster execution and causes minimal effect on ground-level traffic. 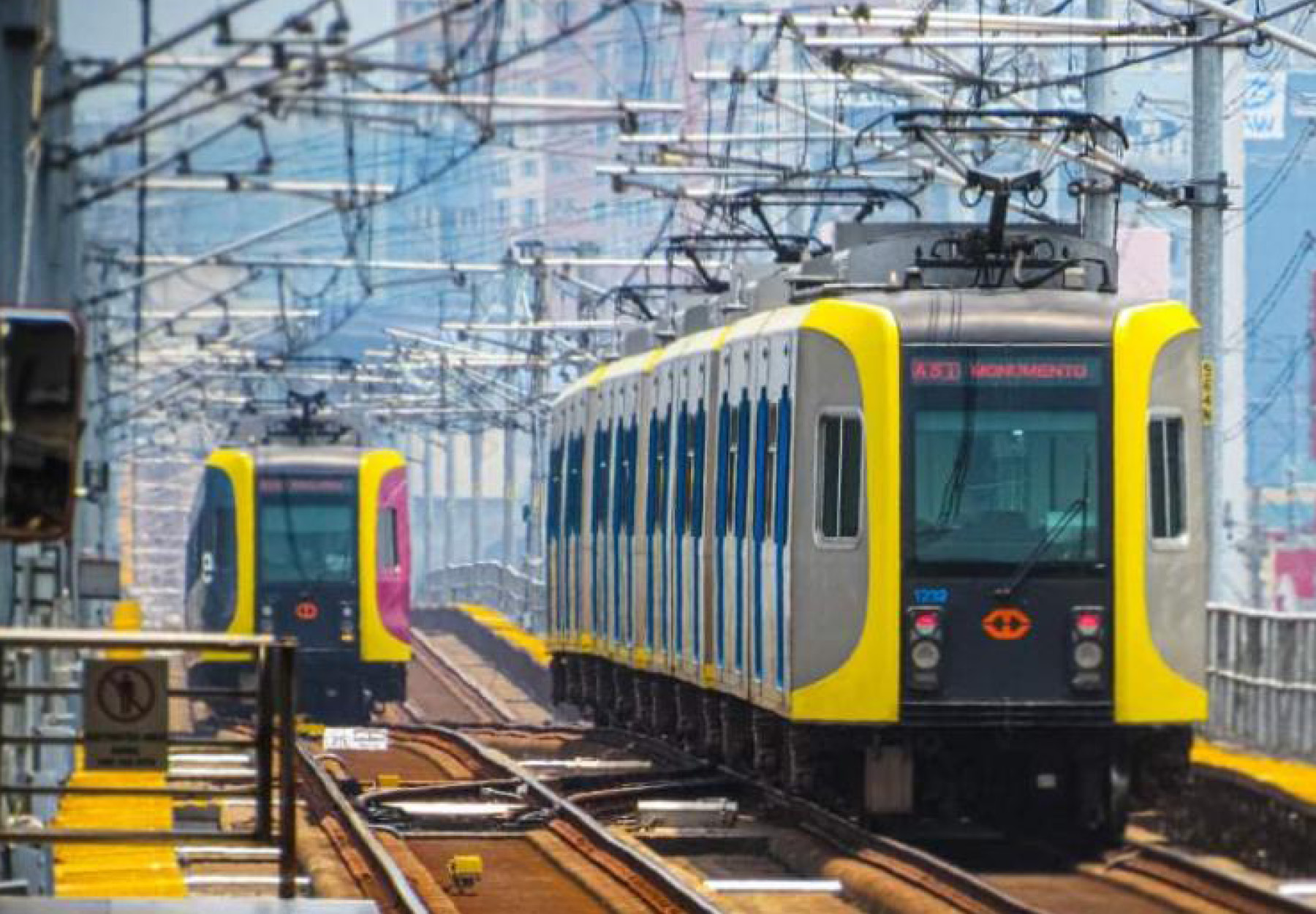 The idea that LRMC is more than just a transport company is increasingly important as revenue from its non-rail operations rapidly grows. “There’s a large advertising component because of our stations and trains,” Juan tells The CEO Magazine. “And then there’s also a retail environment so there’s a huge opportunity to really expand on these two.”

While this revenue source has traditionally been considered complementary to its rail operations, Juan believes “there’s really no limit” to the non-rail revenue. “You have companies like the MTR in Hong Kong that has 50 per cent of its revenue from its commercial or real estate business,” he explains. “There’s no reason why we can’t do the same over a long horizon, of course.”

This push on advertising revolves around three areas: the stations, partnerships and the trains themselves. In the stations, ads are placed on static billboards, screens and even turnstiles. “The turnstiles are in high demand because they’re high-visibility, high-traffic areas,” Juan says.

You have companies like the MTR in Hong Kong that has 50 per cent of its revenue from its commercial or real estate business.

Partnerships are a key part of the strategy; for example, a tie-up with Yamaha Philippines saw the multinational conglomerate sign up for a three-year advertising program under the Station Partnership Program in 2018. Through the program, Yamaha would help to fund station improvement works that LRMC has undertaken in Monumento station such as improved lighting, roofing, the installation of security and the overall cleanliness and maintenance of the station.

Then there are the trains themselves, which Juan describes as “moving billboards”. “We had trains recently promoting vaccinations and the use of face masks,” he shares. “Previously, we had trains that were wrapped by different advertising companies and really consumer-driven.”

On the retail front, LRMC has already looked at redeveloping its sites, according to Juan, starting with EDSA station. “We actually leased the building, built a bridge and expanded it, so it’s three times the size of what it was. EDSA station was about 70 square metres, now it’s almost 400 square metres, so passenger flow, everything, is much better,” he reveals.

We had trains recently promoting vaccinations and the use of face masks.

After all, really understanding the commuters who use LRT-1 is an important piece of this puzzle. “We’d like to be able to understand more of the people and their commuting behaviour patterns so we can tailor better solutions and also drive that into our other non-rail business, such as advertising, to make it more meaningful,” Juan explains. 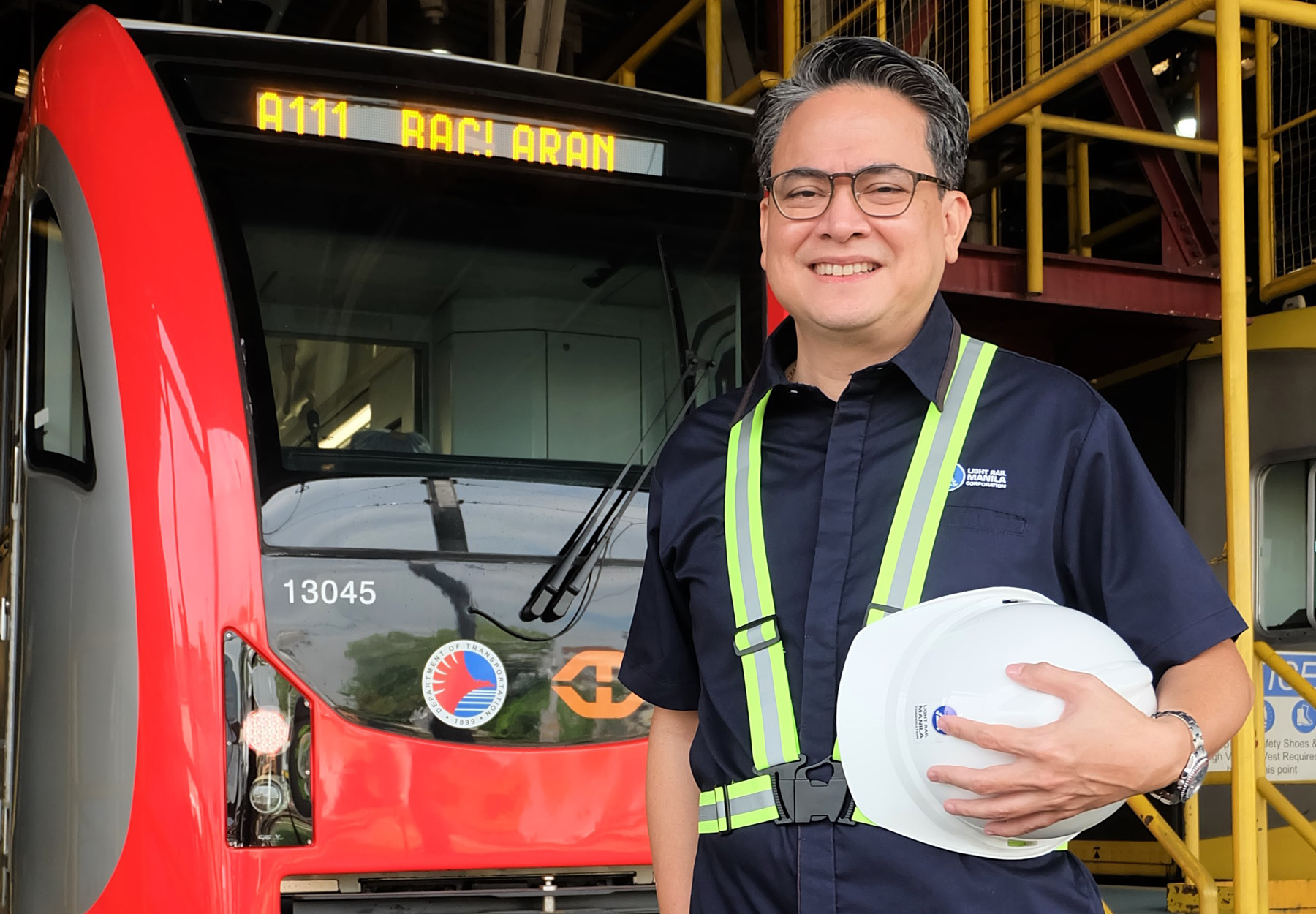 Innovation is another area the team at LRMC is passionate about, demonstrated by the 2019 launch of its ikotMNL app, which it continues to enhance. “We’re going to have ticketing soon on the app so we’re quite excited about that,” he points out. “It’s this whole process of trying to optimise something that has been there before and really bring it into the modern age for the next 30-plus years.”

It’s this whole process of trying to optimise something that has been there before and really bring it into the modern age for the next 30-plus years.

Fitting nicely into this futuristic approach is the idea of integrated mobility – the ability to move people more “seamlessly” – as demonstrated by LRMC’s partnership with Sakay.ph, an app that offers transit directions in Metro Manila via jeepney, train, P2P bus, UV express, shuttle, Pasig River Ferry and more. By integrating its ikotMNL app with Sakay.ph, LRMC can provide commuters with comprehensive information on estimated time of travel, as well as directions and instructions on how to reach destinations by taking LRT-1 and other modes of transport, including walking.

“We’re looking at partnerships also with other people who can give us feeder routes,” Juan shares. “Whether it was the recent UBE Express Bus partnership, or even electric vehicle providers that we can coordinate with on this whole integrated mobility platform.” 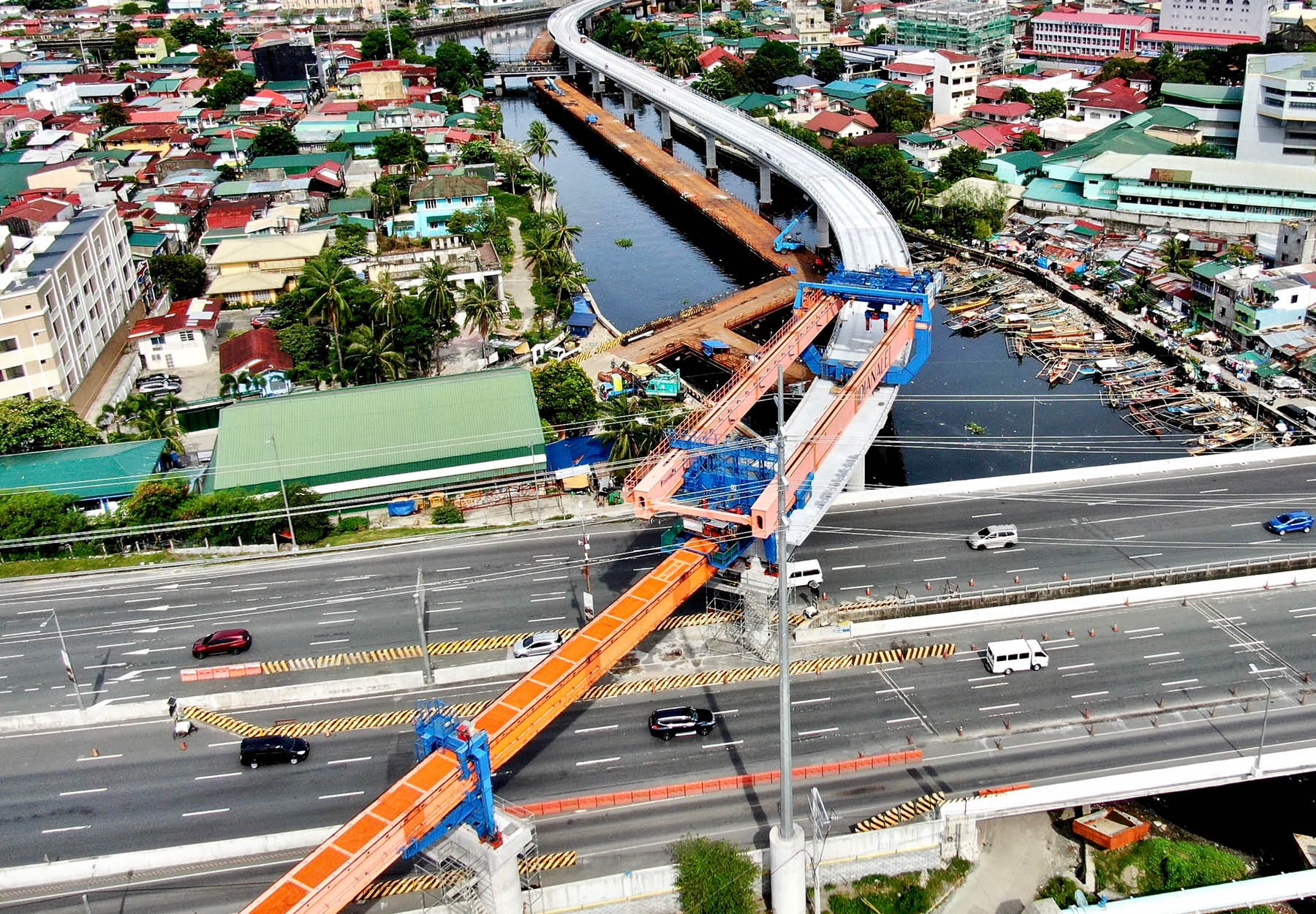 Accountability has also been a huge contributor to the ongoing progress of LRMC and is intrinsic to his leadership style, according to Juan. “We’re private sector owned, so it makes the culture very different,” he explains. “We’re really made accountable for our business results or our budget and corporate results. But it’s not the sort of accountability where we’re not going to help you if you need help. As a CEO, you’re also a coach to your direct reports and management committee and you need to know how to adjust.”

Instilling this aspect of LRMC’s culture along with other important elements will be a major focus for the company over the coming years as it seeks to attract new talent – essential for its future growth. “A lot of the managers that were part of the privatisation are at the stage where they’re retiring,” Juan says. “So maintaining the safety and institutional knowledge is a big challenge.”

Ultimately, Juan and his team are driven by a shared mission – to really enhance the experience they deliver and make it truly world-class. “We want to make them feel like they are in a station that they might go to in Hong Kong or in Singapore, to really bring it to that level,” he says.

“We feel that our mission is to really give our passengers a glimpse into our future and we’re in a position to actually put something like that together. We’re really in the business of trying to simplify things for people, giving them back their time, so that they have more time to do things that they want to do and not get stuck in their morning or afternoon rush. And to make the service so good that they’re spoiled.

“If, in the next few years, people say that the morning commute to work is much better because of some of the things that we have done, then I think we would’ve done our job.”

“Our partnership with LRMC has enabled us to deliver vital upgrades to one of the busiest railways in the metro and, more importantly, inspired us to work harder towards our goal of building safe and resilient structures for the Filipino.” – Rey G Villar, Vice President, First Balfour Executive
“Bouygues is a solution-driven service provider and this is what our clients value, no matter what competing challenges exist. This is the strategic and guiding focus to deliver satisfaction for our clients.” – Drasko Strika, Project Director & Country President, Bouygues Travaux Publics Philippines 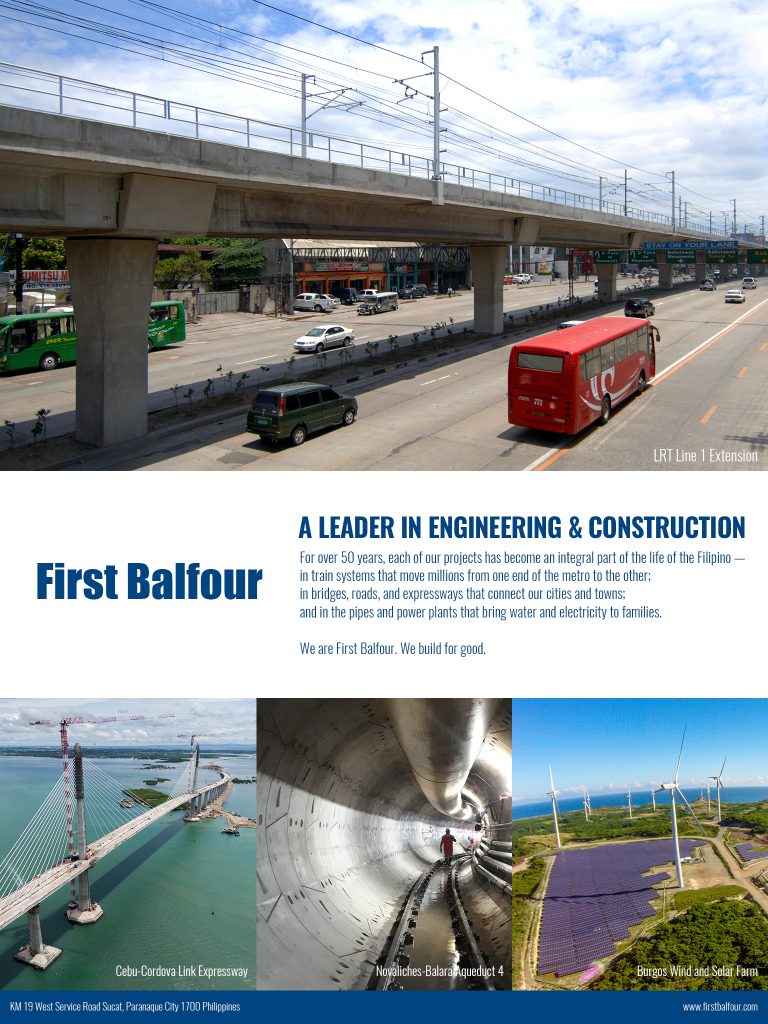 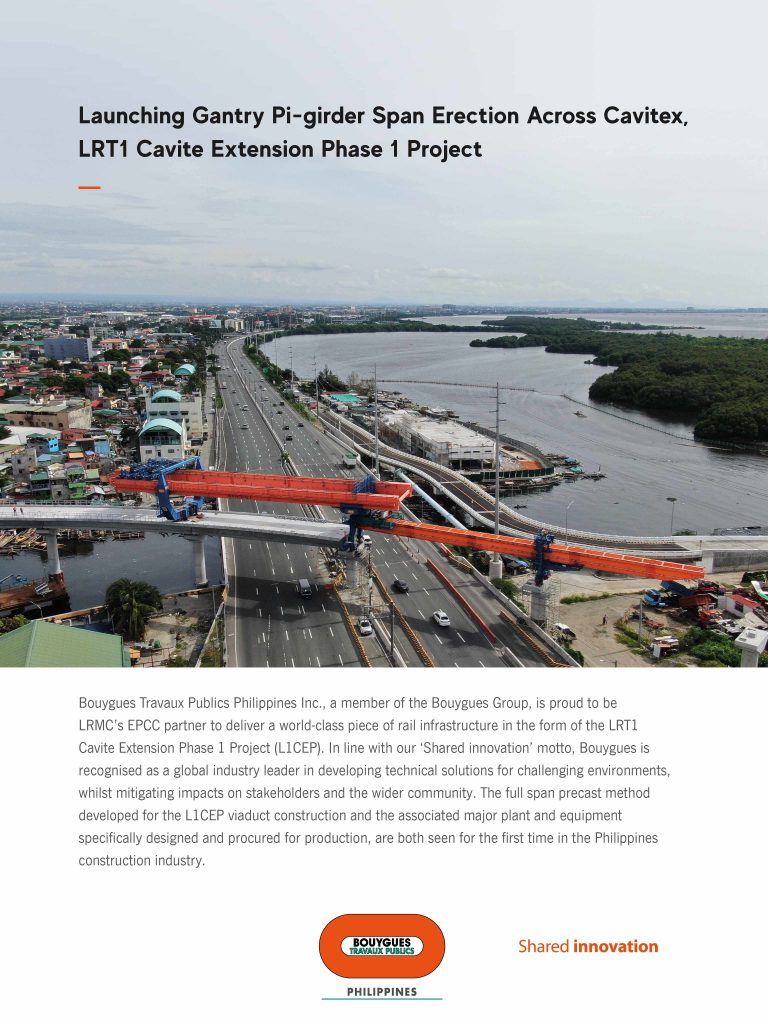