“We bring the port to the product.”: Kieran Carvill 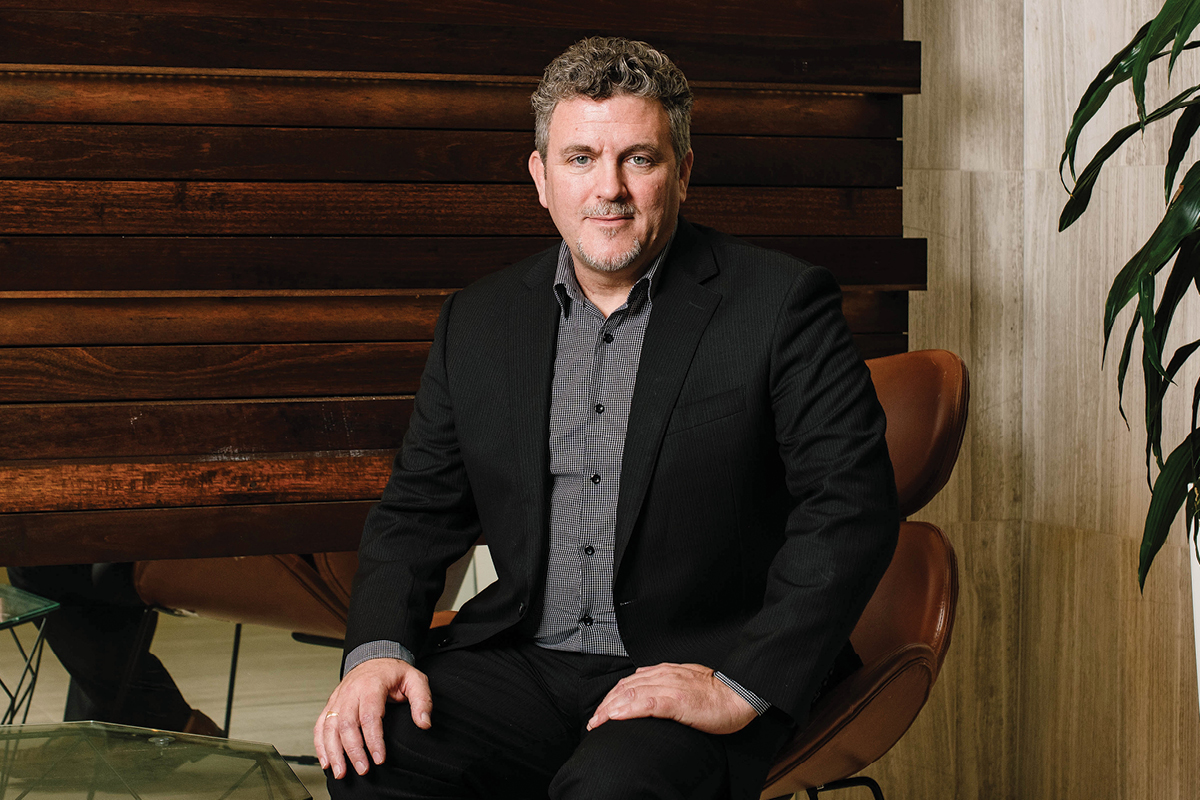 When T-Ports CEO Kieran Carvill extolled the mantra ‘failure is not an option’ to his board and employees, he didn’t realise they’d remind him of this regularly. “On difficult days, I think it’s called ‘being hoisted by your own petard’,” laughs Kieran. But it’s a challenge that Kieran is happily rising to as T-Ports changes the paradigm of the Australian transhipment industry with innovative port infrastructure and technology.

“I’m excited to be at the helm of a company that’s changing the way marine infrastructure is developed, owned and operated,” he says. “It’s such a thrill to experience all the challenges and potential rewards that come with bringing this to life.”

T-Ports is reinventing the transhipment process by constructing shallow draft ports with small environmental footprints. Transhipment vessels are then used to move produce to capesize deep-water vessels further out in the gulf. This will significantly reduce the costs of getting crops from farms to export vessels.

“We’re building ports at a fraction of the cost of deep-water ports with similar operating expenditure costs while maintaining the same operational efficiency,” Kieran says. “This allows us to build ports where normal market economics would preclude it.

“I’m excited to be at the helm of a company that’s changing the way marine infrastructure is developed, owned and operated.”

Lucky Bay is T-Ports’ first venture and is located on the Eyre Peninsula in South Australia with planning underway for a second port at Wallaroo on the neighbouring Yorke Peninsula.

“There are efficiencies and cost savings in building the second port on the opposite side of the Spencer Gulf as we can utilise the same transhipment vessel,” Kieran says.

“The introduction of these ports breaks open a regional supply chain monopoly. This will significantly reduce the costs for growers of getting grain from their farms to an export vessel. We bring the port to the product.

“The A$130 million Lucky Bay project will be open for grower receivals for the 2019 harvest. It features two up-country storage sites with approximately 500,000 tonnes of storage capacity, port receival and loading facilities and a bespoke transhipment vessel.”

With construction at the port site at Lucky Bay well underway, supporting the port will be a specialist hull ship. “We’ve been working with design partners Sea Transport Solutions to develop a highly efficient vessel from hull design to all the material handling systems,” Kieran says. 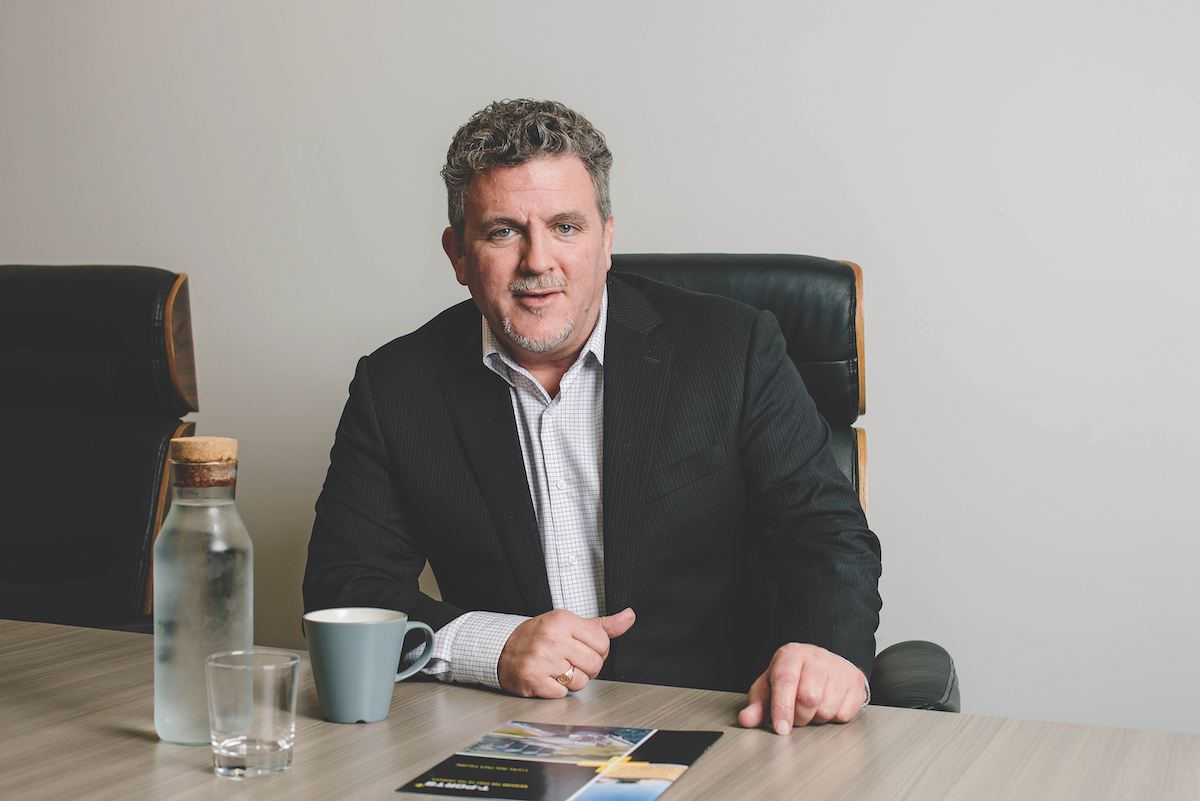 T-Ports’ transhipment vessel Lucky Eyre is currently in Shanghai and will be commissioned and in Australian waters before the harvest with the first exports of grain planned for early 2020.

“While the port is being built to primarily export grain, it’s a little like Field of Dreams; if you build it they will come,” laughs Kieran. “We’re talking with various companies to offer supply chain solutions for exporting other raw materials and minerals.”

In an unconventional move, T-Ports is offering 120 Eyre Peninsula grain growers equity in the port with shareholding for each tonne of throughput over the next seven years. “We are offering something new and unique to the industry as we change the paradigm for port infrastructure in Australia,” Kieran says.

Building long-term and sustainable supplier relationships is crucial for T-Ports. “If we profit alone from a relationship then it will be a short-term dance,” Kieran says.

“We play the long game and want to grow with our partners. True partnerships help each other to get better in what they do in the partnership. By treating your partners with respect, honesty and fairness, you can ask for and expect the same from them. We’ve found the right partners who share the same philosophy of playing the fair partnership long game,” he adds.

“Dr Ballantyne is a pioneer demanding change to the Australian marine infrastructure environment,” he says. “He gave me the insight to see how inefficient systems can be replaced and not to accept the norm but have the courage, perseverance and wisdom to be a proponent for change.”

In terms of leadership style, Kieran describes his as unorthodox, simple, clear and honest. It’s also very hands-on. “I prefer to be in the middle of the battlefield with my team than leading from the hill overlooking the fight,”
he says.

“I demand nothing from my team that I’m not prepared to do myself. I believe in getting to know and understand everything we do as a business. A team needs to feel supported day to day – diligence and perseverance do not guarantee success, but without it failure is a more likely outcome.

“All my previous roles have contributed in some way to the experience needed to lead this company and the team. I believe the more important formative experience comes from setbacks and failures. It was the hard negative hits that left me with great scar tissue. I would not have the skill sets nor strength to be capable of doing what I need to do today without these scars.”

So what are the key success factors for T-Ports? “Using technology to change the paradigm of how we do business, building a team of staff and suppliers who follow our vision and passion, and having a clear vision of the future to set our goals against,” Kieran says. “Without vision, there is no direction, only chaos.”

“Without vision there is no direction, only chaos.”

When Kieran isn’t at work, he’s dedicating time to his family, walking their “crazy” kelpie along the beach, cycling or relaxing with a glass of red wine listening to Chopin.

“It’s the simple things in life that recharge my batteries,” he says. “My family are the greatest source of my drive and determination. “I’m the same person in and out of the office. We work so hard and life is so demanding that we need to find humour in the everyday.

“Growing up in Ireland means you find a way of finding humour in the face of potential disaster. No matter what difficulty we go through, remember to smile,” adds Kieran. “If we can’t laugh, we’re not alive.” 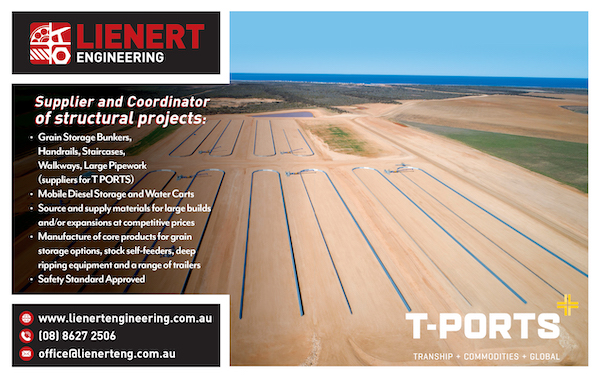 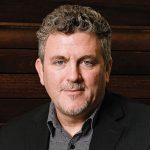