“We bring the new into the world.”: Klaus Dittrich When Klaus Dittrich entered the position of CEO of the exhibition services company Messe München in 2010, he was faced with a set of challenges the company had never faced before. That year, the company’s shareholders discontinued the €180 million subsidy they had granted Messe München in the 1990s.

This subsidy was to help the company repay the immense loan used to build its sprawling, state-of-the-art exhibition centre in Munich, which has since become home to some of the largest trade shows in the world.

“The agreement was that when we had a loss, it would be covered by the subsidy, and when we had profits, we would pay interest on our loans. That was the deal. But a few months before I took over as CEO, the subsidy was cut,” Klaus recalls.

“For a period after I took over as CEO, there were many nights I didn’t sleep.” Suddenly, the financial model that had guided the company for two decades was no longer useful. Klaus had no choice but draw up an ambitious plan to raise Messe München’s profits higher than they had ever been.

“We had to raise our EBITDA to at least €32 million per year on average, and we set our strategic goal at €50 million,” Klaus says. “We didn’t have much time, so we had to go big.”

In 2019, Messe München posted an EBITDA of €75 million and was even able to pay back a €520 million loan from its main two shareholders – the City of Munich and the Free State of Bavaria – making it one of the most profitable trade fair companies in the world.

“This pressure gave me the opportunity to change the structure of the company and to change the mindsets of the people here. Today, we have a much more entrepreneurial mindset within the company, which was fundamental to our success,” Klaus says.

Messe München’s entrepreneurial mindset has become even more important over the past decade as global competition has risen. “The trade fair industry has become very global in the past few years. I’m convinced that if you want to safeguard your future in the trade fair business, you must hold your ground today in worldwide competition,” Klaus says.

For this reason, Messe München has systematically invested in its portfolio abroad in recent years, and has built up a strong global network by exporting its own trade fair brands and by making major acquisitions in growth markets such as China, Russia and Brazil. Today, Messe München has a presence in more than 100 countries.

At home, Klaus has reconfigured his company’s public image so that Messe München is thought of as not just a space for trade shows but also as a manager of networking platforms, providing services year-round.

He launched a women’s network consisting of 800 female entrepreneurs, politicians, journalists and artists, and he launched a series of “innovation journeys”, where the company’s most important customers are invited to travel to the innovation hotspots of the world, such as Silicon Valley, Austin and New York. 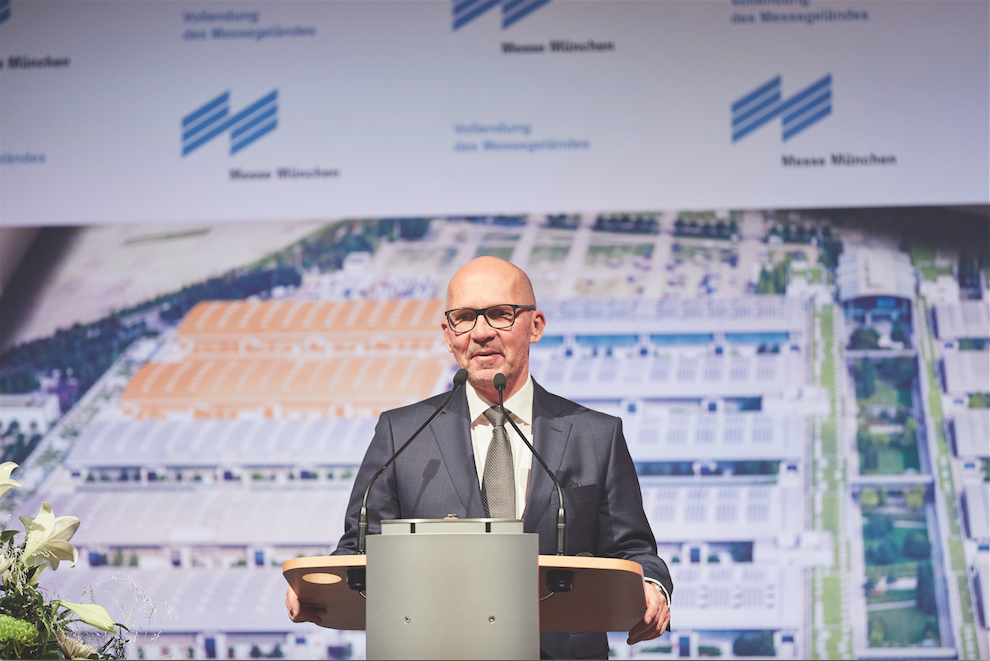 The websites Messe München creates for its trade shows serve as digital publishing platforms that customers and startups can use to network and establish their brands before and after trade shows take place.

These digital platforms have received an enormous boost since the beginning of the COVID-19 pandemic, but Klaus believes they should be thought of as a supplement rather than a replacement for trade shows.

“The idea of gathering the right people together in one place at one time has never been as relevant as today. At a trade fair, our visitors can have business conversations in one day, for which they would otherwise be travelling around for weeks,” he says.

Klaus’s innovations appear to be paying off. This year, Messe München won the bid for the new International Motor Show Germany, which means the world’s largest automotive exhibition will be held in Munich for the first time, starting in 2021.

“That makes me very proud. This achievement shows that we positioned ourselves correctly in terms of strategy and extended our pioneering role as an initiator and innovator at the right time,” he says.

“For me, the most meaningful thing about my job is that innovations that will change our lives and the world tomorrow are presented at our trade shows for the first time. We bring the new into the world.” 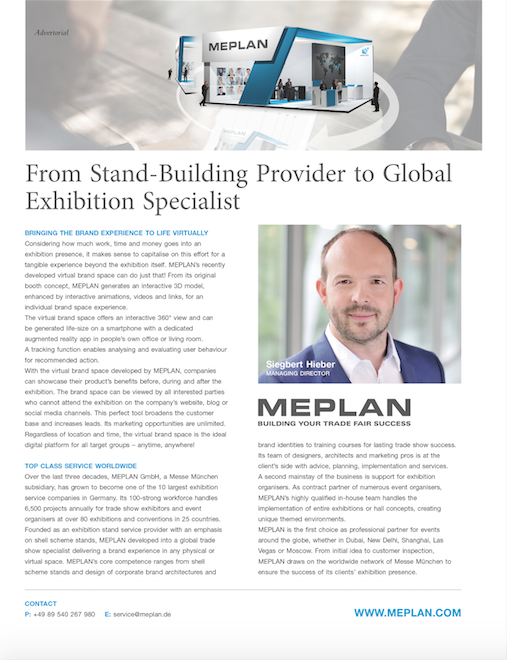