We are all working towards one solution: Kumar Keshav Like many developing counties, India is a land full of opportunities for mass transit development. With a growing population of more than 200 million, Uttar Pradesh is not only the most populated state in India, but also the most populated country subdivision in the world. Given that 90% of the state’s registered vehicles are privately owned and more than three million people live in its capital Lucknow, it was imperative that an alternative, environmentally friendly transport system was developed to ease congestion and streamline inner-city commutes.

In 2013, the state-owned Lucknow Metro Rail Corporation (LMRC) was formed to construct and operate the Lucknow Metro, which has already earned its place as the fastest and most economical metro execution ever undertaken in India. To speed up clearance processes, in 2016 LMRC became a 50:50 joint venture between the Government of India and the Government of Uttar Pradesh. And in September 2017, the 8.5-kilometre priority section of the North-South Corridor (Phase 1-A), from Transport Nagar to Charbagh, became operational. In the month following its launch, the line had around 25,000 passengers daily – a figure that will no doubt increase once the entire 23-kilometre North-South track is opened in April 2019.

Giving back to the country

Behind the scenes of this massive undertaking is Kumar Keshav, a gold-medallist from the Indian Institute of Technology (IIT) Kanpur and IIT Roorkee, who took over as Managing Director of LMRC in 2014. After starting his career with a 17-year stint at Indian Railways as a senior divisional engineer and director of Geotech, Kumar moved to Delhi Metro in 2002 where he worked his way up to Director of Projects and Planning. In this position, he successfully completed a handful of major projects, and was never late in meeting deadlines. Such projects include the Central Secretariat-Badarpur line for Delhi Metro, which catered for almost 70,000 people travelling to and from the opening ceremony of the 2010 Commonwealth Games at Jawaharlal Nehru Stadium.

Kumar also led the successful execution of the US$280-million, 19-kilometre West Corridor of Phase II of Delhi Metro, and the US$400-million Corridor of Phase-I in Dwarka sub-city. In 2012, Kumar made the bold move to Australia to work for Hancock Coal as project director of rail, overseeing all facets of its 510-kilometre, heavy-haul rail project. However, the love of his home country pulled him back two years later, where he started his journey with LMRC in 2014.

“I’m a man of Lucknow, so through this role, I am giving back to my own city,” says Kumar. The Lucknow Metro will include the north-south corridor, which comprises 21 metro stations, and the full corridor is expected to open in April 2019. The civil work for the east-west corridor comprising 12 metro stations is also expected to begin by this year.” Kumar says Lucknow Metro’s 20 trains will run every seven minutes. “The north-south line will start at the Amausi Airport and end at Munshipulia. It will also pass through the city, connecting commercial hubs and office spaces with our main transport hubs and bus stations,” he explains.

“I’m a Lucknow man, so through this role I am giving back to my own city.”

Kumar says he hopes to have the 12-kilometre east-west line fully operational within the next five years. “Lucknow is a very historic city, so approximately 7.5 kilometres of the east-west line will run underground, below a very old, dense commercial area. This is to avoid above-ground disruption. To see it through, we are now undertaking a study to better understand the requirements of this growing city.”

People are the real power

In 2016, Kumar was awarded the prestigious Dr Abdul Kalam Memorial Award for Innovation in Governance, the first award of its kind to be bestowed upon LMRC.
In acknowledging the honour, Kumar points out that even before him, the company had always been a unique government organisation, focused on innovative ideas to complete projects as efficiently as possible.

“When I first started the metro project, I knew that I wanted it to be accessible to everyone – old people, young people, and physically challenged people. I worked closely with Handicare, India’s association for people with disabilities, to ensure my stations were wheelchair accessible. And I included braille stickers for the visually impaired next to all signage,” says Kumar.

“Most of all, I wanted to ensure women were accepted in all compartments. There are seats reserved for women, young children in strollers, and older people with walking aids.”

This focus on equity is also evident in Kumar’s relationships with his partners and suppliers. “Projects of this type are only successful if they are backed by a strong combination of parties – this includes the government, clients, contractors and vendors. If we are all working towards one solution, one common goal, then we can start to achieve things together,” he says.

“I never treat my contractors as just contractors, I treat them as my partners. Initially, the project was approved by the state government, but there was a delay in approval by the Government of India. I didn’t let this stop me. All my international contractors required confirmation, so I made it happen – every contract was signed and in position by the time the central government’s approval came through. I never let them down and, in turn, they have not let me down in delivering the fastest-built metro system in India.”

Above all, Kumar wanted to ensure that Lucknow Metro’s green initiatives were sustainable and superior to those of its competitors. To minimise its environmental impact, several mitigation measures are already in place for areas of afforestation, recycling, energy and waste management, air pollution, and rainwater harvesting. “I am proud to say that all eight stations are now green building certified and have achieved a platinum rating – the highest– and I didn’t have to compromise on anything.”

Kumar explains that the metro will use a communication-based train control (CTBC) solution to provide higher passenger throughput, safety, accurate station stopping, multimedia content such as advertising onboard, and improved commercial speeds. “We are the second Indian metro to use CTBC systems, and now other major metros in Delhi and Mumbai are following suit,” he says proudly.

Unlike these big cities, however, Lucknow is a small capital with fewer resources and skilled professionals, forcing Kumar to be very resourceful when it came to sourcing materials and services. “We had to bring in external help for a metro project of this size, especially because the roads in Lucknow are already packed to the maximum. The planning was so poor that utilities initially planned to run alongside the road are now in the middle of the road. We had to make many physical changes to allow the project to proceed,” he admits.

Powered by females
In December 2016, Lucknow became the first Indian city to launch its metro with women drivers in control – an initiative by LMRC to promote equality and encourage women to join the field. Pratibha Sharma and Prachi Sharma were just two of the 3,827 women who applied for LMRC’s 97 train controller vacancies, breaking the stereotype in the male-dominated profession.

But when it comes down to it, Kumar says his people are the real power. “Halfway through construction, I started thinking about what it would take to become operational, and this meant building up a team. I looked at my team of about 250 capable controllers, train operators, engineers and mechanics, and I decided to upskill them. I created my own training institute to get them ready for the new metro system,” Kumar explains.

“Our approaches were different, and many people didn’t believe this new young team would be able to run the metro. I looked forward to proving them wrong.” 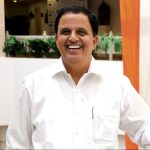