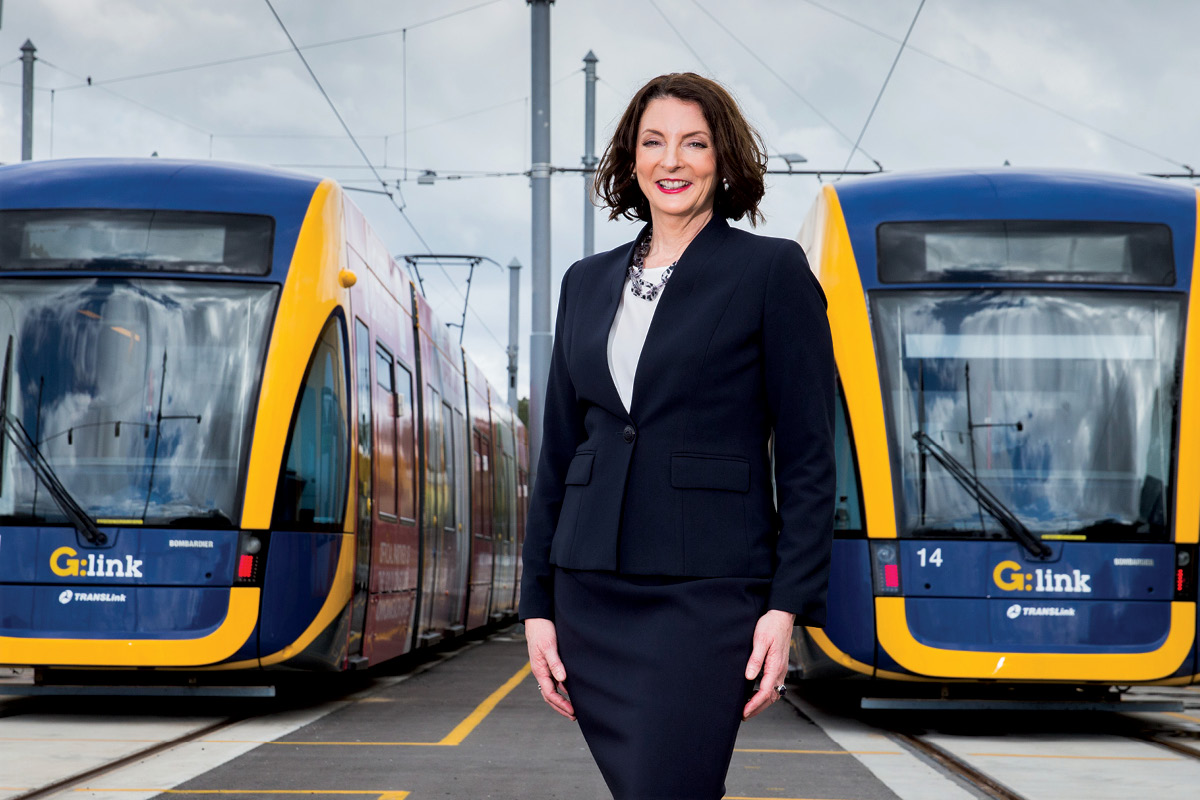 As if channelling the great Darrell Eastlake, Loretta Lynch declares the Commonwealth Games “will be huuuuuge!” albeit in a higher tone and at a less ear-piercing volume. “It’s going to be such an exciting time to be around the Gold Coast. I can’t wait,” she grins.

Neither can preparations. The opening ceremony is scheduled for 4 April, and every aspect of the sporting spectacle needs to be planned to infinitesimal detail long before the roadshow hits the Glitter Strip. This of course, isn’t news to Loretta, Managing Director of Keolis Downer Gold Coast, which operates and maintains G:link on behalf of GoldlinQ since operations began in 2014.

“The Commonwealth Games will be the largest event we’ve seen here for some time, and there will be 11 days of very busy transport activity as a result,” she tells The CEO Magazine. “We will be doubling our workforce to more than 400 people and more than doubling our services to deliver the volume of people-moving required.”

While it will be an unprecedented challenge, Loretta insists the tram network has shown it can cater to demand of that degree. “We already deliver for the Gold Coast 600 V8 car race each year,” she reasons. “Over those three days every October, we’re dealing with numbers similar to what we’ll see at the Games. The difference is, instead of three days, we’ll need to sustain it over 11, but we’re extremely confident of doing so.”

She has every reason to feel assured too. Keolis, one of the world’s leading providers of mobility solutions and majority owner of Keolis Downer, has extensive experience managing the logistics of major sporting events. And Loretta has enlisted the counsel of some of the company’s most astute leaders to ensure every base is covered. “Keolis has a proud history of delivering for events like the Olympics and Euro [football] championships. So we’re using the lessons learned, and experts from those activities have been in touch with us and even visited us to ensure our plans are as robust as possible.”

It’s a great example of the collaboration within the Keolis network. “Knowledge transfer is important for any international company, so they’ve implemented quite sophisticated electronic tools to allow sharing in communities,” Loretta continues. “When it comes to something like the Commonwealth Games, we posted to the operations community, asking, ‘Who’s been involved in a big event? Who could help us peer review our plans?’ and ‘Who would like to come and visit?’ This sharing of resources has been invaluable in our preparation, and it fosters fresh thinking and innovation.”

“This sharing of resources has been invaluable in our preparation, and it fosters fresh thinking and innovation.”

It is beneficial too that Loretta makes fact-finding missions a priority. The Keolis Downer Gold Coast chief has visited comparable tram systems in Bergen (Norway), Nottingham (England), Bordeaux (France) and of course Melbourne. The leadership team is also invited to annual conferences in Paris, where Keolis is based, to engage with CEOs and other thought leaders – the same people who introduced the company’s annual benchmark evaluation, which allows subsidiaries to measure themselves against their peers.

The beauty of the system, according to Loretta, is that the categories all align to the focus of ‘thinking like a passenger’. “Having worked for a number of multinational companies, it’s the most elegant review system I’ve come across. All the activities we are graded on have the aim of delivering world’s best practice in passenger transport. It aids your planning and budget setting for the next year too, as you ask yourself what projects can be undertaken to improve in certain areas.”

Keeping in tune with the passenger focus, G:link regularly surveys the public, engaging through social media (including the My G: app Loretta’s team developed), and sending managers out to meet and greet commuters on platforms. “We refine our action plans according to the feedback, and I can honestly say we receive overwhelmingly positive feedback. Trams are clearly the most popular form of transport on the Gold Coast.”

Loretta was promoted through Downer, the other half of the joint venture behind Keolis Downer. She has an accounting background largely in the mining sector, and has held commercial management positions at Leighton Contractors, Macarthur Coal and Downer before the engineering giant made her point woman at G:link.

“There has been a learning curve in terms of how I lead a team from an industry that I haven’t been a part of before, but the rigour of the processes I learned at Downer has definitely helped shape my expectations of our people,” she explains. “The transition hasn’t been that difficult because we have an engaged, young-mindset workforce, who love innovation, love change and really want to do a good job.”

“We have an engaged, young mind-set workforce, who love innovation, love change and really want to do a good job.”

Downer clearly saw those same traits in Loretta. “I might not have put my name forward for this role if it wasn’t for the support of the company,” she reveals. “The CEO and the Chair gave me great encouragement to do this, and I think it’s so important for people to remember that sometimes the talent needs a bit of encouragement. I have worked for really good leaders, and I’ve had some amazing executive coaching as well. The leaders I try to emulate aren’t always the smartest people in the room and often don’t have a high profile; they just take an interest in their team.

I want people to know that their efforts are being noticed and their career goals are important. Success, for me, is having the people who work for me take on new opportunities, get promoted and get all the new opportunities they want.

“I really love the industry because at the end of the day we know that we’ve helped. Whether that’s getting people to work, uni or around the coast while on holiday, we are getting people to where they need to go.” And come 4 April, Loretta and her team will be helping people travel between venues to see some of the world’s best athletes. 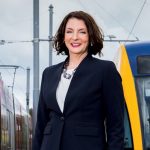