The sheer size of India’s railway network is staggering. Over 21,000 trains navigate 68,000 kilometres of track, carrying eight billion passengers and 1.2 billion tonnes of freight a year between 7,325 different stations. Indian Railways has over 1.25 million staff, making it the eighth biggest employer in the world. It also generates US$28 billion in annual revenue.

Even more, India is now one of the world’s biggest exporters of railway infrastructure and rolling stock, growing by more than a third from 2010–2019 to US$635 million. So it’s no wonder that Manoj Kumar Krishnappa, currently Director and Head of Hitachi Rail STS India, didn’t take very much persuading when he was offered the chance to not only play a major role in the sector, but to disrupt it through innovation on an impressive and suitably grand scale.

After a career as a professional cricketer, proudly representing his state Karnataka in all levels of age groups, he had worked his way up through the aerospace industry, but had itchy feet to try something new. It was 2010, and he was working for the commercial arm of a German company called Brown & Sharpe, handling the technical service and software for fighter aircraft and helicopters in the Indian market. “I got to know how the Indian government operates,” he says.

“I’d been in the trade for 10 years and had worked across the whole business in technical support, software development and business development. That’s when I was approached by an organisation that extends system and service support to Indian Railways.

“When the pandemic hit, we had to keep the wheels of the train moving even when there was a lockdown because they are so essential,” Manoj says. “The freight trains were transporting oxygen containers, emergency medical equipment and other supplies. Our main focus had to be the safety of our colleagues. I made it very clear that none of our engineers were going to be on site for a certain number of days unless it was really critical and that everyone who could had to work from home. The second wave of the pandemic shattered us terribly. Very sadly, we had four casualties. I really have to thank so many of my colleagues for working incredibly hard to make sure we could serve our customers.”

“I thought, ‘OK, fine. I’ve done everything in aerospace, so why not try railways?’ I looked at it as a challenge, but could immediately see the potential was huge. Also the job was in Bangalore, my hometown.” When Manoj joined, the firm had extremely impressive credentials and a gleaming reputation as a technology leader. Its order book, however, was a little less than impressive.

“When I started, Ansaldo STS India was not doing great,” he recalls. “They had a few projects with Indian Railways for electronic interlocking, but we weren’t doing more than €4 million to €5 million (US$4.7 million to US$5.9 million). We had 400 people, and there simply wasn’t enough work to justify them. We were really strong on the technical side, but not as much so commercially.”

One of the problems was that its sole focus was on traditional Indian railways. As noted, this is a colossal sector, but competition for contracts was fierce so margins were extremely tight. Too many projects ended up running late or over budget, so growth strategies routinely had to be jettisoned and hastily reworked, usually resulting in profits being pared right down to the bone.

I wanted Hitachi Rail STS to be a leader in the metro networks that more and more cities were adopting.

Manoj soon identified two areas where there would be potential to take it to the next level. The first was to elevate the company into international markets. As raw materials and labour were both relatively cheap in India, its tenders were likely to be competitive. The second was to go after, perhaps, the fastest-growing railway market: driverless metro.

“I wanted Hitachi Rail STS to be a leader in the metro networks that more and more cities were adopting,” he says. “For some reason, we had never ventured into that area, but newbies like Siemens had. Even though they had entered quite late, they had still managed to achieve some success. “In the end, that’s what prompted me to join – the chance to bring some change to the organisation by winning a metro. I concentrated all our energies to make it happen. We still had our railway contracts, which brought us a guaranteed income, but it just was not enough to keep the business going strong for the next 10 or 15 years.”

The strategy worked and Ansaldo STS India won the contract to do the Kolkata Metro by a wide margin. Then, in 2014, it won one of the biggest turnkey metro projects in India, Navi Mumbai. The company was to oversee everything from signalling and telecommunications to automatic fare collection, track work and even rolling stock. “It gave us an enormous boost,” Manoj says. 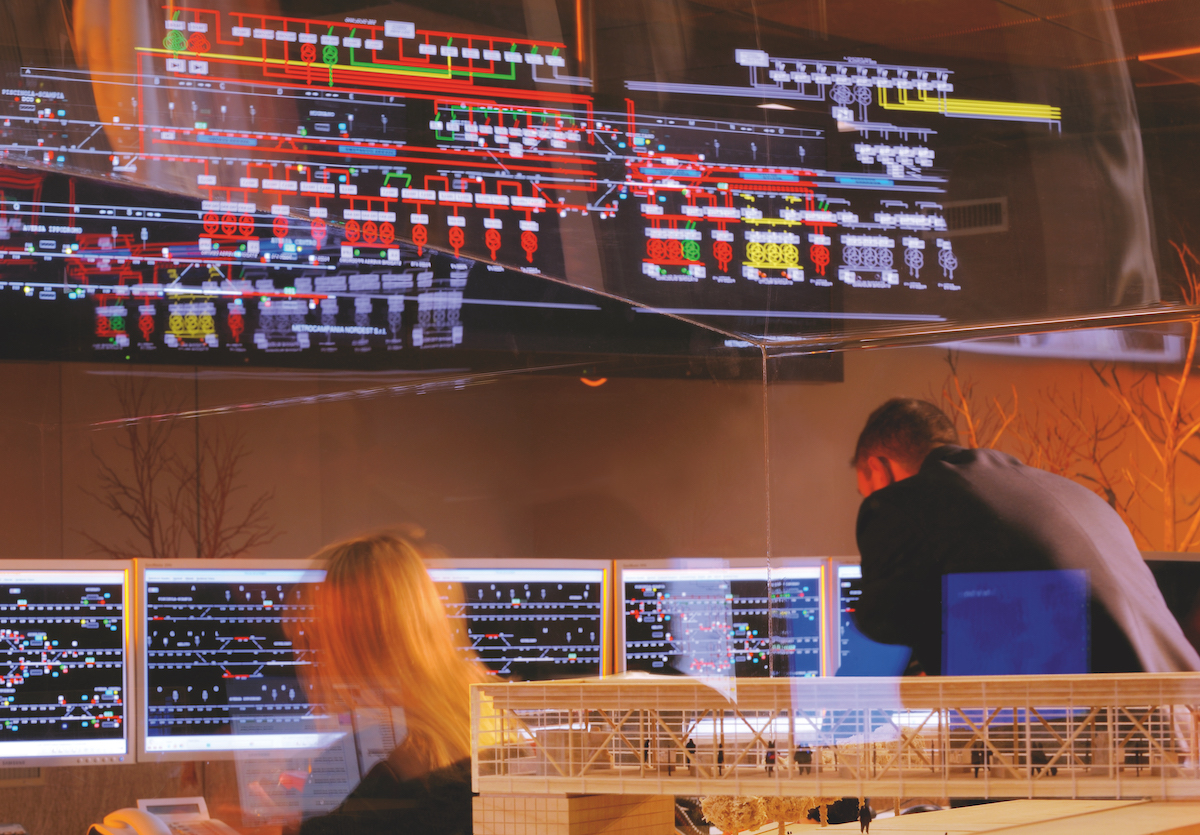 “Suddenly people were calling us a force to be reckoned with in metro. We actually won it very comfortably, and it’s being built now. That was the time when my global bosses said, ‘Wow, this guy can really deliver.’ We were performing incredibly well.”

In 2015, Ansaldo STS India was bought by Japanese conglomerate Hitachi Rail STS, which also had an esteemed history in railway building. It had produced its first steam and electric locomotives in the early 1920s and, 40 years later, supplied the famous Shinkansen ‘bullet train’ in time for the Tokyo Olympics. Since then, it has expanded into several international markets, including the UK and Italy.

Safety is something we never compromise on.

The new company, Hitachi Rail STS, was headquartered in Genoa, Italy and had major mass transit, high-speed rail and freight-rail projects all over the world. Crucially for Manoj, it had also built driverless train networks in Copenhagen, Rome, Milan, Riyadh, Taipei and Honolulu. Over half of all high-speed rail lines worldwide (excluding Japan) used the company’s signalling.

“I started bringing in new technology from our global operation. We were at the cutting edge in terms of signalling, and I wanted to showcase it to Indian clients,” he explains. “Because loads of cities wanted a metro, opportunities were opening up for us left and right. People soon learned that we offered the lowest lifetime cost and the best quality, so we quickly became the preferred vendor.” But, despite having by far the most advanced technology for every aspect of each project, getting deals over the line could still be tortuous.

“They could see we were the best, but even today, it’s a big challenge. And we don’t actually win many metro contracts,” Manoj says.

“You see, in India, not everyone is interested in quality or even long-term cost savings. It all comes down to price, and they go with the lowest bidder, even though it’s pretty obvious that the project will not be completed on time. Nothing is in India. But quality matters to us, so we’re not going to cut corners and deliver a substandard product. Being a Hitachi company means we can pick and choose the projects that are right for us. Safety is something we never compromise on. Because, at the end of the day, we are playing with the lives of the passengers and the stakes are simply too high.”

Fortunately, there have been plenty of cities and local railway authorities who recognised that Hitachi Rail STS was the smart choice.

Another major undertaking was to modernise the outdated signalling in Asia’s largest station, Kharagpur, where an astonishing 473 trains can pass through on a single day – around one every two minutes from 5am until midnight. The station’s other claim to fame is the world’s longest platform, an exhausting 1.36 kilometres from end to end.

On the right track

“Just look at the Noida Metro. It was 21 stations along just under 30 kilometres of energy-efficient track, and we completed it in 28 months,” Manoj shares. “I don’t think any competitor has ever achieved such a feat anywhere in the world. We also took on 400 kilometres of auto block signalling (track management to ensure trains travel at a safe distance from each other) in Ghaziabad and Kanpur. And the fastest train in India, the Gatimaan Express, runs on our technology between Delhi and Jhansi at speeds of up to 160 kilometres per hour. We’re very proud of that, and the fact that we also built India’s only monorail.”

Installation and maintenance of signalling is the area where Hitachi Rail STS leads the field by the widest margin. In the coming months, it’ll have set up its 1,000th Microlock commissioning of stations on Indian Railways, a computer-based signal interlocking system to monitor the positions of all trains, using a particular length of track.

Over 600 of those were in the last five years alone. Its nearest competitor can boast only roughly 400 stations. “It’s a marvellous achievement for Hitachi, and we are bringing in updated versions all the time,” Manoj shares. “Now we have the latest automatic train stop system where a locomotive is brought to a halt if the driver doesn’t respond to signals, the track is broken or another train has broken down.”

All future projects will be built using a new technology called communications-based train control, which controls messaging between the driver and signal points, so movements can be detected more accurately. Instead of dividing the track into discreet blocks protected by signals, CBTC employs moving blocks to cover each train and measure direction of travel, speed and distance between locomotives, and also deal with any unexpected circumstances. It means that more trains can use each track, which thereby increases capacity. It’s a technology that has been used quite successfully on the New York City Subway, Madrid Metro, Beijing Subway and also on the London Underground.

Hitachi Rail STS also utilises the Optimising Traffic Planner, which has transformed timetables across the world simply by running detailed arrival and departure information through an automated logistics engine to not only find ways of increasing the number of trains that a single line can manage, but also to achieve faster average speeds as well.

Last year, such industry-best procedures led to an astonishing 18 billion journeys worldwide being completed using Hitachi Rail technology. Its 4,327 employees helped it achieve revenues of around €1.5 billion (US$1.8 billion). For Manoj, spearheading innovation in the digital space has been key and has included the support of the major government initiative Digital India, which is a scheme to accelerate online engagement across multiple industries. 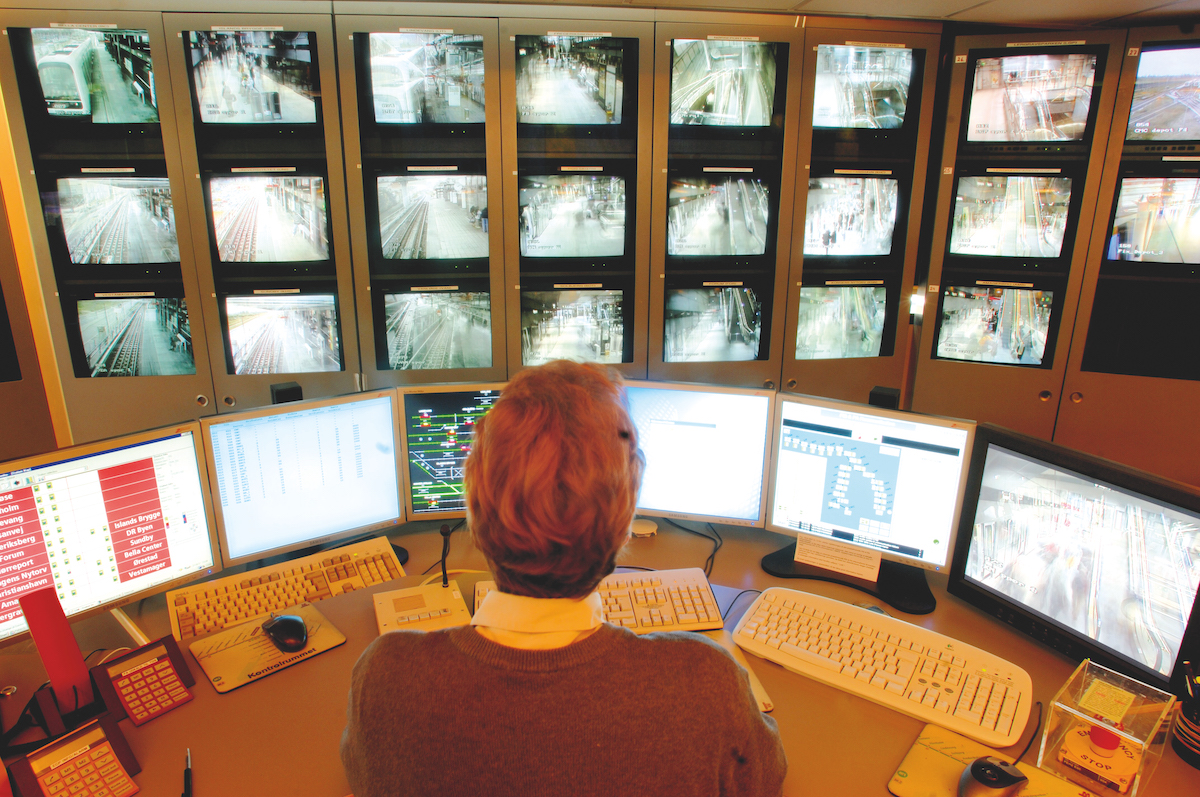 Another project that ministers have been pushing hard is Make in India, which encourages both domestic and international companies to manufacture their products in India. But, that’s not an area where Manoj required any such encouragement.

“We are proud that all of our components for the products we send to Malaysia, Australia, Sri Lanka and Bangladesh are completely designed and manufactured in India,” he says. Today, the company is unrecognisable from the one Manoj inherited just a decade ago. All the potential he identified has been turned into reality. In the parlance of his former career, he’s hit every ball he’s ever been bowled out of the ground. 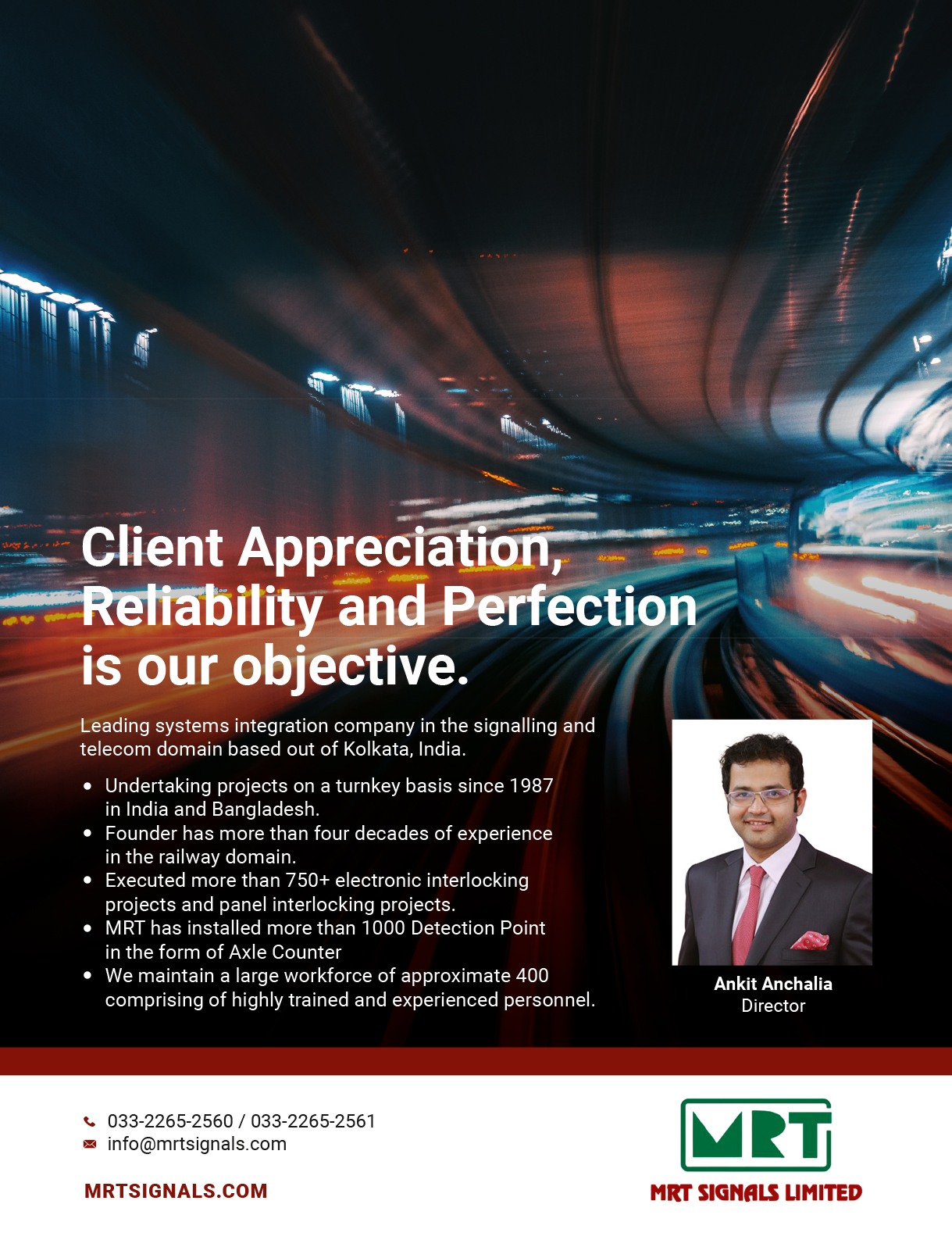