“Journey of a lifetime.”: Matt Cole A “whirlwind” is how Matt Cole describes his last two years at Cubic Transportation Systems (CTS) – and the Big Apple was at the epicentre of it. “It all started when we won the New York project,” he reveals.

That moment was in late 2017, when the city’s Metropolitan Transportation Authority (MTA) awarded the San Diego-headquartered company the contract to replace its MetroCard with a contactless payment system akin to London’s Oyster card, another game-changing CTS project.

Since his decision to leave the company in January, Matt has had time to reflect on what was a challenging but rewarding flurry of activity over 17 years – which he wouldn’t have missed for the world.

He describes his decision to leave as “inevitable… that the day would come when it was time for me to leave; but on this crazy, wild, fun and, in my opinion, very successful, journey, that didn’t often occur to me. I simply knew that one day it would feel like the time had come and that would coincide with the right opportunity to continue my journey elsewhere.”

This is the third time in almost as many years that The CEO Magazine has spoken to Matt, who also held the title of Corporate Senior Vice President at parent company Cubic Corporation.

“We’re seeing the world between big technology companies and our market start to blur, and therefore a lot of our focus is on relationships in this space.”

But, rather than repeating the same narrative, the first two interviews were case studies in the evolution of a strategy, as we looked back on his tenure at the company for the third.

“Our interviews have covered a three-stage journey,” he reflects. “First the vision and strategy, then the implementation and execution, and now the transition to a new strategy and succession.”

The pivot of our conversations has previously been NextCity, a strategy Matt formulated during his time in Sydney, Australia, where he was based to lead the company’s tender for what would become its Opal card payment system. 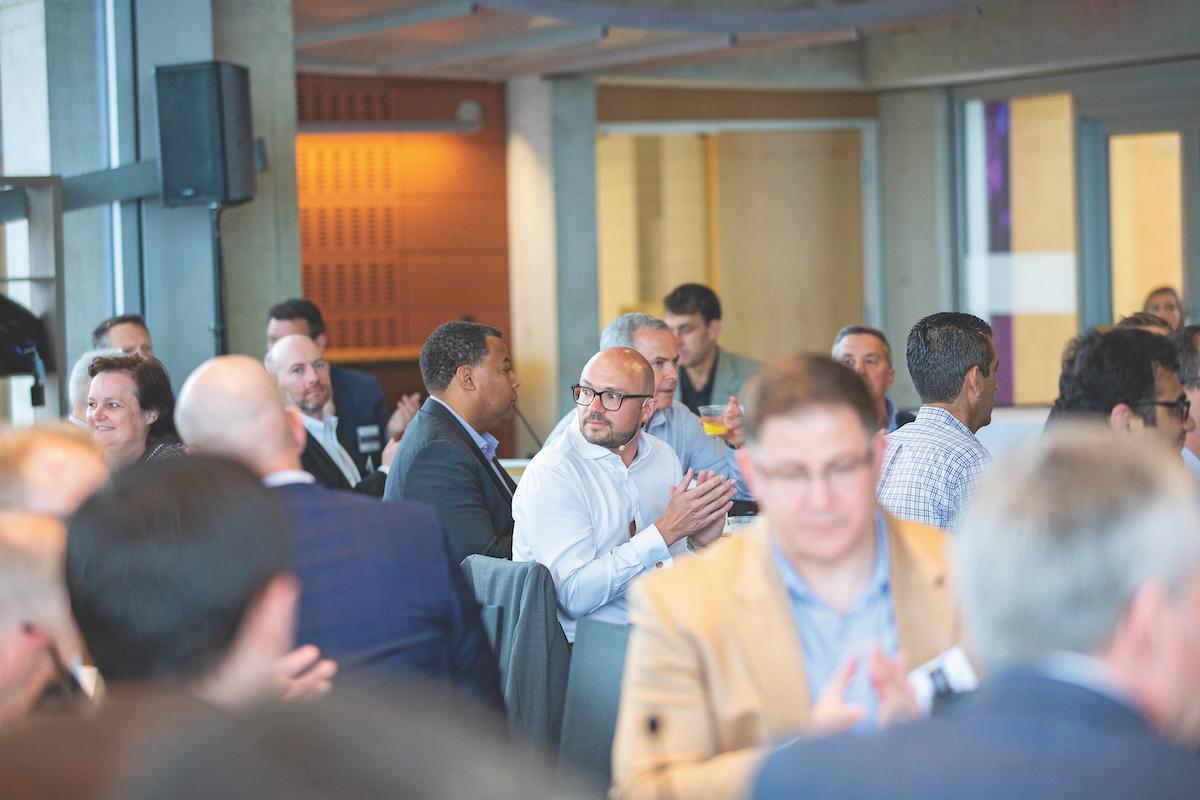 NextCity envisages all of ground transportation integrated through a common payment account with data-driven services that provide predictive and personalised information to travellers, and tools and applications that allow cities to optimise the flow of people and goods.

In the transit payments world, and in the payment world in general, New York is it. It’s the biggest prize out there, according to the former Cubic President, who had been with Cubic since 2003.

The ‘city that never sleeps’ may have an around-the-clock public transport service, but its swipe ticketing system was more than 25 years old. Matt recalls that, at the time of the announcement, the base contract was worth US$539.5 million (€485 million), with options of US$33.9 million (€30.5 million).

“It was obviously a significant event for us – one that kickstarted that incredible year,” he explains. From there, wins in Boston and Brisbane followed, as well as contracts for an intelligent congestion management program in Sydney and a new payment system in the San Francisco Bay Area.

With late 2017 and 2018 a period of major contract wins, he calls 2019 a year of milestones: first, Apple CEO Tim Cook announced a partnership between the two companies, starting with the upcoming virtualisation of Chicago’s Ventra transit cards into Apple Wallet, which Matt describes “as an upcoming exciting and significant enhancement to the customer system”.

Then, at the end of May, New Yorkers finally met their new metro and bus fare payment system. Called OMNY (One Metro New York), it comes complete with innovations such as EMV chips and near-field communications for added security and convenience.

“It’s a really big deal for the city, as prior to this, it was a pretty slow transaction,” he says. It was also an important celebration for the company. “That was a major launch of a major project on time and on budget. It had been tremendously successful.”

The pilot, which was first rolled out across 16 stations on the Lexington Avenue line as well as buses originating from Staten Island, has exceeded all expectations.

Not only has the MTA more than doubled its predictions in take-up (the system is expected to be available in all 472 stations and MTA bus routes by the end of 2020) but, in a country notoriously slow to adopt tap-and-go technology, the product is also driving the penetration of contactless cards into the broader retail space. 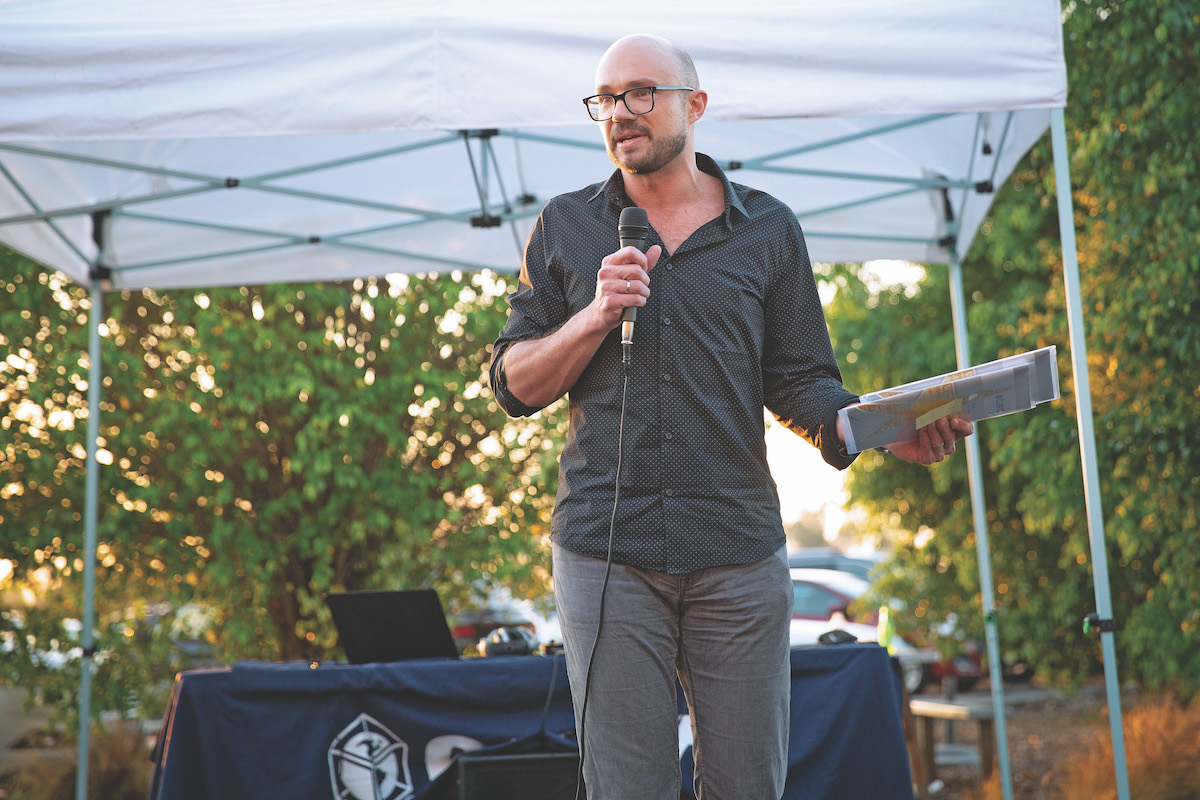 “In the US, the payments industry has really lagged the rest of the world,” Matt explains. “The banking system has been much slower to issue contactless credit and debit cards and, therefore, the merchants have been slower to put in place the terminals to accept them.”

Describing the scenario as a chicken-and-egg problem, he says the success of OMNY has broken the cycle. “The banks are issuing cards at a very fast rate and merchants are starting to equip their terminals with contactless acceptance.

“Not only is the OMNY system transforming the experience of the transit system in New York but it’s also likely to transform the payments experience of retail across the United States of America. That’s something I told my team that they should be proud of,” he enthuses.

Matt recognises that Cubic’s business is sitting in a sweet spot, a position fuelled by current social trends, and with the successes of his strategy now behind him, makes it a great time to transition the business to new leadership and the next-generation strategy.

“To be honest, we were fortunate in that the transit payments industry has a tailwind,” he acknowledges. “Cities are becoming more congested as people migrate from rural areas into urban centres, which means the demand for transportation infrastructure is greater, as is the need for technology,” he explains.

Running parallel to this is everyone’s increasing dependence on smartphones. “People are getting used to a proactive and on-demand customer experience, which requires the transportation industry to think more about how it applies technology in the transportation domain. For Cubic, that is great,” he points out, but adds that this led to a particular challenge.

“Because the company won all that work, the business has had to scale up at a very fast rate and execute across a lot of projects simultaneously, which is a very nice problem to have, but was hard to overcome too,” he admits.

“Not only is the OMNY system transforming the experience of the transit system in New York but it’s also likely to transform the payments experience across retail across the United States of America. Which is something I continually tell my team that they should be very proud of.” 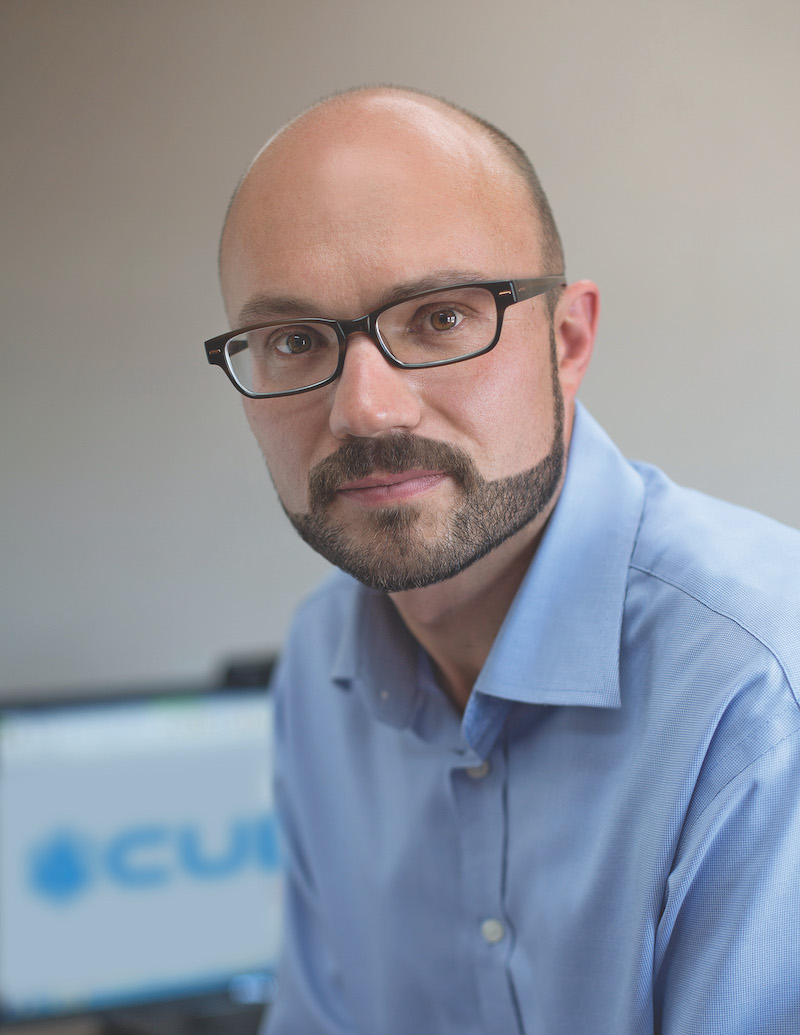 Along with organic successes, two recent acquisitions also strengthened its NextCity vision: Trafficware, an intersection management technology business that detects traffic volume to optimise flow; and GRIDSMART, which uses a single fish-eyed video camera above the intersection rather than ground sensors to achieve a similar result.

The latter, he says, brings one strong advantage. “Not only can you see what’s happening in each direction but you can see what is going on in the intersection itself, which offers valuable insights that cities without this technology lack,” he explains.

Cubic’s traditional partners, such as urban intelligence agency Flowbird, continue to be vital to the overall strategy of the company, but Matt reveals that the past few years have also brought a strengthening in relationships with payment and technology companies.

“Our alliance with Mastercard became deeper as a consequence of the many projects we worked on with them,” he explains. Then there’s that Apple partnership to consider.

“Cubic is starting to see the world between big technology companies and its market starting to blur, and therefore a lot of its focus is on relationships in this space.”

“Cubic is starting to see the world between big technology companies and its market starting to blur, and therefore a lot of its focus is on relationships in this space.”

It’s been a year full of memorable achievements both for Matt and the company, but he is sure that CTS is yet to reach top gear. “We won the contracts and have begun delivering them, but there is more to come in completing the systems that underpin the company’s vision,” he says. It’s the first part of a new five-pronged strategy he developed and is now transitioning to new leadership.

“From there, Cubic’s second priority should be to realise all the benefits we originally envisaged with NextCity,” he continues. Third in line is growing its presence in the traffic and congestion management domain, including congestion charges, through both “organic and inorganic investments”.

In London, it’s the Oyster card. In Vancouver and San Diego, it’s the Compass card. Head Down Under and Sydney has the Opal card, while Brisbane’s Go card allows travellers to go places in South East Queensland. Now, in New York, OMNY has entered the vernacular and we have Cubic Transportation Systems to thank for all of them.

International expansion was the fourth part of the plan; Matt acknowledges that he would like CTS’s strength in English-speaking countries to be replicated in other markets.

“And then Cubic’s fifth priority, which I thought was probably the most exciting, was to work on what we called NextCity 2.0, or the NextCity vision based around a platform of products,” he continues. In its current incarnation, customers are buying their own system, which the Cubic team is then responsible for its ongoing operation. “The challenge with that business model,” he explains, “was that it’s not scalable to smaller agencies”.

Rather than a framework built for its customers, Cubic is designing the next-generation NextCity as a multi-tenant system for the company itself.

“I’m sure the company will offer that system to agencies of any size on an as-service model, which will make the NextCity vision scalable to every city of every size, anywhere in the world,” he explains.

And that, he adds, was the long-term goal. It’s unfortunate that he won’t be part of the team bringing it to fruition, but he has every confidence that his interim successor, Laurent Eskenazi, who is the former Senior Vice President and Managing Director of CTS EMEA, will guide the Cubic team to a successful conclusion of the project. 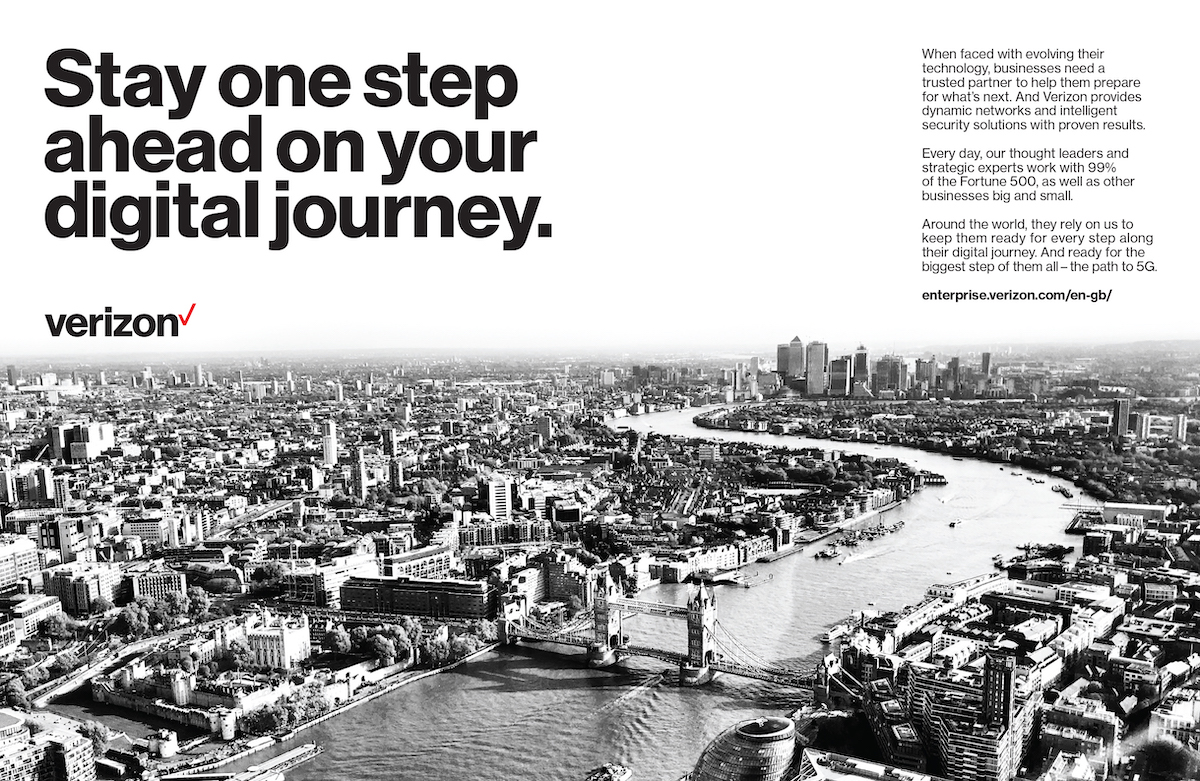 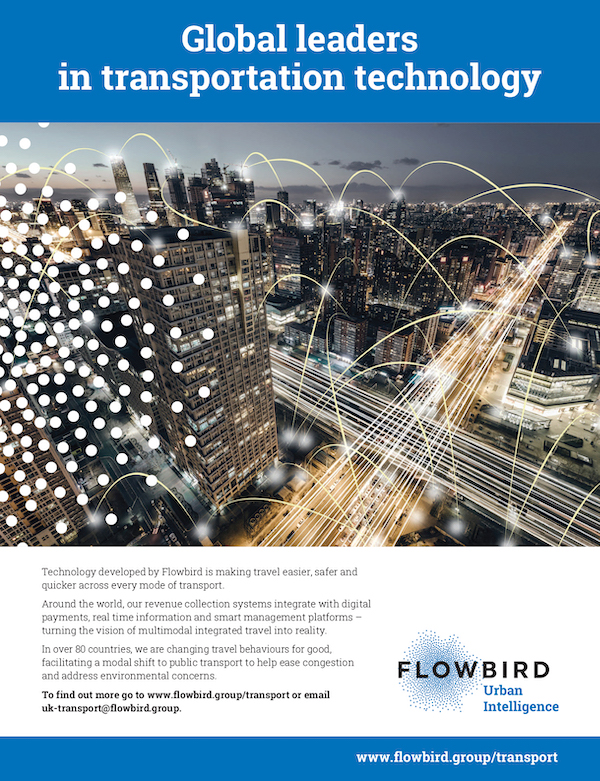