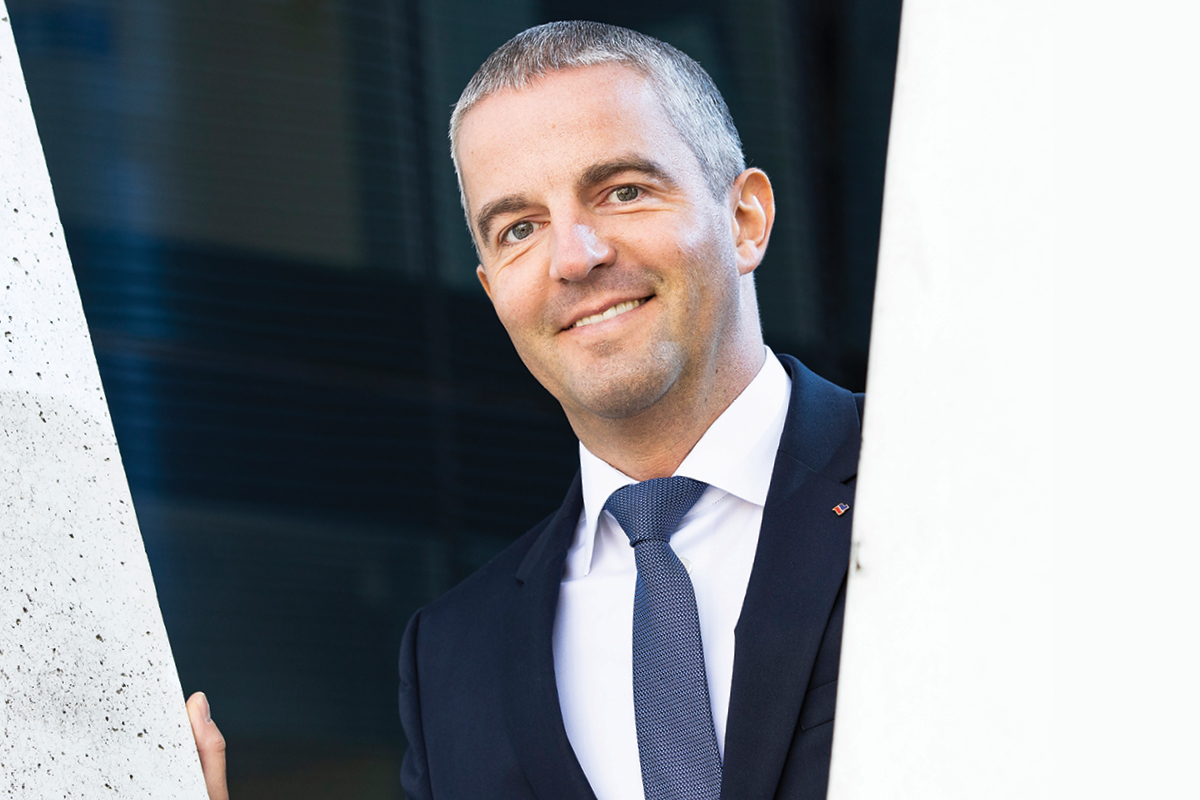 Disciplined, agile and dynamic are a few words to describe AS Tallink Grupp CEO Paavo Nõgene. But before becoming the head of the largest shipping operator in the Baltic Sea region, and prior to serving as a government official – he was a former Secretary General of the Estonian Ministry of Culture – Paavo managed Estonia’s largest theatre company, Vanemuine.

“I started there as the lighting assistant and I finished there as the General Manager, running the theatre,” he says. Fast forward a number of years and Paavo found himself on the other end of a phone call with the Chairman of Tallink’s supervisory board, Enn Pant. “He asked me if I was interested in joining the Tallink team as CEO,” says Paavo.

When asked why he was approached to join, Paavo says it’s because Enn knew that Secretary Generals are people trained to reach targets. “Whether it’s a political target placed by the government or a private sector target placed by the supervisory board, there’s no difference,” he says. “People in this role are trained to reach targets, and to find the most efficient ways to achieve those targets.”

Upon receiving his invitation, Paavo asked what the group was looking for in its next CEO. The response was quick: development. Main stakeholder Infortar, a private investment company, wanted someone who would not only bring fresh perspectives to the company, but also find new ways to develop, grow and, most importantly, expand in the Baltic Sea, other seas and onshore.

Paavo took that on board and began opening Tallink up to new possibilities and routes. “We already have our onshore hotel business, which operates in Tallinn and Riga, with more openings planned for the future,” he says. “We want to bring the competence we have on the sea to the shore.”

Under Paavo’s leadership, the company has recently signed a new contract to build a vessel that runs on liquefied natural gas (LNG). “For us, it’s important to be green,” he says.

“That’s why, two years ago, our first LNG vessel, called Megastar, started operating between Tallinn and Helsinki. We are now building the second vessel, which will be ready in 2021. We will continue to build new vessels for the future. We have ideas, ambition and the possibility to invest.” 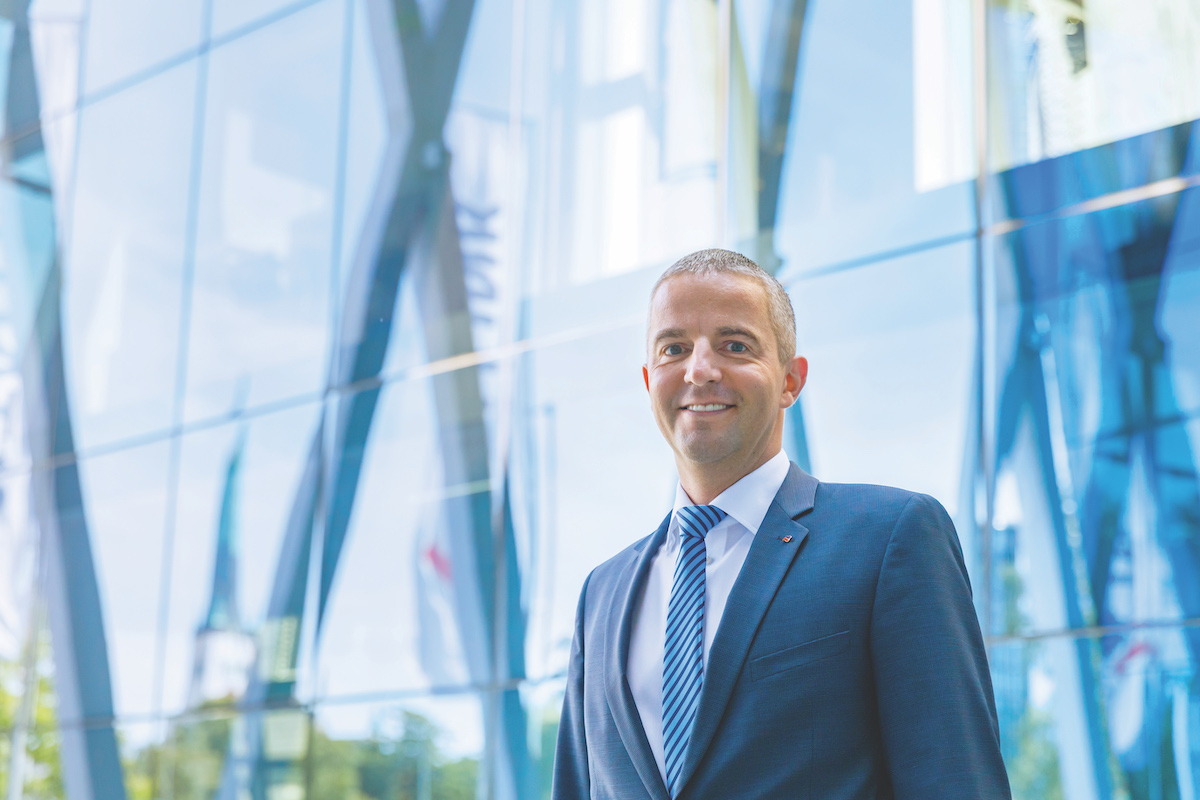 Paavo is a people person and a big believer in the power of teams. He recognises that Tallink’s growth in its 30 years of operation could not have been possible if it weren’t for its employees. “One of the biggest differences between Tallink and its competitors is our people,” he says.

The company has 7,200 employees, and in the summer months that number increases to more than 7,500. “I believe that if you are a customer service oriented company, achieving your targets will depend on your people,” he says.

“I believe that if you are a customer service oriented company, achieving your targets will depend on your people.”

“We have received several awards in Estonia. But this can only happen because of our employees. All employees contribute to making Tallink a strong company. All of them have helped build Tallink.”

Tallink has grown quickly over the past three decades, with 14 vessels carrying close to 10 million passengers along seven routes. The company’s revenue in 2018 was €950 million.

Part of that growth is down to Tallink’s thousands of suppliers. “Long-term relationships with good suppliers and partners help us to offer the best possible experience to our customers,” Paavo says.

“Long-term relationships, good suppliers and good partners help us to offer the best possible experience to our customers.”

Today, Tallink is the biggest company in Estonia by revenue, according to Paavo, with “1.3% of Estonia’s GDP coming from our shipping company”.

Paavo proudly shares the news of Tallink recently being named one of the most attractive employers in Estonia in the private sector. The goal for next year is to take first place overall, he confirms. “Tallink is here to grow,” he continues. “We are looking for possibilities to bring our excellent service to other seas around the world. We want to be a pioneer in different fields. 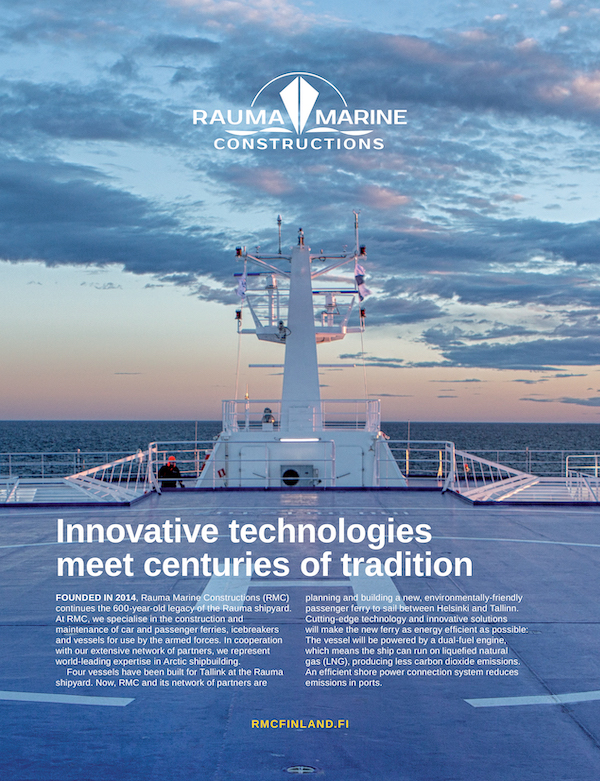