“Having happy customers has always been our goal.”: Patrick Verwer For most people, the path to becoming head honcho does not include a stint in law enforcement. But for Patrick Verwer, it did. “When I was a senior officer in Rotterdam, I was involved in a project dealing with drug-related crime. It was based around the central train station of the city, so I became very familiar with the people from the railway company. When they offered me a job, I thought, why not?” he recalls. 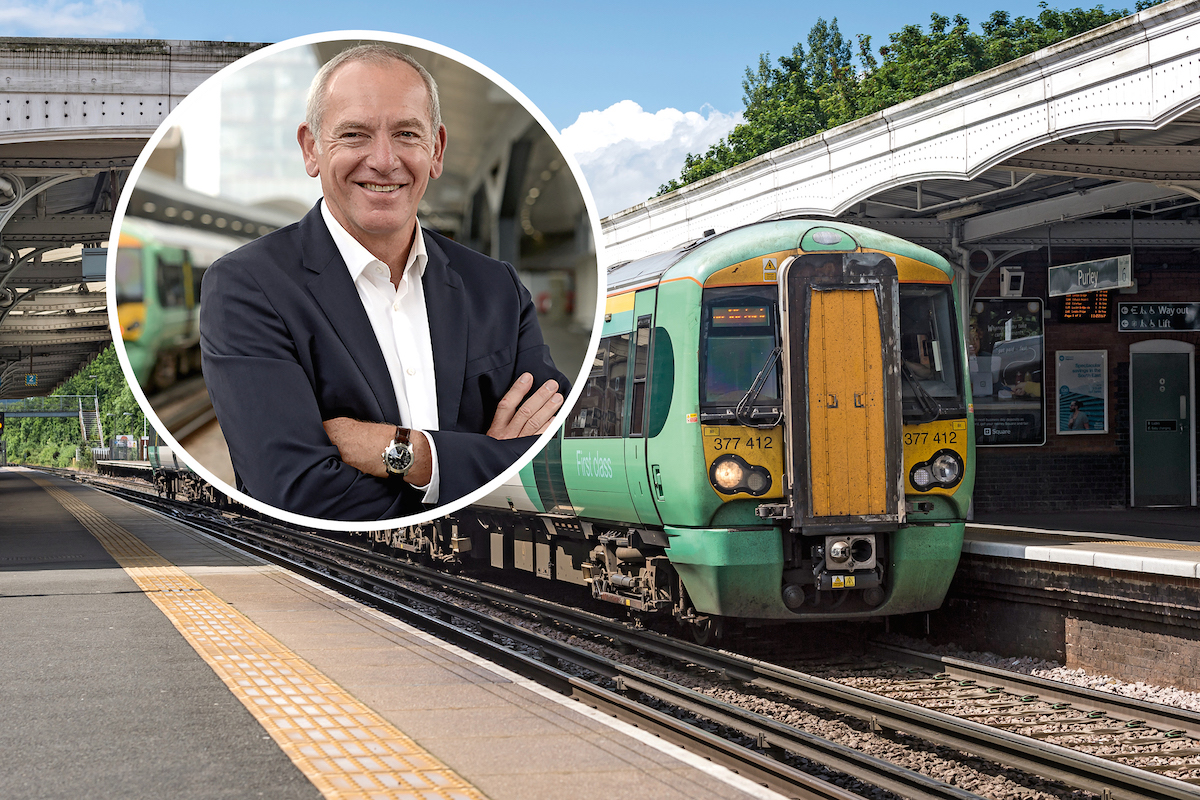 This represented Patrick’s first entry into the transportation sector, which he hasn’t left since. Now, 20 years later, he is at the helm of Govia Thameslink Railway (GTR) as CEO. But while one can take the man out of public service, one can never take public service out of the man.

Patrick believes that the transportation sector is not dissimilar to law enforcement. “Ultimately, both jobs are about motivating a team of people to deliver a good service to the community,” he says.

“What I like about railway companies is that they have a very critical and vital role in getting people to work and children to school, or transporting people to their holiday destinations and on daytrips. It’s not so much about the big network we operate, but more about the local communities that we connect and, through this connection, encourage to thrive.” 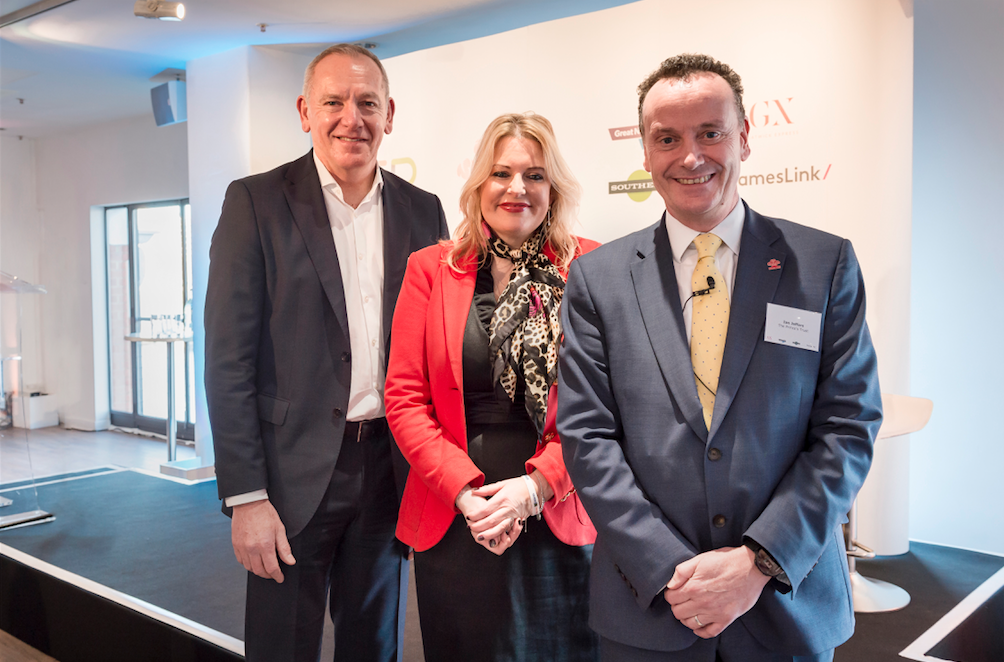 GTR’s contributions to communities don’t stop with its official services. Corporate social responsibility (CSR) projects are an essential part of its DNA. “As a company, we are very aware of our social purpose and responsibility,” says Patrick.

“We have a commitment to employment and to investing in young people, giving them opportunities to develop and progress. In line with this, we have doubled our apprenticeship target for this year to more than 300.”

The firm works closely with The Prince’s Trust, a charity founded by Prince Charles to support vulnerable youths between the ages of 11 and 30 who do not have good prospects, but are trying to get their lives back on track. In collaboration with the charity, GTR runs courses for young people who are interested in a career with the firm.

“84% of those who went through the program eventually get employment with us. It’s the highest rate that The Prince’s Trust has through similar courses,” Patrick reveals. In addition, the company also supports three main charities, which have been chosen through votes by its employees.

“Instead of having our 7,500 staff members contribute to a hundred – if not a thousand – different charities they individually feel an affinity for, we wanted to put our focus on three so that we can make a bigger difference,” he explains. 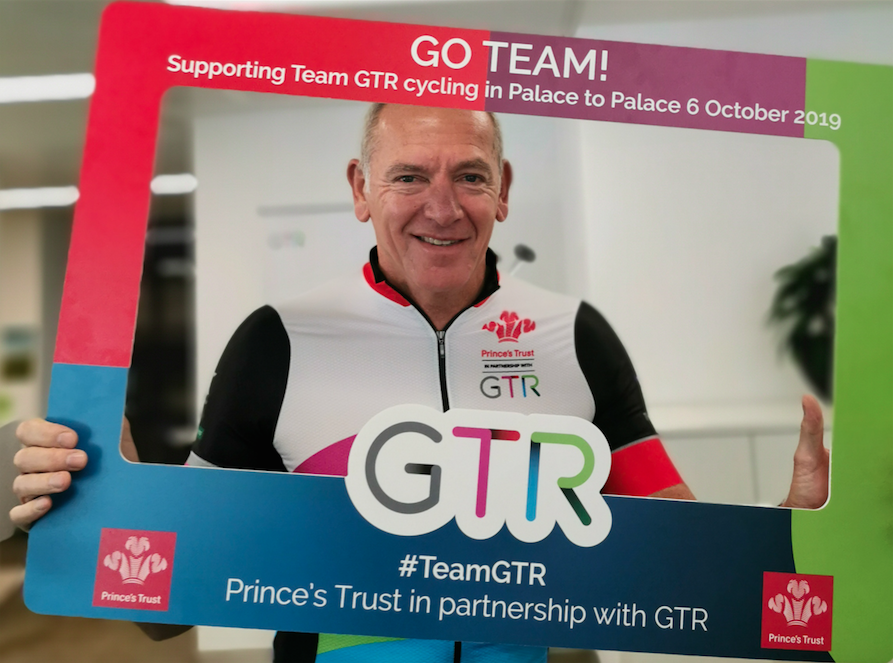 “Keep in mind the nature of our business – train stations are often right in the middle of towns or cities; they are at the hearts of communities,” he continues.

“Through their work, our staff members are confronted day in, day out, by homeless people, beggars and young people without jobs. I believe this is why some issues matter so much to them, and why it’s important to let them vote for the CSR programs they want.”

Then, there is the Adopt a Station initiative, which converts unused spaces in the stations into pop-up coffee shops, homeless shelters or art galleries. “By inviting the local communities into the stations and encouraging them to take ownership of these spaces, it also helps us manage and maintain the more remote locations in our networks,” Patrick asserts.

In the quest to engage communities, he believes there is one group in the company whose contributions have been indispensable: the frontline employees.

“I have always believed that it’s important to give the people closest to our passengers accountability, to allow them to take responsibility for the services they deliver without too much interference from those at the top.

“I help by giving support, removing hurdles and simplifying processes so that they are able to do things better and faster, and enjoy their work more at the same time. We have restructured the company to reflect that philosophy, creating a highly centralised executive team and devolving accountability into the smaller units that work more closely with our customers.”

A pillar of support

Given the GTR’s commitment to the communities it serves, it comes as no surprise that the company has taken decisive steps to protect its staff and passengers during the COVID-19 pandemic. Patrick says, “We acknowledge the importance of our role during this pandemic, having been identified as key workers ourselves. We have to keep doctors, nurses, social care professionals and the police moving, and our 7,500-strong workforce has risen to the challenge. “The first thing we did was to identify the priorities we have as a business. Most important is the health of our staff and customers, and the Chief Medical Officer has ensured that the best advice is available throughout this period. Our 400 train cleaners, on very short notice, have stepped up their cleaning regimes, using new, stronger virucides on surfaces such as grab poles, tables and push buttons. These people are our unsung heroes; their effort is outstanding. “While passenger numbers dropped significantly at the outbreak of the pandemic, we have altered our timetables to meet the needs of key workers, respect social distancing requirements and take into account the effect on our own resources. We have added around 100 early and late services. We identified what was needed by speaking to hospital trusts and also consulted rail-user groups, line-of-route members of parliament, local authorities and business contacts. “Despite the current challenges, we need to ensure that we have a sustainable business, so the £150 million (€171 million) Gatwick Airport rebuild continues with social distancing in place at the site, as does planning for station upgrades under the Passenger Benefit Fund. “This pandemic is unprecedented in modern times. What the country is doing is right for its people, and what the railway family is doing is right for its staff and essential workers. I am enormously proud of our colleagues and our partners across the industry.”

One of the main challenges GTR faces is the exponential increase in demand for railway services – a difficulty that has only been exacerbated by the firm’s limited control over the infrastructure that its trains run on.

“We have responsibility for everything that moves, such as the staff and trains; everything that doesn’t – or shouldn’t – move, we don’t have control over,” Patrick jokes.

It’s Network Rail that owns and manages most of the UK’s railway infrastructure and stations. Patrick’s team works closely with the public organisation. However, when the scale is as extensive as GTR’s is – the firm operates 25% of the UK’s train journeys – it can be daunting even with support from the best partners.

“We need to invest in infrastructure and additional capacity,” Patrick admits. But it’s a time-consuming endeavour that is not just a simple matter of putting more trains on the tracks.

“Demand on rail services only continues to rise. GTR runs 3,600 services a day across an 800-mile network, transporting 341.5 million people a year, supported by our fleet which includes 25 12-carriage Thameslink trains able to carry 1,750 people each. That adds up to many passengers coming through terminal stations in London every hour during those time periods,” Patrick points out.

Given London’s expanding economy, it’s only expected to get even more crowded. “Up to a certain point, it’s great to have growth and increasing demand. But when it stops being comfortable for passengers to travel during peak hours, customer satisfaction suffers,” he says. This isn’t an acceptable scenario for Patrick, who adds, “Having happy customers has always been our goal.”

He believes that this would become much more attainable if industry players were to join up. “We are too fragmented in our approach. Companies tend to look after their own few square metres rather than see the entire network as a whole integrated system that requires the cooperation of every operator to excel.

“The industry is still very operationally focused and I would like to see it transform into one that genuinely puts passengers at the heart of everything it does. We should always be asking ourselves, ‘What do our customers value and what can we do to make their experience better?’”

This interview was conducted prior to the onset of the COVID-19 pandemic.