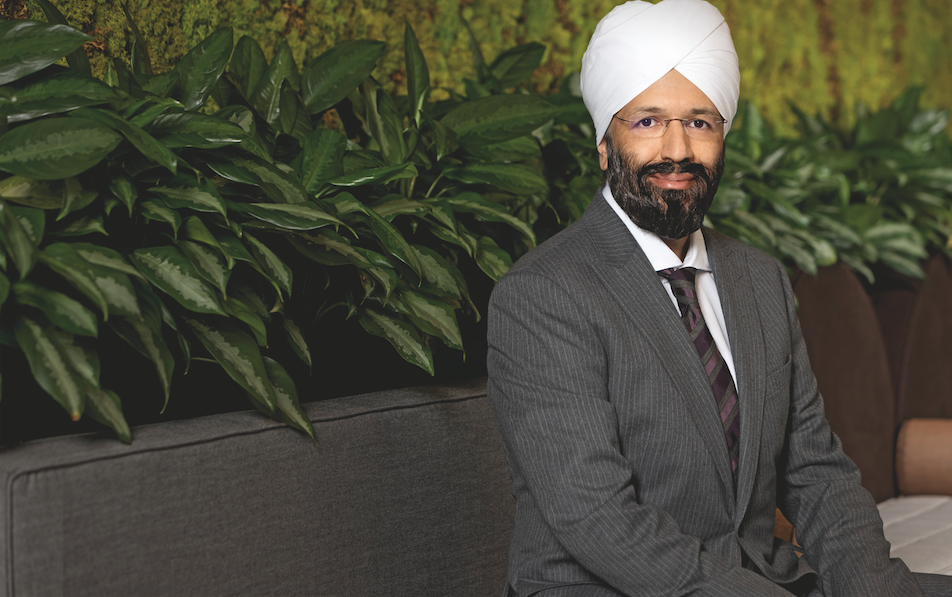 The global economy lives or dies on shipping. It is the arterial system of capitalism, the means by which we all send and receive essential goods. Witness the drama and anguish when the huge cargo ship Ever Given jammed itself in the Suez Canal a few months ago. The fly in the shipping ointment is its considerable impact on global emissions.

The division is also responsible for safety standards across the whole maritime supply chain and is driving its strategy for more sustainable transport solutions, while maintaining the lowest possible costs.

Vice President Maritime and Supply Chain Excellence at BHP, Rashpal Singh Bhatti, heads a handpicked global team of experts in supply chain, total cost of ownership and decarbonisation, and is determined to turn the division around for improved environmental performance. It is as difficult a task as turning a huge cargo vessel about, but Rashpal is keen to point out that big strides are being taken.

“We have a responsibility as an industry to make that good,” he points out. “BHP has taken very strong steps. We’re the first organisation in the world that will deliver LNG-fuelled vessels for shipping; they will arrive by January 2022.

We have partnered with Eastern Pacific Shipping. Our peers like Rio Tinto, Shell and Anglo have all followed suit, which is tremendous praise for the work we’ve done.

“Those five ships will take us to about a 30–35% reduction in carbon emissions. They will take our NOx and SOx emissions to almost zero. We’ve been very thorough in our analysis from an economic perspective of making sure we deliver value to our shareholders while making this happen. To make that a reality, we first have to get those vessels on the water, test the emissions, understand what the fuel requirements look like and make sure that the cost we’ve analysed is correct. We’re taking a prudent approach. If we can do this economically, there’s no reason why we shouldn’t take this forward and replicate it across our commodities.”

Five ships don’t an armada make, but if these first steps provide evidence of significant reductions, they could well augur an unstoppable change in maritime freight. Rashpal is not naive about its possibilities but is confident that this will be a significant step forward.

BHP’s purpose is to bring people and resources together to build a better world. We help to take many millions of people out of poverty, and urbanisation is a key part of that.

“There is no single homogeneous solution to emissions reduction economically. We know that we’re going to see quite a heterogeneous set of fuels taking us to the 2030s and 2040s to get to some homogeneity. But we’ve been in that world for so many decades when fuel oil has been the fuel of choice,” he posits.

“Now we’re moving to an era when a number of fuels will have to be used until we all, as an industry, find out which fuel is going to be the most economical at scale and takes us to zero emissions. But there’s a wonderful saying: ‘In the pursuit of perfect, don’t walk past what is good.’ LNG is a case in point.”

Rashpal has a distinguished record in the industry. He left a commodity trading job at Citibank and joined Enron in the late 1990s, involved in the coal, oil and shipping businesses. He accepted a role at BHP as a consultant, then took a permanent role with BHP in 2005. Since then, he has held a number of senior roles in the commercial environment, marketing, procurement and in his current role.

“BHP’s purpose is to bring people and resources together to build a better world. We help to take many millions of people out of poverty, and urbanisation is a key part of that,” he says. “Importantly, our commodities are now very much required for the new age of renewables. 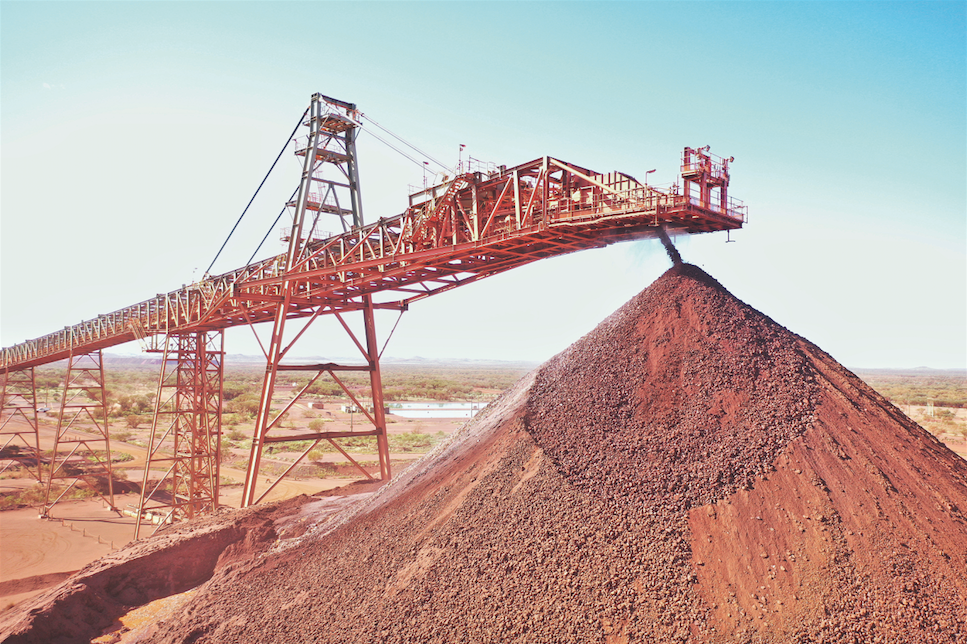 For wind, solar energy, batteries, some of the commodities we have – copper, nickel, iron ore – will be required for renewables, and we are very well placed to deliver those as the largest commodity provider in the world.”

Rashpal is also the Chair of due diligence organisation RightShip, owned by BHP, Rio Tinto and Cargill, which introduced greenhouse gas emissions ratings about three years ago.

I have the privilege and honour of being in this role, but with that comes a huge amount of responsibility.

“The industry is moving to EEXI, and RightShip will deliver vessel-by-vessel ratings, a first in the industry, so that the choice of vessel is first and foremost on the safety standards of the vessel, and then with the emissions standards of each vessel. We’re very pleased that RightShip is taking that very seriously and we’ll be implementing that this year,” he says.

Rashpal is fully dedicated to his role at BHP and points to three factors that contribute to that satisfaction. BHP does not restrict him in any way to deliver on his mandate, he says, and the responsibility he carries in the industry, with BHP’s scale and leverage, is “a fantastic place to be”.

Lastly, he is in a location at the centre of the shipping industry globally. “BHP is one of the largest box charter batch shippers in the world,” he enthuses.

“We moved 350 million tonnes of product last year. We have leverage, but we have the responsibility to deliver prominent outcomes, from an emissions and sustainability perspective, but also in safety and costs.

I would like to be known for pushing both of those fronts to deliver safety, cost and environment outcomes that leave an indelible print on the industry. And, of course, we are in Singapore, undoubtedly the maritime hub of the world. All this comes together to make for an exciting role and mandate. 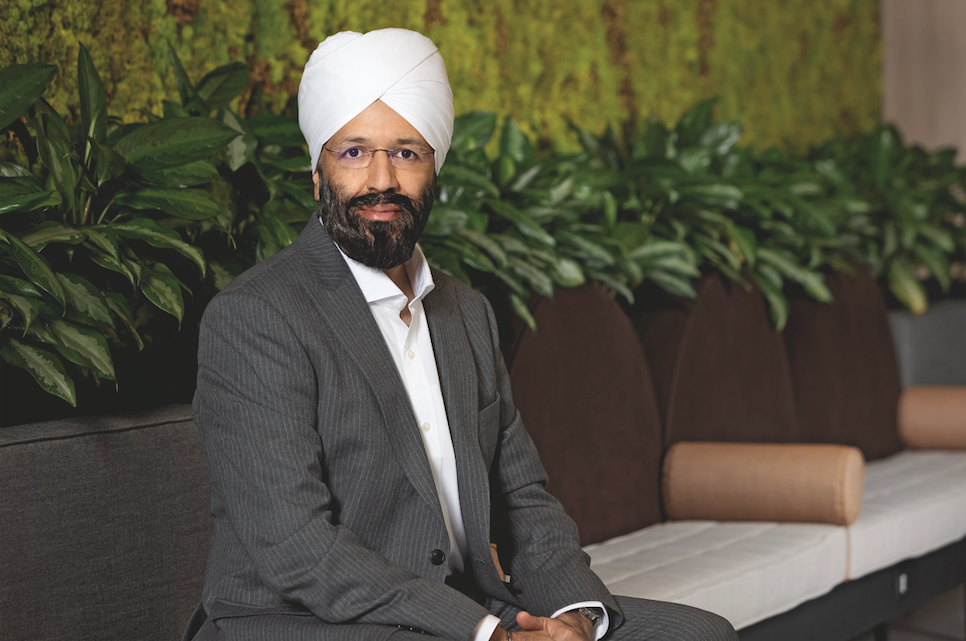 “But I also have a fantastically capable team. Because of these parameters, we are able to push the boundaries and deliver safety, decarbonisation and cost outcomes.”

The commodities sector is assured of its future, Rashpal says, because of its importance in the global economy, but also because young people still wish to build careers in it. “People coming out of university understand that commodities are a key driver to success for countries and their GDP growth,” he says.

“Those who understand that don’t think of mining as a dirty business, or a business that is not in tune with the world. They think of it as a necessity and want to work with mining industries to take us to the point where we have this fine balance between traditional commodities and how commodities will be the input into renewables and the supply chain, and how we can deliver much lower scope one, scope two and scope three emissions.

“There is also a very large innovative part in this role, which is something that attracts people to our team because they see what we’ve done with LNG with RightShip, with emissions and with being as out there as we are from an industry perspective.”

Rashpal refers to the late Professor Sumantra Ghoshal, who said in The Smell of the Place that the role of leaders is to make happen what ordinarily would not have happened if they weren’t doing what they were doing. It opened Rashpal’s eyes when he read it.

“I love that view,” he says. “That’s really stuck with me, and I feel this huge responsibility that it’s not somebody else in this role. I have the privilege and honour of being in this role, but with that comes a huge amount of responsibility. I have to make happen what ordinarily would not have happened. That is something that has stayed with me and continues to stay with me, and so far has served me well.” 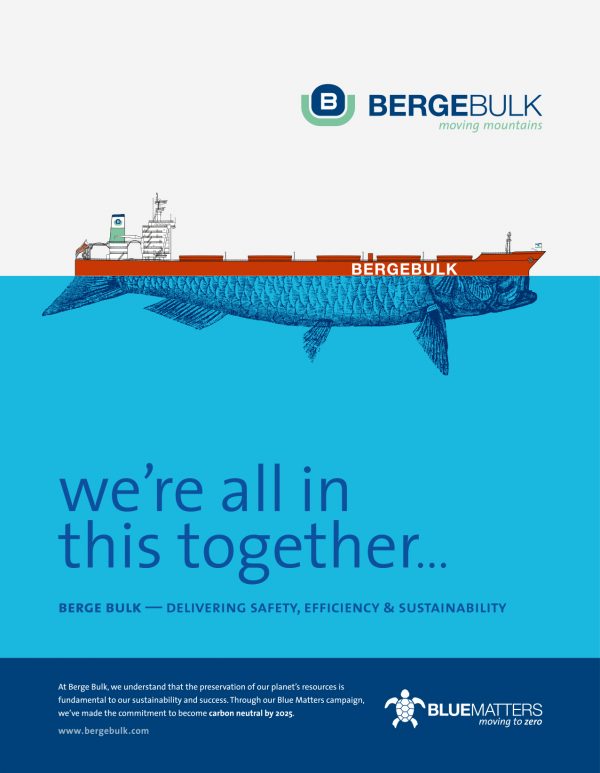 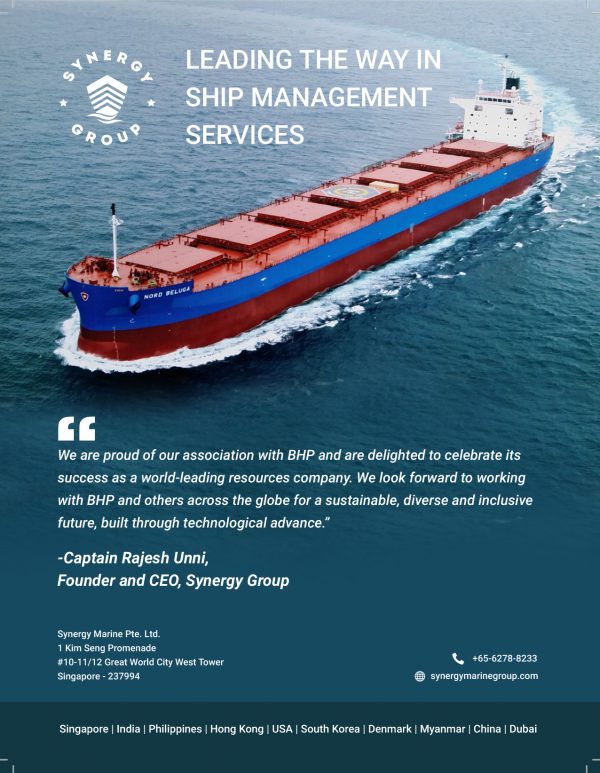