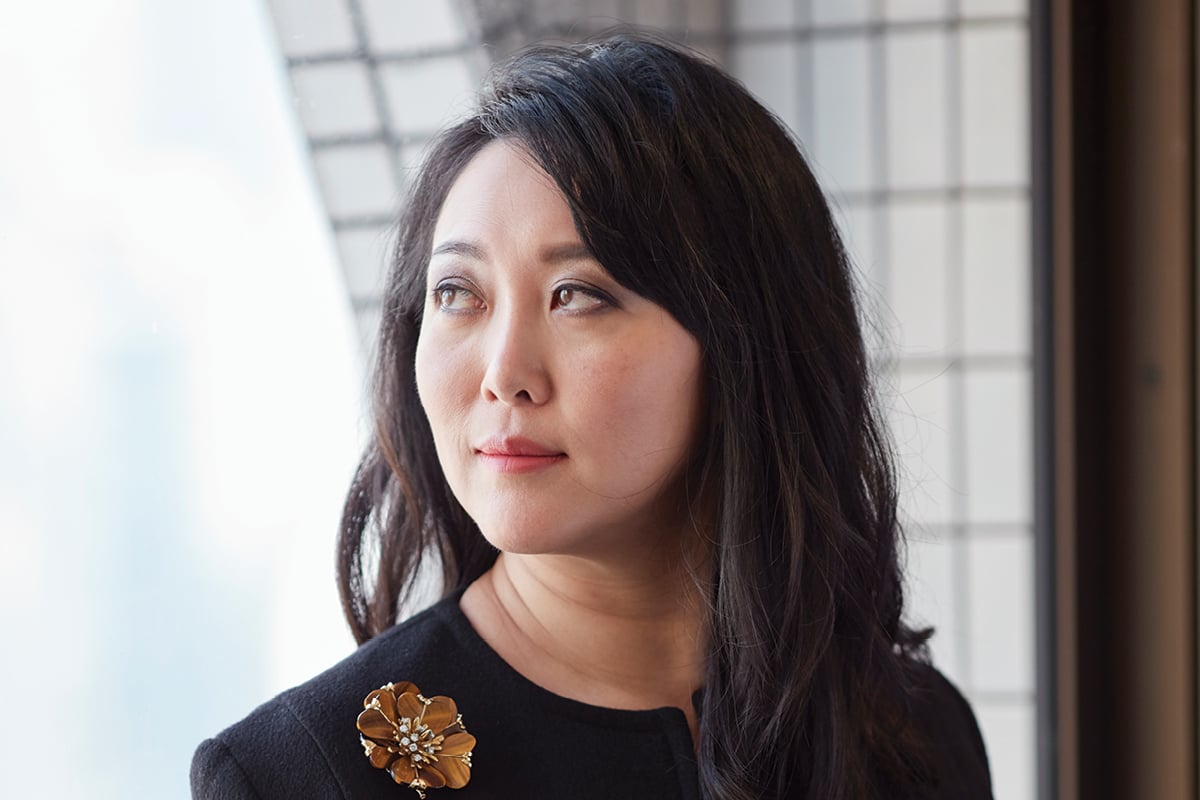 At a gala dinner to conclude the Connecticut Maritime Association’s annual conference and trade exposition in March, Sabrina Chao, Chairman of Wah Kwong Maritime, was presented with the association’s Commodore Award.

This accolade is given annually to someone in international maritime who has made a significant contribution to the industry’s growth and development. She became only the second woman to receive the honour and the third recipient from Asia. If anything, the award shows the esteem Sabrina has built up in the field after initially opting for a career in investment banking.

“With a degree in maths, I was always a number cruncher,” she recalls. Early positions in her stellar career included a spell at Jardine Fleming’s equity derivative structuring desk and an auditing role at PricewaterhouseCoopers. She was never pressured to go into the family business, Wah Kwong Maritime, which was founded in the 50s by her grandfather TY Chao.

The company has since become one of the leading providers of commercial marine transportation, with a fleet capable of moving crude oil, minerals, dry bulk commodities, and gas. It has assembled one of the most technologically advanced and modern fleets, and charters its carriers to blue-chip clients from across the globe.

Around the turn of the century, both Sabrina’s grandparents and her uncle Frank had passed away and her father was the only family member remaining in the business. So she decided to shift careers and enrolled in the famous Galbraith’s shipping course in London to gain some maritime experience.

In 2002, Sabrina returned to Hong Kong and joined Wah Kwong as part of the finance department. Her skills in the world of banking proving immensely useful. “For a shipping company, cash flow is king,” she explains. “So my background was definitely an advantage in running the business.”

An advanced facility with numbers was even more advantageous. “I am extremely logical and very good at compartmentalising. This is actually a most useful skill as I constantly need to segregate my different responsibilities to different stakeholders.”

“I am extremely logical and very good at compartmentalising. This is actually a most useful skill.”

While she brought valuable financial skills and an outside perspective to the company, Sabrina was still a young chairperson in an industry dominated by older leaders. “In order for a CEO to be effective, he or she must be respected,” she reflects. “In this respect, some grey hair and a stellar CV usually is an advantage.”

What is it to be ‘A Young Leader’?

“As a younger leader, I found that gaining respect took time in my early years with the company. So I purposely spent a lot of time getting to know the people. It meant understanding their work and differing personalities.”

On whether leadership is something that comes naturally to her, Sabrina says she has some ability to lead, but as a reserved person, she is “not an obvious, stereotypical leader”. Her strengths as a manager lie in motivating people and finding ways to align their interests and passions.

She deftly built on these skills during peer-to-peer exchanges as a member of Entrepreneurs’ Organizations and the Young Presidents’ Organization, which brings together executives from more than 130 countries and offers courses and networking events for its members.

She was also elected as Hong Kong’s Young Global Leader, part of a network facilitated by the World Economic Forum. The interdisciplinary nature of these groups proved valuable in inspiring Sabrina, introducing her to new ideas and developing her ability to lead.

One lesson gleaned from these groups was the importance of establishing clarity of vision. “Externally, the performance of the company would usually carry enough weight to gain respect,” she says. “But going that extra mile in terms of developing and communicating a clear and solid strategy also goes a long way.”

Refining the company’s business blueprint has been doubly important in light of increased competition. As a gateway to mainland China, Hong Kong is strategically important, and at various times has been the world’s highest volume container facility.

Obstacles to growth and its solutions

In recent years, however, Singapore has emerged as a vigorous rival that can engage in cost-based competition. “It is a challenge indeed,” Sabrina admits of Singapore’s entry into the space. “It is expensive to set up and maintain a business in Hong Kong, especially if expertise has to be imported from abroad.”

Other obstacles to growth include rising pollution and lack of international school spaces, which dissuading people from transferring there long-term.

Sabrina also points to roadblocks at a government level. “In fact, the cost is not the only challenge,” she points out. “We are faced with bureaucracy, outdated legislation and an uncertain tax regime compared with Singapore as well.”

She adds that capital flowing into the industry is being misdirected in many cases. “These are speculative players and they can be very harmful to the development of our industry,” she explains.

“They are not driven by supply and demand fundamentals. Moreover, there are new regulations coming into effect over the next two years that will have a large impact on our industry.” The industry has also been hampered by labour shortages, though Sabrina says the government is now actively trying to ameliorate the problem.

This includes the founding of the Maritime and Port Board, which has three working committees that look at different aspects of the maritime and port, with the manpower subcommittee advising the government on specific labour issues affecting the industry.

The chief government initiative in this area is the Maritime and Aviation Training Fund. Approved by Hong Kong’s Legislative Council in 2014, it allocates HK$100 million to existing and new measures, including industry-specific courses, internships and training programs, designed to attract young people to maritime work.

Students can learn maritime law, ship repair, logistics and seagoing skills, which will add significantly to the competitiveness of the talent pool.

These programs are a start, Sabrina says, but efforts to address the labour shortage needs to be ongoing.

“There are still many things that can be done through education, promotion and immigration to get more interested people into Hong Kong’s maritime cluster. They are all still being discussed.”

Sabrina has played a part in advocating for the industry through her role as chair of the Hong Kong Shipowners Association (HKSOA). She was elected to this role in 2015, another marker of how much experience, respect and visibility she had gained in the industry.

The Association is the largest of its type in the world, bringing together owners who collectively manage some 178 million deadweight tonnes of maritime fleet.

“Not only was chairing the HKSOA a tremendous honour, it also provided an incredible platform for me locally, nationally and internationally. As chairman, aside from meeting people all over the world from our industry, I also met with officials and diplomats to discuss issues and trends in our industry.”

“It was an eye-opening experience, and it most definitely brought many new and valuable ideas to Wah Kwong.”

“Not only was being chair a tremendous honour, it provided an incredible platform for me locally, nationally and internationally.”

Sabrina stayed in the role until 2017. “That was probably the most valuable thing I did since joining Wah Kwong,” she says. During her time as chair, she advocated for Hong Kong’s position as an international maritime centre.

Wah Kwong remains one of the major players in an industry seen as pivotal to Hong Kong’s economic standing.

In her five-year plan for the territory, Hong Kong’s Chief Executive, Carrie Lam, discussed the city in terms of its three pillars – finance, trading and maritime. The port still boasts world-class facilities and a high level of access to finance and support services.

After years of post-GFC sluggishness, the shipping industry now appears to be resurgent. “The demand side is showing steady growth on the back of global economic recovery led by the US,” she reports.

On the supply side, there are ongoing concerns about a glut of shipbuilding capacity; however, Sabrina is “cautiously optimistic” on balance. “Hong Kong is strong, but there is plenty of room for improvement,” she concludes.

As the company continues to forge partnerships, particularly in mainland China and the developing markets of Asia–Pacific, Sabrina’s financial nous will again come to the fore.

“Most importantly, we strive for win-win situations in any partnership, meaning both parties can make money, bring value and grow together. That is the foundation of any strong partnership.” 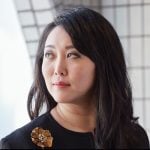