Up for the challenge: Shahid Hussain When Mohammad Shahid Hussain, then working as CEO of General Tyre Pakistan, was approached by Al-Ghazi Tractors, the appeal of the role on offer was clear. “I saw a company that had been profitable ever since its inception,” Shahid remembers. “The only challenge was that its growth had stagnated in terms of both market share and profitability.

“I saw it as a good challenge and, of course, it would also better my career and future. The combination of these two things made me very interested and after the interviews took place, I was fortunate to be the only candidate short-listed. So, I joined the company as its CEO and Managing Director.”

In addition to a consistently healthy bottom line, Al-Ghazi also boasts a tendency for being at the forefront of the automobile industry. It was the first Pakistani company in its field to introduce an enterprise resource planning system across all aspects of its IT resources. It was also the nation’s first company to obtain ISO 9002 certification, which required hitting targets in the production, installation and servicing of its machines.

A household name in the agricultural industry and with small farms alike, Al-Ghazi makes tractors in all horsepower ranges. It has also started to import New Holland high HP tractors and square balers, as well as combine harvesters. Add after-sales care and maintenance services across hundreds of authorised workshops, and it becomes clear that Al-Ghazi offers a comprehensive range of products and services for almost all agricultural needs.

With a history of strong corporate governance, extensive documentation of all its processes and an enviable record for safety and efficiency, the company has won a number of accolades, including the Top Companies Award of the Karachi Stock Exchange, Corporate Excellence Award from the Management Association of Pakistan, and Excellence in Productivity Award from the Employers’ Federation of Pakistan.

Shahid brought with him expertise in marketing, product development, supply chain management and operations from previous roles at Tetra Pak, Makro Cash & Carry and The General Tyre Pakistan, where he was also awarded CEO of the Year in 2013 and named as one of the 100 best-performing CEOs and leaders in the country.

Upon joining Al-Ghazi, Shahid divided the unwieldy supply chain management division of the business into two separate functions for quality assurance and part sourcing. Last year, the restructured business recorded an “exceptionally good” financial performance with profits reaching record levels. Shahid sees scope for further growth, however, and estimates there is 20–30% of operational capacity yet to be utilised.

He also anticipates an expansion of the product range, improvements to its existing offerings and an injection of further staff. Undertaking such major changes will involve significant challenges, but Shahid believes Al-Ghazi is up to the task. “We want to go head-on with the competition here in Pakistan. We would like to be seen as number one.”

“We want to go head-on with the competition here in Pakistan. We would like to be seen as number one.”

The past few years have seen an industry-wide downturn in demand. “Unfortunately, there has been some turmoil and, because of that, the uptake went down for us and our competitors. At the time, the vendors either switched to other businesses or looked at other avenues to make ends meet.”

Something had to give, and Shahid reports some players in the market let standards slip. However, he says Al-Ghazi is committed to keeping its product quality high. “We are looking at selective vendors who are not only committed to expanding their capacity, but also to quality standards and meeting our requirements. It is extremely important that they remain healthy and loyal to us.”

External conditions also improved, with a reduced sales tax, a resurgent domestic agricultural industry and a greater need for tractors thanks to the large-scale infrastructure projects in the China–Pakistan Economic Corridor. The company will also look internally and is determined to keep strengthening what Shahid refers to as the ‘backbone’ of the business, its dealerships. It has worked closely with its network of vendors, who also use their own staff to raise standards. “We are making the environment healthy and creating a win-win situation so that everybody comes together and brings this brand to the level we want it to reach.”

The company is mindful that it is not selling luxury vehicles to the wealthy, but utilitarian equipment to a customer base largely made up of small and independent farmers. “We should be providing them with good and lasting value for money,” Shahid maintains. While other companies may baulk at their vehicles being seen as cheap, Shahid says providing value in terms of reliability, longevity and fuel consumption rates is paramount in this price-sensitive market, and Al-Ghazi is proud that its tractors can be the most inexpensive. Competitive pricing doesn’t mean cutting corners, however, and Shahid says Al-Ghazi’s tractors meet the industry benchmark.

Even with this excellent value proposition, Al-Ghazi will continue to fine-tune its products. “There are always areas for improvement because one can never say you’ve reached the ideal point,” Shahid says. “That is our main focus. We’ve got to bring out a product that is excellent, one that everybody goes for, and there are no regrets once they have bought it.” Over the past two years, the company has sought further cost efficiencies.

It also encouraged vendors to bring forward their exact costs, itemising exchange rate and line prices of raw materials such as steel, labour costs and other overheads. In some cases, Al-Ghazi absorbed legitimate cost increases but on other items, they worked with vendors on more competitive prices.

Shahid says Al-Ghazi is now approaching what he sees as a strong level of vendor satisfaction and loyalty. “We’re happy because we are gradually getting there in terms of the quality of the product, the pricing and building capacity from there. It’s been a long haul. But we now have a closer bond with our vendors than ever before.”

“It’s been a long haul. But now we have a closer bond with our vendors than ever before.”

Al-Ghazi is willing to cut out suppliers who lack the financial health to supply at an acceptable quantity and quality. Shahid says it is an absolute must that standards are upheld. “That is one of the areas we’re working on and it takes time, but we are gradually moving in the right direction to bring down the number of vendors. The good vendors should remain with us and we will give them ample quantity so they feel their capacity is being utilised optimally.”

Meanwhile, the company’s plant in Dera Ghazi Khan continues to be a model of lean manufacturing. A technical collaboration with Case New Holland, the world’s leading manufacturer of agricultural equipment, has given it the capacity to produce 30,000 tractors each year.

As with the company, the plant has been a frequent award winner. The focus, though, remains on the plant, which has implemented a range of safety measures, eliminating the use of lead-based paint and improving ventilation, lighting and personal protective equipment to ensure a comfortable working environment for its employees. It also takes pride in the facility’s environmental friendliness, which recycles water for plant use, as well as selling scrap metal and wood.

Any manufacturing facility is only as good as the components it uses, however, and Al-Ghazi has forged strong relationships with suppliers for elements such as casting parts and gears. It uses upwards of 95% domestic parts and Shahid ensures these partnerships remain strong by keeping in constant contact with suppliers and regularly meeting with them face-to-face.

One of Shahid’s main responsibilities is balancing the interests of the company’s shareholders and employees. He describes himself as a conduit between these two groups of stakeholders. “If I don’t put the issues of our staff forward, I feel like I’m doing an injustice to the people who are bending over backwards to bring this company to the level we want to reach.”

The most important element in moderating the sometimes competing interests of these two groups is acting with transparency and integrity at all times, Shahid explains.

“There are real and genuine issues here that must be resolved. But if you address them with a clear conscience, then things start automatically happening. It’s not rocket science.” 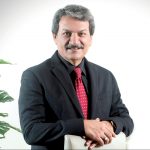