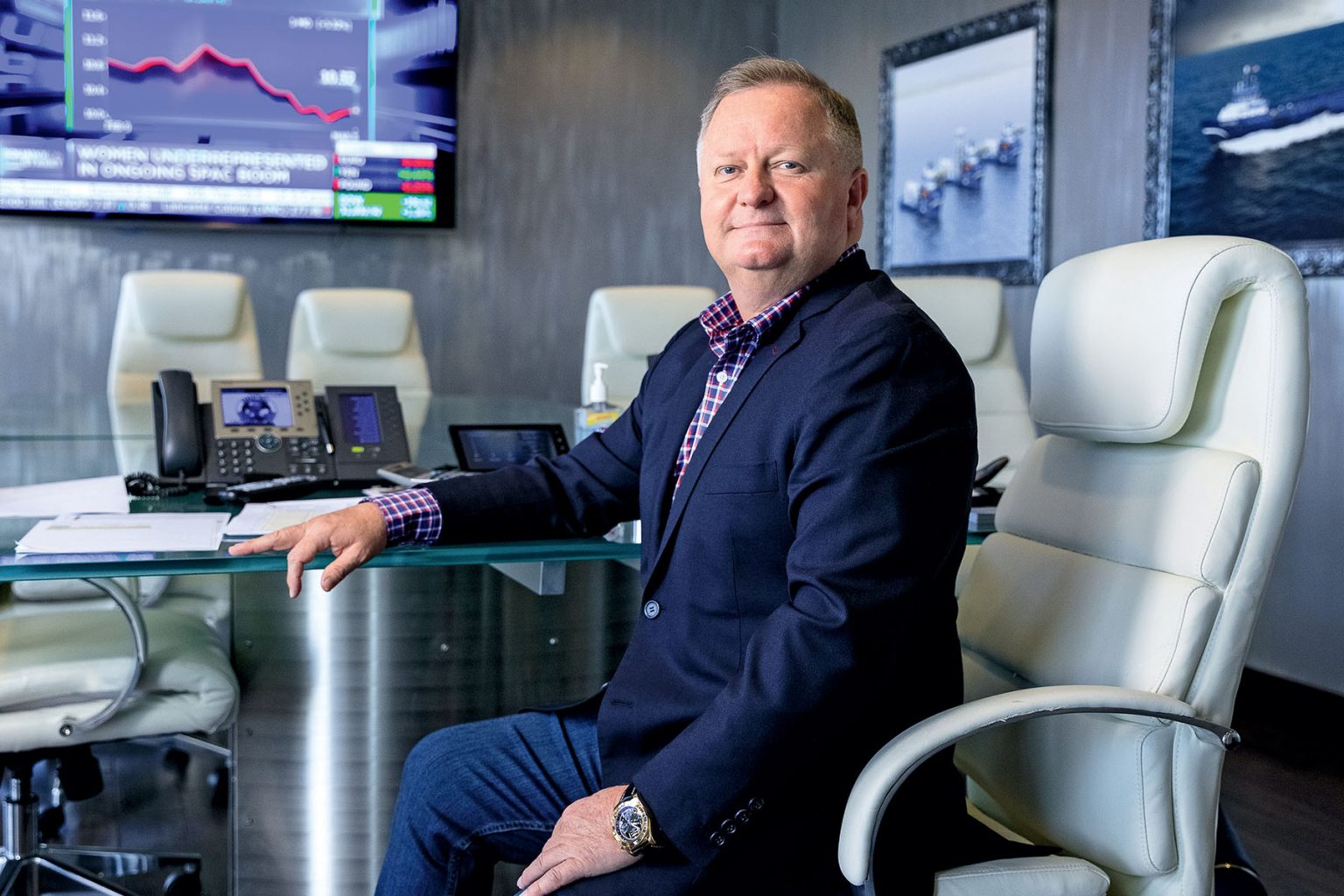 Shane Guidry would accompany his father on business trips when he was a youngster. “The first time, we went to Tulsa, Oklahoma to call on customers,” he recalls. “I was 10 years old.” Far from any office, these adventures would often end up on the bayous of Louisiana, the pair inspecting vessels and addressing operational issues. 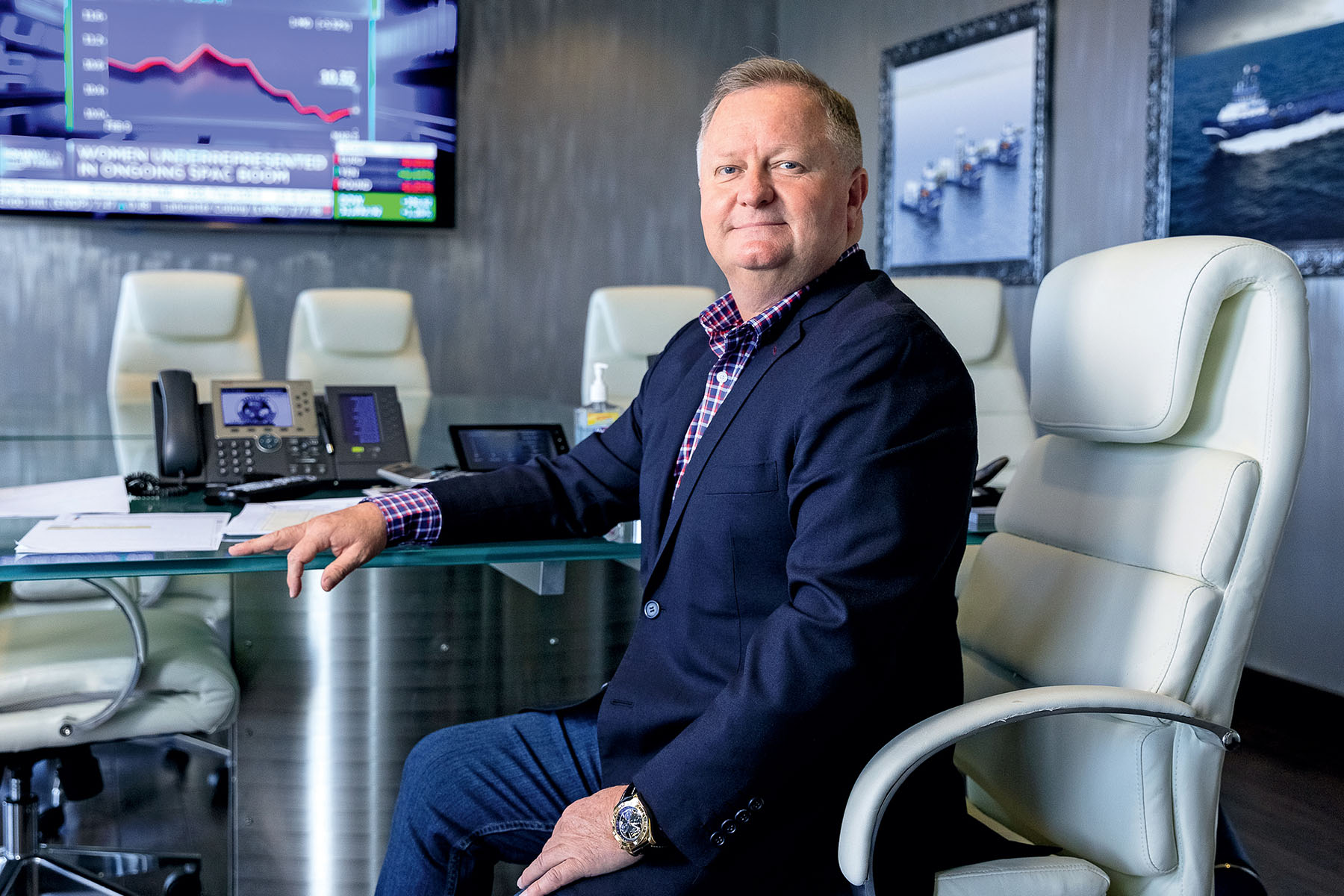 For Shane, this was the beginning of his involvement in the family business, Harvey Gulf International Marine, a marine transportation company that provides vessels for deepwater operations in the Gulf of Mexico and beyond.

“It was a hands-on education. As soon as I was able to work, I would spend time out of school working in every single department,” Shane reveals. Today, as Chair and CEO, he lives the business his grandfather established.

“What motivates me is a need to be the safest, most efficient operator in my industry. I want to continue to take my companies to new frontiers.” Shane’s fierce dedication is the fuel that powers Harvey Gulf. The business dates back to 1955, when Captain Numa Guidry put together a fleet of inland towing vessels to work Louisiana’s Gulf Coast.

This soon expanded into offshore towing and rig moving. By 1988, when Shane came aboard as a third-generation Guidry, Harvey Gulf had begun the transition away from full-service towing; offshore towing soon became the company’s bread and butter. “At the time, I was directing vessel maintenance and repair,” he says.

“I worked around the clock to develop my training and experience with the structural and mechanical aspects of the vessels.” The learning experience rounded off Shane’s understanding of the business, an enormous asset during his time as Vice President of the sales and marketing division in the early 1990s.

There are two pieces of advice I live by: never back out of a handshake deal and never do a job that puts people in harm’s way.

“I could see exactly how to cut through, so I assembled an aggressive, effective sales force,” he reflects. “We created new marketing strategies, including exclusive towing alliances that eventually made us the exclusive provider of vessels for many of the biggest players in the Gulf.”

Yet even these efforts were merely a prelude for the changes Shane would introduce once he became the company’s CEO in 1997. “I’m proud of many things Harvey Gulf has managed to do since I’ve been CEO,” he says.

“We produced and operated the first US-flagged LNG-powered platform supply vessels, and later converted one to a tri-fueled vessel operating on LNG, battery power and diesel; we produce and operate the only LNG vessel bunkering facility in the US, as well as the only flagged LNGbunkering ATB.”

“Additionally, I’ve sponsored and arranged for The Sunshine Kids to ride annually in a New Orleans-area Mardi Gras parade for 20 years,” he shares. “This kind of support is, to me, equally important as the success of my business.” His greatest achievement, however, is a personal one. 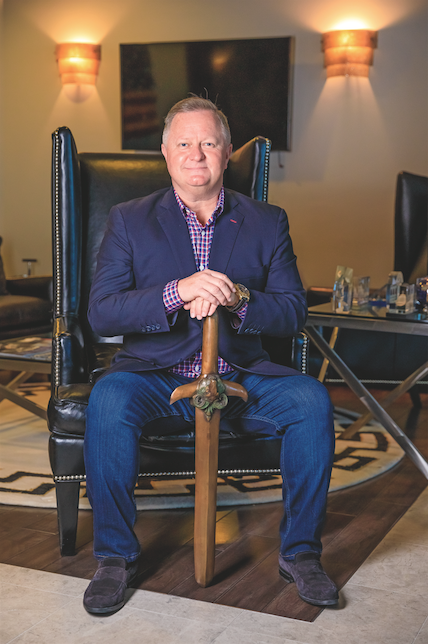 “Changing Harvey Gulf from a relatively small family-operated Louisiana tugboat company to a major international deepwater marine transportation corporation with more than US$1.9 billion in assets is my biggest achievement,” Shane explains.

“This took years of hard work, the use of all my skills and the development of a top-flight support team. It was truly blood, sweat and tears.” His immersion in and total commitment to the business has imbued Shane with an intimate understanding of the industry.

With an ear to the track like no other, he’s able to push his team to make the necessary changes to futureproof Harvey Gulf’s operations. “We work hard and are not afraid of change. If you’re not changing to stay ahead of your competition, you will fall behind,” he insists.

“I learn as much as possible about what customers will want from operators in the future and, combined with my knowledge of designing and operating vessels, push forward – even where it’s a completely new frontier.”

With deep-sea drilling playing such a major part in Harvey Gulf’s success, Shane has been careful to quell environmental concerns. “We operate the most technically advanced and environmentally friendly vessels in the industry,” he says.

The use of liquefied natural gas as the primary fuel source gave it the honor of becoming the first company in North America to own and operate a marine service vessel powered by LNG. The company even operates its own environmentally safe LNG fueling facility in Port Fourchon, a pioneering move within the industry. 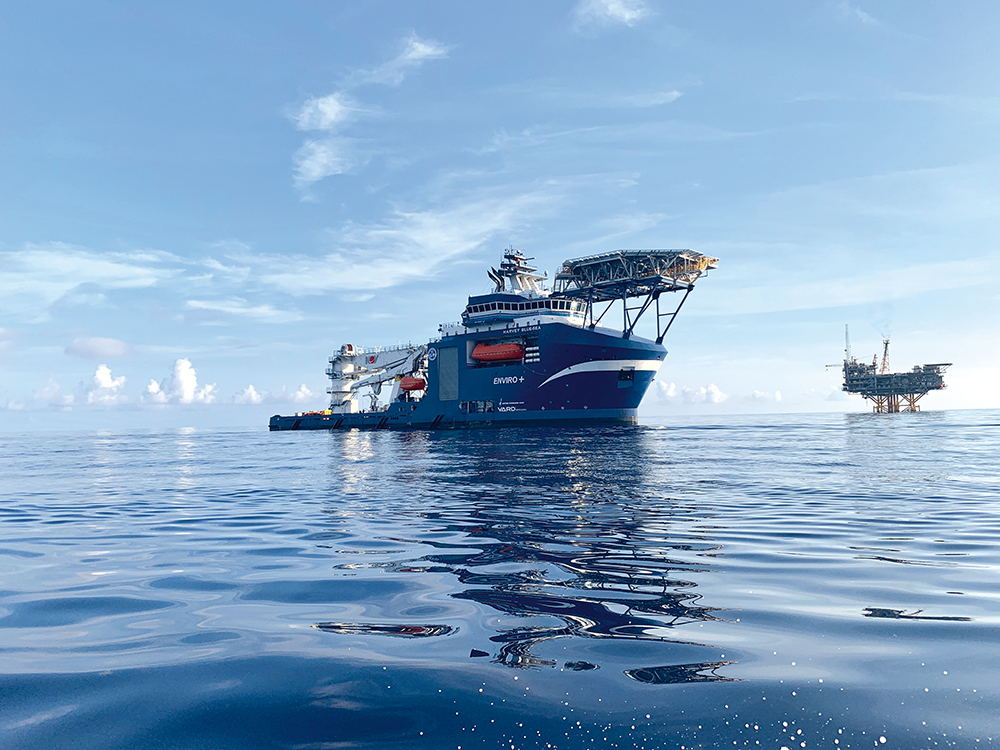 A number of Harvey Gulf’s fleet will soon be retrofitted with a battery hybrid system, further adding to its green output and lowering fuel costs. Throughout Shane’s illustrious career, safety is the issue that has bubbled to the surface most often.

“There are two pieces of advice I live by: never back out of a handshake deal and never do a job that puts people in harm’s way,” he points out. As such, Harvey Gulf operates on a non-negotiable safety-first culture.

“You can’t just have safety rules; you need a true safety culture.” Shane’s passion and respect for safety even extends to his downtime – he’s a Reserve Deputy Chief in the Jefferson Parish Sheriff’s Office and is a certified Louisiana Peace Officer. It’s not all work and no play, however. “When I can, I like to work on my horse farm,” he says.

“It sounds strange, but riding a tractor, cutting grass and training horses helps me relax. Sometimes, I come up with my best ideas on a tractor.” 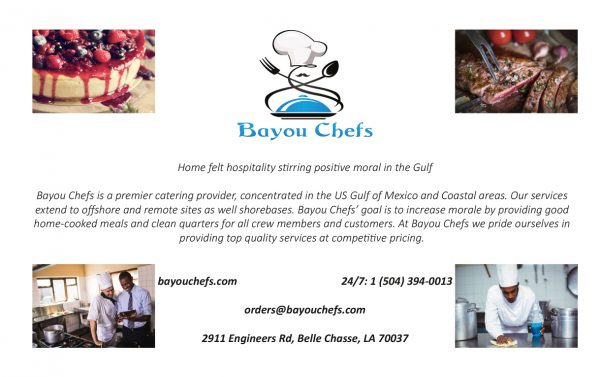 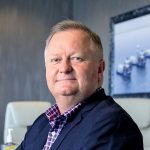