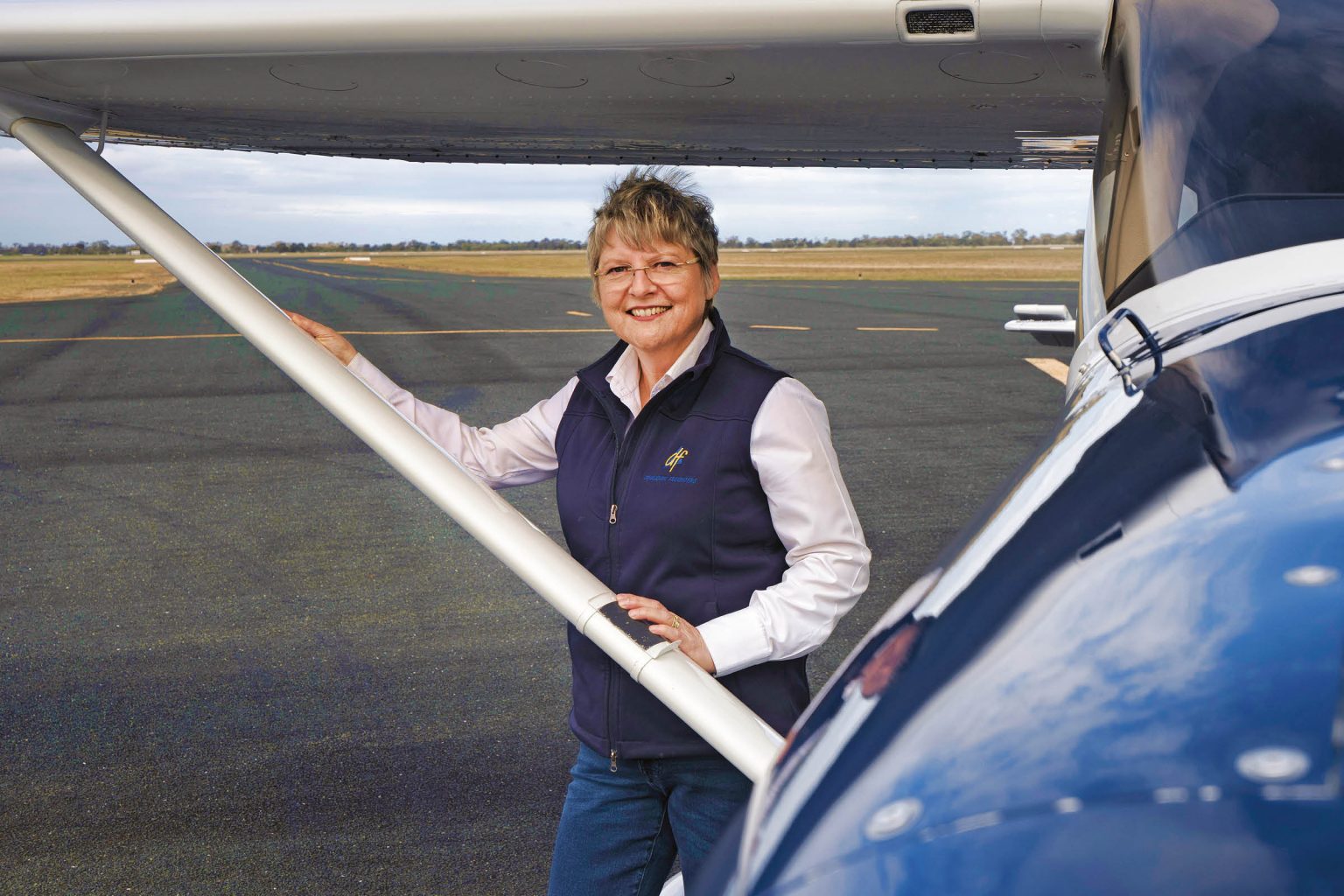 Agribusiness in regional Australia wears many faces, but only one resolve. From the farmers praying for rain to the truckers carrying local produce to the world beyond, there’s a collective interest in supporting and investing in the community. In the New South Wales southern basin, where water security is crucial yet capricious, the community is of one accord in its fight for the continued viability of agribusiness. That’s why, although many of Deniliquin Freighters’ clients and destinations are far from the Murray-Darling, CEO Vicki Meyer’s thoughts are never far from her home.

“I’m a very strong social advocate for people getting excited about living in Deniliquin,” she says. “We’re eight hours away from Sydney, four hours from Melbourne and, geographically, we are very well situated for the work that we do.”

As one of Australian agribusiness’s leading carriers, the work of Deniliquin Freighters is critical to the survival of the area. And as Vicki sees it, survival in the Murray-Darling basin means adaptability, which is the reason the company operates in a very different way to other carriers.

“Our model is unique in that we don’t have a large fleet of trucks,” she says. “We have a core fleet of subcontractors that allows us to take a lot on when the crops are huge, and reduce without massive impact to the business during drought conditions. It’s like the lungs of the business.”

Lessons like these have been hard learned throughout Vicki’s three-and-a-half decades in agribusiness. “My career has been largely based on irrigated agriculture in the NSW Riverina. I’ve worked in basic agronomics, community banks and eventually transport alongside a series of really fantastic mentors and leaders,” she says.

Dealing locally and investing back into the community was one of my first priorities.

“And I have learned that to survive in the regions, it’s about flexibility.” And so it was when she joined Deniliquin Freighters as a temporary business manager.

“I was actually supposed to be moving on into the world of Wesfarmers, but when Deniliquin Freighters’ owner Russell Tait asked me to stay on in order to help run the business through the millennial drought, I agreed.”

Vicki immediately worked to stabilise the business with her eye on its future needs. “Irrigated agriculture allows you to make decisions well in advance, so we can predict eight to 12 months out what we need for planning, budgeting and then either downsizing or upsizing accordingly,” she says.

At the same time, she embraced the opportunity to really engage with the local community and keep business local. “We have a terrific team here at Deniliquin Freighters, made up of people who have worked in the business for up to 40 years, subcontractors who have provided their services to us for 35-plus years. So, dealing locally and investing back into the community was one of my first priorities,” she adds.

This led to a series of community initiatives, such as a fortnightly Meals on Wheels run. “We are one of the businesses here getting out and being a part of things,” Vicki says. 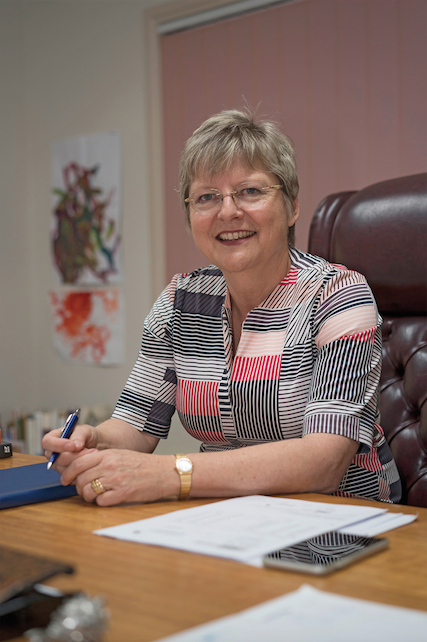 “I also have a personal commitment to ours and other regional communities through my work as the NSW Chairperson of Can Assist,” she shares. “Can Assist is a charity that has been servicing communities across NSW for 65 years.”

Safety is also at the heart of Vicki’s stewardship of the company. “We will not have our trucks in peak traffic where possible,” she insists.

“We don’t have to be in a rush to get anywhere, and we don’t die for a deadline. Safety comes right from the top, and it starts right here in my office. It might take us five minutes longer, but we make it, and we make it safely.”

Vicki also made the bold move to sponsor the industries that Deniliquin Freighters had been carrying for so long. “We consider our sponsorship as a show of gratitude and reinvestment in our industries,” she says.

“Then we became a large owner of water entitlements, so we have put together a farming agribusiness base that, to this day, remains really quite considerable.”

Even back in the early days of her career, Vicki built her approach around ethics, kindness and cooperation. “That was underneath my signature on every email,” she reveals.

“It was for people reading it to think to themselves, ‘That’s the very foundation of good business.’ But you also have to work to make sure they’re not just words on a page. I’ve kept them there for many a day and I’ve been challenged a couple of times, but at the foundation, that’s what we’re here for. It’s all about community and doing what’s right.” 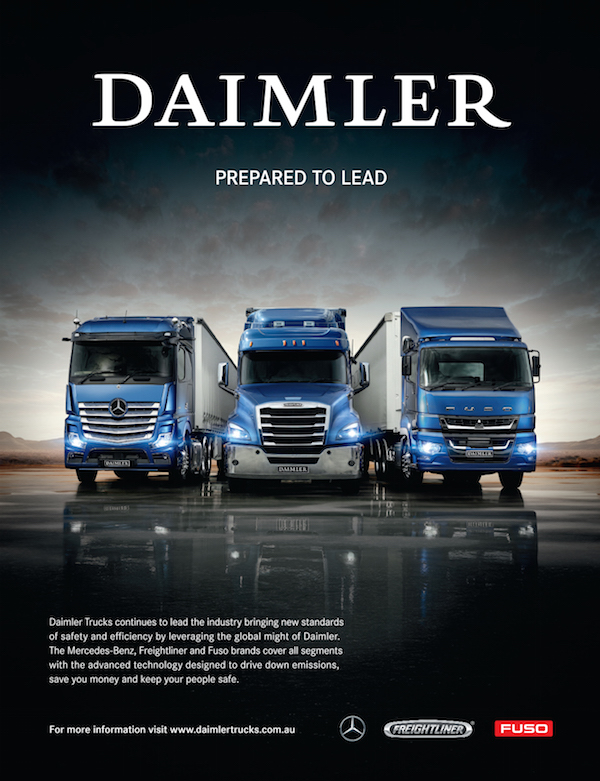 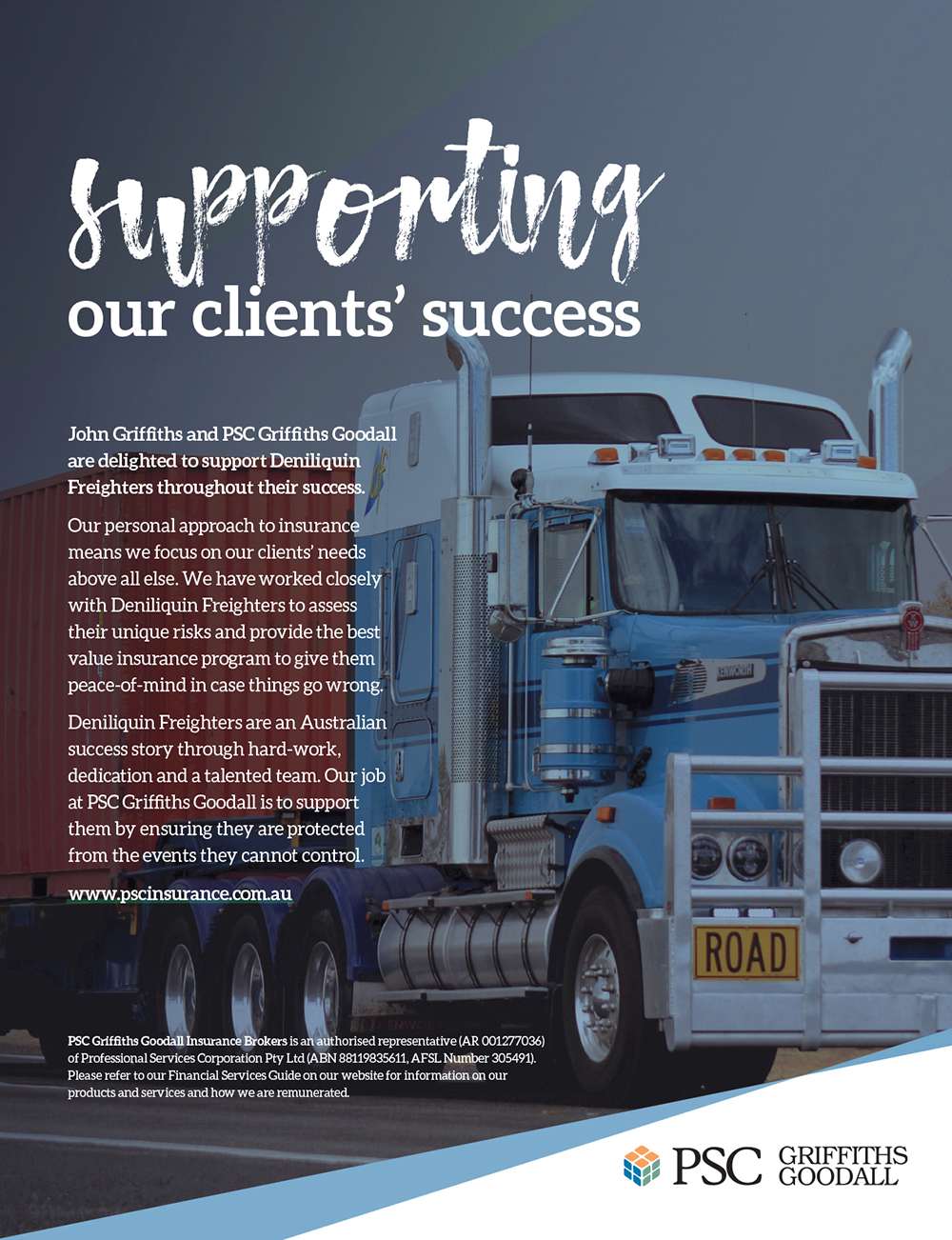