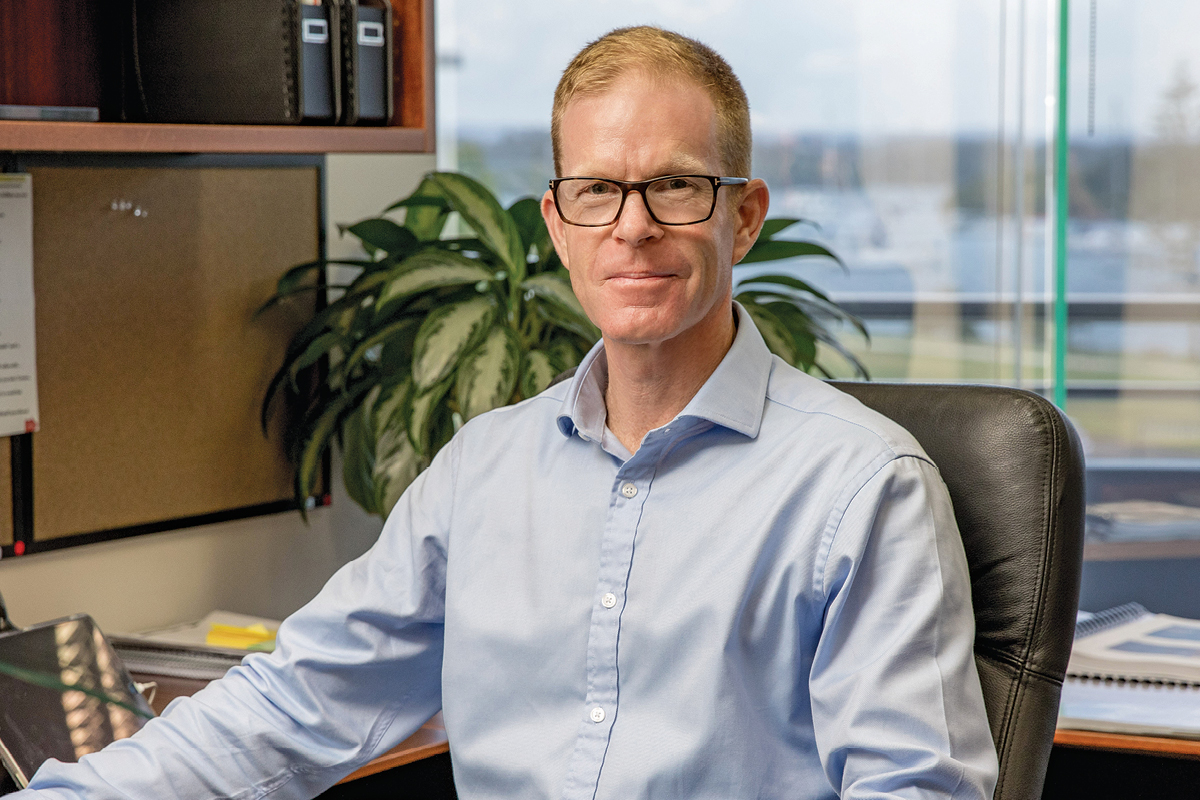 John Cleland doesn’t baulk at a challenge. He hits it head on, powering forward to reach the light at the end of the tunnel. It’s exactly what he did in 2016, when he stepped up to take on the role of CEO at Essential Energy, one of Australia’s largest electricity distribution networks.

From the outset, it was a tough gig, John at the helm of a huge organisation in an industry reeling from the disruptive impact of distributed energy, decarbonisation and emerging digital technology.

All John saw, however, was opportunity. And he wanted to grab it. “I was drawn to it,” he admits. “All these factors at play, forcing a once-in-a-generation transformation of Essential Energy. I wanted to be a part of it.”

John has many years of senior leadership experience in the infrastructure, resources and logistic sectors, including his roles as Head of Infrastructure in the Coal Division at Anglo American Coal and CEO of WestNet Infrastructure Group.

In January, he not only led Essential Energy to be an initial signatory to The Energy Charter, a world-first, cross-sector energy industry framework focused on better customer outcomes, he was also appointed the Inaugural Chair for the CEO Council of the entity.

“It will allow our customers to clearly see what we are doing for them and, in turn, allow us to hear from them about what we could do better,” John says.

“It will help to drive greater accountability and new thinking. We will demonstrate how we are improving energy affordability; how we are delivering reliable, sustainable and safe energy; and how we are putting the customer at the centre of our business.”

Since 2016, Essential Energy has raised more than A$450,000 for its partner charities including Can Assist, Garvan Institute of Medical Research, Lifeline, Variety Australia, ozED, Westpac Rescue Helicopter Services and the Children’s Tumour Foundation.

Headquartered in Port Macquarie, northern New South Wales, and owned by the state government, Essential Energy builds, operates and maintains an electricity network spanning 95% of the state and parts of southern Queensland.

Think 737,000 square kilometres and 183,612 kilometres of powerlines, with 1.38 million power poles servicing more than 855,000 homes and businesses, 170 hospitals and 1,250 schools in 1,500 regional, rural and remote communities. That’s just 4.6 customers for every kilometre of powerline, about a 10th of the customer density of metropolitan networks.

While there is no competition for its poles or wires, John is acutely aware that customers are still armed with the choice to disconnect from the grid in favour of solar or battery power.

“We are absolutely focused on that reality,” he says. “Across Australia, and around the globe, the energy sector is faced with a dynamic environment of increasingly decentralised systems, greater customer choice and shifting trends in energy consumption.

“It was very clear to me when I became CEO that Essential Energy had to evolve, not just at pace with customer and stakeholder expectations, but ahead of them. We needed to transform our business from being an inward-looking to an outward-facing provider.”

“We needed to transform our business from being an inward-looking to an outward-facing provider.”

A huge part of that process is to ensure consumer costs are kept down, without compromising efficiency and safety, and Essential Energy is constantly pursuing innovations to get better results.

Digital pole inspection trials and drone technologies, microgrids and other embedded generation solutions are all included in the mix.

John also welcomed a determination by the Australian Energy Regulator in April that outlined to consumers that network charges would increase less than the rate of inflation, resulting in an increase of just A$24 over the next five years.

“Limiting network charge increases below inflation is a real achievement, but the business needs to keep innovating to make further tangible improvements in safety and network performance. Despite our demographic and geographic challenges, Essential Energy is budgeting for the lowest operating and capital expenditure in two decades.

“That includes refining our network operating model to deliver our works program more efficiently and consistently in areas prone to outages, investing in network upgrades which will improve reliability by 25% in those regions.” 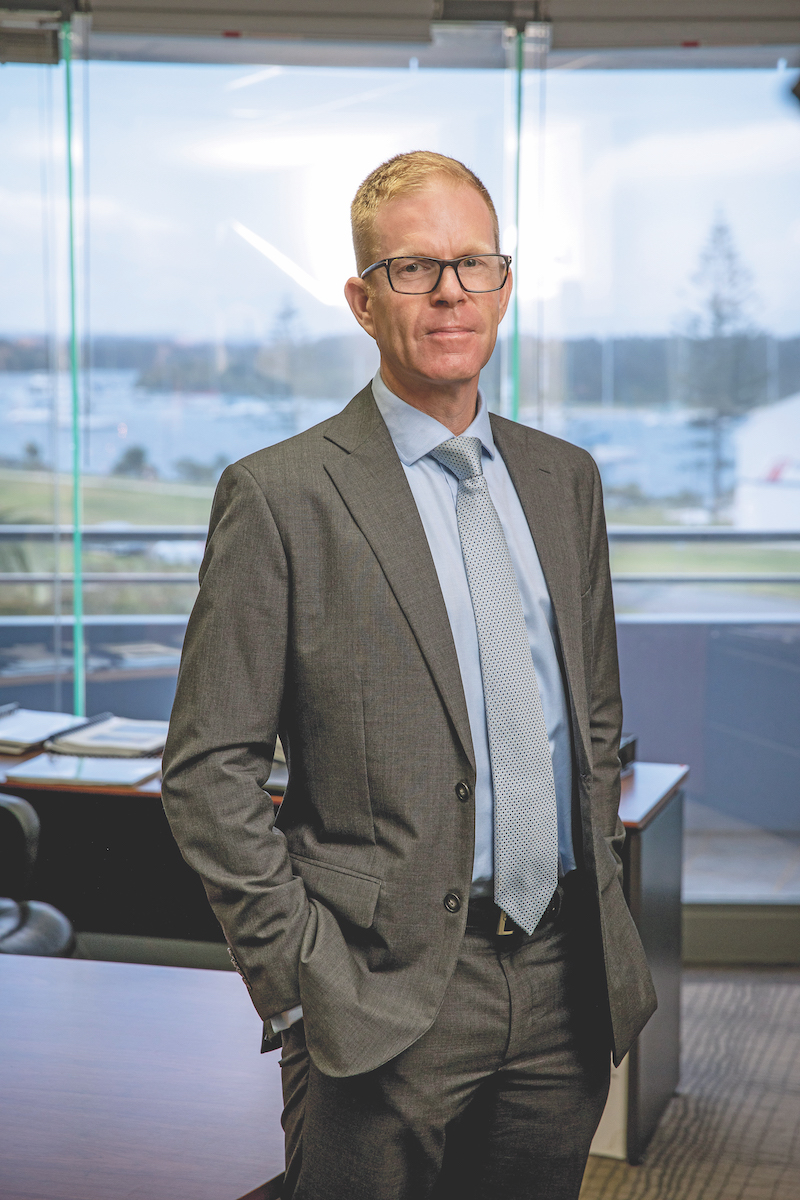 Meanwhile, John is increasing the commercial capability of his team, around 2,900 people, based in 100 local depots and regional offices, by providing the skills and understanding needed to recognise the company’s value chain.

“Last year, we helped 1,900 employees to understand what being ‘commercially tuned-in’ looks like and the impact individuals can have on all steps in the chain,” he explains.

“This also reinforced how the business can work as one team to set up field and customer-facing teams for success.”

John admits he’s been surprised by the positive reaction from both employees and customers to rapidly changing technology.

Drones play a major role in asset inspection and some maintenance activities, while smart devices, rolled out soon after John’s arrival, have been enthusiastically embraced.

“The use of smart devices by our workforce, has been incredible,” he says. “Now, if an employee in a remote location makes a safety observation, they can log them in real time and escalate them immediately.

“At the same time, the domestic uptake of solar and battery, along with the transition from fossil to renewable energy, is occurring exponentially. Since I started three years ago, there has been a 20% increase in the use of solar energy and last year we had 420 GWh (gigawatt hours) of electricity exported back to the grid by our customers, which is enough to power roughly 50,000 homes for a year.”

Ironically, John grew up well outside the reach of the electricity network in the eastern goldfields of Western Australia. However, the environment gave him a strong understanding of rural life, an important insight considering the regions his network covers.

Essential Energy employees, many of them living and working in local farming communities spanning New South Wales, have witnessed firsthand the devastation drought brings to their communities.

Last year, employees raised money for the Buy A Bale appeal, with Essential Energy matching them dollar for dollar. “I was delighted to see that contribution of A$42,620, turned into real assistance in the form of four semitrailer loads of hay going directly to farmers,” John says.

“But in the medium to longer term, the most positive contribution we can make is to ensure ongoing reductions in distribution charges while maintaining safety and reliability.” 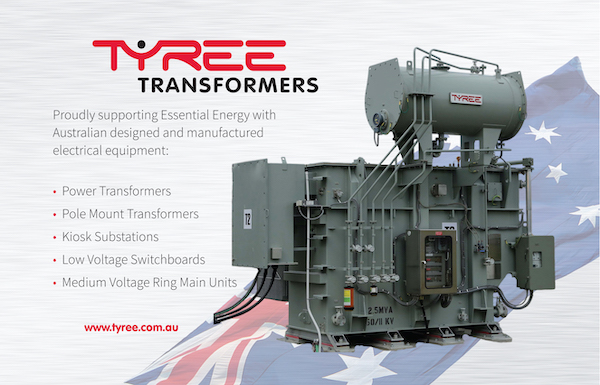 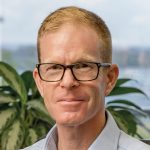