“We Are Here to Serve You”: Ahmad Jaafar Abd Hamid 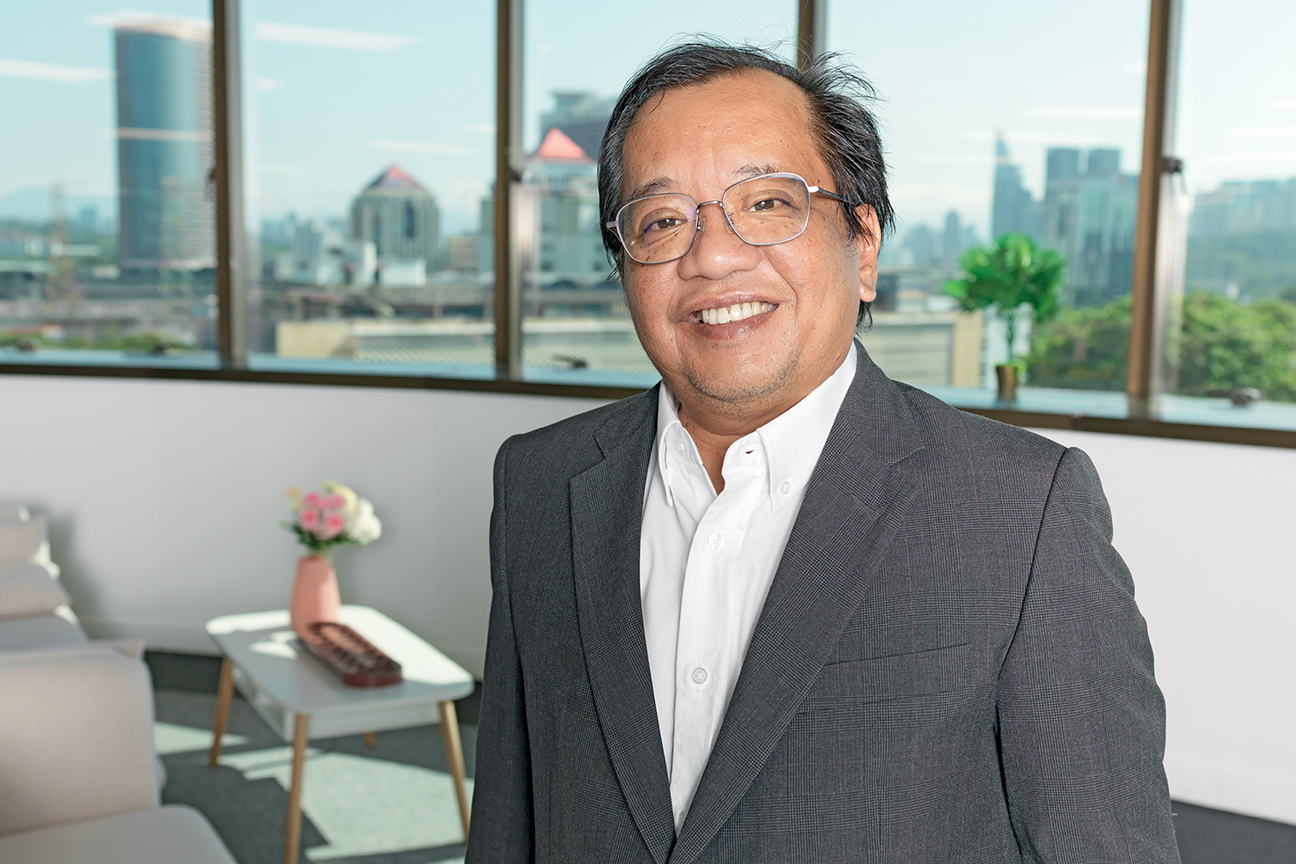 Traditionally, energy generation has not been accessible to individuals. It’s long been the domain of big energy producers and utilities; few others would have the capacity to convert coal or gas into electricity.

But increasingly, the concept of energy democracy seems achievable – as home owners invest in their own solar panels, for example – merging the growth in renewable energy with a new independence for energy customers.

Ahmad Jaafar Abd Hamid, Managing Director of TNB Energy Services Sdn. Bhd. (TNBES), a wholly-owned subsidiary of TNB, a major utility company in Malaysia, believes the democratisation of energy will have huge ramifications for the industry.

Energy production around the world is shifting from that centralised model to a model where customers can generate their own electricity.

Rather than view it as competition, he is adamant that the change is positive for everyone, though he acknowledges that reduced demand may require adjustment at first.

Since its incorporation in 1997, TNBES has evolved from a company focusing on district cooling systems to a variety of energy-related services, including rural electrification work, operation and maintenance of renewable energy plants such as solar hybrid systems, mini hydros, biogas and biomass plants, as well as rural and urban street lighting installation including LEDs.

In the long run, Ahmad says there’s no downside to reduced energy costs and fossil fuel use. “It’s a positive sign,” he declares. “Democratisation of energy is good, not just for our company but for the country too, when we embrace more sustainable energy. Because of that, we’ve embarked on many other efforts to help customers understand how they should utilise electricity efficiently.

“Three years ago, we developed a home energy management system with a startup company here in Malaysia – a product called Maevi, which helps customers monitor their consumption, coupled with a home security feature. So these are value-adds that only arise when the whole electricity industry has been democratised. In the long run, I think everybody will win under this scenario.”

For us to move forward, we have to imagine what tnbes will look like five years from now.

The key to survival, he believes, is meeting the needs of the customer as they change. The intent is to continue being a one-stop shop for every customer’s energy needs, and with new technology comes new needs.

As electric vehicles grow in popularity, demand for home battery storage will rise and Ahmad intends for TNBES to accommodate this new world. One growing avenue for the company is assisting customers in managing their energy infrastructure to alleviate the costs of investment.

“We tell our customers, ‘We can do energy performance contracting (EPC), which means we will invest in your needs, and the saving you get from that investment will be shared among us until we get a subsequent return,’” Ahmad explains.

“So far, these are the trends we’re looking at. City municipalities, for instance, do a lot of streetlight management and it costs a lot of money for them to invest in capex. But when we approach them to take care of their street lighting through EPC, it’s an idea that they’re starting to like.” TNBES also boasts a team with expertise in biomass, biogas and hydro energy generation, giving the company the potential to expand into its own renewable services. At the same time, Ahmad believes it can also assist in integrating renewables into the existing energy infrastructure; engineering and maintenance will continue to be necessary to sustain solar and other renewable power sources.

But he understands it’s essential to maintain the company’s traditional business with these new avenues; diversity is the future of the energy industry. Ahmad joined TNB in 1988 as an apprentice engineer, when it was still known as the National Electricity Board of Malaysia, pre-corporatisation.

Over the next 25 years, he worked across various departments of the organisation, with transmission and distribution systems, as chief engineer for the operations centre, and as head of sustainability development, where he worked mainly on feed-in tariff management.

“Those 25 years were a good experience doing technical stuff, but I think there’s more challenge beyond that,” Ahmad reflects.

“When I became Managing Director in 2015, I started to see the world differently. When you’re focusing on the technical, you’re not as focused on the customer side, what they really want, because you’re looking at what you can do to make sure the system works. So my interaction with our customers was very limited at that point in time. But then I spent three years in customer service. I feel that gave me an overview of how we should also look into giving more benefit to the customer.”

Historically, Ahmad says TNB has been viewed as the dominant electricity provider in Malaysia, though he stresses it’s not an accurate description, given that in Malaysia, electricity industry is under Incentive Base Regulation (IBR) and TNB as a company only produces about half of Malaysia’s total electricity demand, with the rest produced by independent power producers.

That said, it represents more than nine million customers in Malaysia, so when Ahmad became Managing Director of TNBES, he decided the company needed to adjust its approach to be more customer-centric. “The perception of TNB being so dominant has had an impact on the way we serve our customers,” he says. “I tried to change this when I was in customer service. To go beyond what people look at as a dominant company, we had to embrace the customers instead of expecting them to come to us. I think the service needs to be reversed. We need to go and engage our customers in person.

I want to tell our customers, ‘we are always here and ready to serve you.

“So I used that principle. I want to tell our customers, ‘We are always here and ready to serve you.’ That 25 years of experience on the technical side, plus three years of customer service and now managing a company of almost 400 employees, gives me some idea of how the current business world should embrace it too.”

The pressure to adopt that customer-proactive philosophy originated back when the organisation privatised in 1990. Once TNB was in direct competition with the IPPs that began to enter the market from 1992, the company realised a cultural reinvention was needed. Thus, an effort was made to make customers actively want to deal with TNB.

According to Ahmad, it’s evidence of the organisation’s commitment to change when necessary. Take digital communication, for example. TNBES is currently shifting towards the digitalisation scene to compete with other energy solution providers.

Today, Ahmad believes remote working and online meetings, made necessary by the pandemic, will prove the way forward for the energy producer’s processes to be simplified and more efficient. 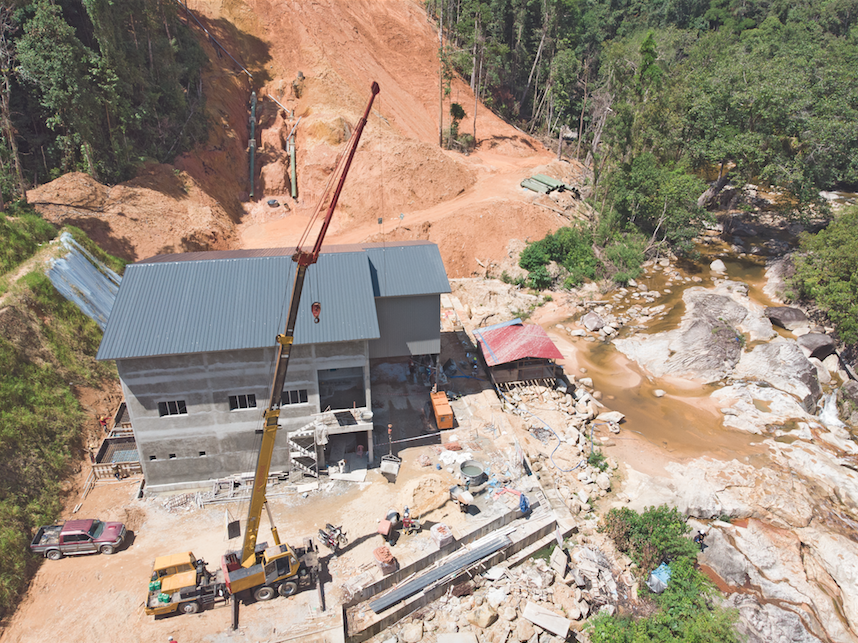 “We have the necessary capacity to be at that level, where people will know us as a company that gives an added value to them. These are the things we strive for all the time – to deliver a future. Everything needs some kind of a perfection in one way or another, and I think the momentum towards that is already there.”