For evidence of the need for a greater reliance on renewable energy sources, one should only look to China’s ongoing air pollution turmoil. The toxic smog that blankets the nation was responsible for the premature deaths of 1.6 million people in 2013, according to research presented at the American Association for the Advancement of Science last year.

The research – an international collaboration of Tsinghua University, the Health Effects Institute, the Institute for Health Metrics and Evaluation, and the University of British Columbia – also found that burning coal had the worst health impact of any source of air pollution in the region, responsible for 366,000 deaths, and making up around 40% of the deadly particles in China’s atmosphere.

Anson Zhang has a passion for renewable energy

For Anson Zhang, growing up in Fujian, China, meant he experienced the effect of poor air quality on health firsthand as his own father was tragically diagnosed with lung cancer. Making the best of a bad situation, Anson felt the call to push and promote renewable energy sources so that current and future generations can enjoy cleaner air and better health, and the environment can once again prosper. “I knew I had to play my part in changing the world,” he says.

“I wanted to help contribute to a better, brighter future for myself, for my family, and for future generations.” It’s a goal that saw him eventually move to Australia and co-found One Stop Warehouse (OSW) – a wholesale distributor of solar energy equipment, such as photovoltaic panels, energy inverters, mountings, and electrical equipment, from a large variety of solar brands and manufacturers. 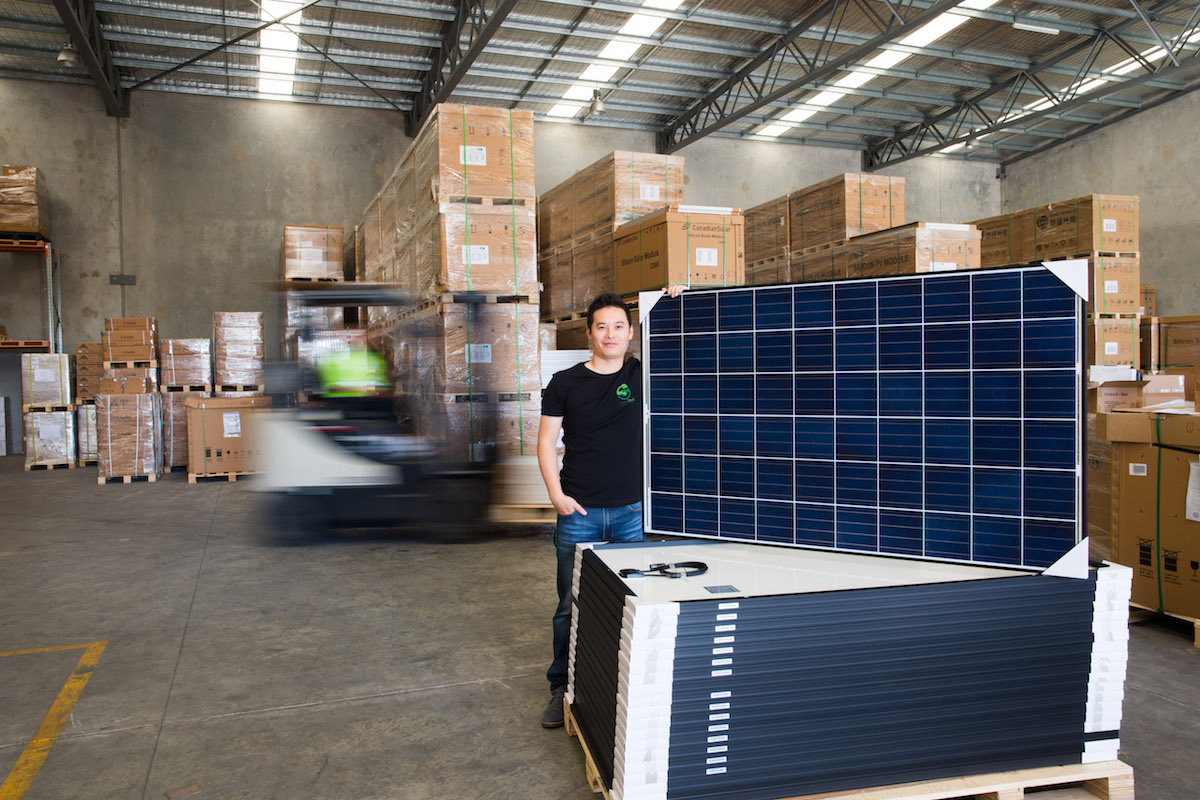 I wanted to help contribute to a better, brighter future for myself, for my family and for future generations.

While studying for a computer science degree back in China, Anson befriended a fellow student named Jeff Yu, then later, when he moved to Australia to do his MBA, he met fellow student Sunny Sun. The three of them together founded OSW in Perth, after Anson was inspired by the push towards solar power in Australia at that time. It was after he had photovoltaic panels installed on his own home that the idea for starting a business in the renewables sector came to him. Jeff and Sunny came on board to set up shop, taking on strategic executive roles, while Anson became CEO.

Four years later, OSW has grown from a three-man band to a team of 65, working out of five states and distributing solar products from a range of leading global and domestic brands. In April 2016, OSW got a boost in market visibility after it partnered with Chinese solar giant GCL, which purchased a majority share of the business for US$7.3 million.

“GCL has been a trusted provider and manufacturer of photovoltaic materials and solar modules for 25 years, and recently developed the E-KwBe solar battery system. Their partnership is a great security to our customers because it guarantees the experience and quality that not many manufacturers are able to offer,” says Anson.

For GCL, the purchase of OSW is expected to help introduce its new distributed PV integration unit to the Australian market, while OSW hopes to utilise new funding and know-how to establish a new solar farm. “GCL is the biggest solar farm owner in the world. Currently, it has 7.3 gigawatts coming out of solar farms across the world,” says Anson.

GCL originally contacted Anson to ask if OSW would carry its brand in Australia, but then it invited it to consider joint ownership. “The more we talked, the more I knew it was a good match,” Anson adds. “Building solar farms will definitely help to spur a change from traditional energy generation to the renewable energy field.”

After specialising in wholesale business for four years, Anson says, OSW’s market share has grown from 15% last year to 25% today; and to ride the wave of this growth, the company has sought to create incremental business lines by submitting its application for an Australian Energy Retailer licence. 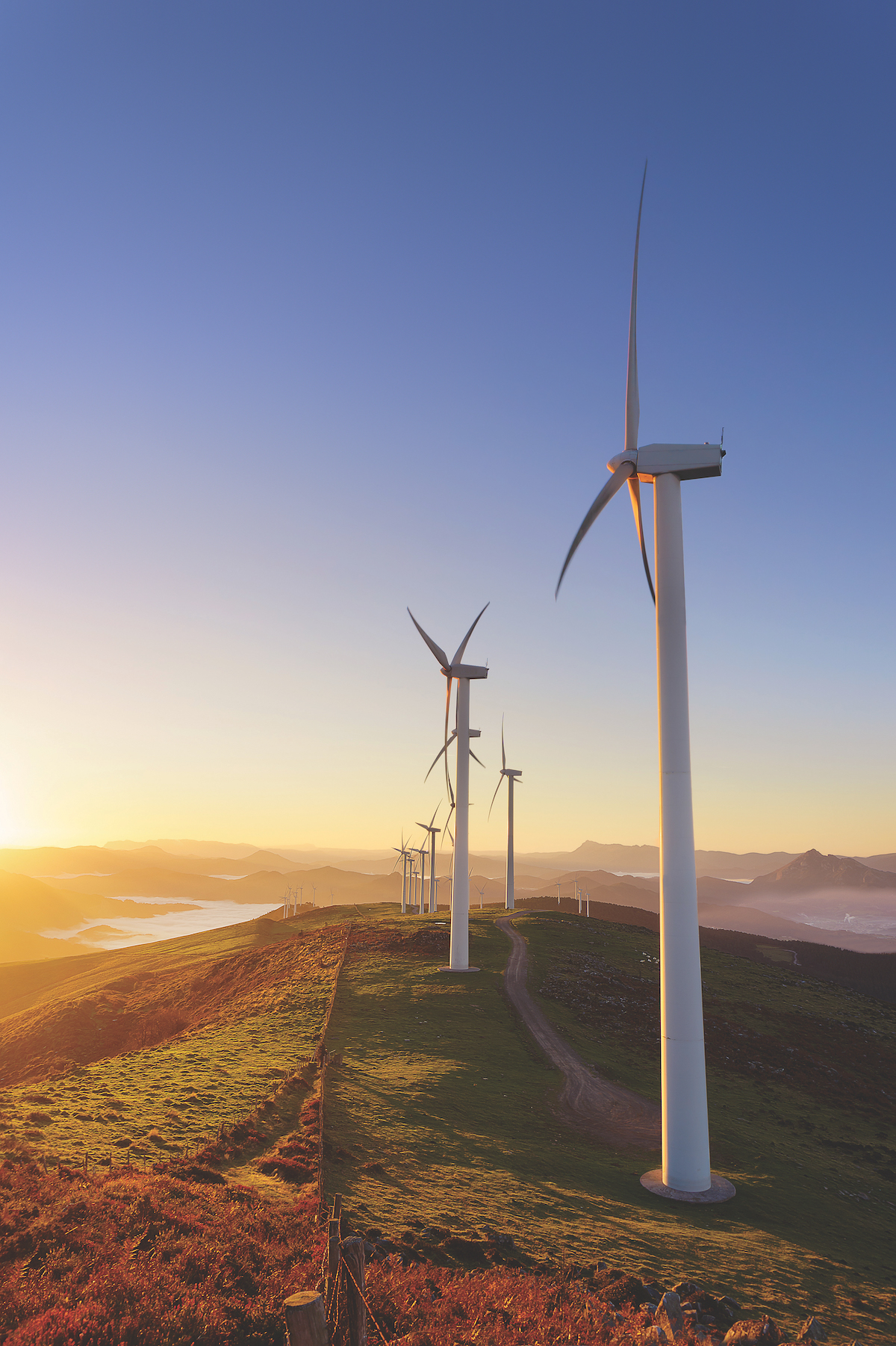 Solar renewable energy for the end user will bring down the cost of electricity, and close the gap left by other traditional sources

“Our advantage here is, because we already have between 100 and 150 different installations, as well as stockists that already deliver for us to our end users, we have a good bundle of capabilities to offer an alternative to the Australian consumer,” says Anson. “Our products can also reduce electricity costs at a time when the cost of energy is quite high, so we have a purpose to serve here. We’re also hoping to expand into the Asian market too.”

Another competitive advantage that the Australian solar operation has is the technical prowess of its leaders, with both Anson and Jeff being graduates of computer science, and having previously worked within the IT sector before founding OSW. This know-how helped the team to launch its own smartphone apps that provide customers with round-the-clock free information on pricing and availability while also allowing users to request quotes, inquire about stock availability, put in orders, record barcodes for STC lodgement, and access industry news.

“That’s a very key factor to our success. These days, a lot of business comes from people using mobile phones, so we thought solar should be in the equation,” says Anson. “We have been working on at least four or five apps for our company – one for online shopping, another two or three serve as analyser tools, and then another one is our STC Incentive tool – so that convenience, offered completely free, helps to bring the customer to us.”

The renewable energy sector is filling the gap in energy supply

“Solar renewable energy for the end user will bring down the cost of electricity, and close the gap left by other traditional sources,” he says. “We expect that in the next two to three years, renewable energy will be the same cost as traditional energy, but we can enjoy more blue skies and fresh air. OSW will be the platform to achieve this, both here and in my home country.” 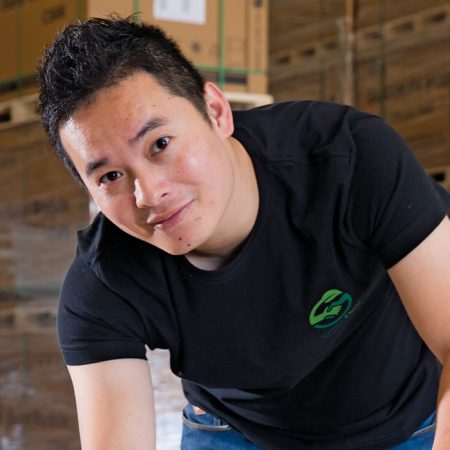