Power to the people: Arlind Mucaku 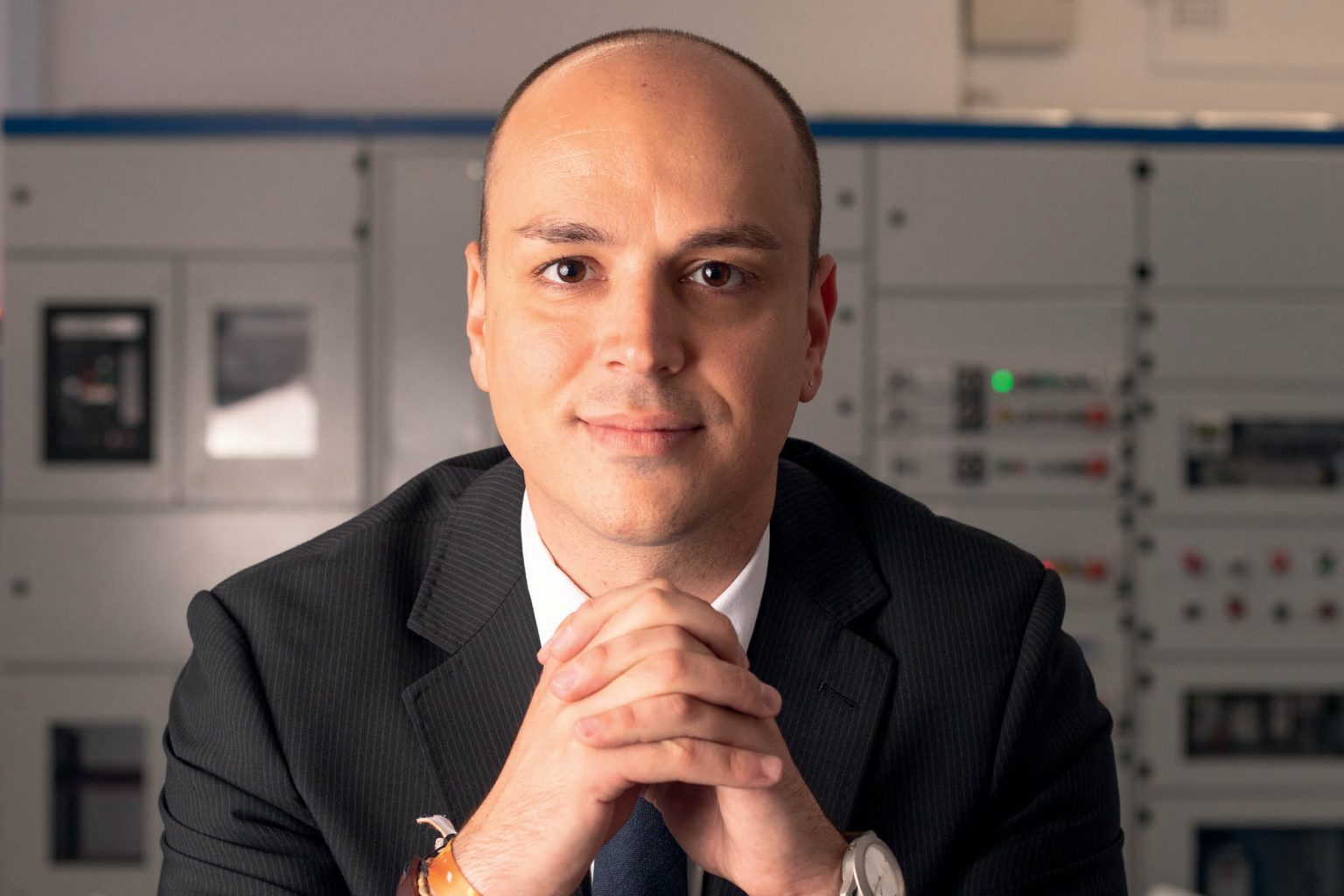 The serendipity of Arlind Mucaku’s first ever encounter with Eaton has him commenting that it was akin to “love at first sight”. He recalls the day like it was yesterday. “I was working in a restaurant serving tables to pay my way through university when, one night, I met a guest who complimented me on my work.” They started chatting and Arlind found out that the man was the Vice President of the EMEA Supply Chain for Eaton. “I didn’t know much about the power management industry then,” Arlind admits.

“But I told him that since I was studying business with specialties in logistics and e-business, perhaps we would work in the same field one day.” The conversation ended with the man passing Arlind his business card.

“Three years later, not only were we working in the same industry, we were also in the same office block, in the same department, in the same company – Eaton.” Fast forward nearly 10 years, and Arlind has built a long and fruitful career with the company.

After proving himself under the firm’s career development plan, he embraced the opportunities to work in increasingly senior positions in Eaton’s various locations around the world, from Germany to the UAE, where he spent four years, and now, South Africa.

To lead distributors across the continent isn’t easy, but Arlind says that he is guided by a clear vision of what he would like to contribute to Africa: supplying consistently quality products to support the electrical infrastructure of Eaton’s clients.

“It is estimated that about 600 million people on this continent do not have access to electricity. There’s Angola, where electrical coverage is only 32%, with an average of 760 hours per year of power outage. Then, there is Nigeria, which is considered to be one of Africa’s biggest economies and has access to electricity at an estimated higher rate of 56.4%, but with a power outage of 4,600 hours,” Arlind reveals.

“In general, emerging markets are more volatile. But with volatility comes great opportunity, and I believe that if the company is geared for growth, it can make a big difference in these markets. It boils down to agility – the ability to understand the customers’ needs, and then offer a tailored solution.” 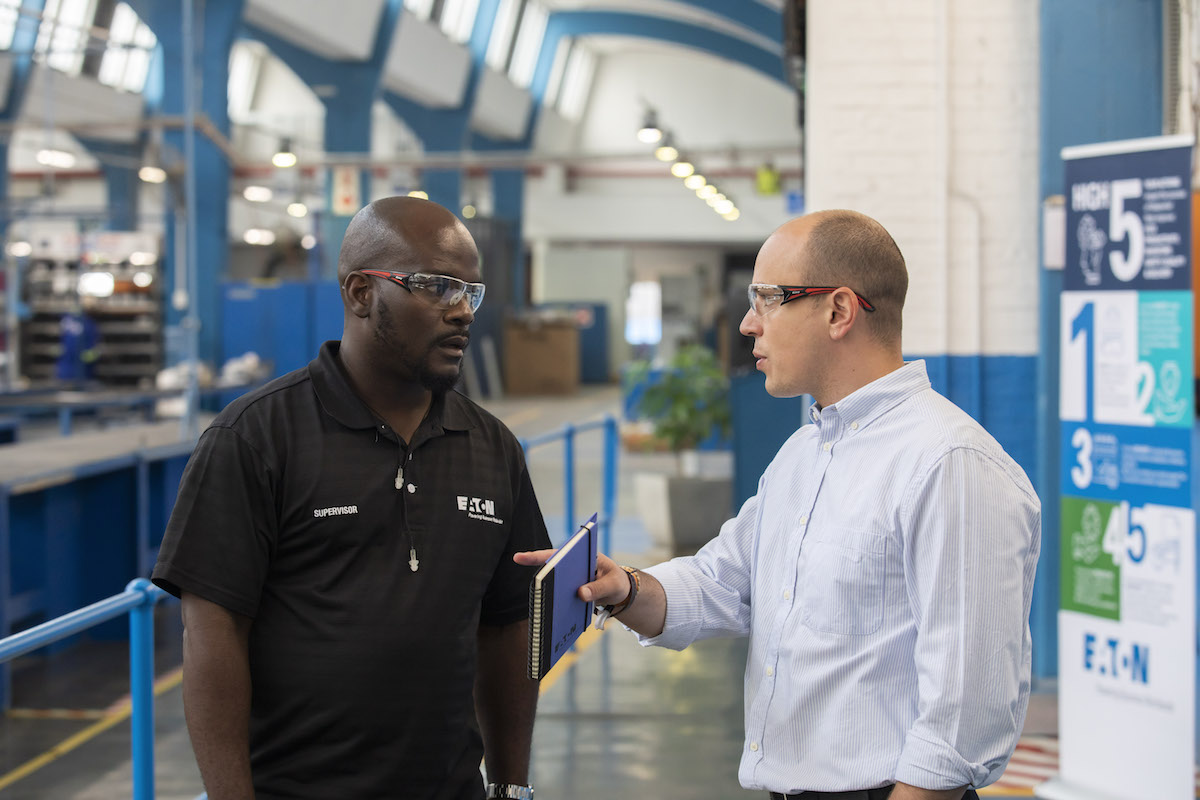 For Eaton Africa, this means finding ways around the continent’s unreliable electrical infrastructure. The answer lies in the microgrid, which Arlind describes as a “standalone power generation, distribution and storage system”.

It provides a reliable, efficient solution to unexpected power loss, effectively balancing spikes in energy demand, optimising energy usage for more reliable power, and reducing operating costs and carbon emissions. He explains why it is an effective solution for the continent.

“In South Africa, utility charges for electricity vary at different times of the day. During peak hours, which are when the industries, offices and households are active, the load on the national grid is the highest and the charges are therefore at their highest too.

At night, outside of peak hours, the rates are reduced. The microgrid is charged during non-peak hours and the power is stored in the battery of the grid.

By using this stored energy when the peak hours kick in instead of getting it from the national grid, it’s possible to reduce the utility bill by 35%.

“Using a microgrid gives our customers autonomy in their power management and eliminates the costs associated with unexpected power outages. Because we take our stored energy from solar panels, it’s also a way to facilitate wider adoption and deployment of renewable power as well as reduce CO2 emissions.”

It boils down to agility – the ability to understand the customers’ needs and then offer a tailored solution.

For its contribution to reducing the demand on South Africa’s national grid and regional infrastructure, Eaton’s Wadeville Microgrid project was awarded the Industrial Energy Efficiency Award 2019 at Hannover Messe, an annual high-profile trade fair focused on industrial transformation in Germany.

“Power outages are a massive disadvantage, especially for small to medium enterprises, but also for the entire economy in general. There’s not much we can do these days without electricity and water,” Arlind says.

“Unfortunately, there is an imbalance between the demand and supply of electricity in Africa. What Eaton can do is decentralise and democratise access to energy. We are dedicated to helping customers manage electrical, hydraulic and mechanical power more efficiently, safely and sustainably.” 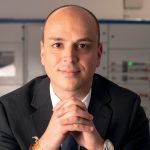