Arun Lakhani leads by the four P’s: People, Public, Private and Partnership. All those fundamentals need to be involved in developing water operations successfully across India. “Water is a resource we need to respect and preserve,” Arun says. “We need sustainable practices to ensure future generations do not face severe crunches, particularly for a country like India, where we have a large population.”

Arun has been Chair and Managing Director of Vishvaraj Group since acquiring the company in 1999. The business started its operations with public-private partnership (PPP) projects in the roads and highways sector before diversifying into the water industry.

“In 2007 and 2008 we started looking at water, when the idea of water infrastructure on a PPP basis in India was brought up,” he explains. The company now primarily concentrates on water distribution, sewage treatment and reuse.

Arun believes sewage water, when treated, is a much better alternative for industries than fresh water, which can be used for the purpose of drinking. “We always felt that sewage must be treated as a valuable resource. In future, the question will not be around the price of water but whether water is available,” he says.

“We need sustainable practices to ensure future generations do not face severe crunches.”

Despite the prospects, India’s previous governments were initially resistant towards the idea and insisted on keeping water as a one-way street; used and then thrown out. “This would eventually cause a shortage,” Arun says. “We would be doing a disservice to this natural resource because 80% of water comes back as sewage – unless we treat it and use it for non-potable purposes, thereby keeping the costs low, while it still releases fresh water.”

With Veolia Water, France, as a 50–50 joint venture partner, Vishvaraj Environment implemented India’s first full city project, the aptly named Nagpur 24×7 project, to provide 24/7 water supply for the 2.7-million population city of Nagpur under a PPP model. Within seven years of operation, the water supply was improved to the extent of providing sufficient water for the entire population of Nagpur.

Vishvaraj Environment has also commissioned a sewage treatment plant under a PPP model, making it the largest PPP concession in India’s wastewater sector. “We have installed a sewage treatment plant that generates 200 million litres per day, of which 190 million litres are sold to the Maharashtra Power Generation Company (MAHAGENCO) for use by the power plant,” Arun explains.

From there, the 190 million litres of fresh water from MAHAGENCO are transferred to the city for consumption. “This has given Nagpur water security for the next 35 years,” he says. During the past seven years of providing water to people living in Nagpur, the impact, particularly on women and the underprivileged, has been unprecedented. “We were told that before the 24×7 water supply project in Nagpur, women were spending six to eight hours collecting water in public queues, but now they are free to go out and earn wages for the family,” Arun recalls.

The second goal Arun has is to reduce non-revenue water to below 25% in 10 years. He says the amount of rainfall and available water in India is sufficient if appropriately utilised. “Our problem is that we have 50% non-revenue water. We use a lot of water, but we do not use treated sewage water, wherever possible,” Arun says.

According to an India Infrastructure report, the nation’s current installed wastewater treatment capacity across the country’s larger towns is only around 30% of the total generation, yet only 55% of this is operational. If industrial businesses, such as power plants, use treated water rather than fresh drinkable water, that in itself would allow water security for 160 million people, roughly 13% of India’s population.

Vishvaraj Environment projects also include water distribution and sewage treatment, as well as operations and maintenance of water assets in Karnataka, Chhattisgarh, Maharashtra and Jharkhand. The company has spread its presence to Rajasthan, Haryana, Bihar, West Bengal, Gujarat, Telangana and Andhra Pradesh, among others. The realisation of water scarcity in India is there, Arun stresses.

It is why the industry is seeing such significant growth. India’s water industry has become a multibillion-dollar industry on the back of rising water shortages and pollution. Companies are being driven to develop innovative technology ideas and management solutions. Although there is no official figure available, it is estimated that India’s water business investment requirement is currently close to US$80 billion.

Against the backdrop of a growing urban population, increasing water shortages and advancement of enterprises in the water sector, Arun remains confident that Vishvaraj Environment will remain a market leader. “Understanding of the sensitivity and social nature of the water business is what sets us apart from our competitors,” he says.

The business also intends to dive into solid waste. Arun believes it’s an area that has been long neglected. In terms of challenges ahead, Arun says, right now it’s about getting organised for expansion and to get the funding in place. The company is currently bidding for projects in Mumbai, Ganga and many other locations. 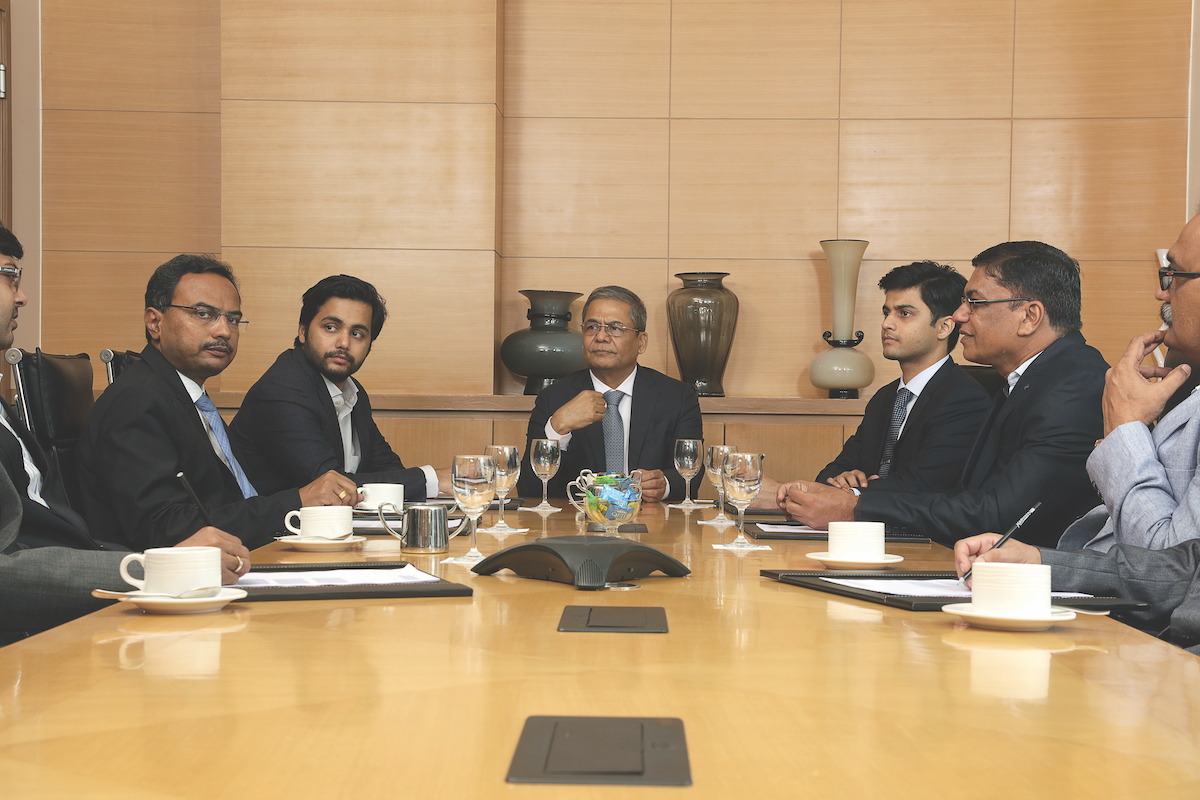 “We have a good team that is working on execution and operation maintenance to help with expansion,” he says. Along with a growing portfolio, the company is also aiming to add new people and retain those who are performing well.

“In any expansion growth, there is always disturbance because there is a lot of restructuring happening,” he says. “You have to keep on growing and adding new people.”

For an operation of this size to work successfully, Arun attributes the company’s stable partnerships with suppliers. “That’s the only way to do it. Reinvesting time in finding new suppliers doesn’t help the business,” he says.

“I believe for companies to have a successful long-term relationship, both sides need to be transparent and clear about their roles and responsibilities.

“Our suppliers become our partners in ventures. A one-time deal does not justify the time and effort. It only becomes efficient when you replicate it.” The partnerships also offer an opportunity to learn and improve. One of its partners in Nagpur, Veolia, has collaborated with Vishvaraj Environment for risk analysis and mitigation in Nagpur’s water contract.

Arun received an award for Best PPP Model in Water Management by ASSOCHAM at the National Conference and Awards in June 2019. Vishvaraj’s Nagpur 24×7 project was awarded Best Water Practice by Narendra Modi, Prime Minister of India. Under Arun’s leadership, the company is now in the top 50 private water operators globally. The awards acknowledge excellence in water, focusing on innovation, contribution, benefits and potential and more. On the award, Arun reflects, “Such recognitions make us more aware of our responsibilities towards citizens, as a leading water utility. It also motivates us to continue to innovate and provide solutions to the environment and urban infrastructure issues in a sustainable way for our future generations.”

Arun adds: “I believe for companies to have a successful long-term relationship, both sides need to be transparent and clear about their roles and responsibilities.” Veolia and Vishvaraj Environment are now in their seventh year of business. The relationship operates smoothly due to “transparency for all parties”.

He adds: “The key is the comfort of trust.” The company also works with C Tech for the sewage treatment plant technology and many such national and international partnerships. Arun’s leadership philosophy stems from his work in other organisations.

He has been involved in managing an association that runs 700 single-teacher schools across Central India’s tribal belt, and heading the State Association of Badminton. “Meeting new people from different backgrounds and perspectives always amazes me. It also provides newness to my thought process,” he says. “New interactions bring freshness to my thinking.” 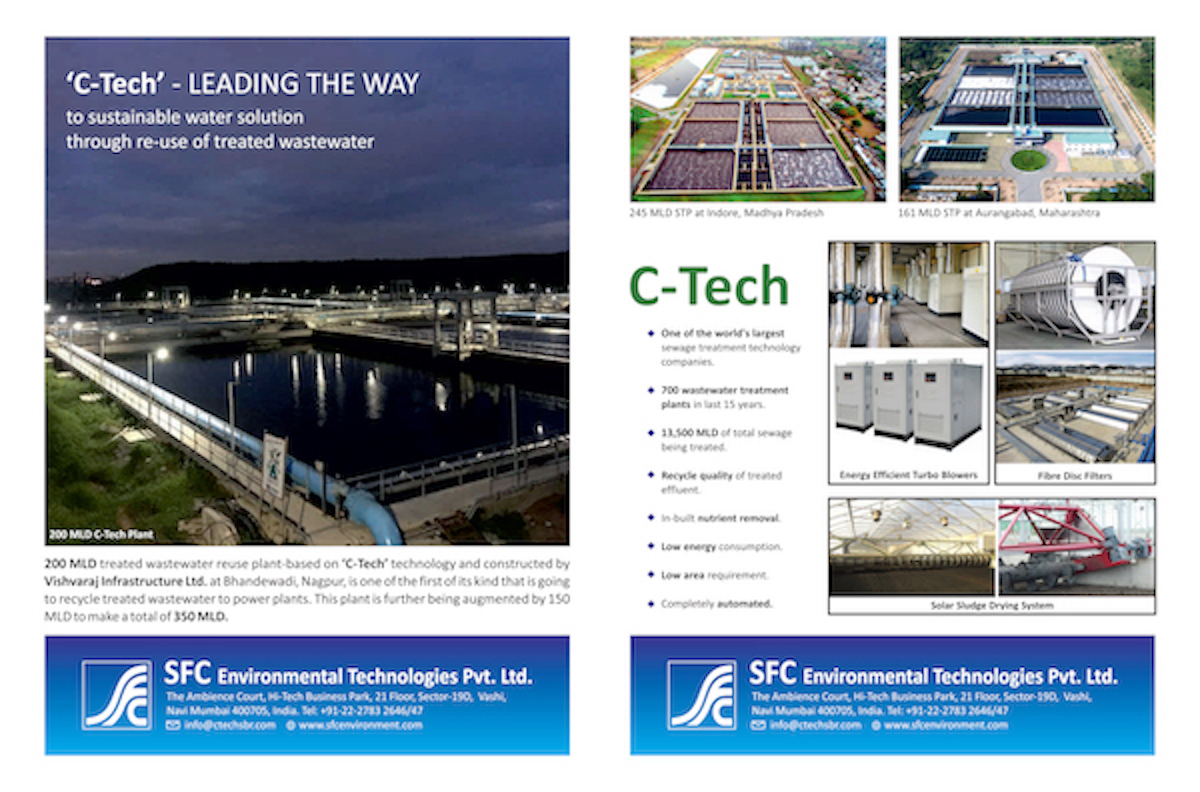