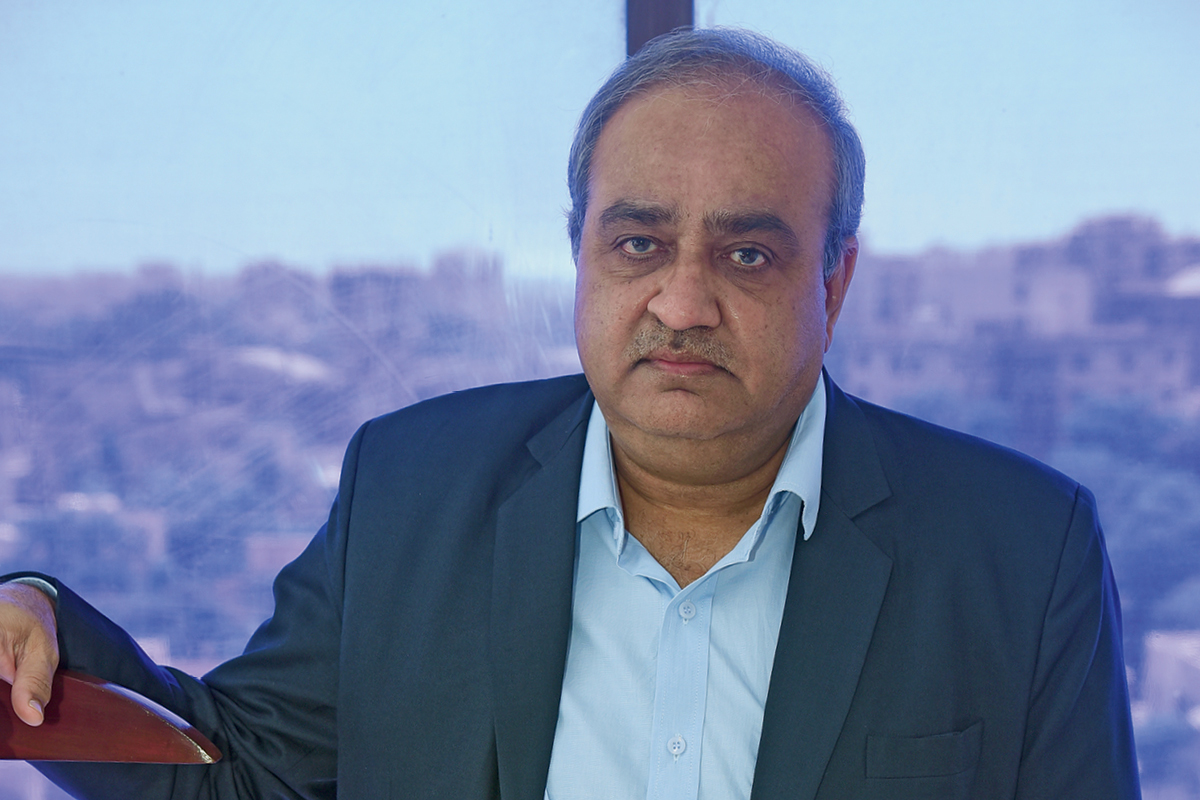 BB Chauhan has spent much of his professional life in the generation and transmission segment. Since obtaining a bachelor’s degree in electrical engineering, he has been driving initiatives, providing mentorship and deploying innovative ideas.

In February 2017, Chauhan embarked on a new venture, one that would offer a chance to develop and grow the transmission network of Gujarat’s power sector to integrate the huge upcoming quantum of renewable energy.

The power sector is moving more and more towards green energy.

“Gujarat’s renewable energy sector intends to expand capacity by more than 17 gigawatts throughout the Gujarat area. We already have a plan to increase transmission capacity to the tune of INR10,000 crore [US$1.32 billion] in the next three years.”

Similarly to many other industries around the globe, integration of renewable energy is currently one of the main areas of focus for the electrical power transmission company. The Gujarat-based business has, for some time, been working hard to ensure it’s ready for the future by wisely investing in the present. Chauhan admits that the future of the Indian power business firmly lies in renewable energy.

“Any energy generated with natural resources is sustainable energy,” he says. “The power sector is moving more and more towards green energy.” GETCO plans to invest more than US$290 million in FY2021 to add 80 to 100 substations and 2,000 circuit kilometres of lines.

According to a report published last year, the share of renewables in the state’s power sector is expected to grow significantly, with the government aiming to have more than 17 gigawatts by 2022. Gujarat currently has an installed renewable energy capacity of about 8.7 gigawatts, approximately 31% of total installed capacity.

The report also highlights that wind and solar make up 22% and almost 9%, respectively, of the total installed capacity of the state. The Government of Gujarat has also expressed its goals of increasing the state’s capacity for renewable energy to approximately 50%.

Gujarat has set an ambitious target of adding 15,000 megawatts to 20,000 megawatts total installed capacity over the next few years. In January 2019, the government announced that solar power generation would be increased by 3,000 megawatts annually.

However, there are several challenges in integration of such a huge quantum of renewables. The report indicates a challenge in renewable energy forecasting and a need for capturing real-time data continuously.

The report also signifies the daily rise of threats to the cybersecurity of data and application. To ensure a smooth transition to sustainable practices, GETCO has been working on several initiatives, such as developing innovative technologies along with availability of real-time data of renewable energy.

“In the transmission sector, there are a lot of state-of-the-art technologies on offer,” Chauhan says. He acknowledges that “for integration of such a huge quantum of renewable energy, asset management is gaining prominence as aged and obsolete technology assets in the transmission grid are the major cause of breakdowns and unsafe operation”.

To provide support system devices for a secure and reliable grid operation, he explains that GETCO has drawn a road map for installation of infrastructure maintenance tools and system improvement plans called the Renovation & Modernization Scheme.

“And IT and Communication infrastructures would be the backbone to decisionmaking tools. “GETCO is a pioneer in adopting advanced control and monitoring devices, diagnostic equipment and tools, installation techniques, hotline maintenance tools, and we have the IT&C skills to use O&M data meaningfully.”

Going forward, the company has set up a renewable energy management centre, equipped with forecasting and scheduling tools and real-time monitoring of renewable energy generation for ensuring grid stability.

Chauhan has also led the adoption of technologies that monitor, operate and control the transmission system across the state.

Chauhan started his career as an apprentice at Gujarat Electricity Board in 1984 and has since been actively growing his career in the power sector. He has experience in the transmission business and regulatory, generation and commercial aspects of the power industry. Before joining the team at GETCO, Chauhan worked at Sardar Sarovar Narmada Nigam Limited (SSNNL) for 15 years. The company oversees a gravity dam on the Narmada river near Navagam, Gujarat, that provides water and electricity to four Indian states, and is one of the largest dams in the world.

At SSNNL, Chauhan was part of the team that commissioned the 1,450-megawatt Sardar Sarovar hydro project and a 400-kilovolt gas-insulated switchgear substation. “At that time, I saw much potential in the transmission sector,” Chauhan explains as his reason for moving to GETCO.

Set up in 1999, GETCO is responsible for electricity transmission across the state. It’s a subsidiary of Gujarat Urja Vikas Nigam Limited (GUVNL), which is wholly owned by Gujarat’s government.

GETCO has continued to expand its transmission network to provide for the state’s growing power demand. In January 2011, Chauhan took over as chief engineer in GETCO’s project department, where he led more than 100 projects a year while managing an investment of nearly US$331 million annually, making a total of US$3 billion.

Chauhan believes the path for company growth is through its workforce. He says GETCO is much better as a public company rather than a private enterprise, citing the fact the business can provide all of the necessary opportunities to grow and upskill its employees across the entire company – which, he believes, “never happens in a private enterprise”.

Employee retention and finding skilled workers are two of the issues Chauhan and GETCO face. “There are many challenges when it comes to skill sets and the availability of manpower,” he says.

Chauhan adds that the lack of human resources is because the new generation isn’t interested in working at the field level. Instead, they want to work in the office. To mitigate these obstacles, the company is providing proper training and encouragement for its employees.

“There will always be challenges, but we’re moderating them,” he comments. GETCO employees often have the opportunity to participate in seminars to understand all the levels of the business and have a better grasp of their requirements.

Being in a managerial role, Chauhan is responsible for every area of the organisation – from the lower level to the higher manager tier. “We’re constantly motivating staff through proper training, incentives and by having the right people doing the right job,” he says.

“We’re tapping the potential of individuals by providing them with the right position, so that they can contribute at their highest efficiency. Only then can we truly increase the overall efficiency of the company.”

Chauhan adds that GETCO’s success is measured by the success of its people. “Nobody can succeed on their own.”

The company’s core values are at the heart of how the business operates and how Chauhan leads the team. The importance of ensuring customer satisfaction, a participative work culture, the pride of belonging, excellence as well as being ethically and socially responsible are all part of GETCO’s culture.

“Customer satisfaction is the prime motto of our company, particularly at the management level,” Chauhan says. “I’m heavily involved in this. No customer should be deterred from working with us – whether it’s a customer who’s going to be a supplier, a consumer or other stakeholders.”

GETCO employees should also feel proud of their achievements and contributions. “We continually motivate staff to attend seminars,” Chauhan says. Indeed, to inspire excellence, he rewards his staff with cash prizes.

GETCO also organises regular brainstorming sessions to ensure collaboration. “That’s why we’re one of the best companies,” he says. “It’s because of what we’re creating here. And, most importantly, we all believe in the business.”

The other significant part of GETCO’s success in the power industry is its enduring relationships with suppliers and stakeholders. Many have been with the business for more than 10 or 15 years.

Chauhan says “nobody has withdrawn” and that all suppliers still participate with GETCO. The longevity of these partnerships is a result of a mutual understanding – both ends see their value and feel appreciated.

“We understand the value of the suppliers and fully support them,” he notes. “We make time to remember the suppliers and take care of their issues and concerns.” Additionally, he describes stakeholders as partners and “an extended arm of the organisation”.

Without such firm bonds, the business wouldn’t be able to perform as well as it does. “We consider all stakeholders a part of our GETCO family,” he explains. This familyoriented way of operating is the reason for the continued strong bond with suppliers and stakeholders.

Looking at the future of the business, Chauhan shares several areas that GETCO is continuously looking to improve to ensure its sustainability and longevity. Firstly, he highlights that the involvement of staff, stakeholders and suppliers are very much at the core of the business – a significant area that will continue to receive much attention from the leadership team.

“Also, we need to go ahead with standardised processes to ensure faster services,” Chauhan relays. “Knowledge sharing is also essential because people sometimes keep their expertise to themselves. Lack of communication has created issues down the track.”

The investment in new technology is also at the forefront for GETCO – especially as it continues its growth. “We’re the first company to adopt much of the new product,” he says.

“We have specifically developed a vendor development policy. So that when the manufacturer develops products, we’re providing our network for installation straight away and can also carry out the performance of the product.”

Chauhan tells The CEO Magazine that any industry cannot flourish if it doesn’t take care of its people. “To ensure business growth, we need to value our staff, stakeholders, suppliers and partners,” he says.

Every person who works with GETCO is part of the puzzle, part of the family. And everyone is equally crucial in ensuring that every household continues to shine. 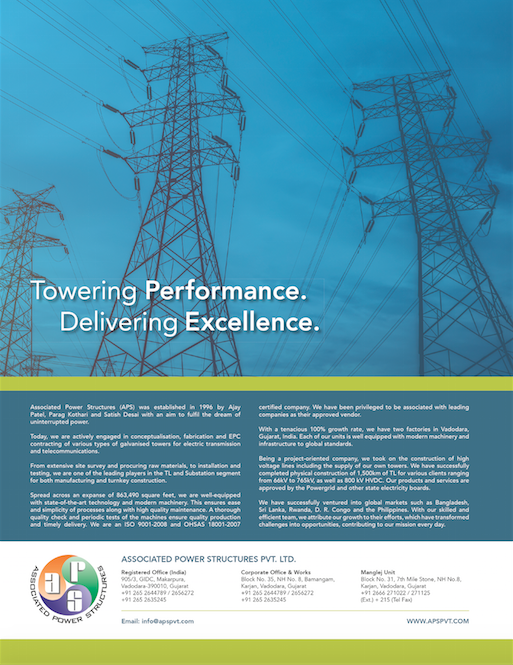 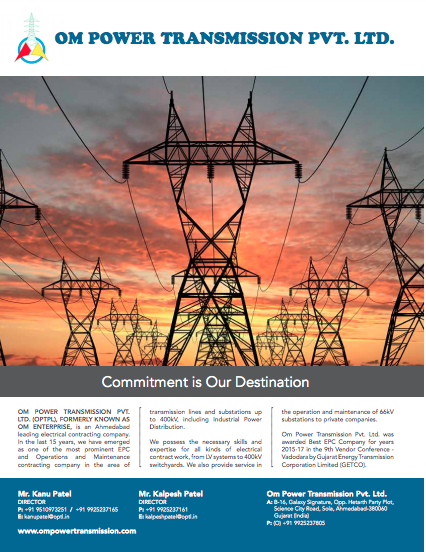