Nothing Like the Sun: Frank Phuan and Lawrence Wu 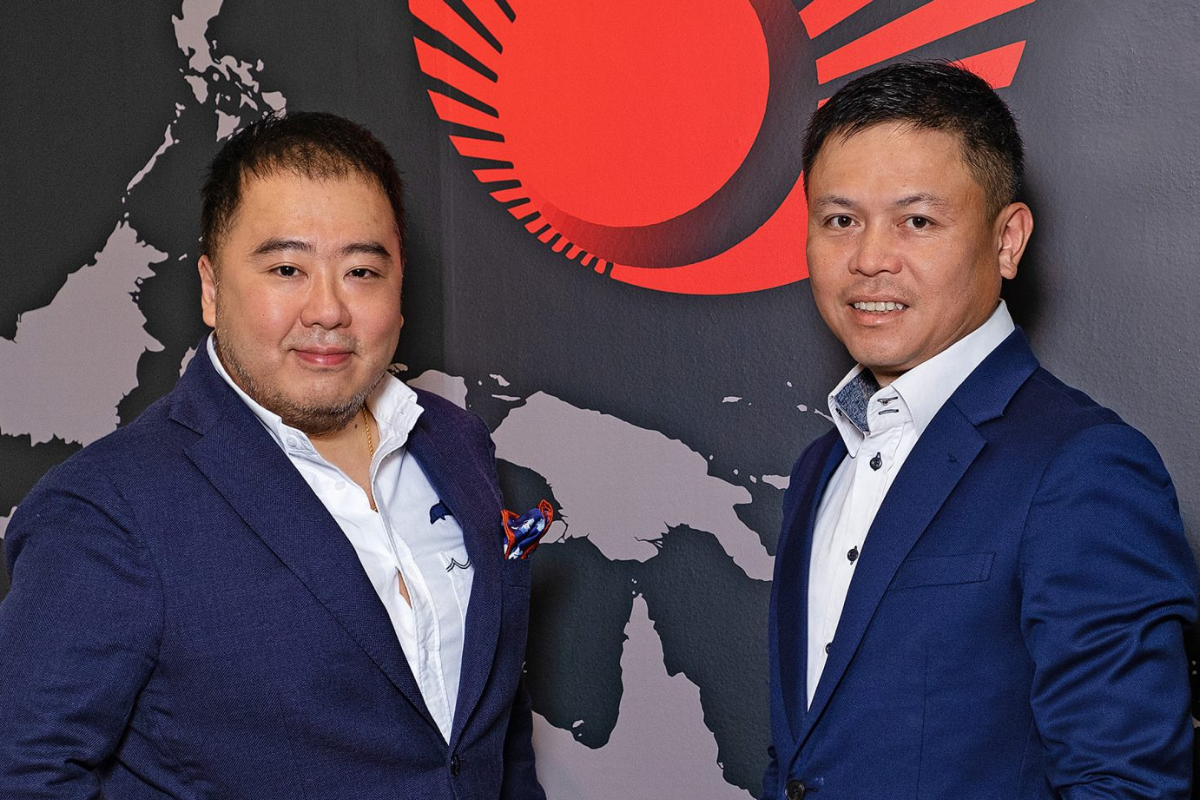 There exists, in the Johore Strait that separates Singapore and Malaysia, an island with the power to change the world. While dugongs frolic beneath the surface, the floating solar photovoltaic farm absorbs the rays of the sun and sends the resulting energy straight to Singapore’s grid.

Expected to produce close to six million kilowatt hours of energy annually, the solar farm has the potential to offset around 4,000 tonnes of carbon dioxide as part of Singapore’s journey to a renewable future. It’s the latest completed venture of Singapore solar energy provider Sunseap, whose portfolio generates close to two gigawatts-peak across the Asia–Pacific region. As Sunseap Group CEO and Executive Director Frank Phuan puts it, it’s all about growth.

“Sunseap’s contracted solar capacity in Singapore crossed the 350 megawatts-peak milestone in 2020. But in the midst of the COVID-19 pandemic, the government announced a target of 1.5 gigawatts of solar by 2025,” he says. “That means whatever effort we put in over the past 10 years has to be repeated every year from now on. It’s not a simple task, but the government is committed and so are we.” A decade on from its inception, Sunseap has proved that commitment through its indefatigable work in the solar space. In its second year, Sunseap had moved to Malaysia; in its third, Australia. Now, Sunseap has a presence all across the Asia–Pacific region to the extent that its limits have extended beyond even the sky.

For a country famous for its lack of natural resources, achieving a zero-carbon goal seems like a distant dream. “We need so much power,” Frank reveals. “And if we allow energy consumption to go on as it is, Singapore will never meet its commitments. We need to replace brown energy with green energy, and that’s why we’re doing what we’re doing.”

Beyond solar, batteries are a big part of the company’s strategy, particularly surrounding the much-discussed cross-border power interconnect between Singapore and Malaysia. “We’re currently working with Tenaga, the Malaysia grid operator, on a tender,” Frank says. “If we’re awarded this project and execute it, we will be the world’s largest battery.”

The Singapore government’s request that its energy be non-intermittent provided Sunseap with a challenge of another kind, given its bread and butter is inherently intermittent. “When you talk about solar, you know that on cloudy days or at night, you won’t be producing energy,” Frank points out. “And so you need batteries, a huge amount of batteries.” A second floating solar farm has been proposed for Batam, and upon completion would provide power between the Riau Islands, Indonesia and Singapore as well as create thousands of jobs. “We look forward to having more interconnects coming to Singapore, having more green energy made available to people and companies here,” Frank says.

We hope our work can impact lives in a positive way. We want to be Singapore’s new energy story. – Frank Phuan

But Sunseap isn’t alone in its efforts to revolutionise Singapore’s power landscape. The company has joined forces with ISOTeam on several projects, the most recent being the floating PV system in the Johore Strait. “We appreciate what the ISOTeam crew brings to the table,” Frank shares. “They’re experienced and patient in their dealings, and we can count on them to devise the best solution for any issues that come up. We’re glad to be working with such a solid team of professionals on our upcoming plans.”

What these plans illustrate is a future in which an ASEAN grid handles the power needs of the region. “I believe Singapore would be in the centre of such a grid, with our neighbours from the north and the south contributing to the green energy reserves,” Frank says. “So what we’re doing now is really building a vision for Sunseap.”

Sunseap’s current coverage is the result of years of focusing and refocusing efforts. “We had a solar farm, a sizable one, in India, but we exited that project. We had a project in the Philippines, we exited that project as well,” Lawrence says. “When we exit a project, we exit the market. Resources are finite – you can’t deploy them everywhere – so we refocus on the markets that can bring us the pace we’re looking for.”

Despite far-reaching future designs, Frank believes Sunseap’s story has gone beyond the boundaries of the company and become a part of something bigger. “Sustainability is trending now, but what we do is not about trending,” he explains. “We hope our work can impact lives in a positive way. We want to be Singapore’s new energy story.”

“ISOTeam has actively worked with Sunseap Group on many projects since 2015 and has learned much from their expertise in renewable energy. Today, they are an important growth partner for our Group as we support Singapore’s sustainability goals and expand our services in this sector.” – Anthony Koh, Executive Director and CEO, ISOTeam