Pipeline to the future: Gyan Prakash 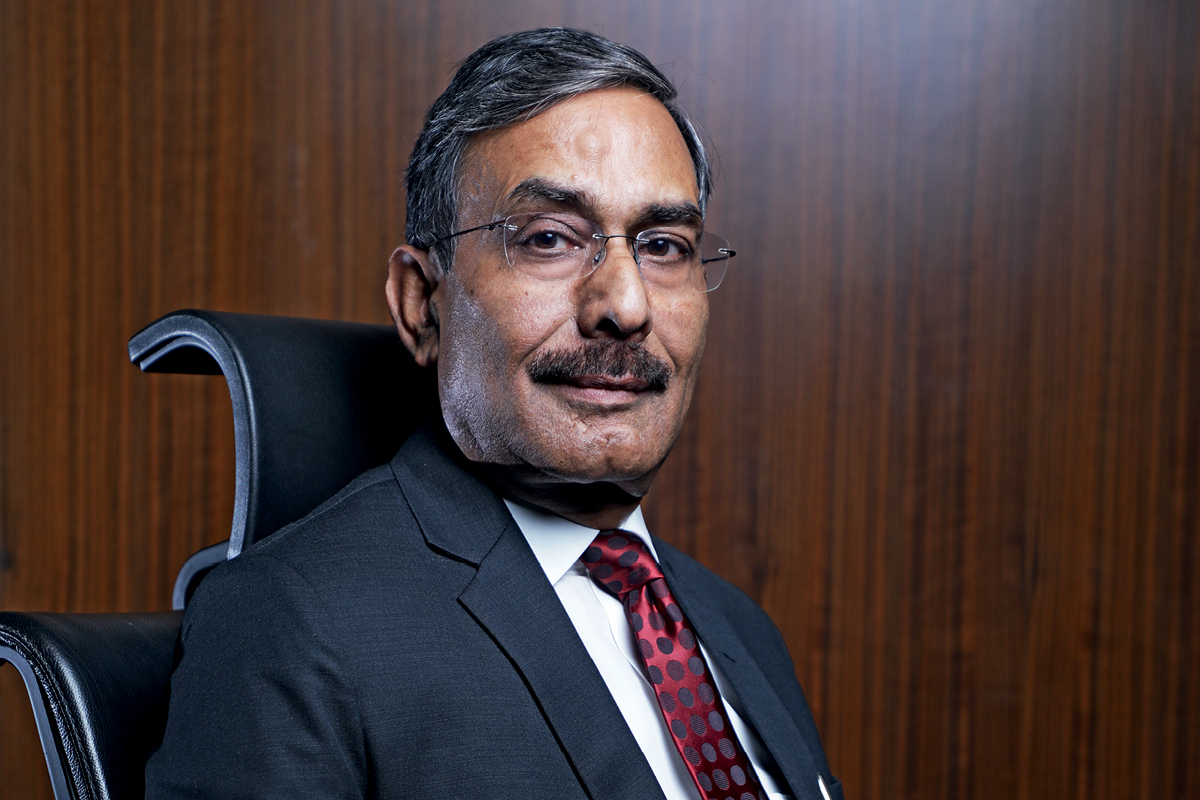 India’s insatiable demand for development places enormous pressure on its infrastructure, including that for the oil and gas sector – the ‘backbone’ essential for the country’s staged growth. That infrastructure acts as a foundation for economic and social cohesion, but it’s also a catalyst for new technology and innovation, which in turn is a magnet for entrepreneurs.

The Group, founded in 1969, has been deeply involved in India’s accelerating infrastructure push by taking on engineering, procurement and construction (EPC) projects, also at times using a Build, Operate, Own and Maintain (BOOM) model.

One company in the Group, Kalpataru Power Transmission Limited (KPTL), combines research, engineering and manufacturing at its state-of-the-art facilities in India with an ultra-modern tower testing facility, making it among the largest power transmission companies globally.

KPTL has a presence internationally in Africa, the Middle East and CIS countries, Scandinavia, Australia, the Asia–Pacific region, and the Americas.

The Oil and Gas Infrastructure business of KPTL is a later addition to its Power Transmission field of expertise. The Group called in Gyan Prakash to establish it, bringing with him more than two decades of experience in the field, some of those years as a consultant.

That was in 2004, and Gyan has been at the helm of the Oil and Gas business of this dynamic enterprise ever since as President and CEO. “The Group has always been very focused on being in the right place at the right time,” he outlines.

“It has sensed growth opportunities in emerging areas, and has always taken steps to get into it with the right people. In 2001, it commenced international EPC contracting of power transmission work, and in 2004, the Group started the Oil and Gas business of this dynamic. In 2007, it started the Railways division. So the Group has been vigilant in all spaces, in government policies, international markets and economic data. Then, based on its experience, it took the steps forward to start various additional businesses beyond what it already had.

“When I came in contact with Kalpataru Group, I was actually a consultant to various companies working in the oil and gas sphere, because of my 23 years in the industry as a leader in various public sector units, and also in the private sector. I helped start this division because, at that time, Kalpataru Group was not into oil and gas, and they were looking for someone to lead it. So we started this from scratch. That was the time when growth for oil and gas pipelines was really taking off, and the government had very big plans for setting up a national gas grid and lots of pipelines for taking the oil and products to various corners of the country. So there was big potential for growth, and there were not many competent companies.”

From 2004 until 2010, the company enjoyed considerable growth and established a reputation as a trusted contractor in the field. But, according to Gyan, from 2011 there were setbacks to the industry because of government policy paralysis and landowners not allowing construction work because of the expectation of much higher compensation than was determined by the Government, and which was not provided for by sponsors of projects.

This was, says Gyan, a very delicate situation for five years, during which many businesses working in this area had to close. KPTL survived because of long-term strategic initiatives and containment of its cost base. “But in the last three years we’ve seen fantastic growth,” he enthuses. 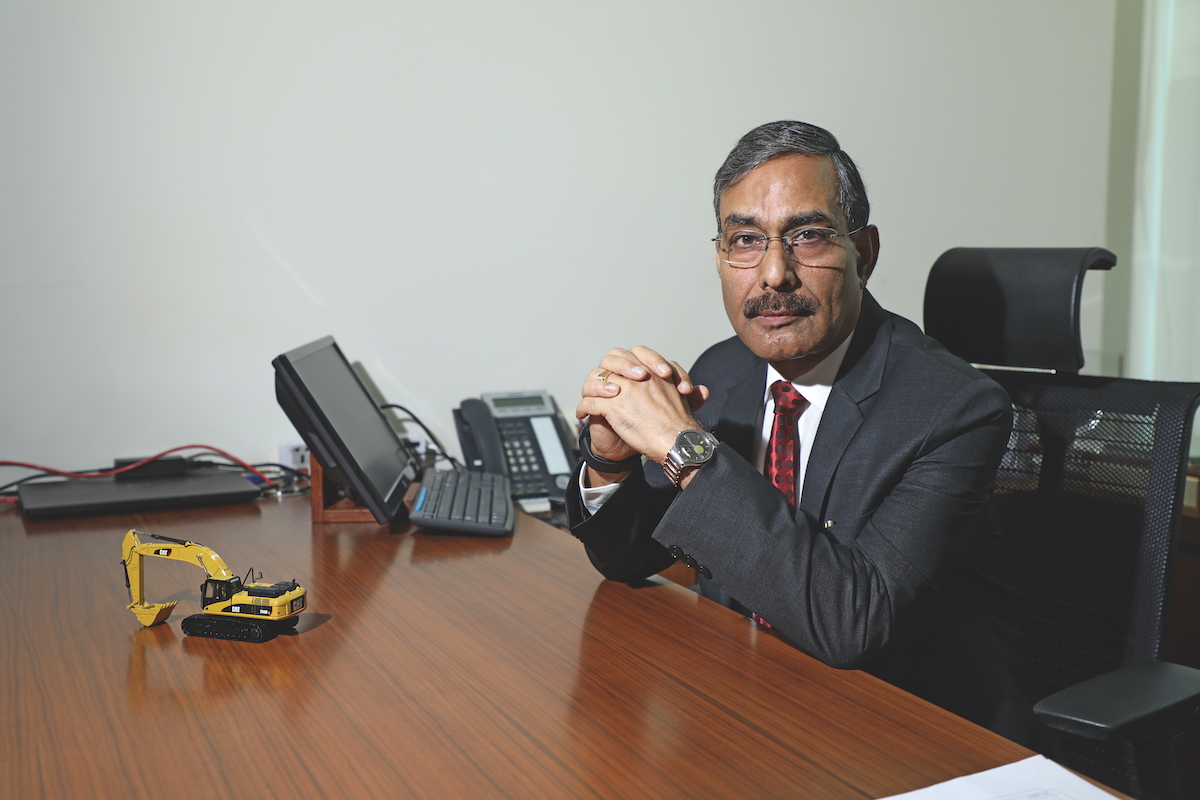 “In 2017–18, we doubled our size, and then we doubled it again in 2018–19, so now we expect to grow at least 20% every year in this field. And in two to three years’ time, we want to double it again. Last year, we achieved US$1 billion as standalone Kalpataru Power Transmission Limited, and with a margin upward of 10%, which has been growing steadily every year. We’re not only growing the top line but also growing the bottom line in percentage terms, which shows that people are excelling in their performance.”

The very nature of KPTL’s field activities is dangerous, and Gyan is well aware of the potential for disaster if stringent safety regulations are not followed. This is the company’s priority.

“The most important thing is zero accidents,” Gyan insists. “First, we focus on safety and then we focus on having a healthy bottom line so that we can give value back to our shareholders. These are the two things that create everything else that comes after. That means we should have cost controls, proper monitoring and project management, and we should have just-in-time delivery of materials.”

“The most important thing is zero accidents. First, we focus on safety and then we focus on having a healthy bottom line.”

Gyan points to a common business challenge in India: recruiting the necessary skilled labour to handle the myriad technical demands of projects. As the education system in India accelerates to meet demand, its graduates are snapped up by needy companies.

“What we have done is start training people across the different areas,” Gyan explains. “We have our own learning centres as well as designated learning partners where we keep people for three-month and six-month periods to train them and prepare them for our future projects. Because of the sudden growth of projects in this particular sector, the demand for such people is very high.

“We need more skilled workers, but with appropriate values. Our own values cover almost the entire spectrum in business ethics, which include integrity and commitment, a focus on quality, a customer focus, teamwork, and pride in their work. So once all these values are instilled among our people, we will have a workforce that will be able to deliver whatever is needed. That combination of skills and work ethic provides what is needed to deliver projects on time, within costs, with our expected quality standards and with zero accidents.”

KPTL’s major projects require complex supply chains of equipment and materials to maintain tight schedules and budgets. It takes time to cement relationships with those suppliers and contractors to ensure that every facet of each project is on track.

Gyan works assiduously with his team to maintain the connections between suppliers that are such a crucial factor in the company’s ongoing success.

“Apart from having a good team and a good working environment, it is very important to have the support of our business partners, which include suppliers, subcontractors and agencies – and also our clients,” Gyan continues. “All of them are actually business partners, and we have really healthy relationships with them. This is evident in the market.

“Apart from having a good team and a good working environment, it is very important to have the support of our business partners.”

“The contracting industry generally faces cash flow problems. Our suppliers are happy because we deal with them very ethically and we make payments faster than anyone in this industry. We have regular meetings with them, and we also hold customer/partner meetings.”

These partnerships create their own synergy, with new work won through effective tendering. Achieving this requires a cooperative effort from everyone involved: analysing each project’s challenges, foreseeing problems and working as
a single unit to deliver a program that not just delivers the final project, but a project that meets time and cost exigencies.

“The important thing with contracts is controlling your costs,” Gyan says. “If you’re able to get good quotes from people, then we are able to be very competitive. With a competitive cost structure, we have the ability to win more contracts. So that has a very direct impact not only on my top line but also my bottom line. And together we all build our businesses and achieve the success we all want.”

While projects of the magnitude of KPTL’s require long-term vision and a bulletproof corporate strategy capable of addressing India’s complex challenges, Gyan also takes a more collegial outlook closer to home, taking one step at a time with his colleagues to build on their own success.

“My main message to my team always has been – and it also holds for everybody else – is that if we keep on creating our own milestones, and keep achieving and beating ourselves, we will reach the excellence that we have always aspired to,” he says.

“If we keep on creating our own milestones, and keep achieving and beating ourselves, we will reach the excellence that we have always aspired to.”

“Excellence is not a goal, it is a journey. So one has to go on creating short-term goals, for ourselves, by ourselves, and we must address them. We have to compete against ourselves rather than looking at the outside world, and then go on the journey of excellence to be able to achieve satisfaction in work and life.” 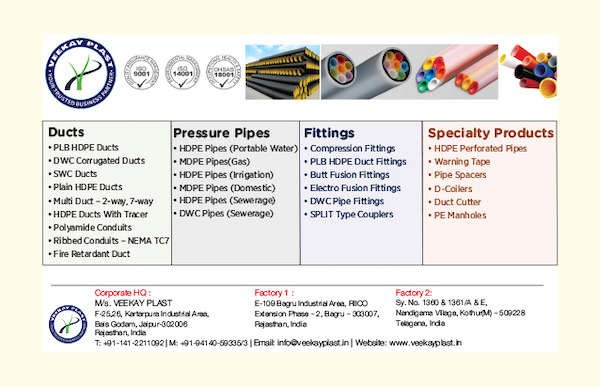 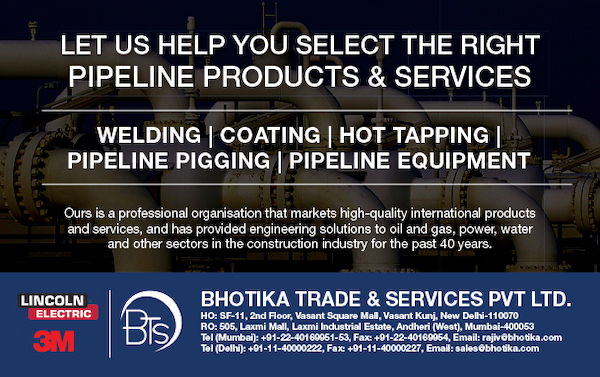