“Electricity is a growth engine for any nation.”: Harsh Shah 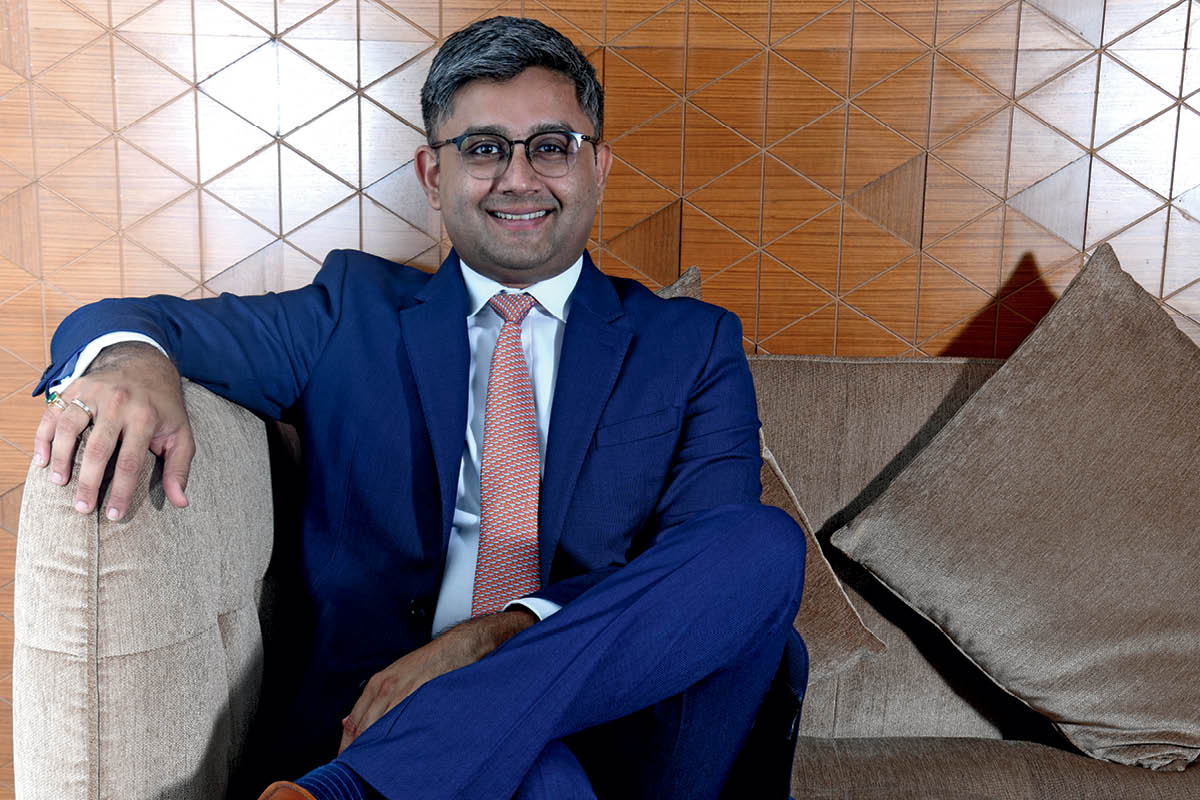 India’s infrastructure sector requires around US$200 billion of investment to achieve its desired growth. The person championing this advancement in the country is Harsh Shah, the CEO of India’s first power infrastructure investment trust, India Grid Trust (IndiGrid).

“IndiGrid contributes to India’s infrastructure sector, resulting in the social and economic development of the nation,” he says. “We exist because we operate our assets well. We select good projects and offer our investors a stable platform to invest in India.”

The business currently has nine projects on the go, plus a network of 20 power transmission lines covering 5,800 circuit kilometres as well as four substations of 7,735 MVA capacity across 13 states in India.

He came equipped with a Bachelor of Electrical Engineering from Gujarat University and a Master of Business Administration from the National University of Singapore, plus ample experience in the infrastructure sector, including a stint as CFO of Sterlite Power.

Before IndiGrid’s inception, the executive team at Sterlite Power analysed infrastructure businesses across India to determine which sector had the most potential. The clear winner was the transmission space.

The fact that it is a social sector also contributed to the team’s decision to focus solely on transmission. “Electricity is an enabler to the growth of a country,” Harsh says.

“The social impact that we carry energises our employees. It is not just economic development, it is social development. A person not receiving electricity in northern Kashmir throughout winter in the past is receiving it now. It allows schools and hospitals to have light.”

Originating from a partnership between Vedanta Limited, formerly known as Sesa Sterlite/Sesa Goa Limited, a mining company based in India, and Sterlite Power (its most significant and most crucial stakeholder), IndiGrid is now owned by KKR Sterlite Power and GIC Private Limited.

Every single worker in our company relates to the core purpose; they can see the value they’re adding to India.

“That is unique to us because we have our operating sponsor, Sterlite Power, which provides operating knowledge, and then the financial sponsor, KKR, which delivers access to global capital markets as well as corporate governance.”

The business aims to communicate its message loud and clear: IndiGrid is working to keep India bright. “Indian investors see the value and admire that their investment is making an impact in India as they earn the returns, which is fine, while they’re also making an impact,” Harsh says. 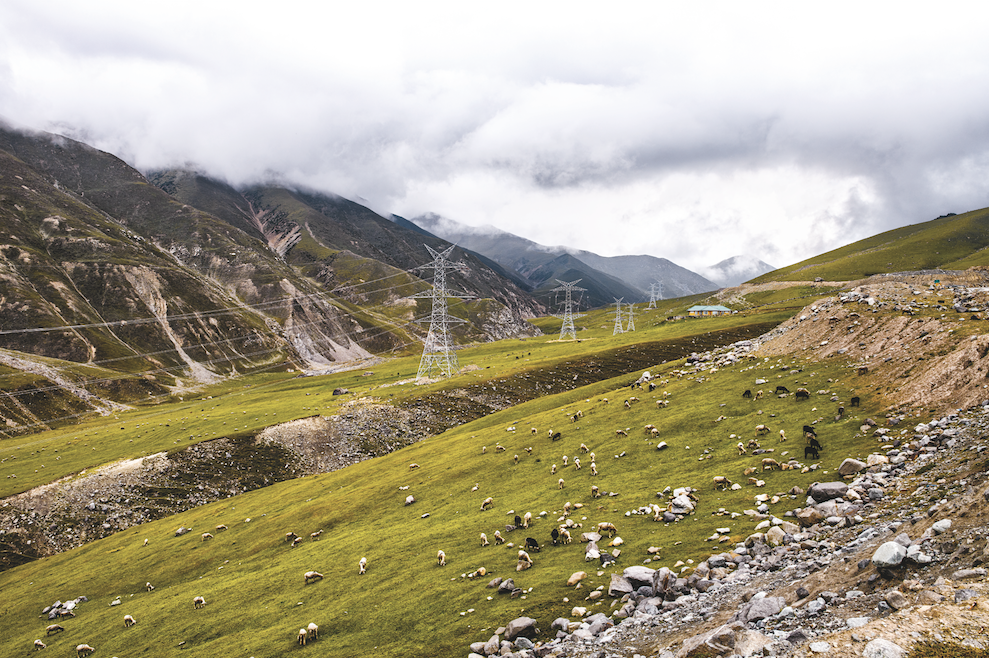 “It enables people to say, ‘We own the roads in India by an Indian investor. We also own the transmission lines and power plants,’” he notes. “That mobilises a huge amount of capital and acts as a big booster to the economy.”

Harsh views “electricity as a growth engine for any nation”. And with India’s population reaching nearly 1.37 billion in 2019, the country will need a considerable amount of energy to keep the power on.

“Investing in transmission enables more households to have electricity,” Harsh explains. “That is a significant social part of our vision.” IndiGrid also intends to solve the tough challenge of energy delivery.

“We are providing electricity to the most distant areas of the country including Srinagar, and Jammu and Kashmir,” Harsh says. Such reach will not only empower people but also result in more development in India.

“The sector captures growth, profitability and social angle. That’s why we selected transmission,” he confirms. “If we decide to look at further expansion in the future, IndiGrid may look at adjacencies, but not unrelated diversification. We want to stay close to our core purpose.”

Harnessing the right set of investors and capital sources is essential for IndiGrid to invest in more assets. The power transmission sector also offers a risk–return opportunity.

Harsh says the development of transmission assets is a considerably risky business because there are cross-country projects and there is project execution risk.

“However, operating or owning the power transmission asset, which is already completed and revenue-generating, is a safer proposition because it offers long-term yield,” he says.

“The perpetual ownership of assets with predictable cashflow is around 35 years.” IndiGrid operates intrinsically with its core values which have been passed down from Sterlite Power.

These include innovation, respect and fun. However, there are some additional values its internal team is guided by to ensure success. Integrity is one of those and something that defines IndiGrid’s moral compass.

“We earn the trust of our investors, peers, and stakeholders through our consistent actions and governance practices,” Harsh says. “We walk the extra mile to deliver on our promises. We stand up for what we believe is right, even when it may be uncomfortable to do so.” 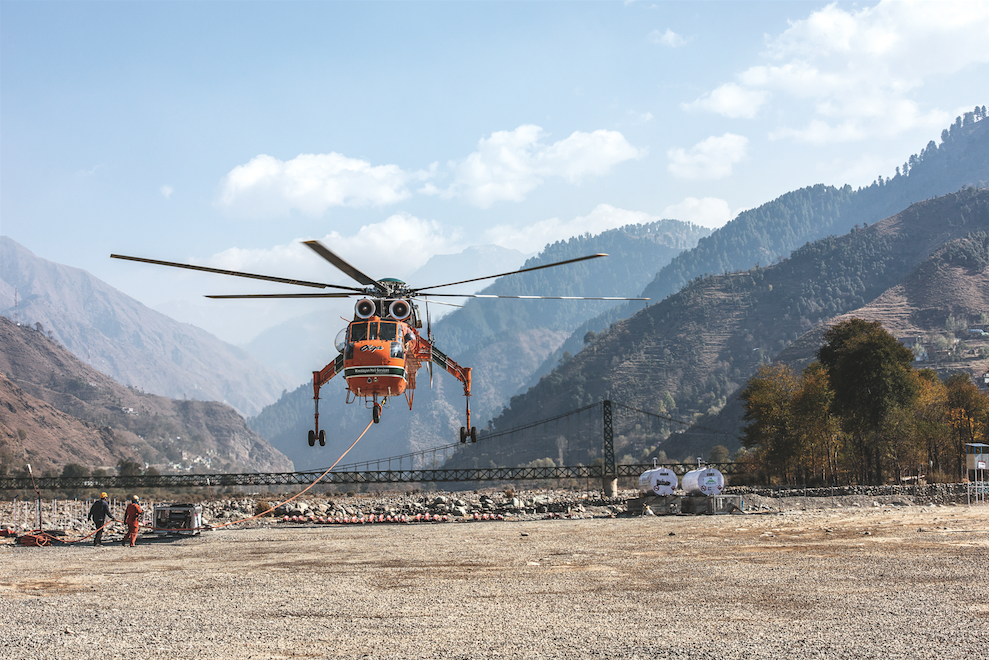 Pursuing excellence is another important one that’s always in the back of everyone’s minds. It ensures that IndiGrid consistently delivers quality and improves on its deliveries now and in the future.

“We are always hungry for more,” Harsh comments. “We are never fully done. We are hungry for impact. We seek greater challenges.

We create more opportunities than we are bestowed with.” Then there is agility – a value that’s of utmost importance for organisations in this day and age.

Harsh explains that IndiGrid is decisive and that it carries bias for action, ultimately delivering results with dynamism and flexibility. “We take ownership and rise above our defined roles and titles to solve problems and deliver results,” he explains.

IndiGrid has three types of strategic partners. The first is Sterlite Power, who is a sponsor as well as a partner. “We acquire projects from Sterlite Power, the entire asset is built by Sterlite Power, which is the most difficult part of the business,” Harsh confirms. “The other stakeholders – our investors are also our partners such as KKR and GIC. There are also SME partners, who provide critical services. “The focus is to build their capabilities because most of these partners are first-generation entrepreneurs,” Harsh explains. “We build their capabilities in terms of Environment, Health, and Safety (EHS), which is an essential part of our business because people work at heights, working with alive electricity is very risky.” Most of the vendors who started working with IndiGrid or its assets over the past seven years, have seen their counterparty grow from scratch to a market cap enterprise of INR5,200 core (US$724 million). “We allowed them to scale their business with us, as well as with the competitors, by adding to the capabilities in terms of human resources, technology, and processes of EHS and operational excellence.”

“We take responsibility for our failure.” Reliability is another value that IndiGrid’s team all uphold, followed by a commitment to valuing people. Harsh says this is important considering IndiGrid’s staff members put in a lot to guarantee IndiGrid’s success.

Everyone is trusted and empowered to make decisions and do their role well. “We recognise that it is our employees, investors, partners, vendors and industry peers who invest in our purpose and vision,” he comments.

“We know that our success is a function of our ability to attract and retain the best talent. We understand that strong teams win; a group of strong individuals may not. We hire great people who can embody our culture, and we create an excellent environment for them to thrive, learn and grow. We have fun. Life is beautiful. We are here to make a difference.”

Harsh adds that IndiGrid’s staff consists of individuals who constantly strive for more; they want to create a life that is beyond what they see as their immediate future.

“We aspire to connect with a higher purpose in life,” he relays. “Every single worker in our company relates to our core purpose; they can see the value they’re adding to India.” 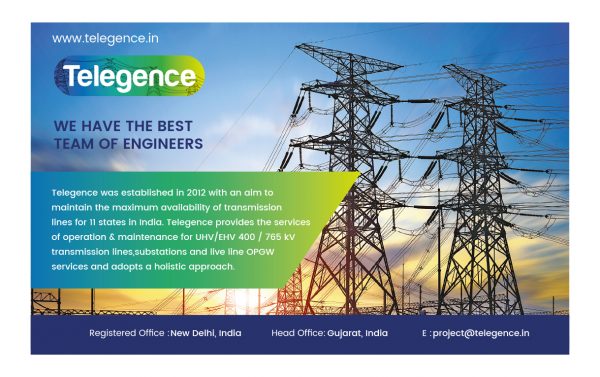 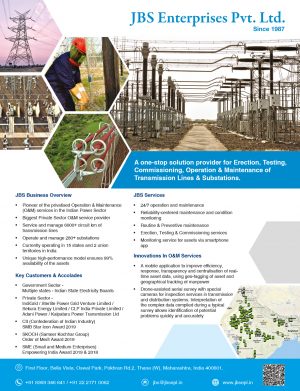