A successful global energy player, Enagás operates as the best in class, while CEO Marcelino Oreja works in collaboration with strategic business partners.

A successful global energy player, Enagás operates as the best in class, while CEO Marcelino Oreja works in collaboration with strategic business partners. 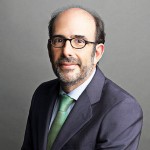 Since its foundation in 1972, Enagás has grown exponentially in Spain, and lately to other European and international markets to offer a high level of technical expertise, namely Mexico, Chile, Peru, Greece, Albania, Italy, and Sweden. The CEO Magazine spoke to Marcelino Oreja, CEO of Enagás, about the company’s strategy for internationalisation, the relationships it has developed over the years, the future of the gas sector, and sustainability efforts.

The CEO Magazine: How has the company grown and expanded over its existence, particularly internationally?

Marcelino: I arrived at Enagás in 2012, when the process of internationalisation had already started, with projects underway in Mexico and Chile. Enagás has since assessed more than 200 international projects in 63 different countries. The main driver behind these projects is having the leverage of experience as transmission system operator and developer of natural gas infrastructures in different markets.

In recent years, the position of Enagás as a global specialist in LNG regasification has gone from strength to strength, while partnerships with local groups with complementary skills remain stable, thereby easing predictable cash flows with attractive returns. As a result, Enagás has become, in four years, an international midstream company present in eight countries.

What sets Enagás apart from its competitors?

Over the course of its more than 45-year history, Enagás has developed the key infrastructures for the Spanish gas system, transforming it into a benchmark for security and diversification of supply.

The company is the main carrier of natural gas in Spain, with more than 11,000 kilometres of pipelines, and is also the technical system manager.

Furthermore, Enagás is accredited as an independent transmission system operator by the European Union.

We are a leading global liquefied natural gas [!lng!] company—first by number of LNG regasification terminals in the world, and third by regasification volume. This situation sets Enagás apart from its competitors. Very few companies have such an expertise and can compete with Enagás.