Meeting the needs of the Tennessee Valley: Bill Johnson 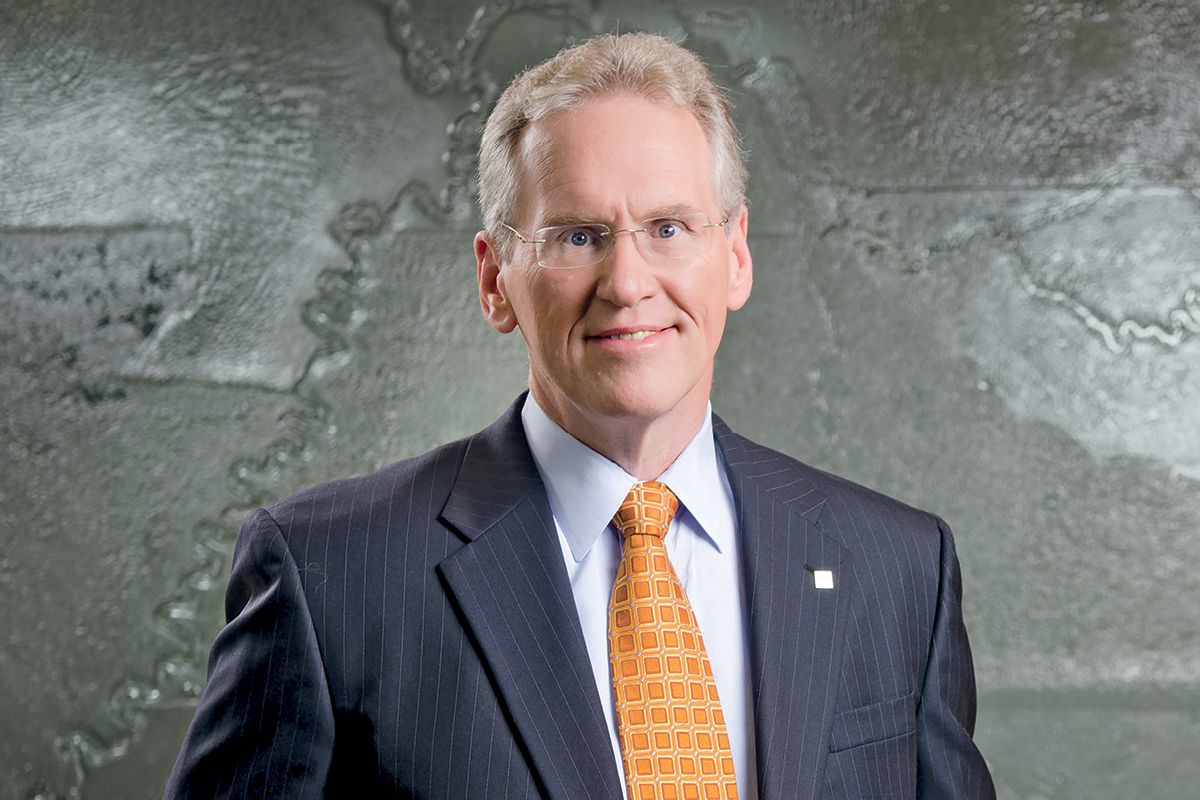 With the likes of Social Security, the Securities and Exchange Commission and the Federal Housing Administration, President Franklin D Roosevelt’s New Deal programs were created in the 1930s to help the US recover from the Great Depression.

Though it was the Tennessee Valley Authority (TVA), a public utility company based in the titular valley, that would prove one of FDR’s most daring and valuable inventions.

Formulated with the help of Nebraska’s Senator George Norris, TVA was established in 1933 to help combat rampant poverty and disease in the region by providing both jobs and electricity for its citizens.

Unlike most of the other New Deal agencies, though, TVA was envisioned as a publicly owned, privately run business, with FDR calling it “a corporation clothed with the power of government but possessed of the flexibility and initiative of a private enterprise”.

Within years, TVA would employ thousands of Americans and modernize the Tennessee Valley. Today, it is the largest public utility in the US, providing power to millions of customers throughout the state of Tennessee, as well as sections of Alabama, Mississippi, Kentucky, Georgia, North Carolina and Virginia in conjunction with local power companies.

“TVA was founded on a simple but specific mission: to improve the lives of those in the Tennessee Valley,” says Bill Johnson, who retired from his position of CEO and President of TVA in April.

He adds: “Nearly 86 years later, TVA has that same mission, but we’ve evolved in how we complete it. Whether it is investing in cleaner sources of energy, maintaining public land or partnering with other businesses to attract new investment to the area, our goal is to improve the lives of those we serve.”

Having started his career as a law clerk in the US Court of Appeals for the Fourth Circuit, Bill says he became interested in the energy industry while practicing law.

Working with utility companies, he says that he was “impressed by how much the public counted on reliable energy”, and that joining Carolina Power & Light in 1995 made for a “natural transition”.

When he became CEO and Chairman of Progress Energy in 2007, he says that he learned about the value of putting service ahead of profit in the industry. 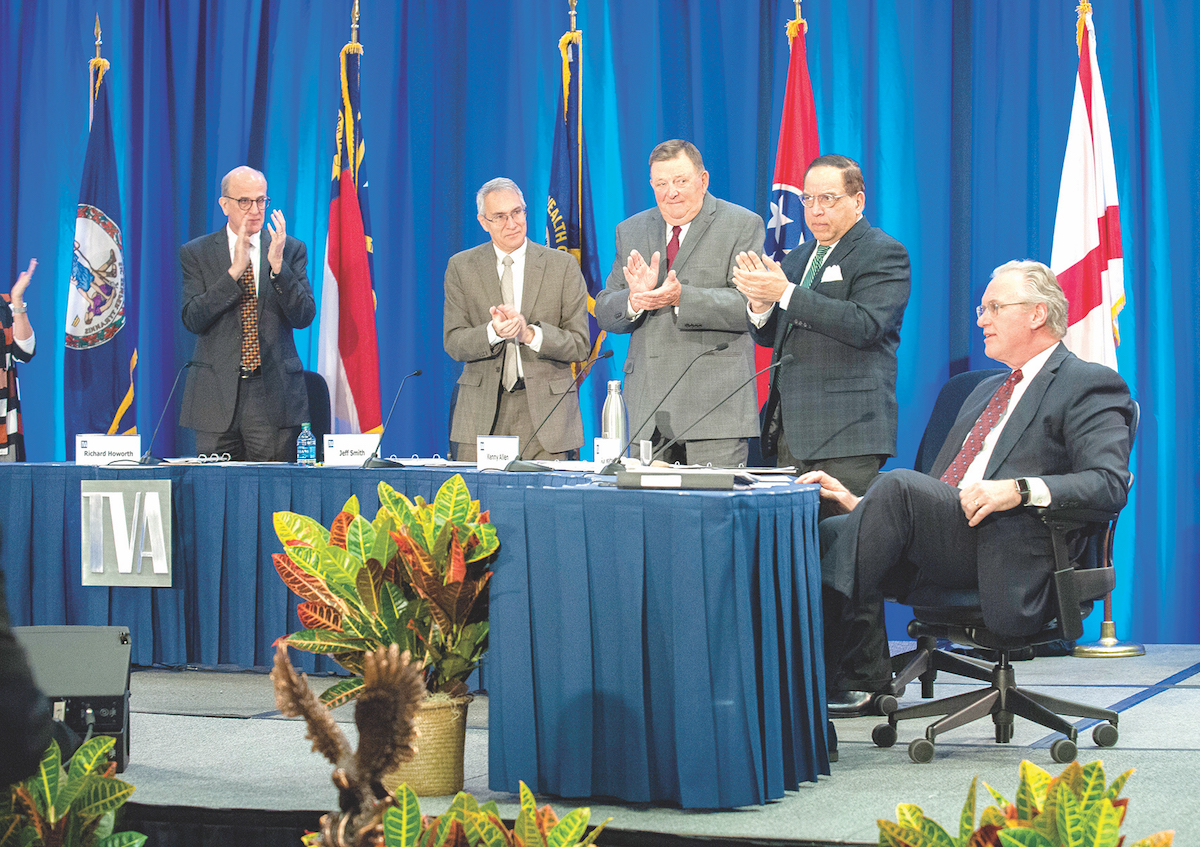 “When employees feel that leadership puts profit ahead of something like safety, it’s impossible to make progress. The trust necessary to work together as a team is compromised, and that is one of the hardest things to regain. Leaders must show they care about the wellbeing of those working for them. It’s the foundation of building a better organization, and it starts at the very top.”

Bill made caring for employees a priority when he joined TVA in 2013. “The people here understood TVA’s mission but were burdened by organizational and financial challenges. The board of directors were clear in telling me they expected us to address the root causes of these issues. My role was to provide the strong leadership necessary to engage our team to address that.”

During his six-year tenure, Bill not only reduced TVA’s debt by US$3 billion, he also modernized the utility by reducing its carbon emissions and investing in renewable energies.

Now, more than 50% of the power used by TVA comes from carbon-neutral sources and more than half of its coal-fired generating units have been retired.

Bill says that because of its diversification, the Tennessee Valley is further ahead in carbon reduction than many parts of the US and will continue that effort into the future.

Still, he says the decision to push forward with sustainable solutions and to shutter coal-fired units is “difficult”.

Ultimately, though, he says it is the right thing to do from an operational standpoint. “Our motivation is service, not profit,” Bill explains.

“Our motivation is service, not profit.”

“The steps that we are taking today are designed to add value and make people’s lives better. Although we have made a lot of progress since 1933, TVA still serves an area with a high percentage of economically distressed households, so we understand that we have work to do.”

The pursuit of better service for customers has been part of what has made TVA so popular in its home state of Tennessee. Owing to his pursuit of affordable energy for the region’s citizens, Bill was roundly praised when he announced his intention to retire in 2018. 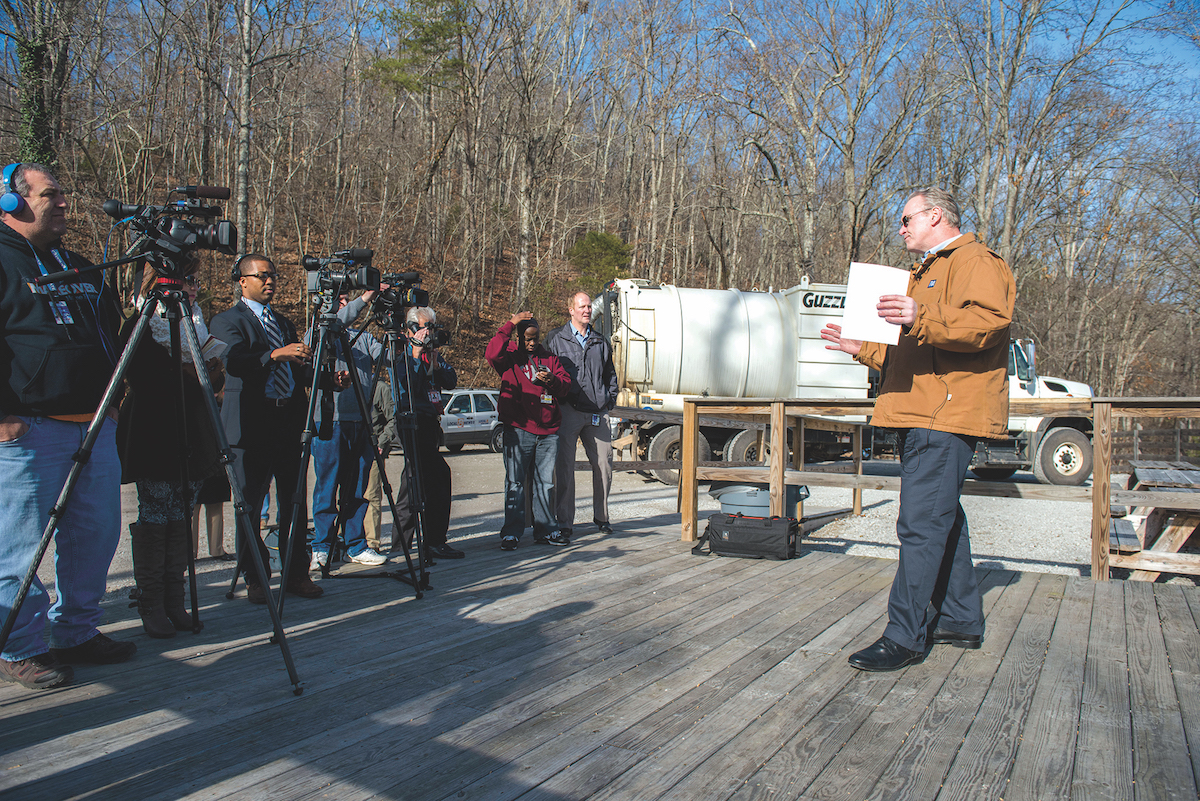 In a statement, Lamar Alexander, Tennessee’s long-serving Republican senator, praised him for his “sound management”, saying that under his leadership, “electric power is reliable, rates are competitive, the debt is smaller and the air is cleaner”.

There’s no doubt that Bill is leaving TVA on a high, having reduced its debt, maintained affordable rates, diversified procurement and maintained a power reliability rate of 99.999%.

As he moves onto his next role as CEO of PG&E in California, he says any legacy of his is a legacy of TVA. “I’ve been privileged to be a member of the team and contribute to the work they do each day serving the people of the Tennessee Valley,” he says.

“My job was to provide direction through the years so the team could address the organizational and financial challenges that were holding them back. I was there to remove any obstacles that got in their way.

“The fact that our employees came together to cut operating costs, invest in capital improvements and reduce debt while keeping effective rates steady is a testament to their work. Today, TVA has a strong operational and financial foundation to build upon as it continues to meet the needs of nearly 10 million people living in the Tennessee Valley.”